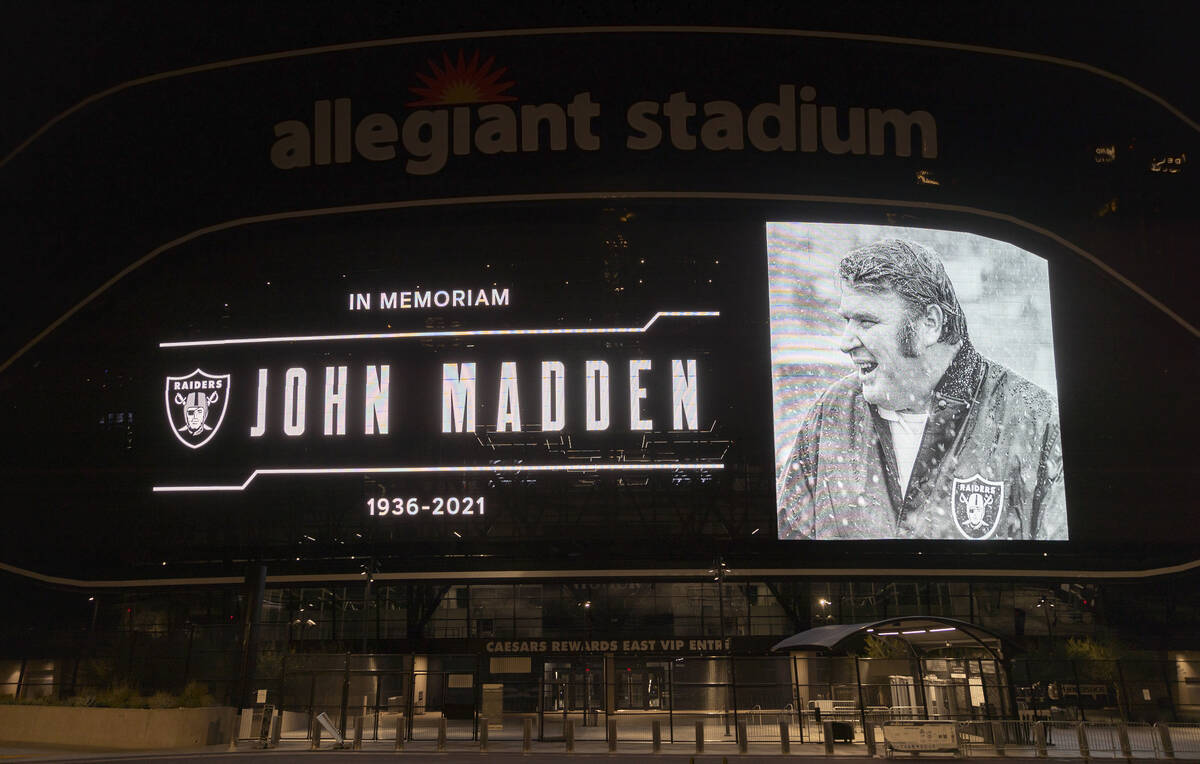 A tribute to John Madden, the Super Bowl-winning coach of the Raiders and a legendary broadcaster, at Allegiant Stadium on Tuesday, Dec. 28, 2021, in Las Vegas. Madden died Tuesday morning at the age of 85. (Benjamin Hager/Las Vegas Review-Journal) @benjaminhphoto

The gates of Allegiant Stadium will open at 1 p.m. on Sunday to give Raider Nation an opportunity to honor legendary coach John Madden before the Raiders host the Los Angeles Chargers later that night.

Madden died Dec. 28 at 85, and his family will light the Al Davis Memorial Torch before the 5:20 p.m. kickoff.

Fans with tickets to the game will have the chance to view and tour the famed Madden Cruiser, which will be on display on the west side of Allegiant Stadium.

Fans will also be able to visit an interactive display that showcases special moments in Madden’s life — including his pre-pro football days, Raiders coaching career, his time in the broadcast booth, his Pro Football Hall of Fame bust and the Madden video game.

Fans will have an opportunity to leave their thoughts, and memories of Madden on walls around the stadium can be found at the Modelo Tailgate Zone located inside the Southwest Entry Gate, on the North Plaza Platform located inside the Ford North Entry Gate as well as at the Madden Cruiser location on the west side of Allegiant Stadium.