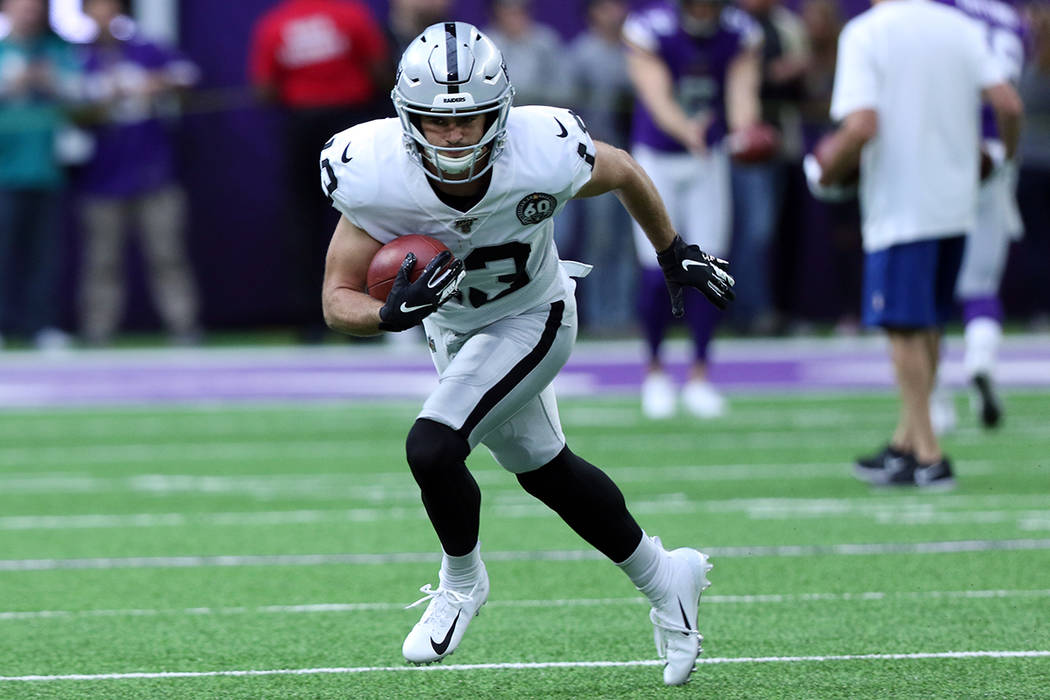 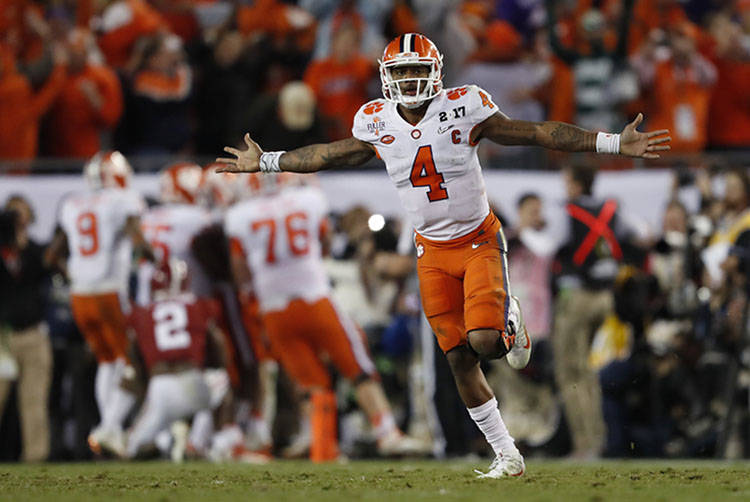 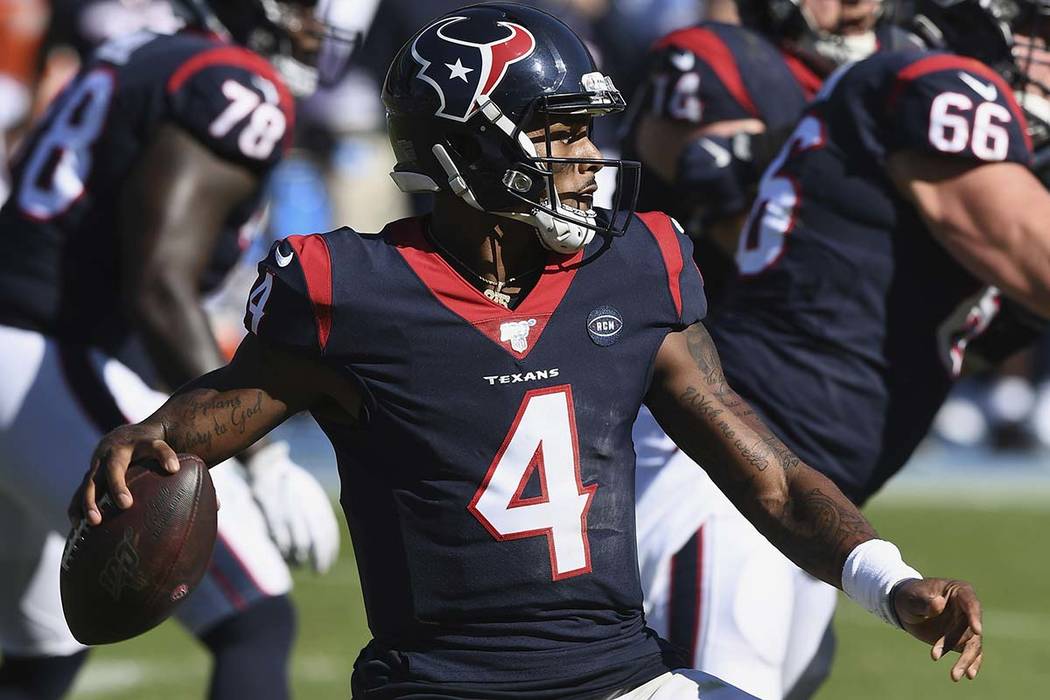 ALAMEDA, Calif. — Clemson connections abound on the Raiders, with the club selecting three players from the program during the 2019 NFL draft.

But this week, there will be a famous Clemson connection on opposite sidelines as the Raiders face quarterback Deshaun Watson and the Houston Texans.

In January 2017, Watson connected with then-sophomore receiver Hunter Renfrow for a game-winning touchdown pass with just one second left to defeat Alabama in the National Championship Game. That was the last pass Watson would throw in college. He declared for the 2017 NFL draft and the Texans took him with the 12th pick in the first round.

Renfrow caught 77 passes for 987 yards and 11 touchdowns as a freshman and sophomore playing with Watson at Clemson. And while you might think a last-second touchdown would be the most memorable moment in Renfrow’s shared time with Watson, Renfrow gave a definitive “no” on Thursday when asked if that was the case.

“You see the big moments, especially fans see the big moments and see us on the mountaintop, but it’s all about the climb,” Renfrow said. “Whether I’m playing football or in business or just in a regular job, you’ve got to come to work and try to get better every day. And he was the epitome of that. That’s why it was so fun to be around him.”

Renfrow said Watson’s knowledge of the game and the way he prepared as a quarterback truly stand out from their shared time together.

“It’s one thing to say how he’s very smart, he does the right things off the field — but he really does,” Renfrow said. “You can see why he has success on the field. Every practice, every day, he’s trying to get better. He’s trying to pick up on something new he didn’t see the day before — whether on film or on the field. And that’s what makes him so special.”

Since entering the league, Watson has become one of the game’s better young quarterbacks, racking up 7,816 yards with 58 touchdowns and just 22 interceptions in 30 games. He’s also rushed for 1,016 yards and 12 touchdowns. Watson is No. 5 among qualified leaders in passer rating (104.1) in 2019, completing 69 percent of his passes for 1,952 yards with 13 touchdowns and five interceptions.

Houston head coach Bill O’Brien said this week that Watson is “absolutely” becoming one of the league’s top quarterbacks in his third season.

“He’s an excellent player. He’s a great guy to coach,” O’Brien said. “He learns, he gets better every day, he’s got a great attitude. Very, very smart when it comes to all the things that go into our offense. ”

Raiders defensive coordinator Paul Guenther coached against Watson in the quarterback’s first career start Week 2 of 2017 — a game the Texans won over Guenther’s Bengals 13-9 — and said Watson has come a long way in his development.

“He’s an accurate thrower of the ball,” Guenther said. “He can move around the pocket. He’s athletic. He understands coverage.”

While Watson was sacked a league-high 62 times in 2018, his athleticism and ability to extend plays make him a significant challenge.

“He can create plays — unscripted plays — throughout the game,” Guenther said. “And he can throw it on time.”

Since entering the NFL, Renfrow is now a little too busy to watch his old quarterback on a week-to-week basis like he did the last two years at Clemson. But when he does, he recognizes the same Watson who threw him that championship-winning touchdown pass a few years ago.

“I haven’t watched him as much as I’d like to,” Renfrow said. “But the times I watch him, he’s still the same old Deshaun — calmer than everybody else on the field.”