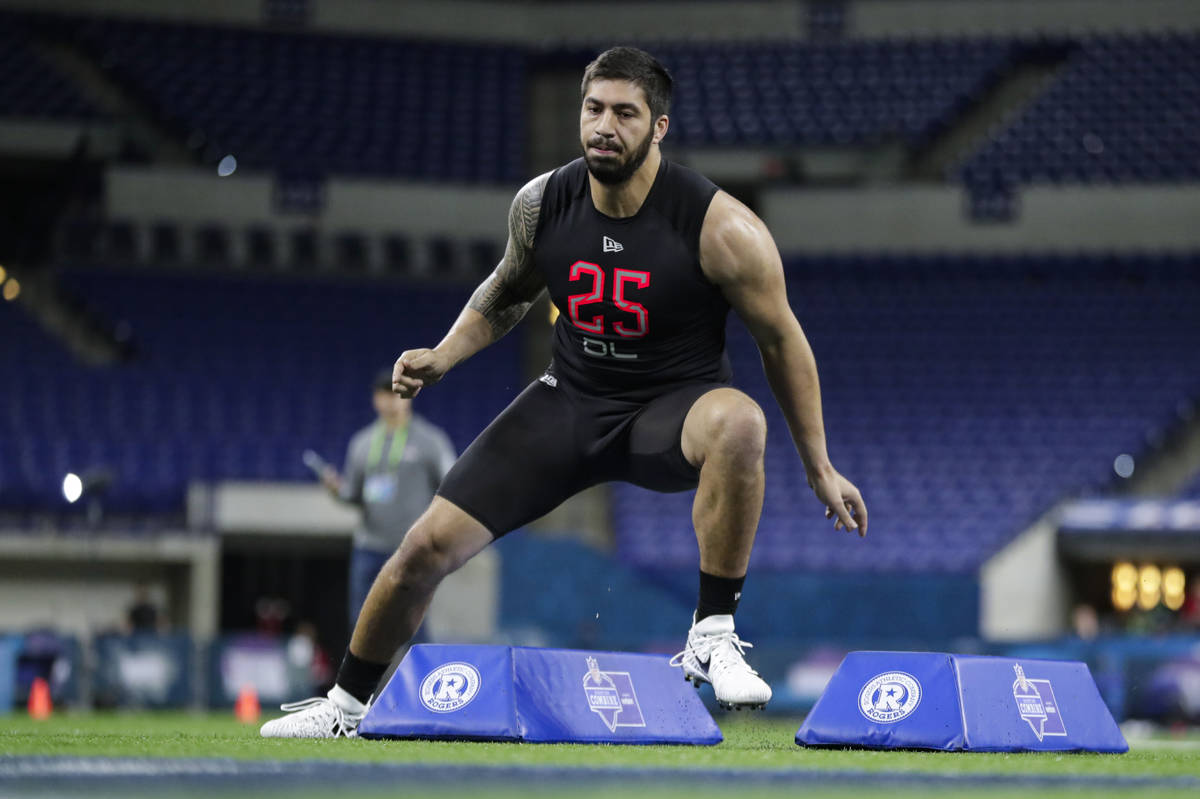 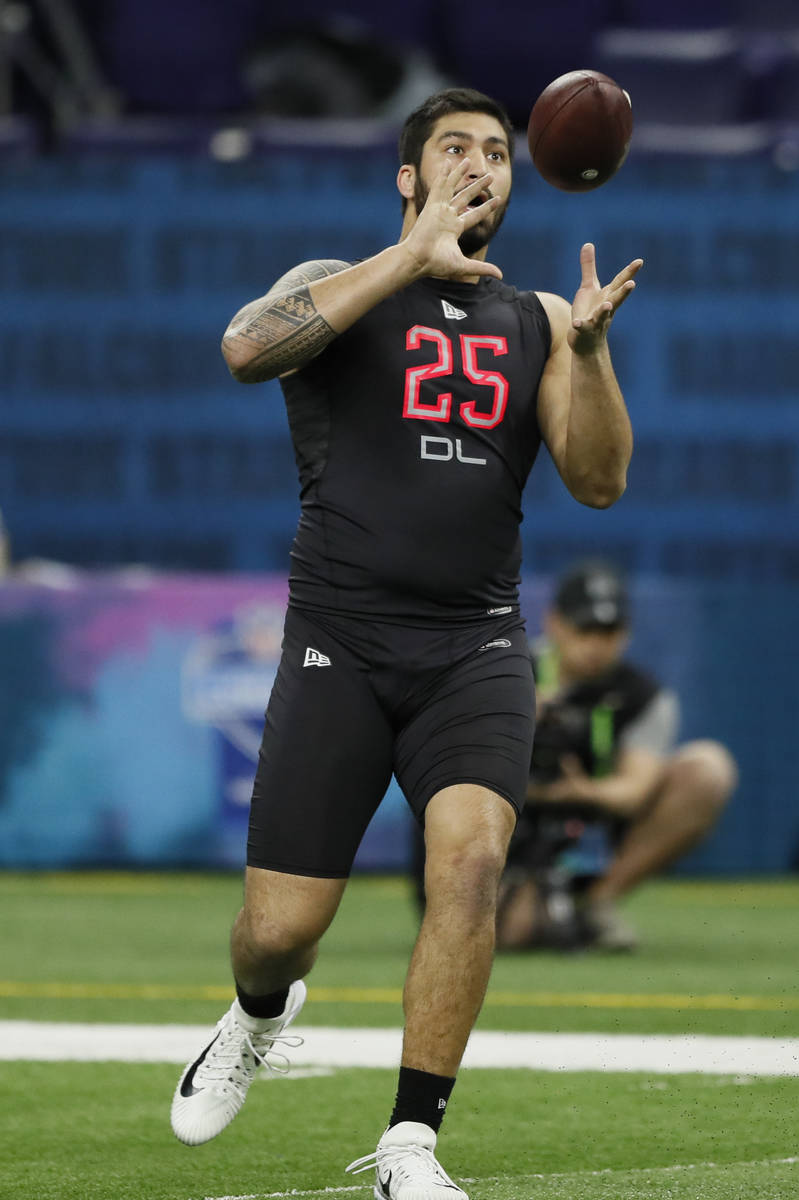 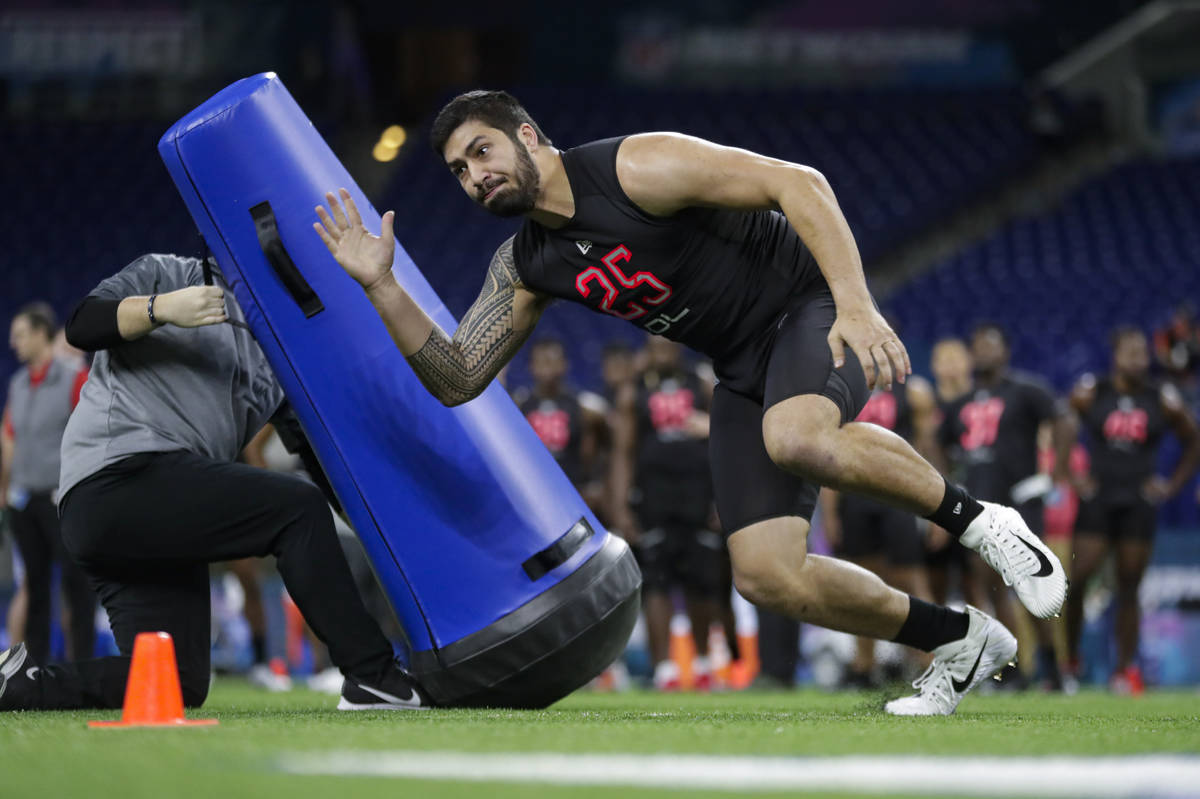 For every player who takes a dramatic leap on NFL draft boards with positive scouting combine showings, others take unfortunate falls because of lackluster speed and agility test scores.

That has been the case again this year, as some highly regarded prospects have taken a fall after posting subpar numbers at the combine. There’s no better example than Iowa defensive end A.J. Epenesa.

Making matters worse for Epenesa and other players who suffered the same fate are the travel and social gathering restrictions that were implemented to help curb the spread of the coronavirus. It resulted in most college pro days being canceled and the NFL forbidding teams from coordinating in-person visits with prospects.

That means no second chance to make amends.

The double-whammy probably will cost Epenesa at the draft.

Epenesa was a productive player by relying on size, technique, motor and nuance over high-end athletic ability at Iowa. And at 6 feet 5 inches and 275 pounds, he more than passes the eyeball test.

Combine that with his 30.5 sacks in 26 games in his final two seasons, and it explains why some considered him a potential top 10 pick.

On film, at least, he is worthy of being slotted in that draft area. Given the importance of his position and the need to create pass rush off the edge, someone might put more weight on production and talent than physical test scores and take him in that range.

But teams better be sure he can overcome what appears to be less-than-desirable athletic ability to become a productive NFL player.

Sensing the concern about his lack of athletic ability, Epenesa tried to put teams at ease.

“I think there’s some out there trying to say that I might be slow or not explosive, and I just want to show that I’m not slow and not not explosive,” he said. “… I want to prove people who doubt me wrong.”

Unfortunately for him, his 5.04 40 time at the combine — one of the worst at his position — didn’t help his cause. He was not much better in the three-cone drill or broad jump, both of which were on the lower end among defensive ends.

If teams view Epenesa as strictly a defensive end, those physical numbers make it hard to justify picking him in the upper half of the first round.

But Epenesa could profile as a mix between defensive end and defensive tackle, which would add to his value. Given his size and precision at handling offensive linemen and creating havoc in the backfield, he can make the move inside on passing downs to give teams pass rush edge from the interior and exterior.

“He didn’t have a great workout at the combine, but he’s a better football player than tester,” ESPN draft analyst Todd McShay said during a recent conference call. “We knew that going in. He reminds me of Trey Flowers, the former pass rusher out of Arkansas. Epenesa has strong hands. He can move around a little bit and do different things.”