Davante Adams fulfills life-long dream to be a Raider 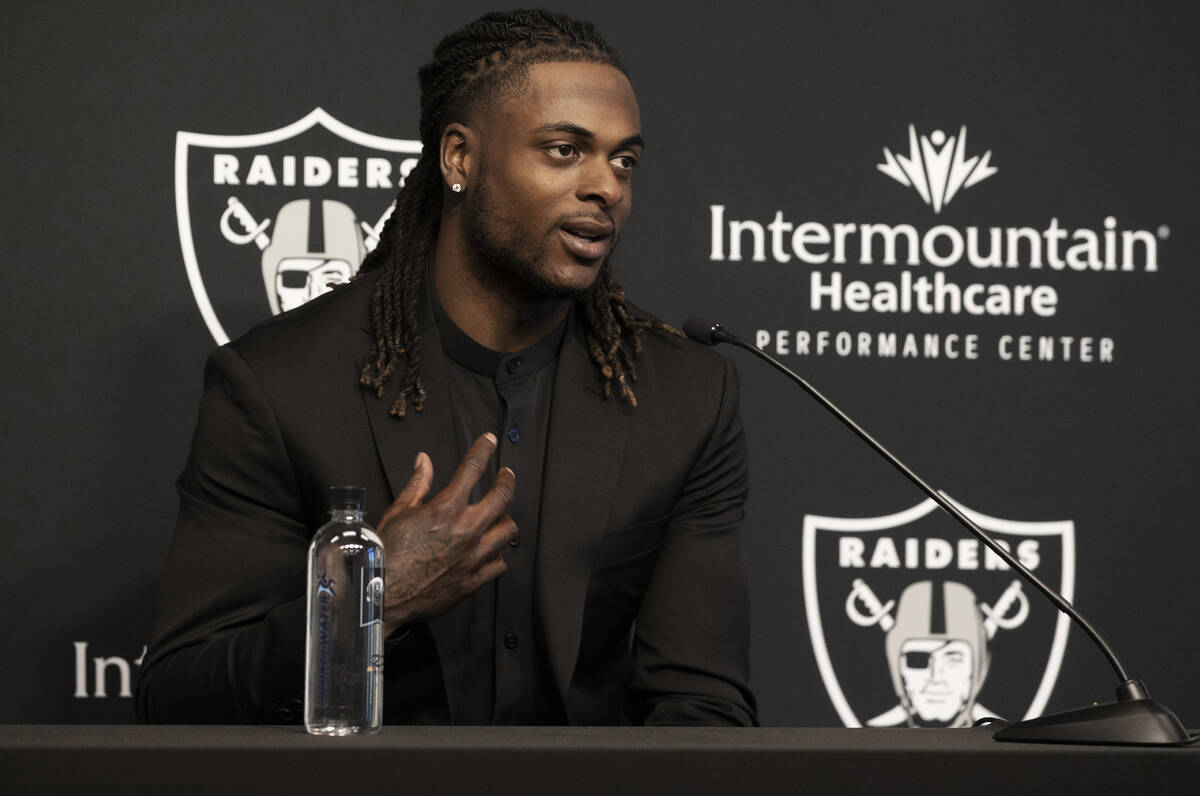 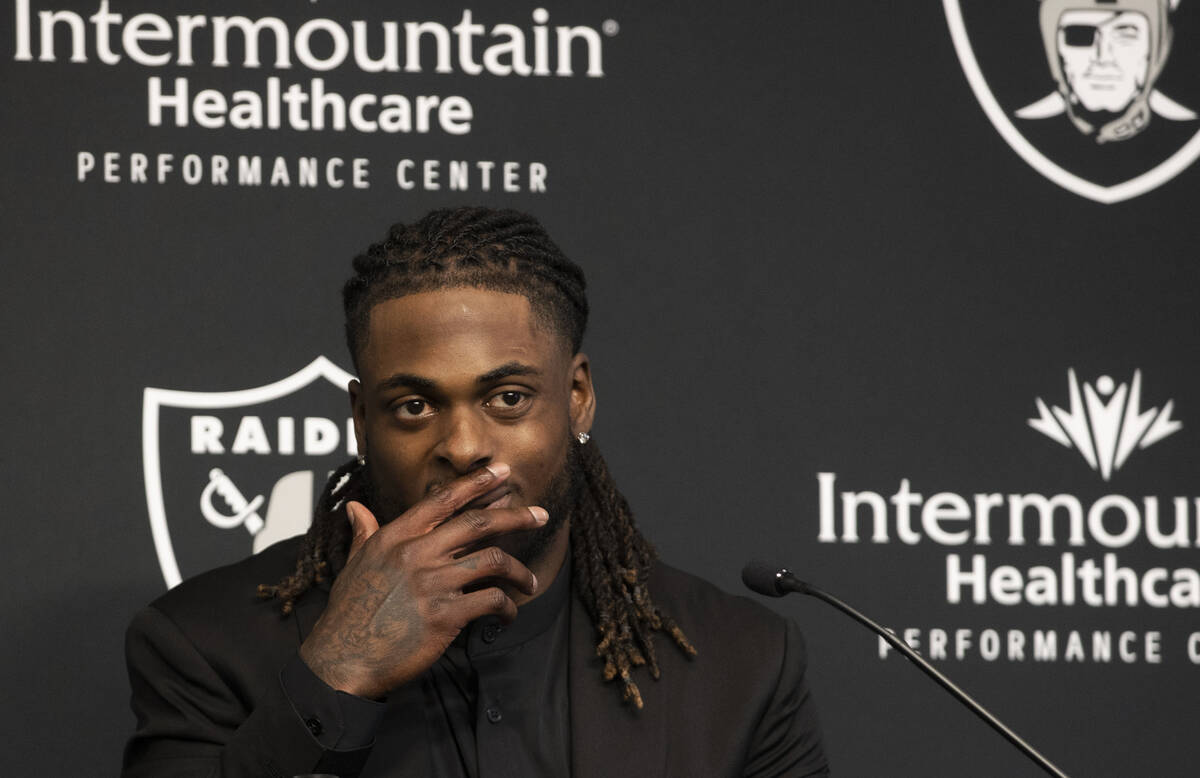 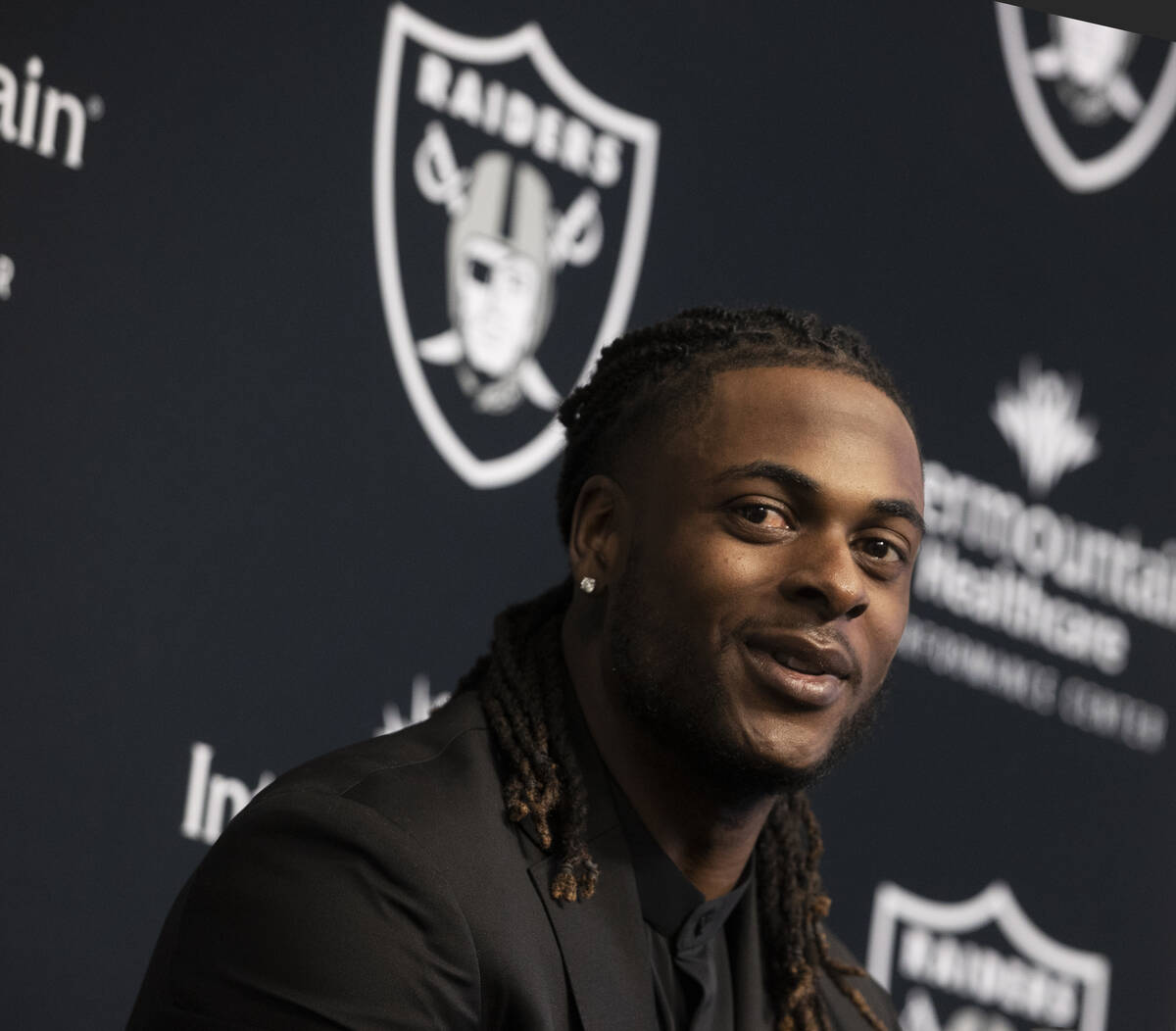 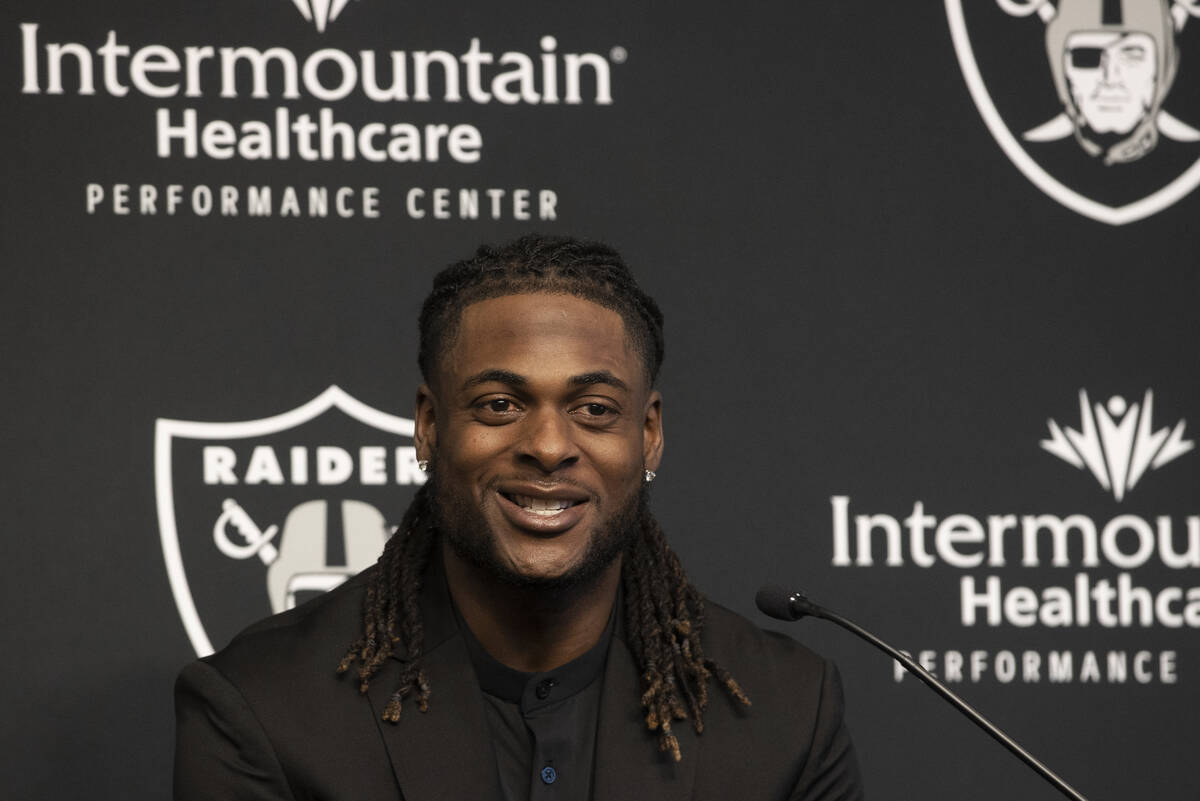 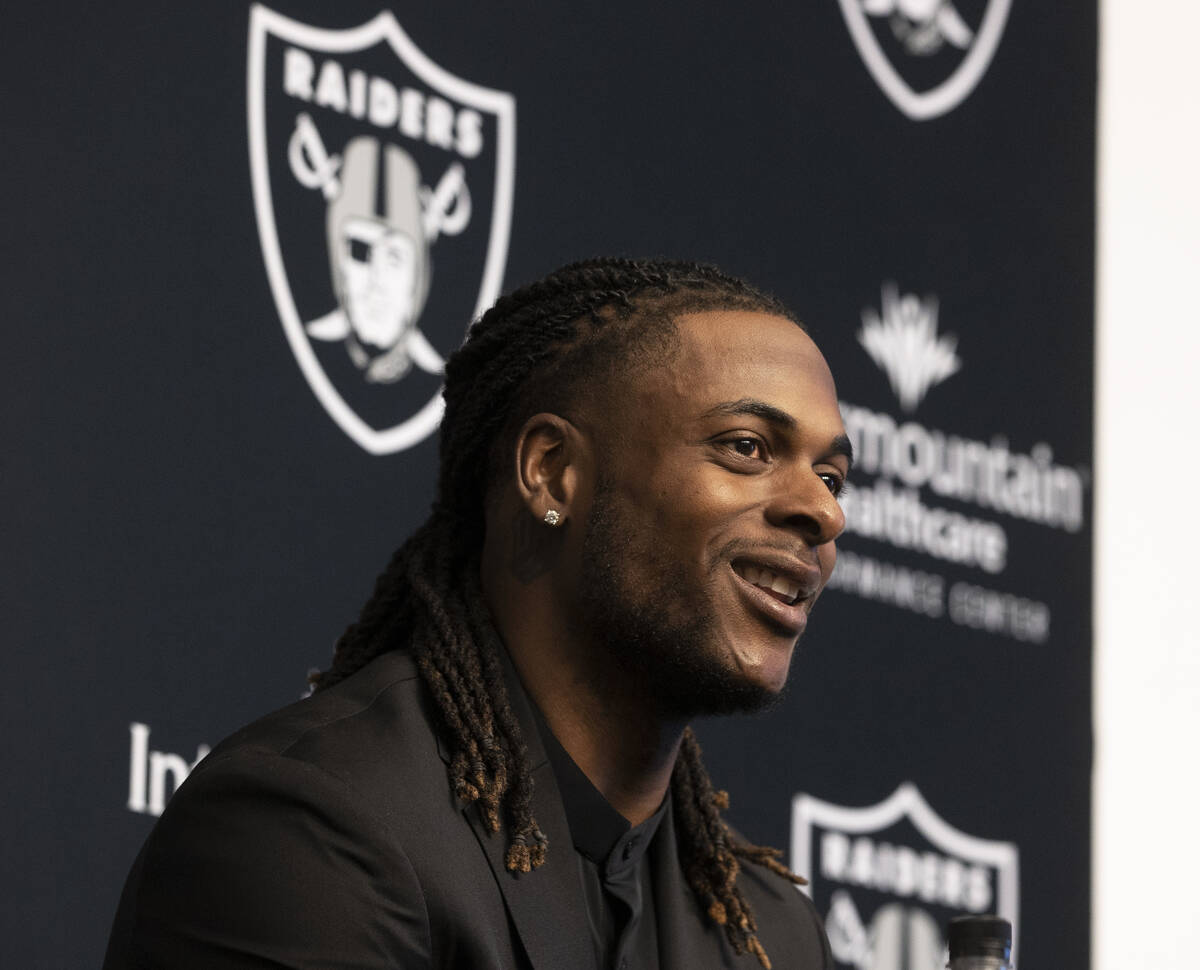 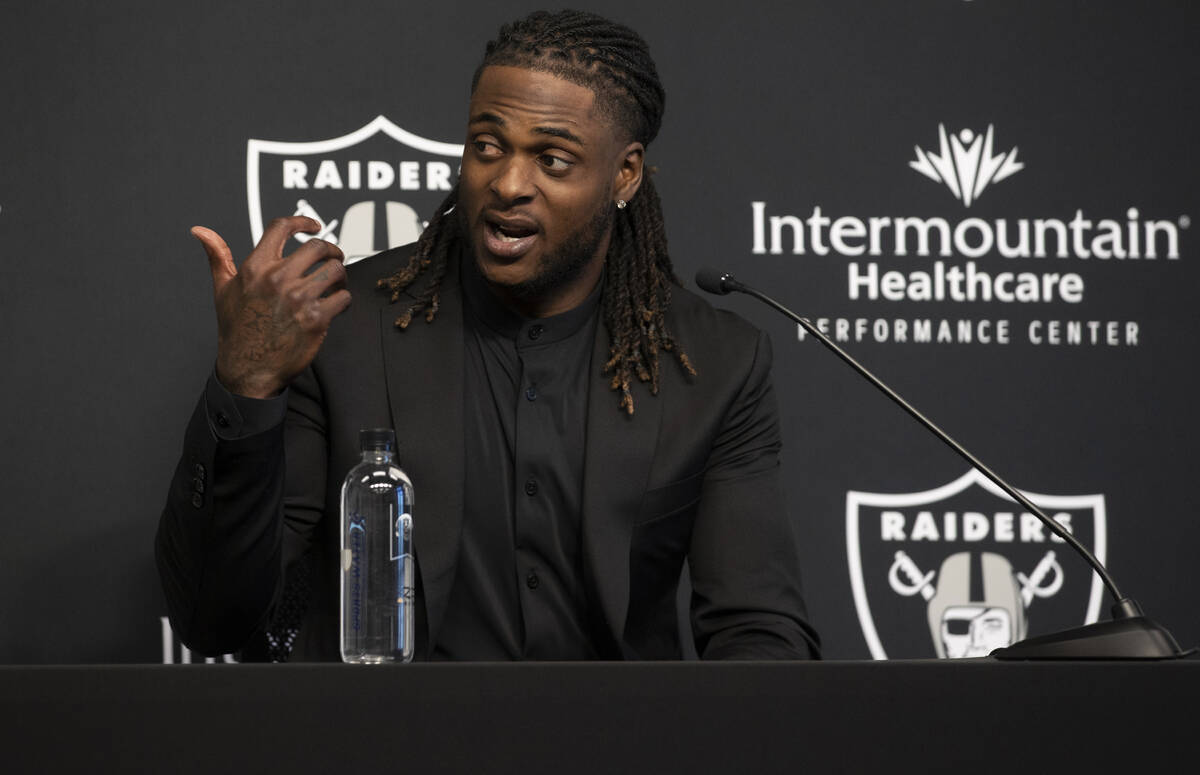 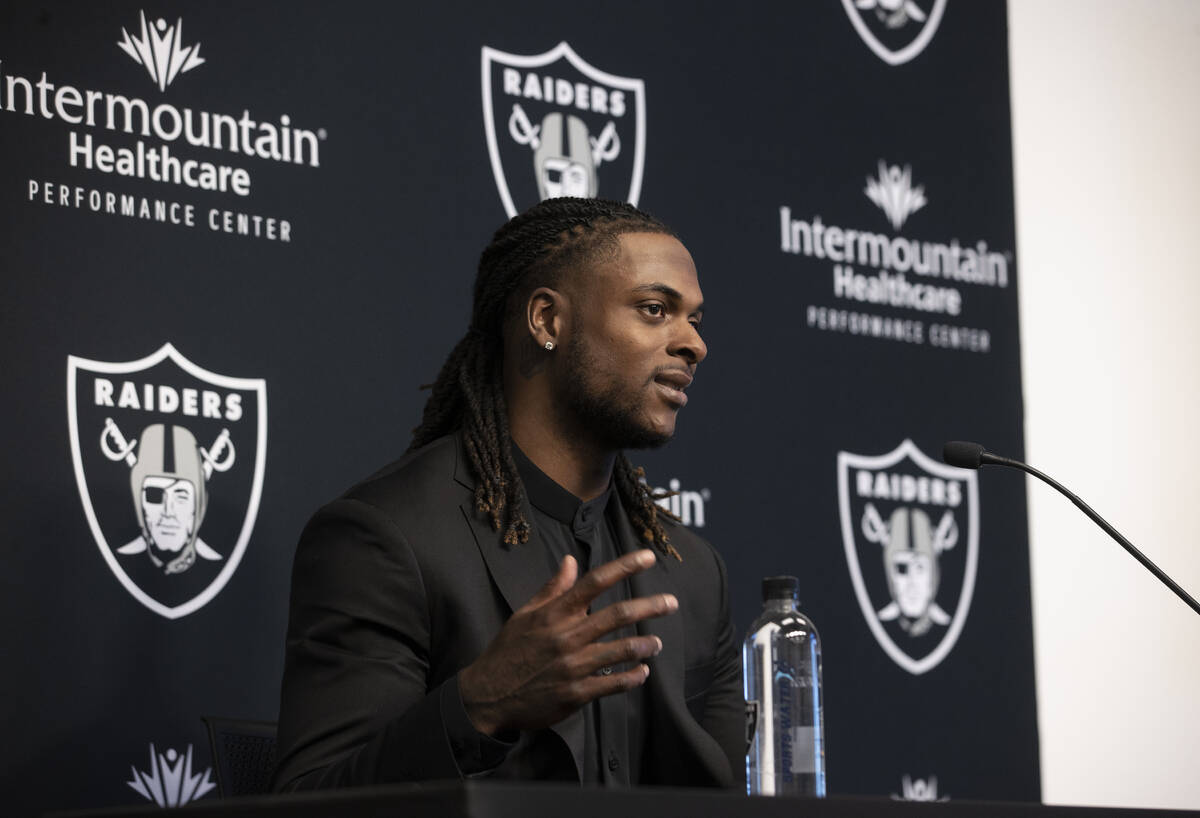 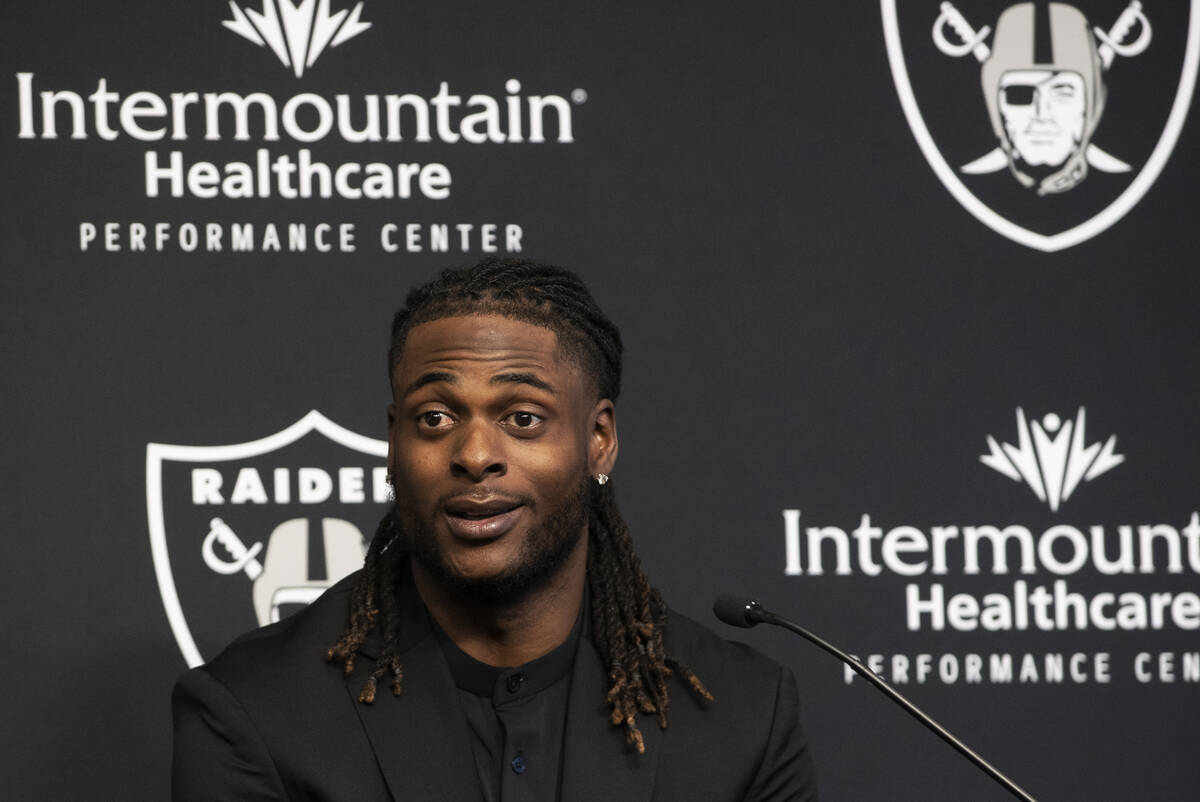 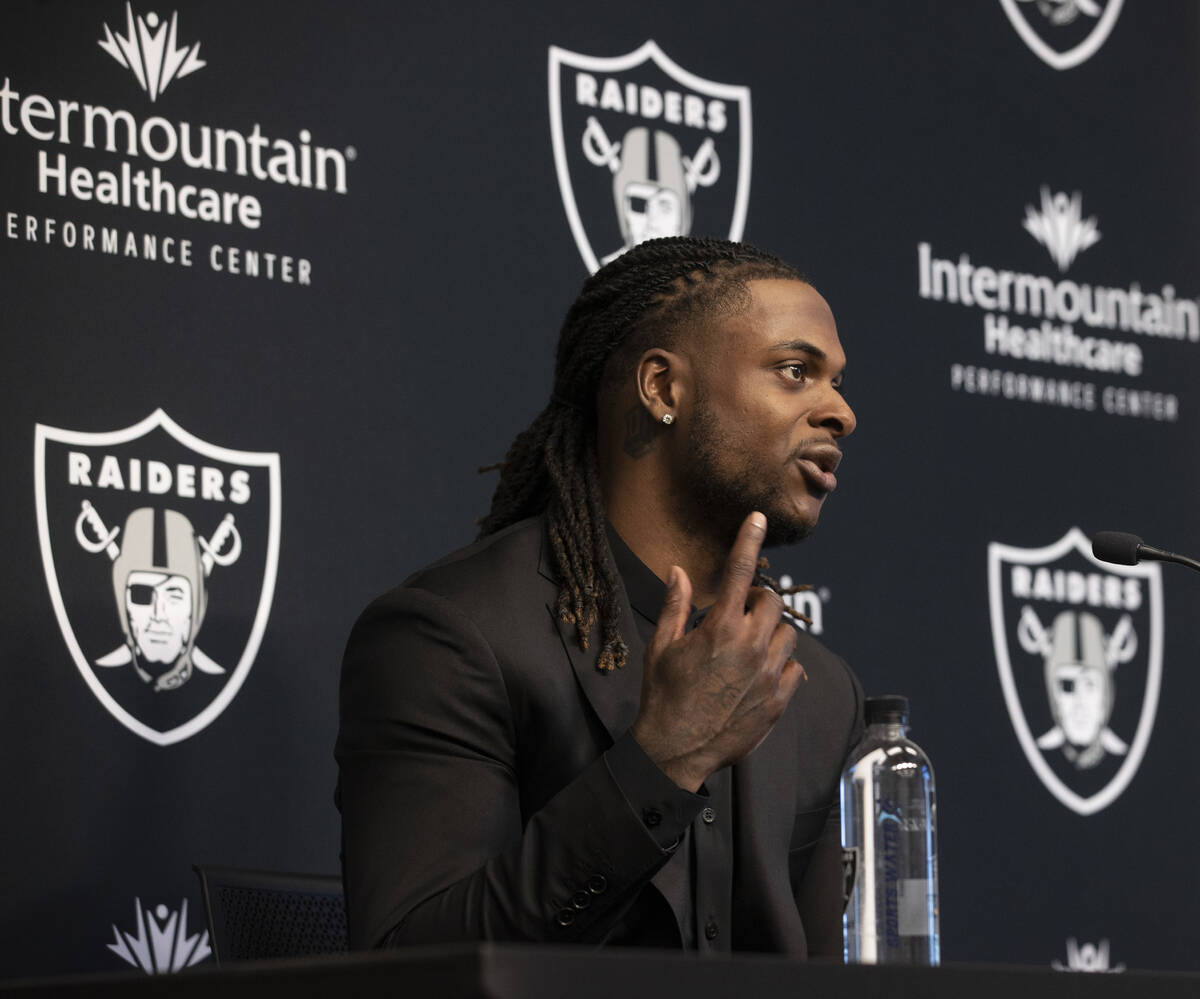 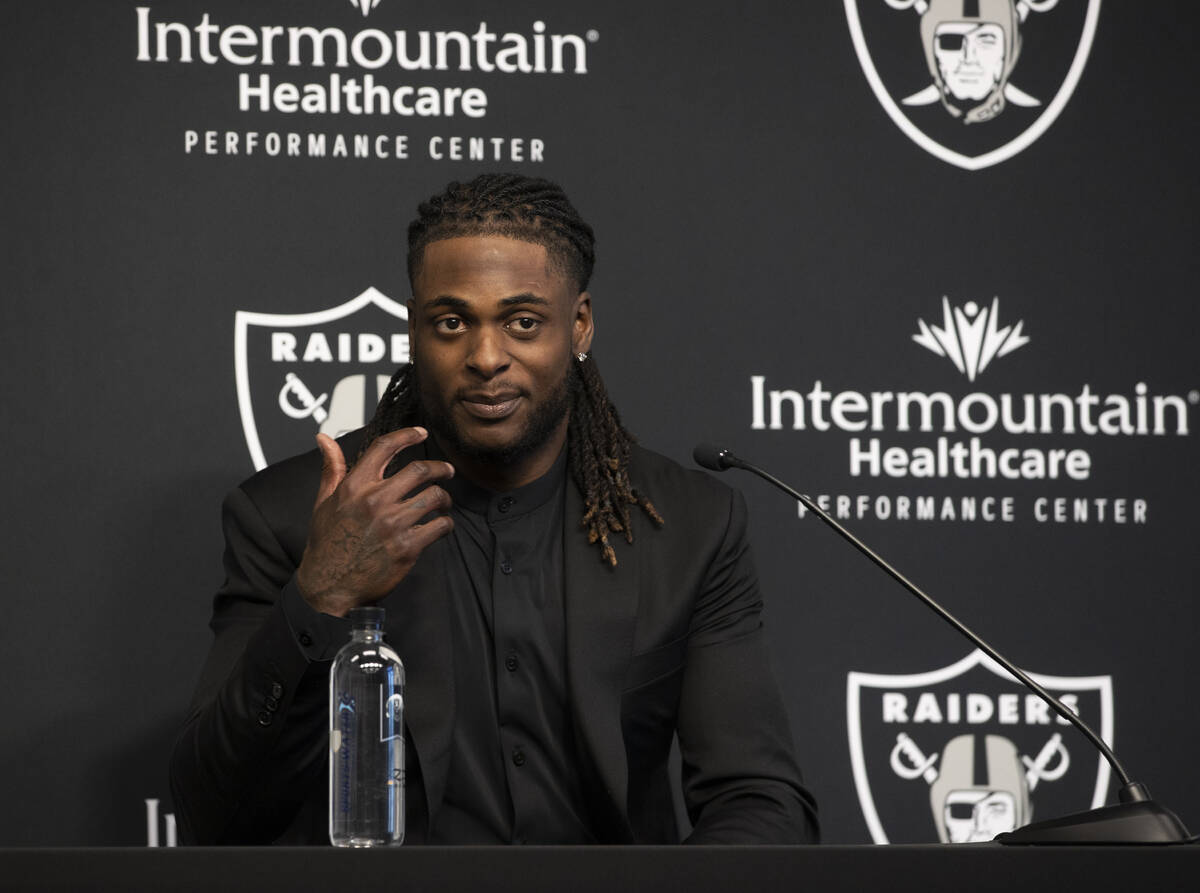 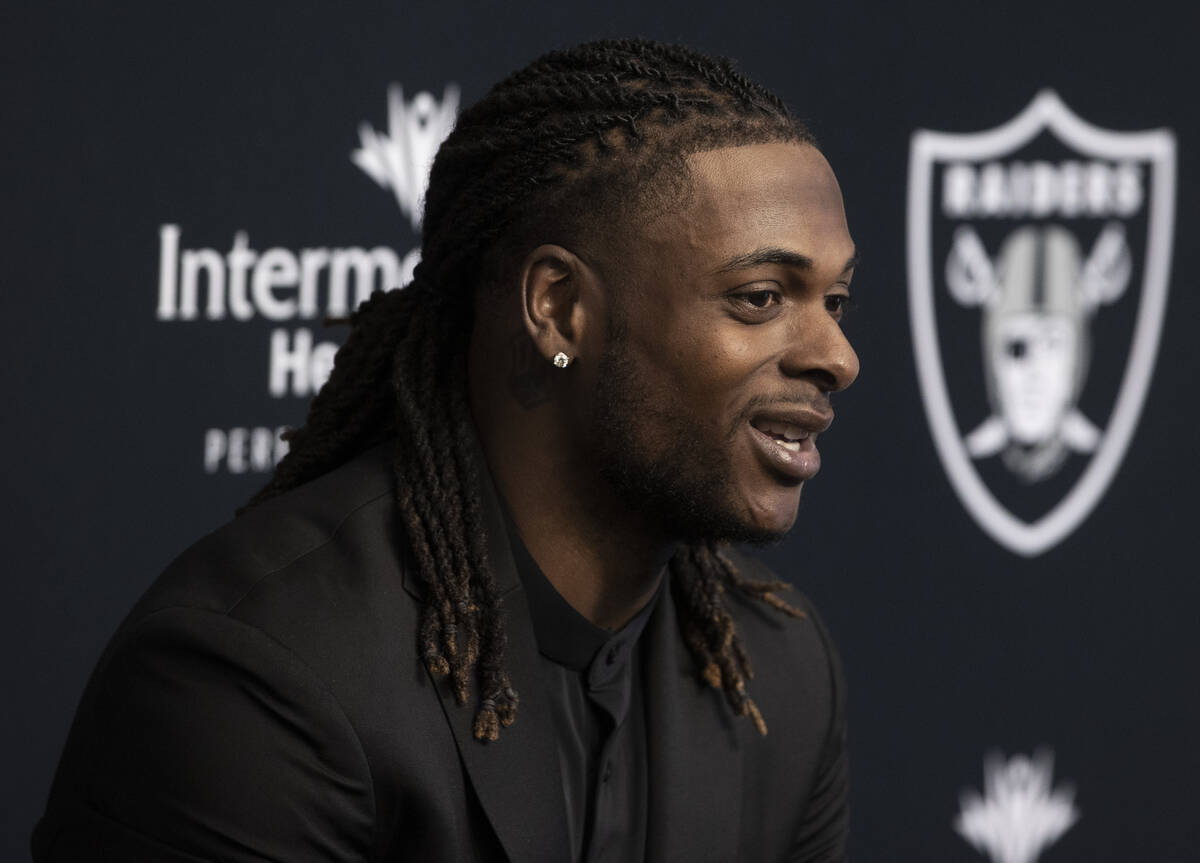 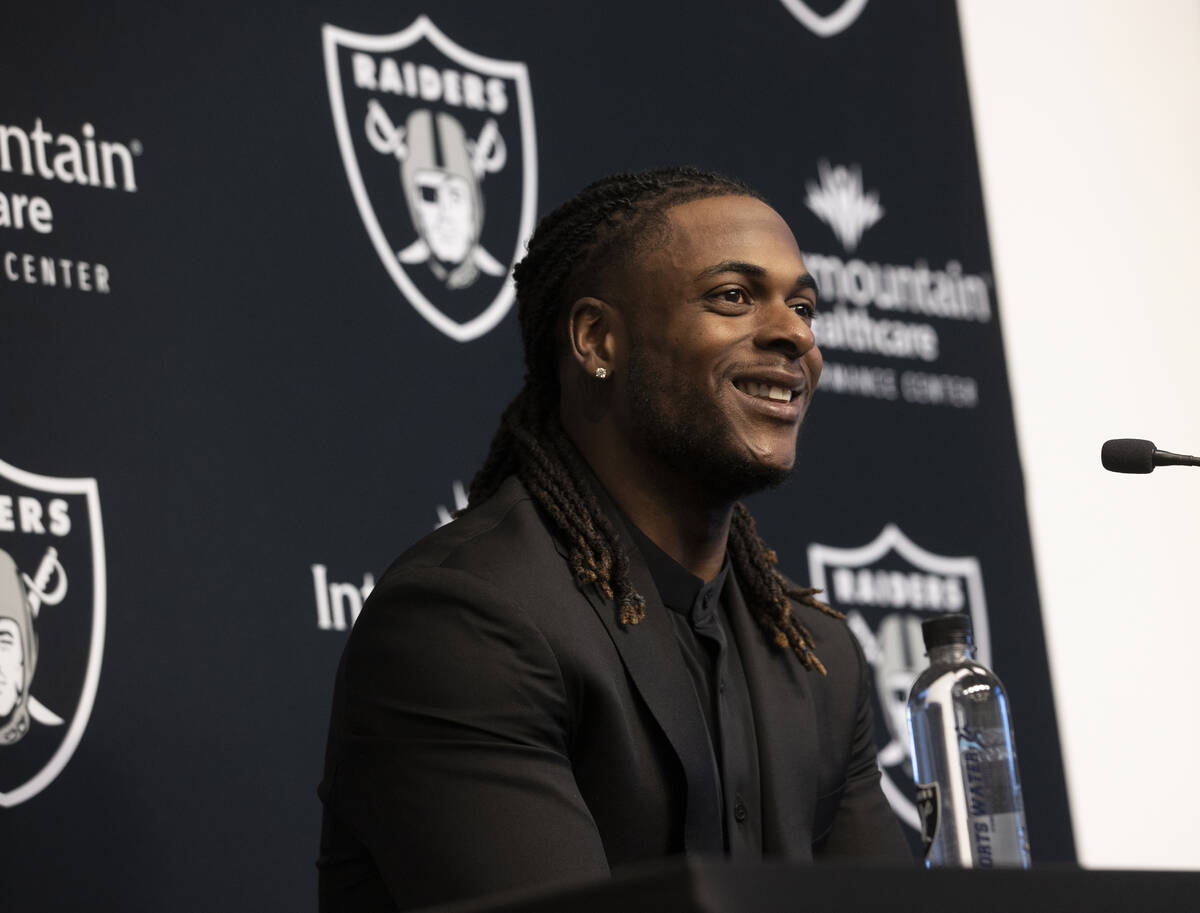 Davante Adams and Derek Carr had been talking about Adams joining his former Fresno State quarterback with the Raiders since last season.

“As things progressed, obviously we communicated multiple times a week,” Adams said at Tuesday’s introductory news conference at the Raiders’ training facility. “Once we got to a point where it was something that could be realistic and not just a thought, we started to put a little plan together. I was still back in Green Bay at that point. I was still weighing my options.”

The Packers controlled the process, having the franchise tag to use this year and next year and a reunion with quarterback Aaron Rodgers to help persuade Adams to stay in Green Bay on a long-term deal.

But when he made it clear he would not play this year on the franchise tag or take the Packers up on the long-term contract offer they presented him, the Packers opted to grant Adams his wish by trading him to the Raiders for a first- and second-round pick in this year’s draft.

“It was really an idea up until it was done,” Adams said. “Because it’s never easy to make it happen. You see it in the NBA all the time, guys all the time get where they want to be any type of way they have to do it.”

In this case, Adam’s journey realized a lifelong dream for a Bay Area kid who grew up idolizing the silver and black.

“I grew up in East Palo Alto (California). I’ve been a Raiders fan all my life,” Adams said. “It was a dream to be a Raider. I said I wanted to be an NFL star, and I was wearing a Charles Woodson jersey at the time. I guess you could say it was meant to be.”

“Obviously, in Green Bay, I had the greatest quarterback to play the game. … But things change sometimes. It’s not the first time an impactful player in an organization had to leave.”

Adams arrives in Las Vegas just as the Raiders seem to be turning the corner. They finished 10-7 last year and made the playoffs for only the second time in 19 seasons. With Adams and pass-rush great Chandler Jones now in tow, their world has changed completely.

All of a sudden, 10-7 has a realistic potential to be so much better.

That is the swagger Adams adds offensively. He’s a wide receiver who combines an ability to beat defenders off the line of scrimmage with arguably the most pristine pass-route running in the NFL.

Adams is eager to get started blending in with what is shaping up as a powerful offense. “Nothing but big things ahead,” he said.

Both Adams and Carr were underappreciated coming out of high school just over a decade ago. Carr beat Adams to Fresno State by two years and was the Bulldogs’ starting quarterback by the time Adams arrived.

Adams had zero chance of actually playing in games that first year, but in practice Carr and Adams quickly began to develop a chemistry. Over the next two seasons, Adams would catch 233 passes for 3,031 yards and 38 touchdowns. In their last season together, 24 of Carr’s 50 touchdown passes went to Adams.

In spite of their spectacular production, neither was a first-round selection in the 2014 draft. It was a bitter pill for Adams, who was projected to be a first-round pick and even had a camera crew at his house to chronicle the moment. It never came, not on Day One of the draft anyway.

The slight drove him early in his career, although since then he’s found other reasons to strive to excel. His family. His legacy. Chasing championships. Not that he doesn’t still think about it.

“I’d like to think I’ve made a decent impact and made a couple of teams pay that didn’t pick me up,” Adams said.

As best friends, he and Carr have worked out during the offseason most of their careers, but this time it’s for real.

“I don’t want to make any promises. I’m sure we’ll pick up where we left off pretty quick,” Adams said. “You’ve got two guys that work really hard. That makes it a lot easier.”