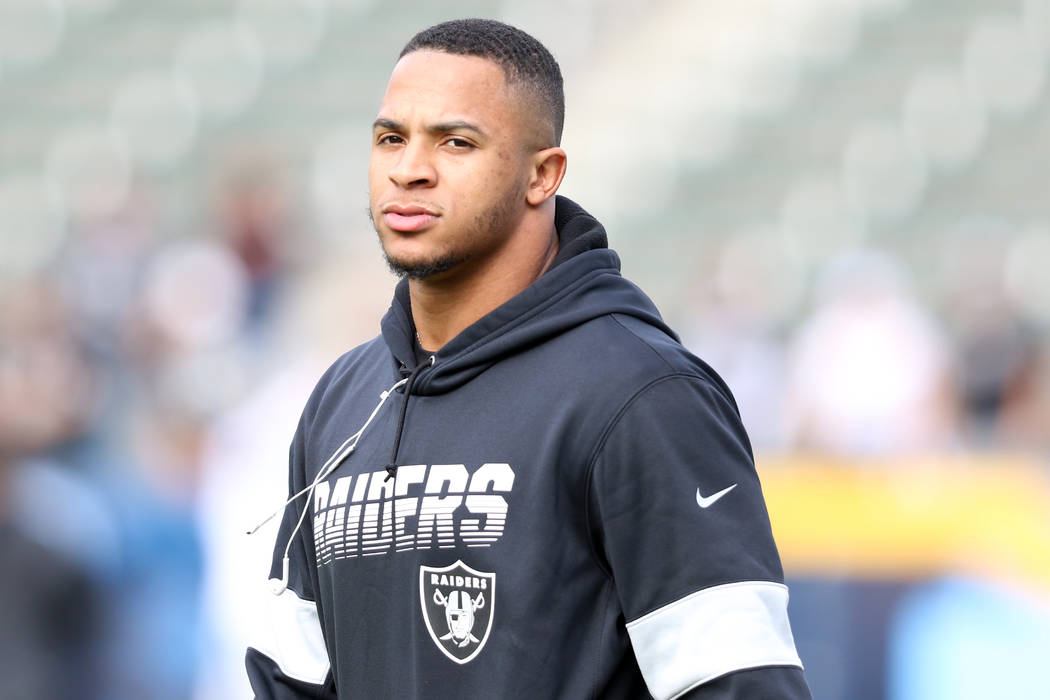 As hundreds of NFL draft-eligible players descend on Indianapolis for the Combine this week, one rising Raiders second-year player is glad the whole experience is behind him.

Safety Johnathan Abram, who missed nearly all of his rookie season with a shoulder injury, said the Combine is a tough week for players in large part because of the lack of sleep.

“You’re going to have a lot of meetings where they’re going to ask you the same questions over and over and over trying to get different answers — trying to just get something out of you,” Abram said over the weekend. “Then they expect you to go out and perform at a high level after doing all of that.”

An average day for a prospect begins at 6 a.m. with medical testing and often does not end until a second round of interviews concludes after midnight.

The on-field testing is an important part of the process, but the interviews can be just as critical for players trying to improve their draft stock. Ironically, Abram said the Raiders did not meet with him in Indianapolis, nor did they bring him to the Oakland facility for a pre-draft private visit.

Abram said Raiders general manager Mike Mayock said “they knew everything they needed to know about me (after the Senior Bowl). There was no need for us to meet.”

He added that the only direct communication he had with the Raiders was Mayock saying at the Senior Bowl that the Raiders wanted to draft him. Then head coach Jon Gruden called him with that same message the night before the draft.

“Besides that, nothing else,” Abram said.

Other than the Raiders, Abram said the Seahawks, Cowboys and Eagles seemed to be the most serious about drafting him.

“I mean, a lot of teams were interested, but those were the teams I legit thought were legit going to draft me,” Abram said. “They needed a safety. Just j based on the GMs, those were the guys who really wanted me.”

Most draft prospects train at a specialized facility for the Combine, and Abram was no different last year — spending his time at gold medalist Michael Johnson’s performance center in Dallas. He’s been training there again this offseason and has done his best to prepare those heading to Indianapolis for what’s about to come, particularly for the interviews.

While teams can sometimes ask off-the-wall questions of players in these sessions, Abram said he didn’t get anything too bizarre.

“I never got any strange questions,” Abram said. “I told some of the guys that’s training at MJP this year — you’re only going to get weird questions when they have concerns about you. When they don’t have any concerns about you, they just want to spend time with you and get to know you and talk ball. But if they feel like you could be a problem-maker, then you get weird questions, you get off-the-wall stuff — stuff to try to piss you off, stuff to try to get something out of you.”

One significant change for this year’s Combine is that the players will now perform their on-field drills in prime time rather than in the morning. Abram said that should work to the athletes’ advantage.

“I feel like a lot of guys are going to perform a lot better because their bodies get to warm up,” Abram said.

But Abram, who ran his 40-yard dash in 4.45 seconds last year, says the change probably wouldn’t have affected his performance much.

“Me personally, I can wake up at six in the morning and I’d still run the same,” he said.

Abram was in Las Vegas over the weekend for a Raiders promotional event and the fight between Tyson Fury and Deontay Wilder. He said he recently found a house for himself and his family in the Las Vegas area and is looking forward to being based in Nevada once the Raiders’ football operation permanently moves to Henderson.

He’s also noticed the excitement about the team from the city at large, saying he had to stop and take about 10 pictures with fans while recently dining at Las Vegas restaurant.

But after missing nearly all of his rookie season, Abram is most looking forward to taking the field at Allegiant Stadium for the first time. And he’s given the Raiders’ new home a clever tag line.

“Words can’t express what it’s going to be like on that first Sunday we play inside of the Death Star,” Abram said. “Where dreams come to die.”