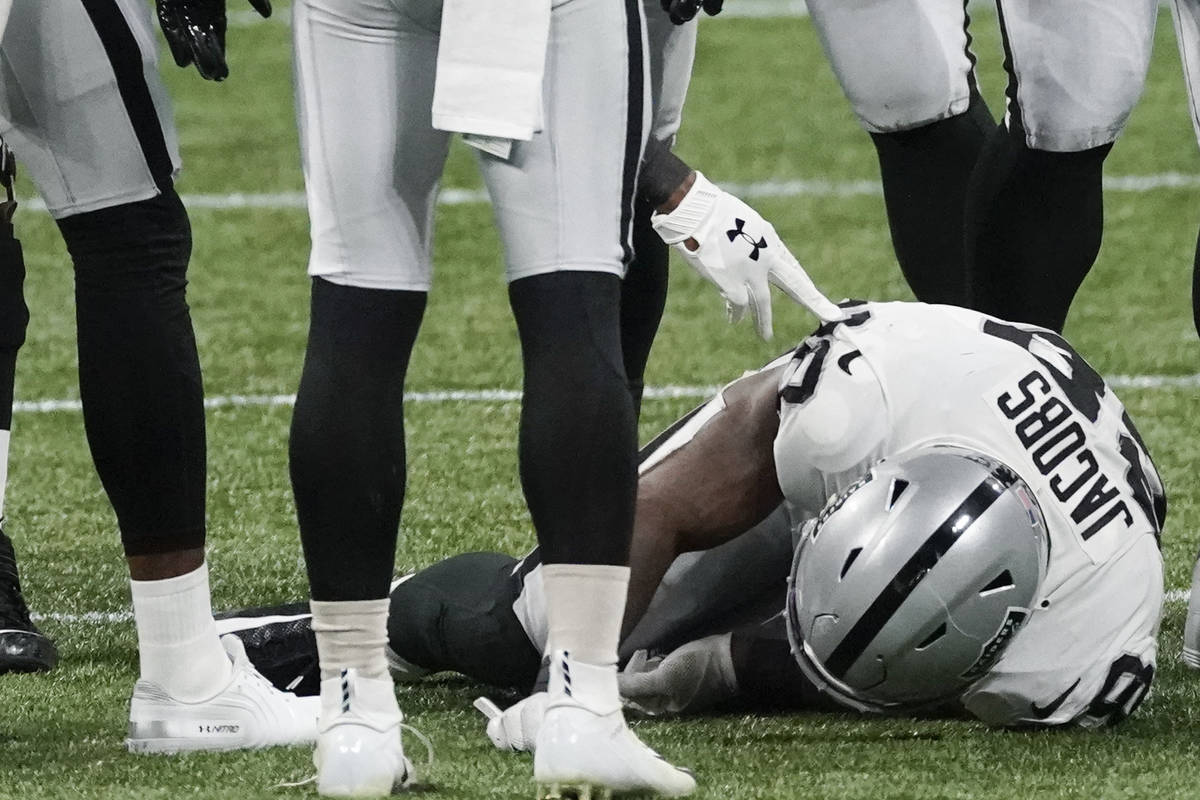 Las Vegas Raiders running back Josh Jacobs (28) lies injured against the Atlanta Falcons during the second half of an NFL football game, Sunday, Nov. 29, 2020, in Atlanta. (AP Photo/John Bazemore)

Raiders running back Josh Jacobs is still being evaluated for an ankle he sprained in Sunday’s loss to the Falcons.

“I talked to Josh earlier this morning and he’s confident he’s going to be able to play (on Sunday),” Gruden said Monday looking ahead to Sunday’s game against the Jets in New York. “I don’t think he was 100 percent yesterday, but he tried to fight through it.”

Part of the reason his presence was so important was the position group was already shorthanded.

Theo Riddick is on the reserve/COVID-19 list and Jalen Richard, who was already questionable for the game with a chest injury, was ill and unavailable on Sunday.

Fullback Alec Ingold is playing at less than 100 percent after fracturing his ribs in the win over the Chargers.

“Hopefully we get Riddick and Richard back this week and hopefully our man Josh Jacobs is ready to roll,” Gruden said.

Jacobs is fifth in the NFL in rushing with 782 yards, though he was held to 27 yards on seven carries in Sunday’s blowout loss.