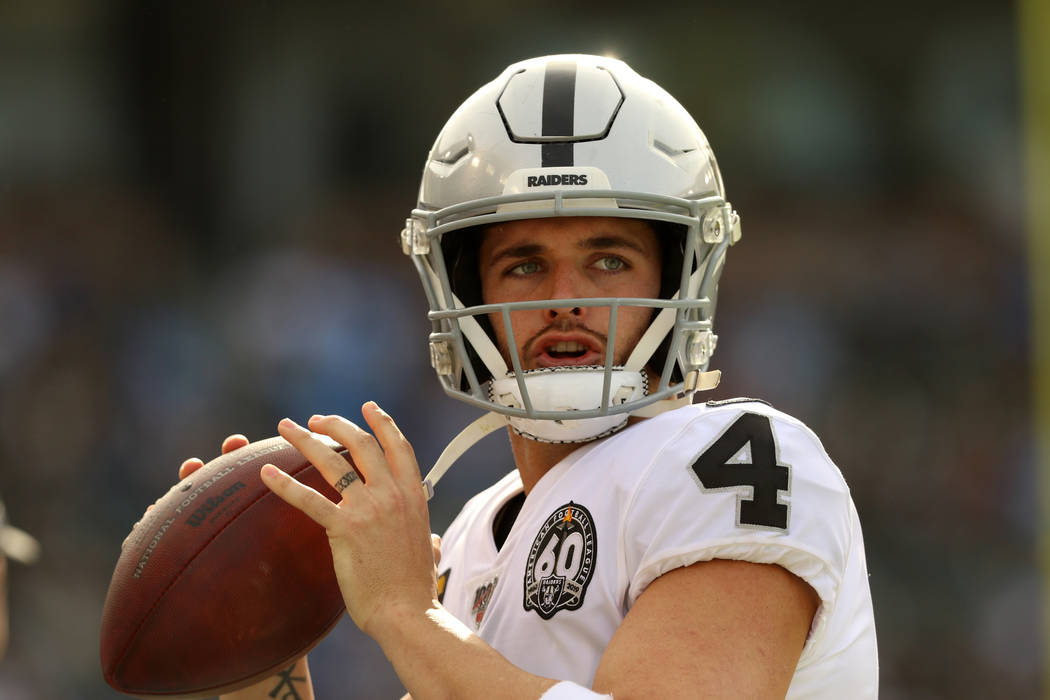 Oakland Raiders quarterback Derek Carr (4) warms up on the sideline during the first half of an NFL game against the Los Angeles Chargers at Dignity Health Sports Park in Carson, Calif., Sunday, Dec. 22, 2019. (Heidi Fang /Las Vegas Review-Journal) @HeidiFang 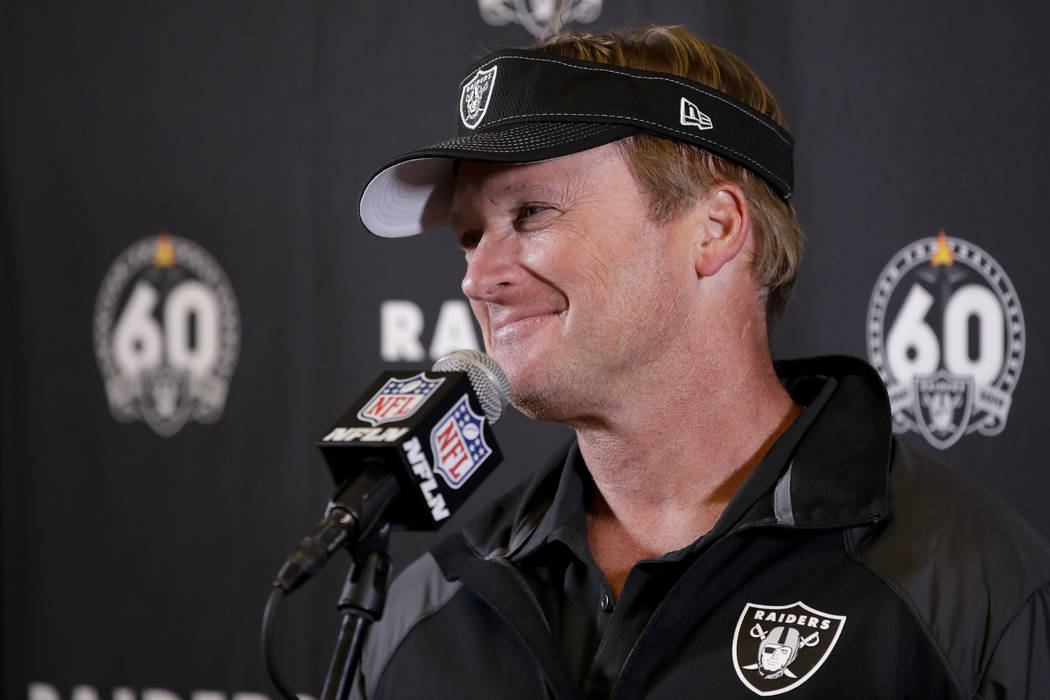 ALAMEDA, Calif. — Despite several reports about the supposedly tenuous nature of quarterback Derek Carr’s future with the Raiders, head coach Jon Gruden on Monday praised the quarterback, saying, “I know there’s a lot of swirling reports out there. But Derek’s done a great job. He’s done a heck of a job.”

At least publicly, Gruden has consistently praised Carr — saying that the quarterback has done well despite all the injury concerns the Raiders have had on offense.

On Monday, Gruden was asked if all the moving parts makes it harder to evaluate the quarterback’s season.

“It’s not hard,” Gruden said. “I mean, we spend a lot of time together. He’s done a lot of good things.”

Carr has completed 71.1 percent of his passes in 2019 for 3,663 yards, with 20 touchdowns and eight interceptions — good for a 101.1 passer rating. That would be the highest completion percentage and passer rating of his career. He’s also taken substantially fewer sacks in 2019 than he did in 2018, taking only 27 with one game to go this season after 51 last year.

This would also be just the second time in Carr’s career that he’d finish with single-digit interceptions.