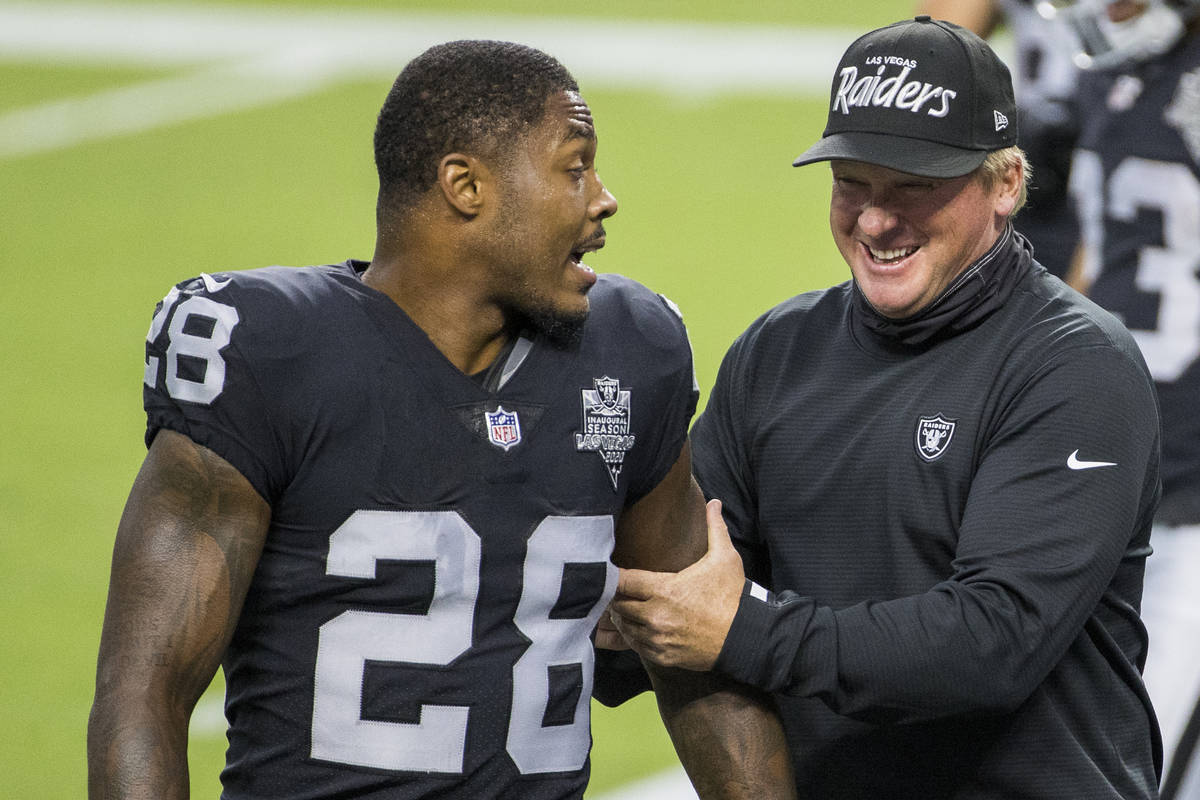 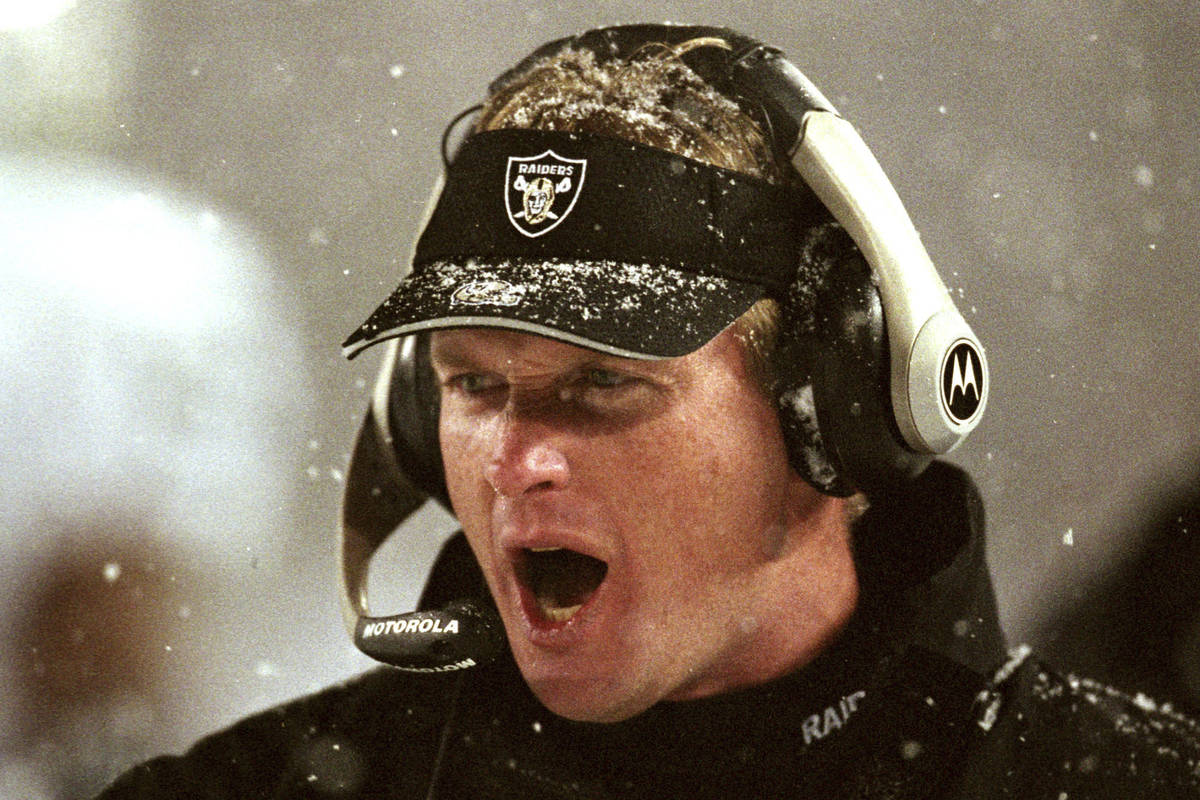 File-Oakland Raiders head coach Jon Gruden shouts instructions during their overtime loss to the New England Patriots in an AFC Divisional playoff game in Foxboro, Mass. Saturday, Jan. 19, 2002. Gruden says opening this season at Carolina and then playing New Orleans on made him feel like he was time warp. His nostalgia is even more amplified this week against New England. It’s been nearly two decades since he walked out of a snow-covered Foxboro Stadium on the wrong end of a 16-13 overtime loss to the Patriots in the infamous “tuck rule” game during the 2001 playoffs. (AP Photo/Winslow Townson, File) 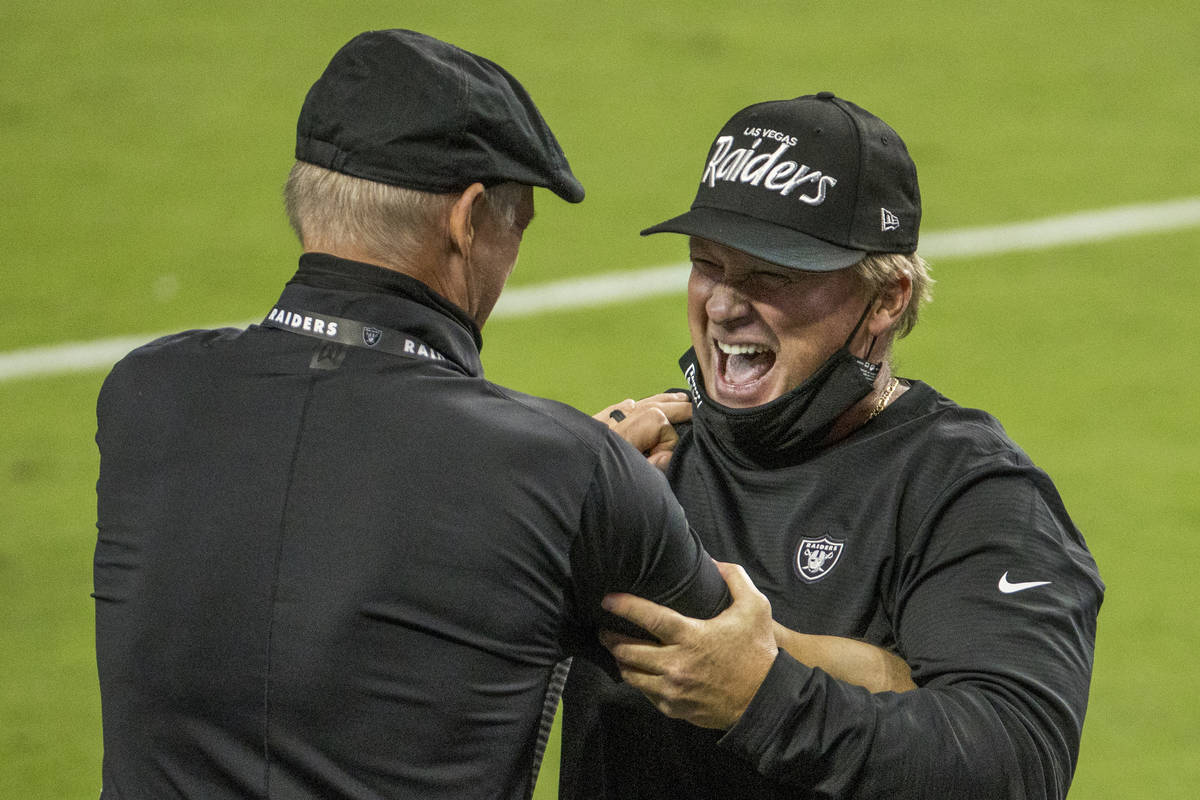 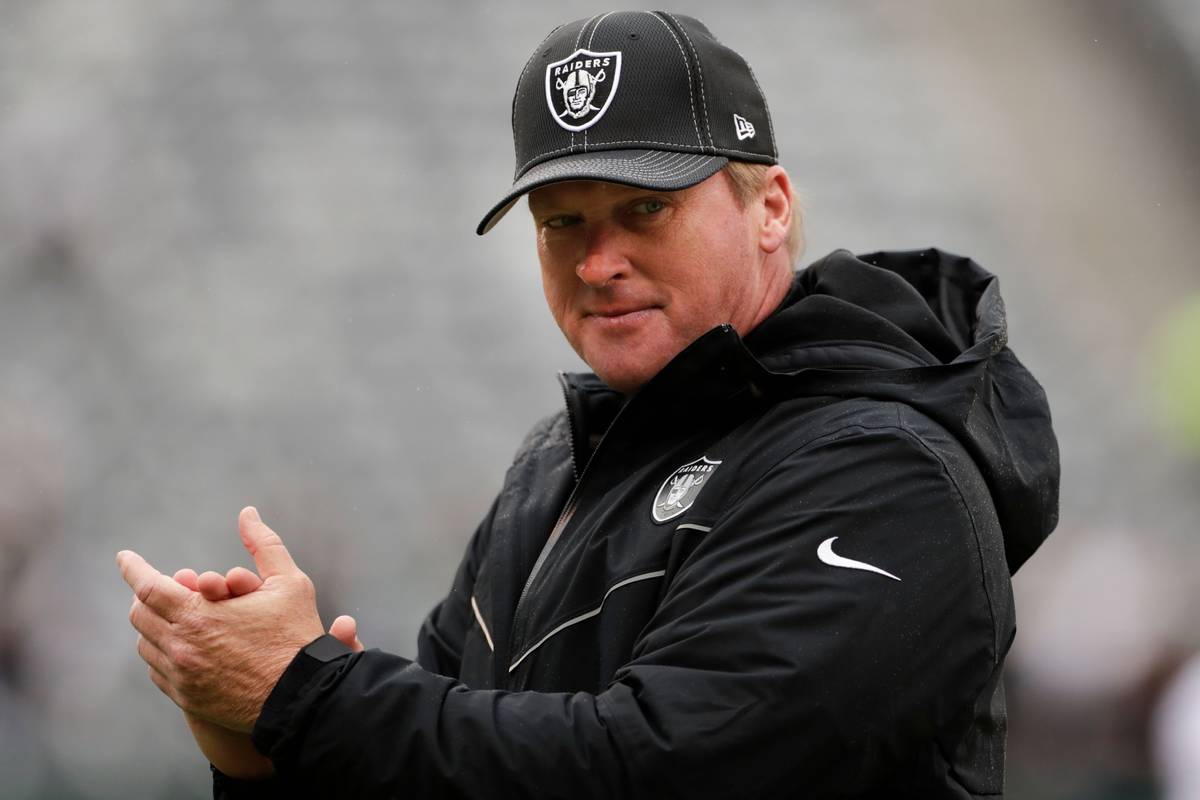 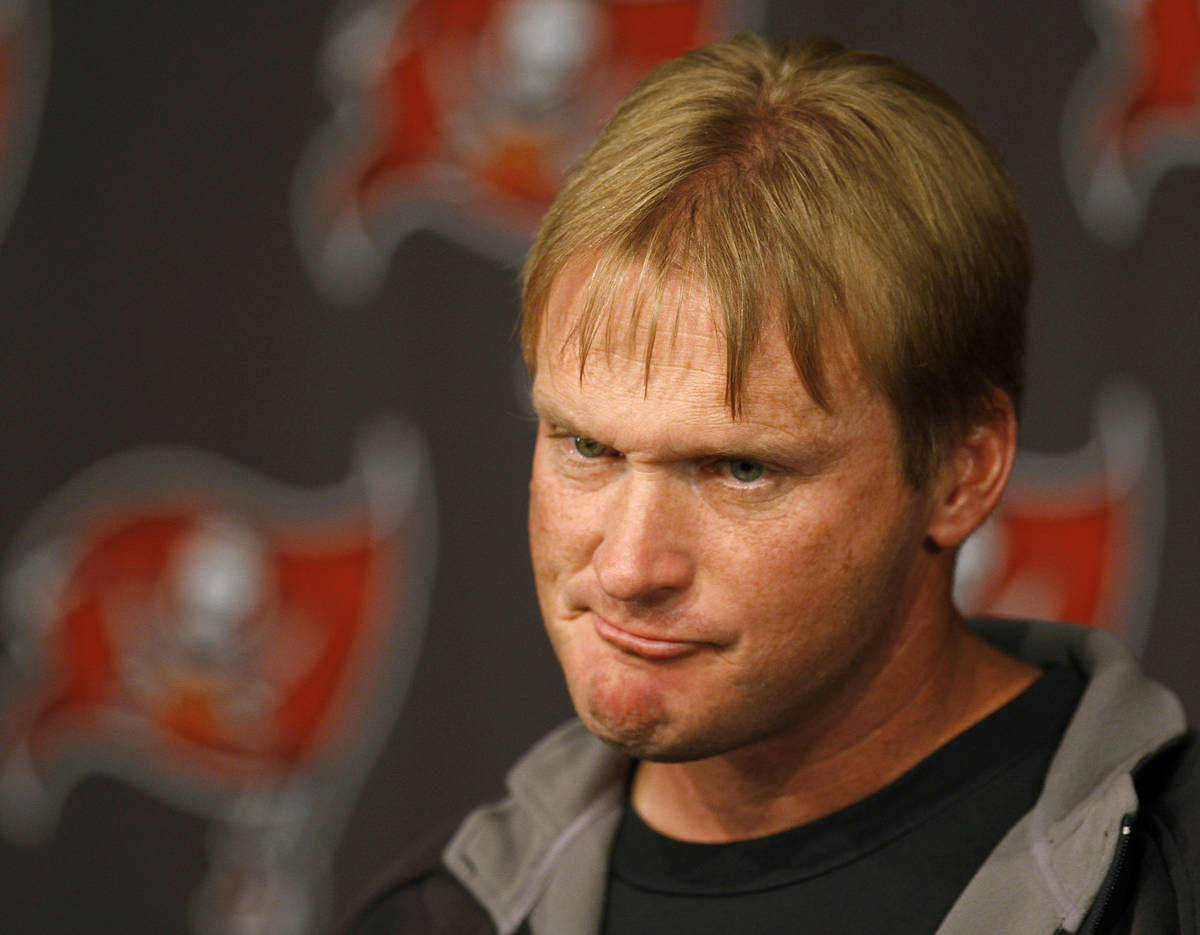 Tampa Bay Buccaneers head coach Jon Gruden grimaces as he speaks to the media during his weekly news conference Monday Dec. 29, 2008 in Tampa, Fla. The Buccaneers lost to the Oakland Raiders 31-24 on Sunday finishing the season at 9-7, and out of the playoffs. (AP Photo/Chris O'Meara) 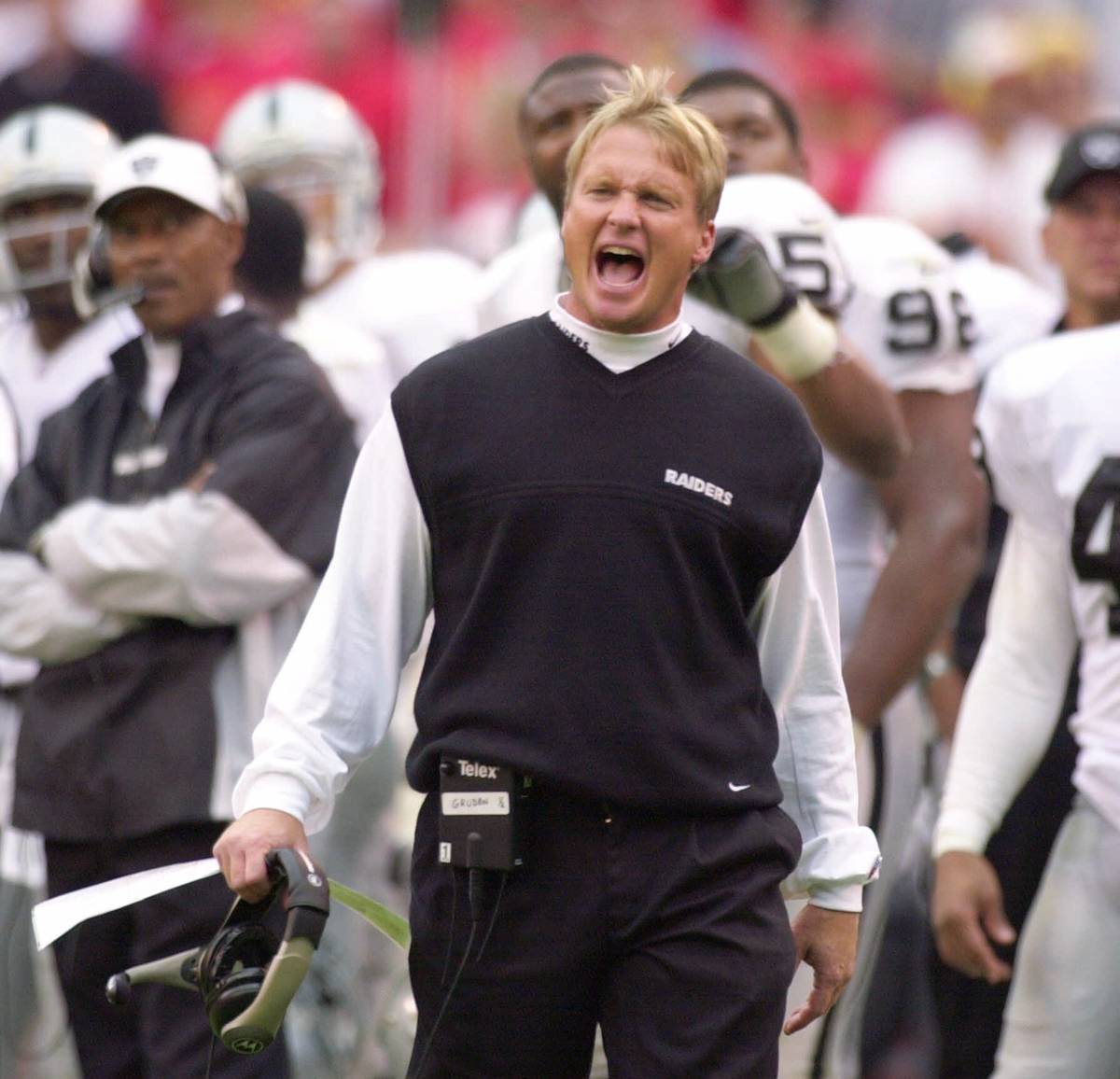 Oakland Raiders coach Jon Gruden yells to his team while officials review a play in the second half against the Kansas City Chiefs in Kansas City, Mo., Sunday, Oct, 15, 2000. The Raiders beat the Chiefs 20-17 on a field goal with 25 seconds left in the game. (AP Photo/Jim Barcus) 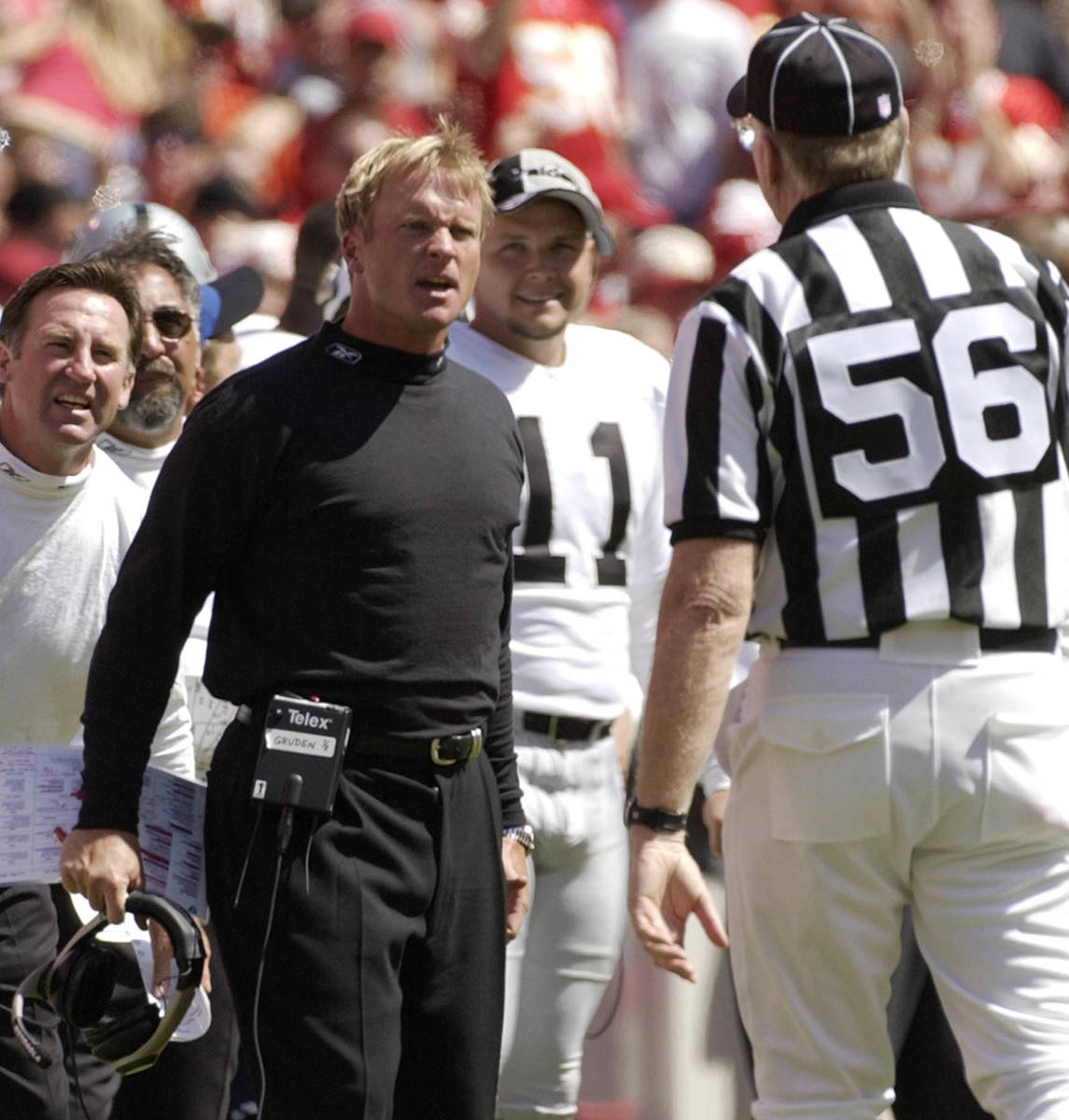 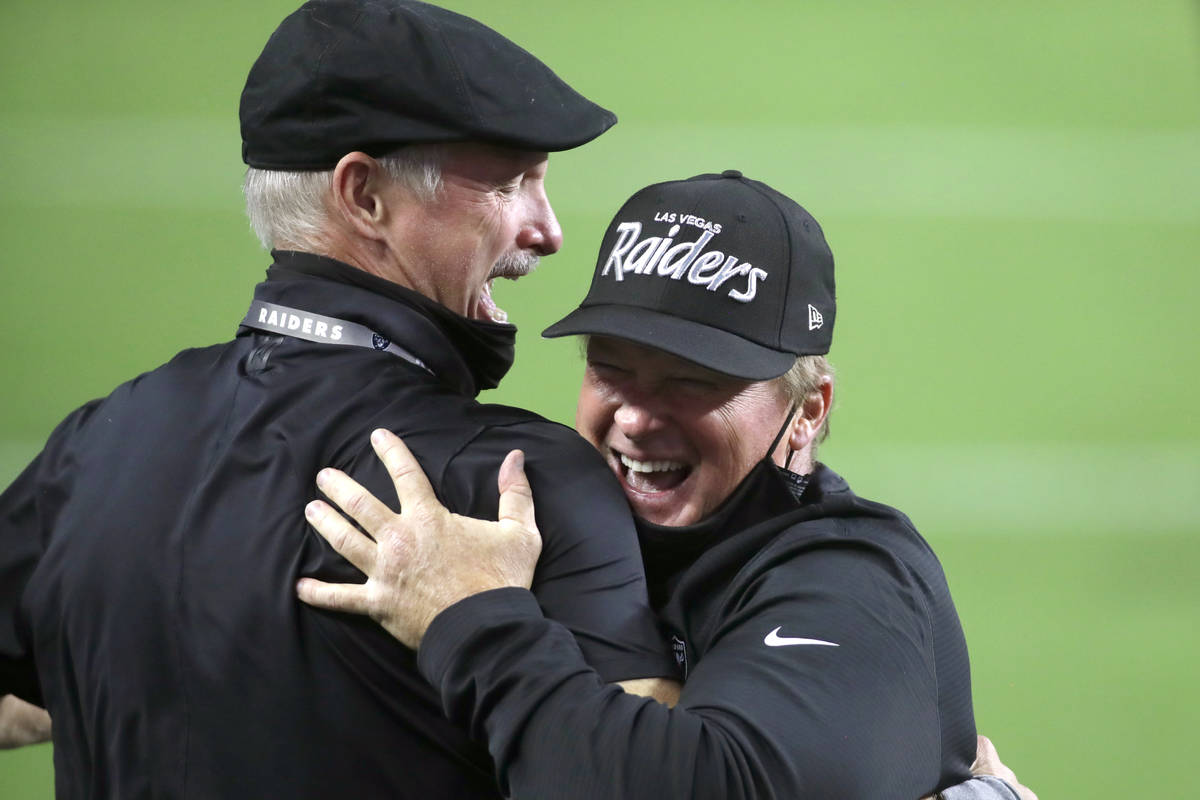 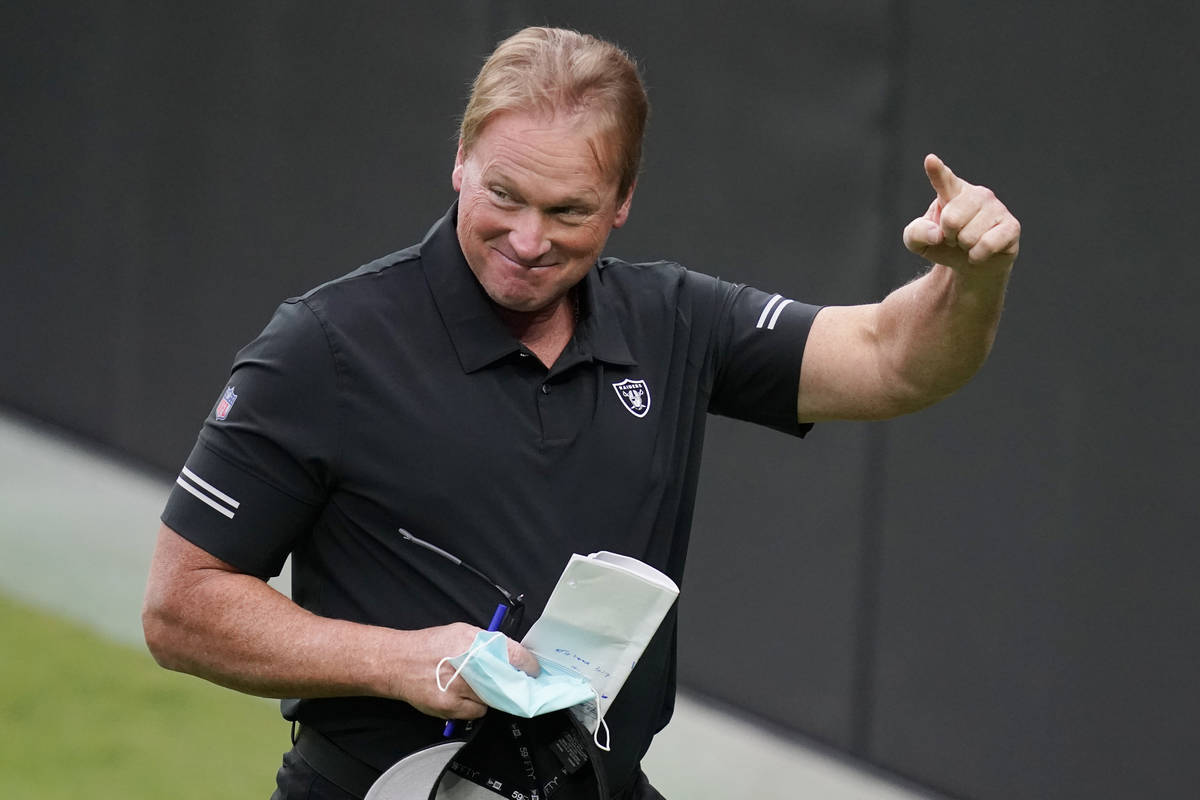 The Jon Gruden patrolling the Raiders’ sideline these days is a kinder, less potty-mouthed version of the one who rose to coaching stardom more than a decade ago.

At least that’s his goal.

It was one of several nuggets uncovered in the latest episode of NBC’s Sports Uncovered podcast, titled “Jon Gruden and the Raiders.”

The story, narrated by Michele Tafoya, takes listeners through Gruden’s early life and through his second tenure as head coach of the Raiders, with a particular focus on the blockbuster trade that sent him to Tampa Bay just when Gruden believed he was on the verge of creating something special in Oakland.

Those were back in the “Chucky” days, when Gruden earned the nickname because his sideline demeanor was so reminiscent of the creepy little doll from the horror movies.

“It’s all good fun, I think,” Gruden said of the moniker. “At times I’m a foulmouthed little guy with messed-up hair. … I do kind of look like that little guy at times, but I’ve really cut it out in terms of the profanity. I’ve cleaned up my act, believe me; I’m mature now.”

His former players, several of whom are interviewed on the podcast, may find that hard to believe.

Chris Simms tells the story of cutting his offseason honeymoon short because Gruden was calling him so often to ask when he’d be back to work.

Former Raiders receiver Tim Brown said the best time to catch peak Gruden was on Wednesday practices when it was time to learn the offensive game plan.

“When he’s installing plays, he’s in a full, flat sweat because he’s all animated. He’s banging on the board. He’s doing all these things and initially you think he’s like putting on,” Brown said. “But you realize this is really who he is. He lives and dies the game, man.”

Gruden acknowledges that was taking a toll on him. It’s part of the reason he decided to at least try to tone it down a notch.

“I’ve got to control my emotions,” Gruden said. “I’ve felt myself on the verge of passing out on game day, screaming and cheering. I’m a great cheerleader. A lot of people think I’m just screaming and yelling. I’m encouraging our guys to play as hard as they can to keep competing, keep fighting. And sometimes I yell and scream so much, my blood pressure goes so high. I’m about to go down.”

The emotions may have been difficult to control the night he was traded from the Raiders to the Buccaneers, just a month after the Raiders were eliminated from the playoffs in the infamous “Tuck Rule Game.”

Gruden still insists he didn’t have an inkling the move was coming, but when Tampa Bay decided to meet Al Davis’ asking price of two first-round picks, two second-round picks and $8 million, Davis pulled the trigger and shipped his coach to Florida.

“The boss told me what was in the works,” Gruden recalls. “I was shocked. I was surprised. At the same time, I was a young coach. I’m still young, but I’m getting older, but I was very motivated to go wherever somebody wanted me to do the best I could. I was disappointed, very emotional about it, but I had to do what I had to do.”

As every Raiders fan knows, Gruden would win the Super Bowl with the Buccaneers the next season. Against the Raiders.

Much has been made over the years of just how much of the Raiders’ offense, mainly signals and terminology, Gruden was able to teach the Buccaneers’ defense.

Tampa Bay supposedly had the advantage in not having an extra week that year between the conference championship games and the Super Bowl, time Oakland could have used to change up more of its communications.

Buccaneers linebacker Derrick Brooks insists none of that would have mattered. He says the biggest factor Gruden had was teaching the Tampa Bay defense about the personalities of the Raiders’ players, mostly quarterback Rich Gannon.

Brooks remembers Gruden even playing Gannon on the scout team to help the Bucs prepare for the game. By kickoff, the Tampa Bay defenders believed they knew Gannon well enough to know where he was going to throw the ball in certain situations.

Gannon threw five interceptions, including three returned for touchdowns. In less than a year, Tampa Bay’s big gamble had paid off with a Super Bowl title.

“It was a tough situation,” Brown said. “But when it was all over and done with and your tears are dried up, you’re happy for Gruden because of how hard the guy worked to get to that position.”

Gruden lasted six more years in Tampa before embarking on a successful broadcasting career where his personality had a chance to shine without the constraints of the pressure of winning and losing.

Longtime Monday Night Football partner Mike Tirico marvels at some of the memories he has of Gruden fully committing to the gig.

When the crew was discussing coach Chip Kelly’s regimented diet plans that included making custom smoothies for his players, Gruden brought a blender to the booth. He once demonstrated plays with pool noodles and kettlebells.

But Tirico knew the sidelines eventually would lure Gruden back.

That point was driven home when he was walking out of the stadium with Gruden after a game one night and they passed both the winning and losing coach along the way.

Tirico recalls a short jovial talk with the winning coach on his way to the news conference, but he was more struck by Gruden’s interaction with the losing coach a few moments later.

He witnessed Gruden share a private conversation and asked him later what was said.

“I miss that, too,” Tirico remembers Gruden telling him. “Because when you lose and you’ve led a team and you let them down because you didn’t win, there’s nothing more inspiring than the belief we can come back and win again next week.”

Coaching is in Gruden’s blood. His dad Jim coached running backs in college and the NFL when he was growing up, including a stint at Notre Dame when Joe Montana was the quarterback.

“I just like to compete. I like that it’s the ultimate team sport. There’s just so many things that go into a victory and a loss, the strategy of the journey of a season, the ups and downs, preparation. I love so many aspects of it. I could go on all day.”

So it was no surprise that when the Raiders wanted Gruden back in 2018, after years of turning down job offers, he agreed to return for a massive 10-year, $100 million contract.

It wasn’t necessarily the terms of the deal, though they were very tempting, as much as the calling of the unfinished business.

“It’s about winning,” Gruden said of what brought him back. “It’s very emotional for me. It’s important to me. This franchise means a lot to me. I did not want to leave in the first place. A lot of things went into that night, but this is an important organization to me. I want to go down knowing I did everything I could do mentally, physically, emotionally to help the Raiders win.” 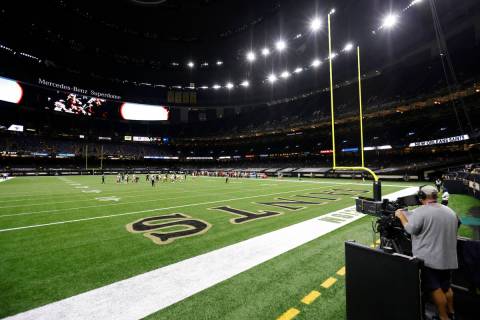 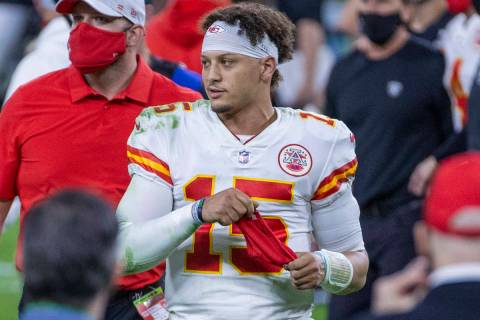 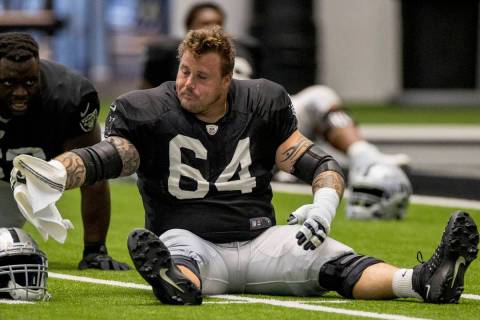 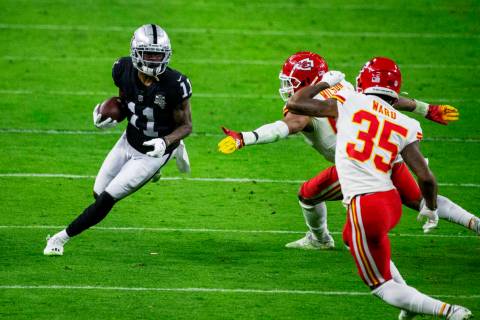 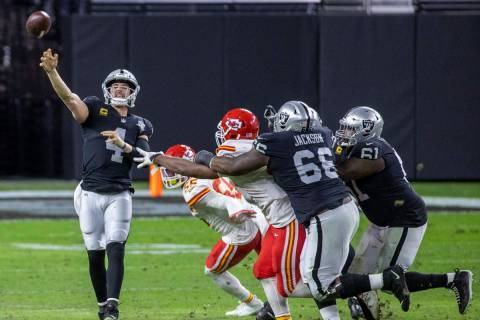 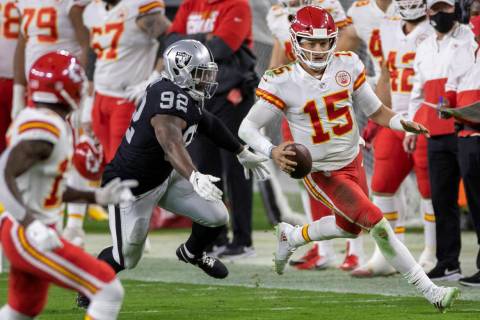