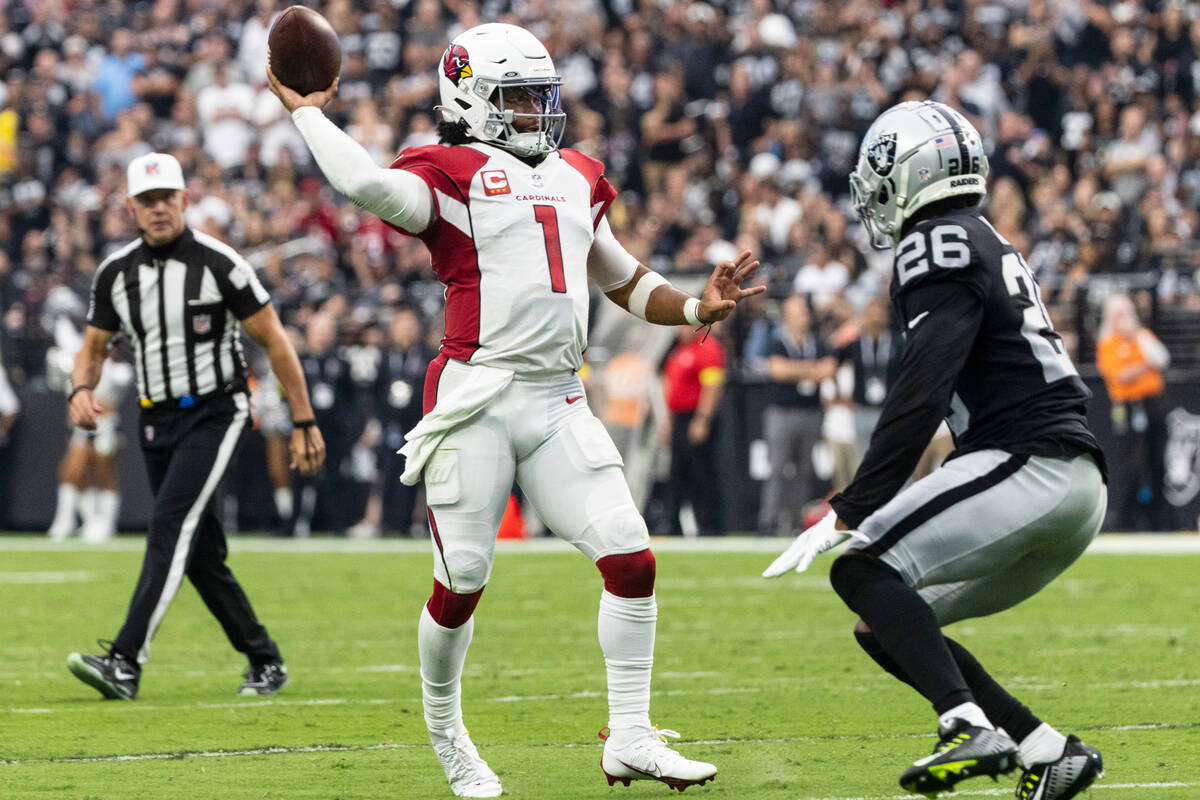 Quarterback Kyler Murray was struck in the face by a fan during the celebration after a game-winning defensive score that gave the Cardinals a dramatic 29-23 overtime victory over the Raiders at Allegiant Stadium.

It was unclear from video on social media whether the fan was attempting to strike Murray or was over-exuberant in trying to celebrate with the Arizona star.

@Raiders @NFL this is absolutely disgusting. Dude in the grey shirt needs to be banned from stadiums for life. Hits Kyler murray in the face on purpose and then tries to hide as you can see in this video….DISGUSTING. BAN HIM FOR LIFE. EVERYONE Retweet this out so it gets seen‼️ pic.twitter.com/FhI8xQoNwS

Murray ran down to the end zone from the sideline and was excitedly embracing fans in the front row of the Wynn Field Club after Byron Murphy Jr. scooped up a fumble and raced 59 yards down the right sideline for a walk-off victory.

In a chaotic scene, a fan’s hand came straight down from above and appeared to connect with Murray’s face. The quarterback had already started to head toward teammates in another area of the field when he abruptly spun around and tried to confront who he thought had hit him. Murray was quickly calmed down by teammates.

The Cardinals had already spoken with media and departed the stadium when the video started widely circulating on social media.