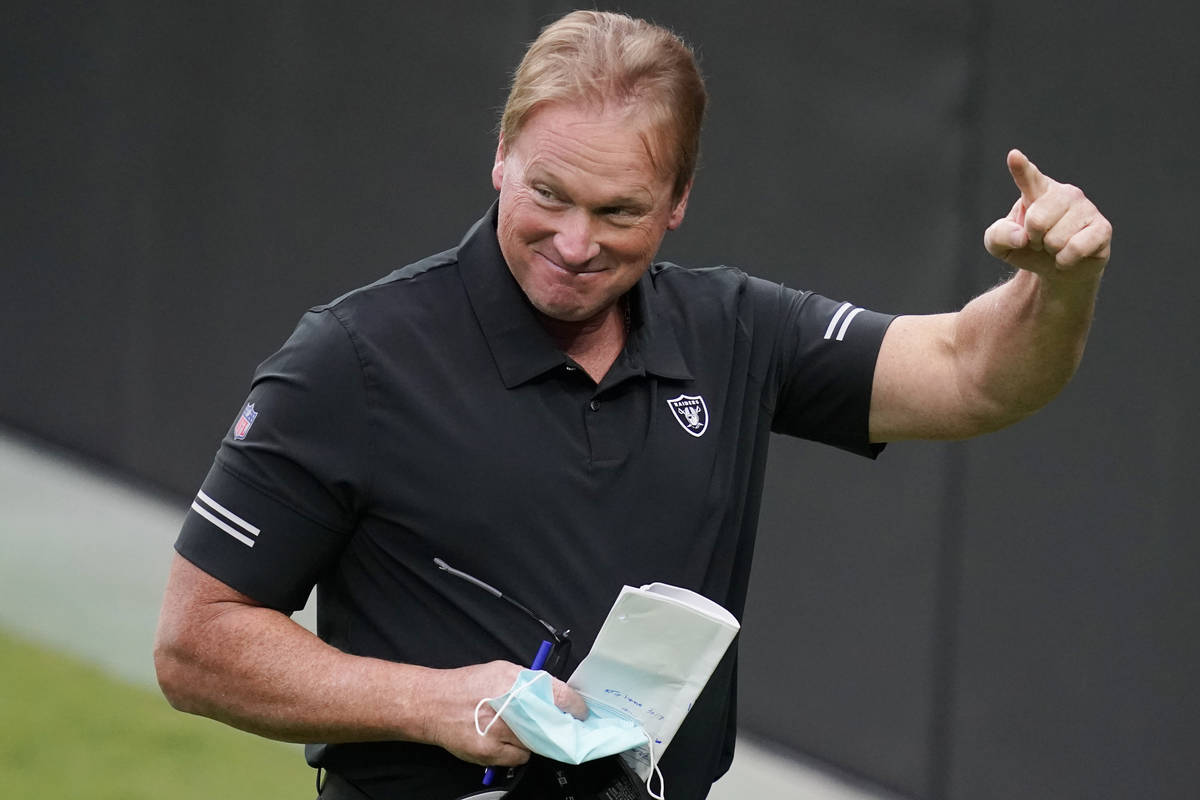 Sunday will mark 260 days since the Raiders fell 16-15 to the Broncos to officially close the chapter on the franchise’s second stint in Oakland. It only feels like an eternity as the universe has been turned upside down in 2020.

But somehow, some way, the NFL has made it to the starting gate, and the Las Vegas era will officially open for the Raiders on Sunday against the Panthers in Carolina.

After months trying to hold off an invisible enemy, coach Jon Gruden is ready to lead his charges into battle against an opponent on the football field.

Here are three things to watch when the Raiders take the field at 10 a.m.:

It’s more than just an iconic phrase memorialized by late owner Al Davis. It’s an ultimatum for the 2020 opener.

The Raiders will enter the game as a favorite on the road, a scenario they found themselves in just once last season when they were a 3.5-point choice at the Jets. They got blown out 34-3 that day.

The Raiders can’t afford a similar fate on Sunday. While there is no such thing as a must-win game in Week 1, the early schedule suggests little margin for error. With some of the league’s elite teams on tap, including the Saints, Chiefs and Buccaneers, Las Vegas is unlikely to be favored in another game until Week 10.

If the Raiders truly have aspirations of competing for a spot in the expanded playoffs this season, they have to take advantage of the games they are supposed to win.

While such a victory against the Panthers could set the tone for the season and instill confidence in the young roster, a loss could be even more devastating.

This noted franchise motto doesn’t quite apply to this particular game. The Raiders should simply strive for good enough just this one time.

It would be foolish to expect the Raiders to put on the type of performance that will have the game film rushed to the Hall of Fame.

Not only did the Raiders miss out on an entire offseason of on-field work, but their prep was complicated by the fact they will take on a team with completely new schemes on both sides of the ball.

Fortunately, there are no style points in the NFL.

“I most certainly expect us not to be perfect, but what game ever is a perfect game?” linebacker Cory Littleton said. “All you’ve got to do is try to limit the mistakes that you do have and make less mistakes than the other team. Right now, where we are, we’re not perfect, but we’re really something special. I can see it, and I expect us to show that.”

The future is now

“The greatness of the Raiders lies in their future.” It may be one of the lesser known quotes from Davis, but the franchise hopes it applies to the modern-day Raiders.

The youth movement is in full effect. Gruden and general manager Mike Mayock have almost completely overhauled the roster in their brief time at the helm.

Two rookie wide receivers are expected to start, with one rookie and one second-year cornerback.

The spotlight will shine bright on all of them as they will be counted on to produce right away if the Raiders hope to start fulfilling the promise the organization believes they possess.