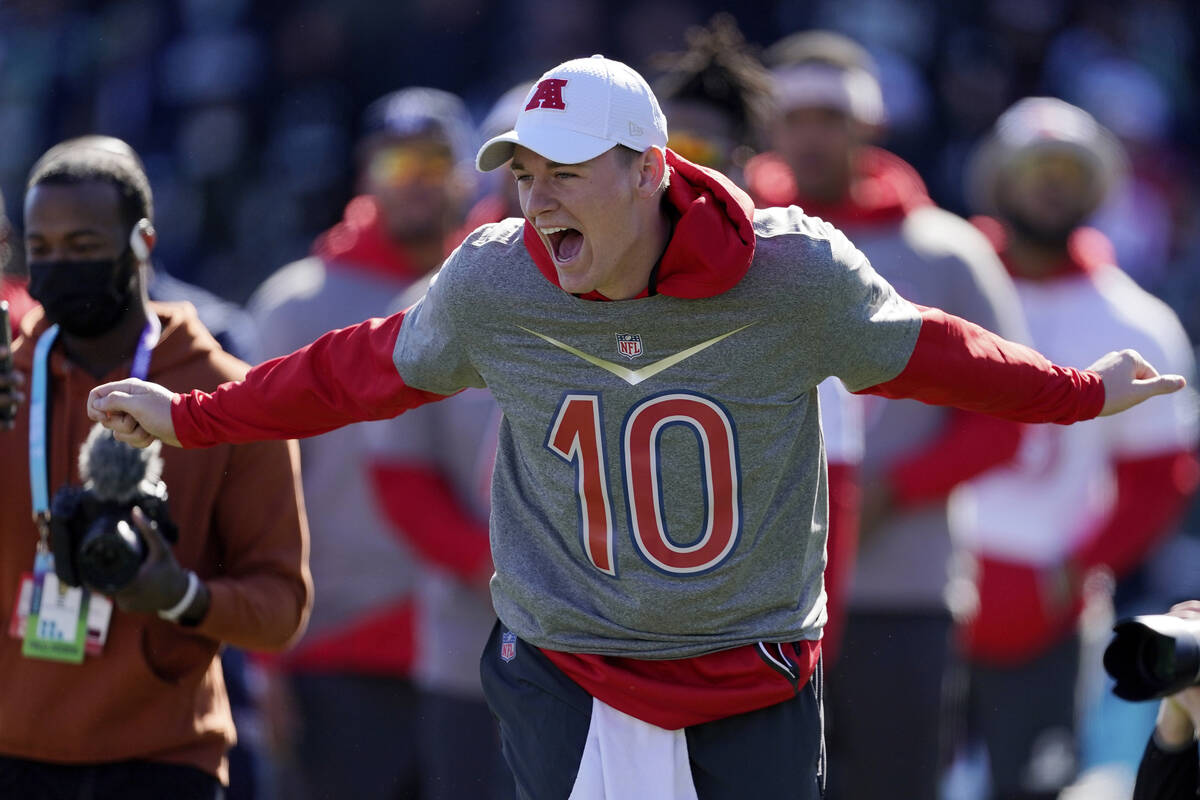 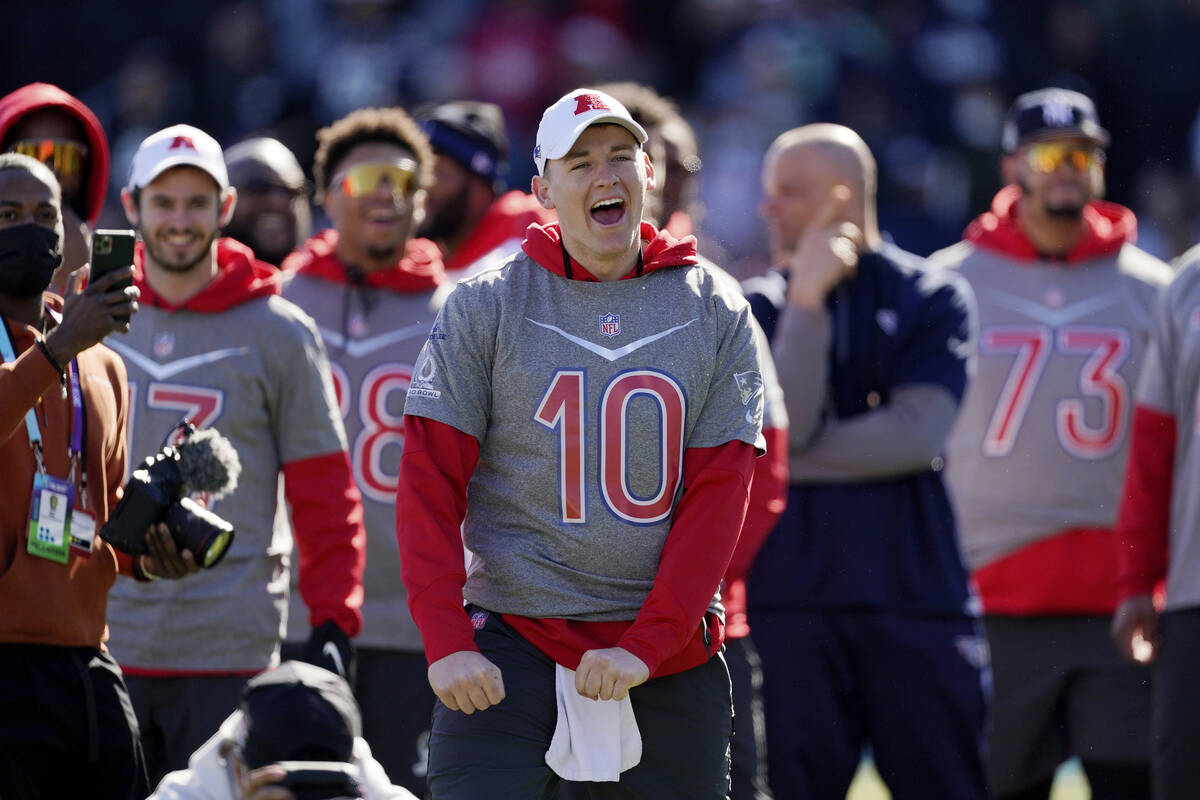 Quarterback Mac Jones learned a lot in his rookie season in the NFL. Learned a lot from his New England Patriots teammates and coaches. And quickly learned that change is constant in the league.

Jones handled it all well enough to be named to replace injured Baltimore Ravens star Lamar Jackson on the AFC team and is expected to see time on Sunday along with Patrick Mahomes of the Chiefs and Justin Herbert of the Chargers.

In a twist, though, one of the biggest components of Jones’ stellar rookie season now calls Las Vegas home. That would be new Raiders coach Josh McDaniels, the longtime Patriots offensive coordinator who helped develop Jones from the 15th overall pick in last year’s draft to the leader of a Patriots team that won 10 games and reached the playoffs.

In the process, McDaniels helped land Jones alongside the best of the best in the NFL.

“Just from the first time we met, he’s just a great mentor to me and obviously taught me a lot about the game of football,” Jones said. “Not just the offense but the defense. And made me a better person too.”

A big reason for Jones’ immediate success in the NFL was the supporting cast he had in New England. But a key role was also played by McDaniels, whose offensive game plans were tailored to his young quarterback’s strengths.

Keep in mind Jones was the last of the five quarterbacks picked in the first round but had the best season among all his rookie colleagues.

In the regular season, he completed 67 percent of his throws for 3,801 yards while throwing 22 touchdown passes and 13 interceptions. In his one playoff start, a 47-17 loss to the Buffalo Bills, Jones was 24 of 38 for 232 yards, with a two TD passes and two interceptions.

The command McDaniels had over the entire offense in New England always stood out to Jones, and he believes that will carry over to Las Vegas.

“He’s a great offensive mind. He does a great job of coaching everybody from the linemen to the skill players,” Jones said. “He deserves the job, and he’s going to do a great job.”

McDaniels’ deep knowledge about football was something Jones sensed almost from his first meeting with him. “Just being a young player, he’s been around a lot of football. He’s told me all the ins and outs. That always helps,” Jones said.

Subsequent to McDaniels leaving New England for the Raiders, he tabbed Patriots offensive assistant coach Bo Hardegree as his quarterbacks’ coach in Las Vegas. The 37-year-old Hardegree spent one season in New England, and part of it was getting a handle of the Patriots’ offense alongside Jones.

In the meantime, Hardegree was part of the Jones support system. In doing so, he tapped into his experience working with quarterbacks during previous NFL coaching stops in Chicago, Denver, the New York Jets and Miami.

“I’m really happy for him as well,” Jones said. “He does a great job developing quarterbacks. That’s what he’s done his whole career.”

Losing both Jones and Hardegree after just one season is a reminder to Jones how quickly things can change in the NFL. “I wish we could keep both of them,” he said.

Consider it a lesson learned.