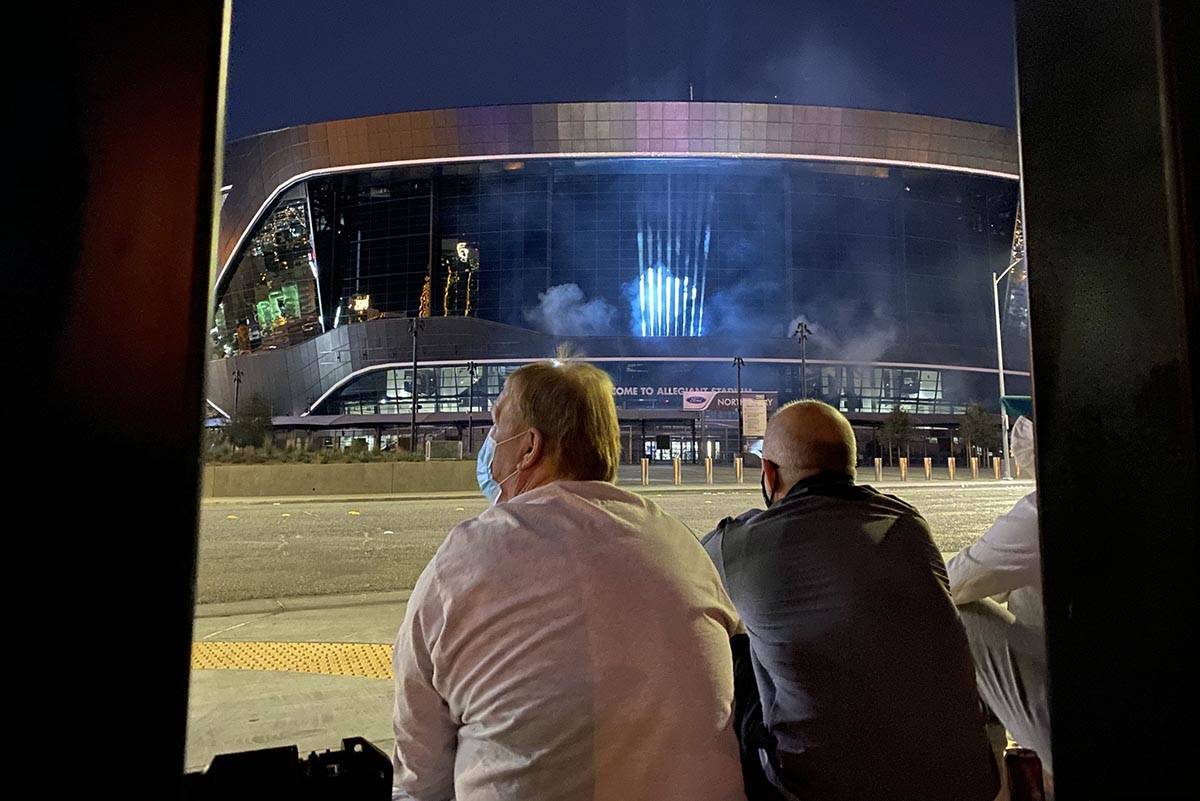 The Raiders have already played two games at their new $2 billion Allegiant Stadium, but unfathomable events have put the celebration of their move to Las Vegas on the back burner.

In November 2017, what was supposed to be their grand entrance was halted by the Route 91 Harvest festival shooting just over one month earlier. The team dedicated a major portion of the groundbreaking event of what would become Allegiant Stadium to honoring the victims of the tragedy.

Fast-forward three years and the world was gripped by the emergence of the coronavirus early this year, just as the stadium’s construction was entering its final stages.

The team was looking ahead to a grand celebration with a ribbon-cutting event in August and then the first major show booked at the stadium — an Aug. 22 Garth Brooks concert that sold out in 75 minutes. But COVID-19’s grip tightened around the Las Vegas Valley beginning in March and the events were eventually canceled.

“It’s been tough the whole time,” Raiders owner Mark Davis told the Las Vegas Review-Journal. “The whole time we’ve been building the stadium we really haven’t had a chance to celebrate the fact that we’ve got a brand-new home in a place where people are welcoming us.”

Now, plans are to host the ribbon-cutting ceremony sometime next year, ahead of the Raiders’ 2021 season when fans are expected to be able to attend. That’s OK with Davis, who has previously said, “We’re Raiders; we’re used to waiting.”

While some players have had a chance to get out and meet some Clark County residents, the team hasn’t really been able to get into the community the way it hoped to because of the ongoing pandemic.

“They haven’t really had a chance to meet the community and the people yet,” Davis said.

Davis and the Raiders chose to forgo allowing fans into Allegiant Stadium. He has said multiple times, either all fans can enter the sold-out stadium or none of them can, including himself.

“We played the first game on Monday night, and unfortunately the circumstances made it that no fans could be here,” Davis said of the Sept. 21 home opener against the Saints. “I still haven’t got to see a game inside the stadium.”

Davis skipped the first two home games, opting to watch them at the Raiders’ Henderson headquarters.

The watch party at team headquarters during the first game featured 30 dignitaries who donated money to go toward Opportunity Village and the Cleveland Clinic Lou Ruvo Center for Brain Health.

The Raiders invited 20 front-line health care workers to light the 93-foot-tall Al Davis Memorial Torch, which stands at the north end of the stadium to keep Davis’ late father’s memory alive at every home game.

One of the shining moments for Davis thus far was having his mother, Carol Davis, be the first person to light the torch’s artificial flame at Allegiant Stadium.

“She was able to light the torch for the first time in the stadium at the inaugural game,” Davis said. “That meant the world to me. It’s the one real moment of celebration that I’ve had, and the fact that we actually won the game was really important to start our initial chapter here in Las Vegas with that victory.”