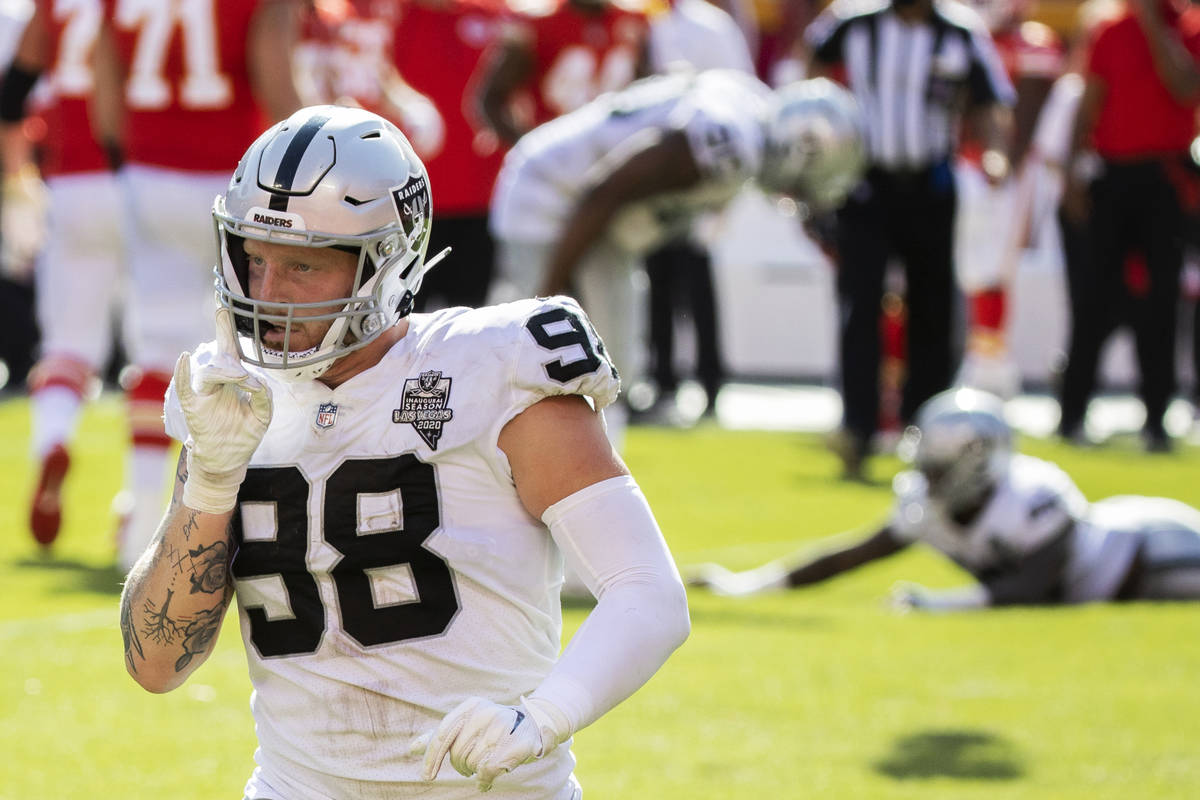 Raiders coach Jon Gruden got right to the point when he called defensive end Maxx Crosby to tell him the team had selected him in the fourth round of the 2019 draft.

“I need you to get (Chiefs quarterback Patrick) Mahomes,” Crosby said with a laugh during an appearance on the Colin Cowherd show as he recalls the first words out of Gruden’s mouth during that conversation.

The words still live with Crosby as they drove home the importance of the rivalry with the Chiefs and the challenge the Raiders face as they try to climb the ranks in the AFC West.

The Raiders were able to go into Kansas City and win once this season, handing the Chiefs their only loss.

Crosby had one of three sacks in the 40-32 win, tied for the most the Chiefs have allowed in a game this season.

The pressure created up front also helped lead to Mahomes’ only interception this season in the team’s lone defeat.

Still, Crosby and the Raiders know the challenge they are up against in the 5:20 p.m. rematch at Allegiant Stadium.

“I believe that (he’s the best player in the world),” Crosby said of Mahomes. “He’s a once-in-a lifetime type of talent. The way he plays is just so much different than any other quarterback you face. It’s just like, when you play the Chiefs, it’s not like a regular football game, you know?

“You know you’re gonna be running for your life trying to get him down. You know he’s trying to extend plays, trying to make underneath passes, behind the back. He’ll literally do anything. … Every time we play Kansas City we know it’s going to be a crazy game.”

This one will be in prime time.

Here are three keys for the Raiders.

A great deal has been made about the supposed victory lap the Raiders took around Arrowhead Stadium in their bus after the upset victory last month.

Chiefs coach Andy Reid has brought it up unsolicited several times ahead of the rematch. Tight end Travis Kelce sounded perturbed about it during an appearance on Fox Sports 1 this week.

“A lot of people care about this game like it is their Super Bowl,” Kelce said. “I’m not going to say that’s how they acted by doing two laps around the stadium when they won in Kansas City. If that’s what your’re doing, that’s what you’re doing.

“That ain’t how we do it. We just go handle business on the road and walk away from the (win) giving everybody credit. We have full respect for everyone. If they feel like they have to do a victory lap, go ahead and do your thing. We’re just going to go play football to the best of our abilities.”

Crosby laughed off the victory lap as a fun celebration and insisted none of the players even knew what was happening at the time.

But it’s clear the Chiefs are trying to turn it into some sort of motivation.

The Raiders can’t allow these sorts of things to become a distraction. They need to focus on the task at hand.

Then maybe they can take another victory lap.

The Raiders’ much-maligned defense is suddenly respectable. After surrendering an average of 32.8 points over the first six contests, they are allowing 14.7 points during a three-game winning streak

Kansas City will provide the ultimate test in whether the adjustments have been real or a facade.

One thing that would help would be to continue to force turnovers. After securing just five takeaways in the first eight games, the Raiders got five last week in a win over the Broncos.

Defensive coordinator Paul Guenther hopes creating turnovers is contagious and says it has been a point of emphasis at practice throughout the year.

It won’t be easy

The Raiders this week had to prepare for the most dynamic offense in the league without nearly the entire starting unit as they were isolated from the team under COVID-19 protocols.

Defensive coordinator Paul Guenther admitted it was a tall task.

“I don’t know how we can beat these guys with a full lineup at practice, let alone three-quarters of your lineup not here all week,” he said. “We’re playing the world champs. What don’t they have? They have a great quarterback, great receivers, great tight ends, line is physical. 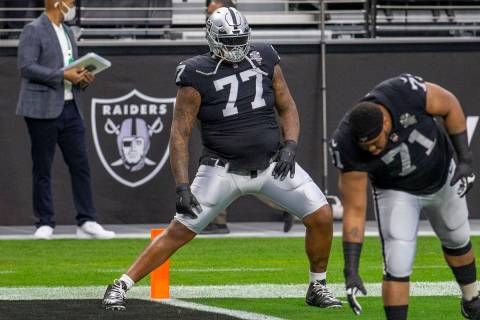 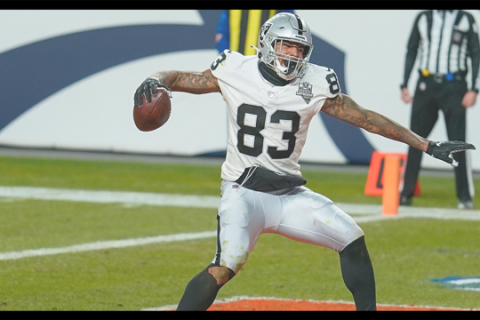