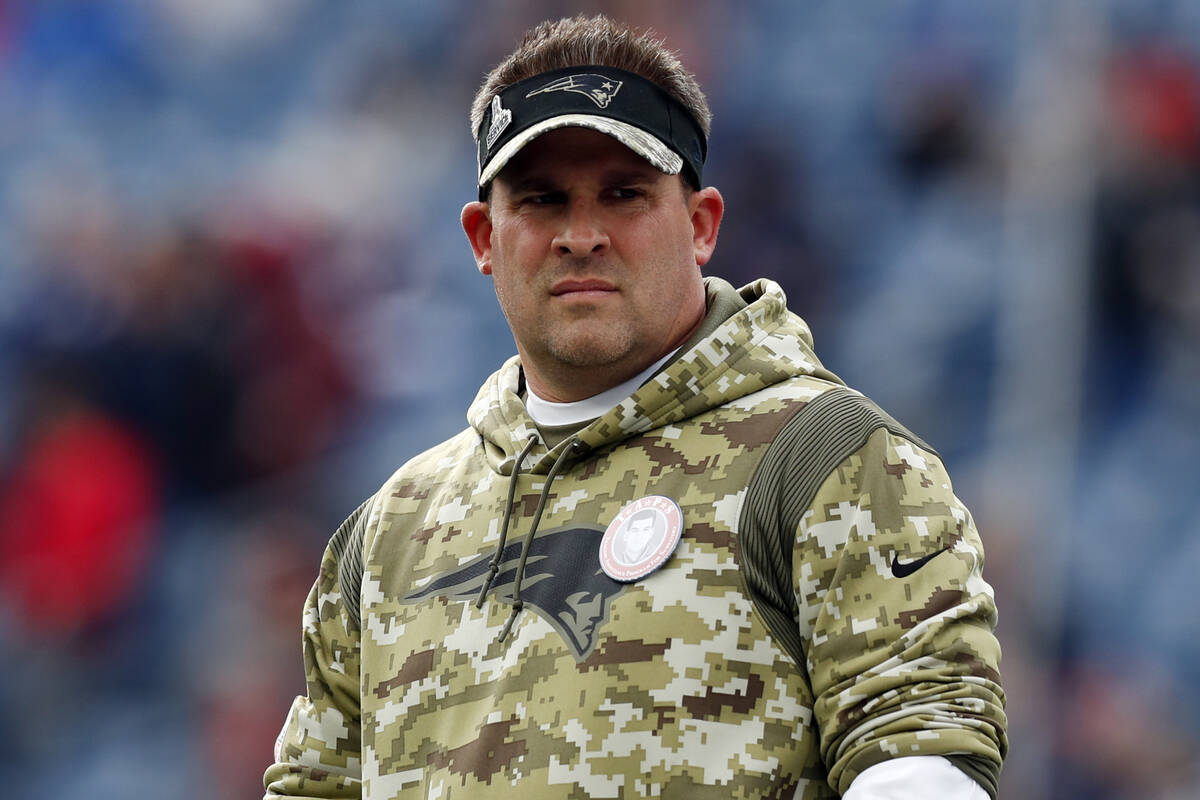 FILE - New England Patriots offensive coordinator Josh McDaniels looks on prior to an NFL football game Nov. 14, 2021, in Foxborough, Mass. The Las Vegas Raiders have made a request to interview the Patriots' McDaniels for their head coach opening. A person familiar with the search said Thursday, Jan. 27, 2022, the Raiders made the request to speak with McDaniels about filling the void left when Jon Gruden resigned in October. The person spoke on condition of anonymity because the team was not announcing its candidates. (AP Photo/Michael Dwyer, File) 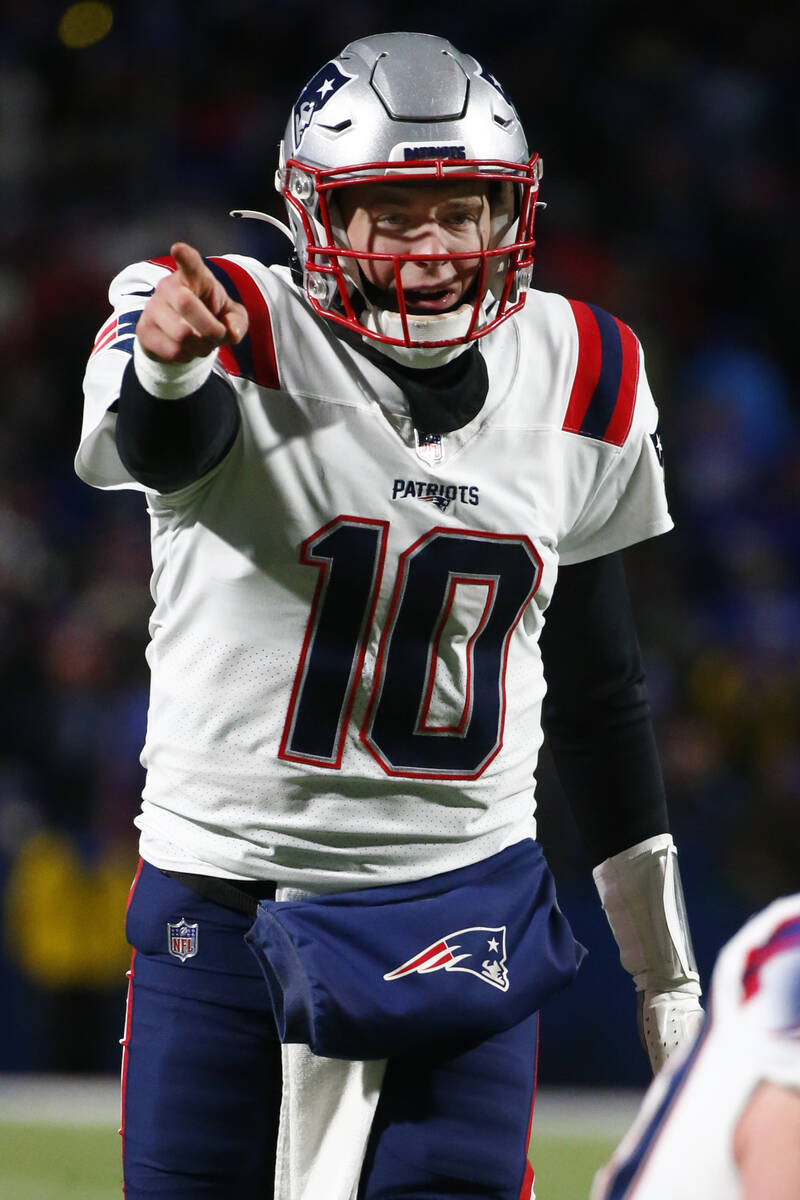 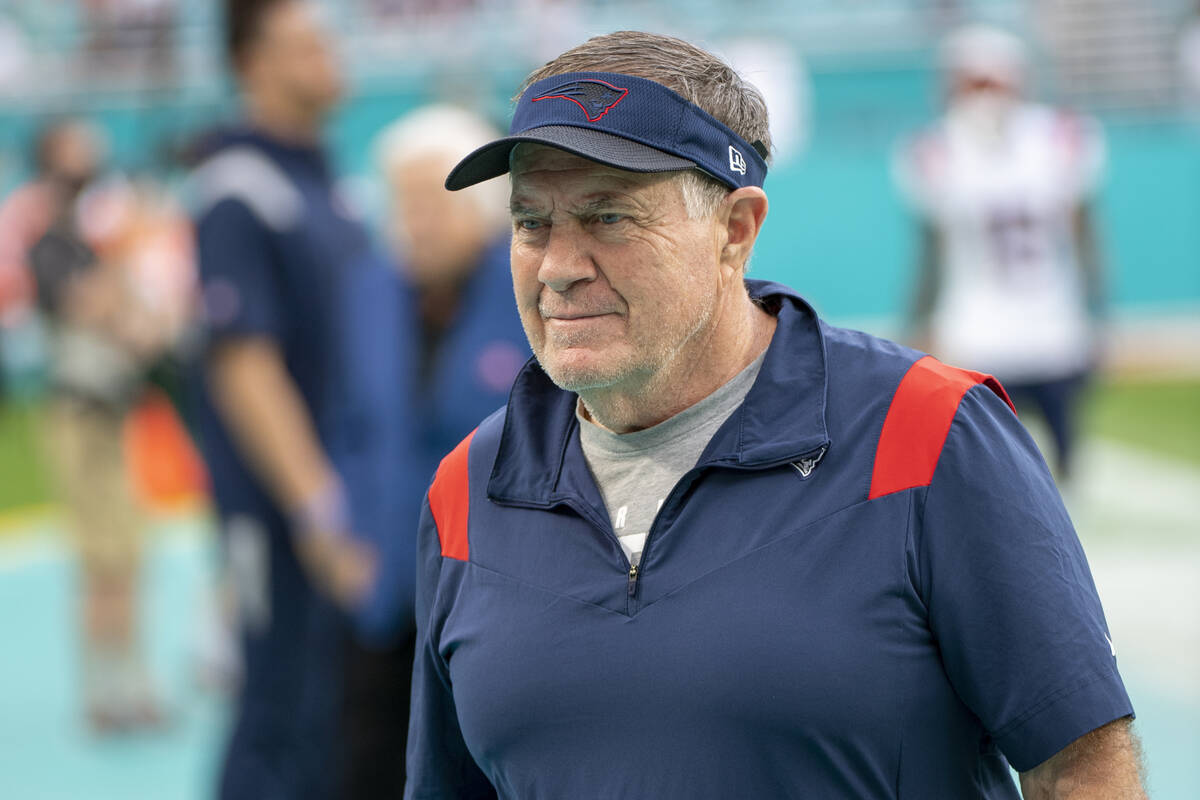 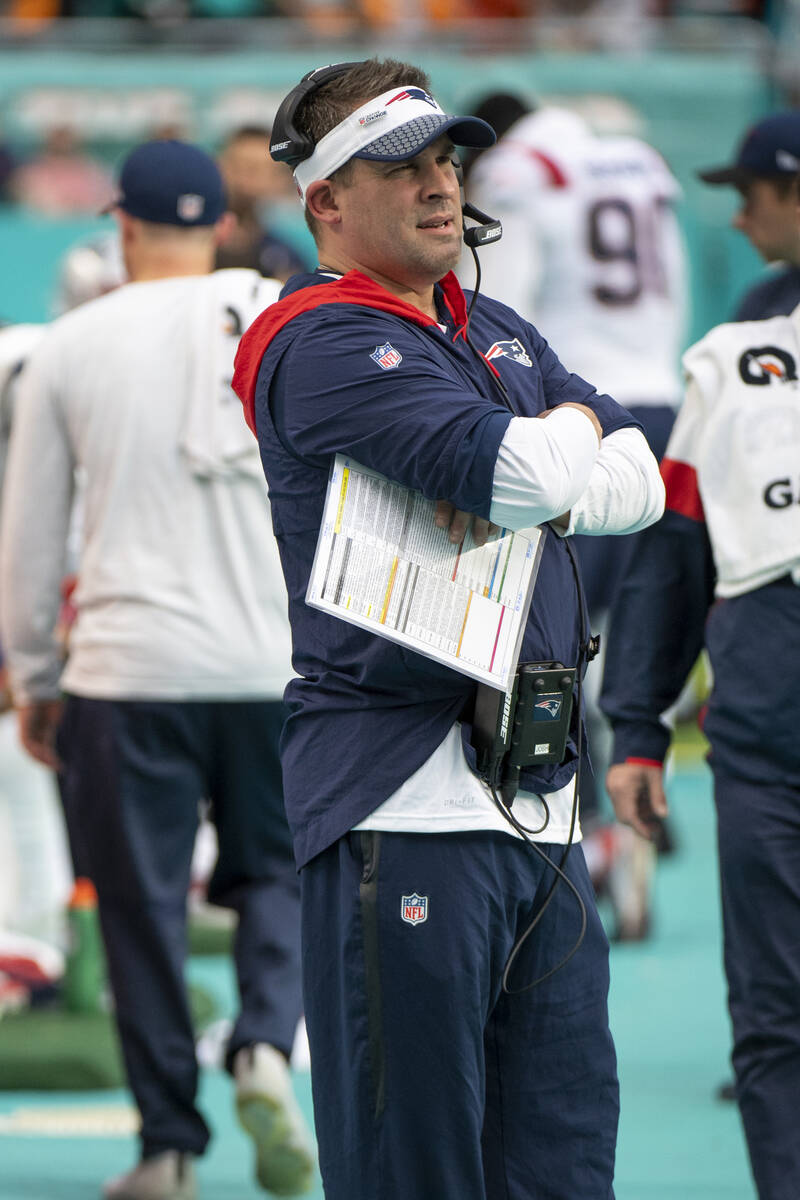 McDaniels met with owner Mark Davis and other decision-makers Friday night and continued those discussions Saturday.

The team made no announcement, and a source said no deal has been finalized.

Almost from the moment McDaniels landed on the Raiders’ radar, the reaction on social media was impassioned and immediate.

Of all the Raiders’ candidates, none has elicited the reaction McDaniels has received. Not all of it is good, either.

His two-season flameout with the Denver Broncos doesn’t help his cause. Nor does the infamous way he left the Indianapolis Colts at the altar after agreeing to become their coach in 2018 only to back out at the last minute.

Among the collateral damage created in Indianapolis, several assistants who agreed to join him were left high and dry.

Even his longtime association with the Patriots is cause for distress. Some chalk up his success as the Patriots’ offensive coordinator and quarterbacks coach to working with future Hall of Famers Bill Belichick and Tom Brady.

The assumption being McDaniels is merely a product of the greatness around him rather than a chief contributor to it.

But this Raiders candidate is widely respected in the NFL as a great Xs and Os coach.

Asked Friday about McDaniels, one NFL executive said, “Las Vegas is going to go places or not based on Derek Carr and the offense, and Josh can only help their cause from a coaching and tactical standpoint. He’s one of the true difference-making offensive brains in the league.”

As is always the case, the truth lies somewhere in between.

All that said, there are valid reasons why a pairing of McDaniels and the Raiders would succeed and enough red flags to brace for a potential crash and burn.

Here are reasons why it can and can’t work.

Why it can: Red-zone success

Over the past three seasons, the Raiders ranked 29th, 23rd and 22nd in red-zone touchdown percentage. Aside from 2020, when the Patriots replaced Brady with Cam Newton and finished 24th in that category, New England consistently has been one of the most proficient touchdown-scoring teams in the red zone.

That includes finishing seventh in the NFL last year (63.08 percent) with rookie quarterback Mac Jones at the helm and finishing in the top 12 from 2016 to 2019.

Last year, the Raiders ranked 22nd in third-down conversion rate at 37.95 percent. The Patriots were sixth at 43.95.

Why it can: Football smarts

While Belichick casts a large shadow over the Patriots’ operation, it is McDaniels who runs the offense, right down to playcalling.

His feel for the game and play selection at key junctures would be an immediate benefit. Also, it was McDaniels who navigated wildly different in-season Patriots offenses in 2016 that went from Jimmy Garoppolo to Jacoby Brissett to Brady.

And it was McDaniels who rewrote the Patriots’ playbook to suit Newton’s arrival in 2020 and then rewrote it again to suit Jones’ talents this year. He is adaptable to his personnel.

Why it can: Older, wiser

McDaniels was 33 when the Broncos hired him in 2008 not only to be their coach but also entrusting him with final say on all football-related decisions. It was too much responsibility for a young coach making his first go-around as head coach.

McDaniels, perhaps as a result of his lack of experience, overcompensated in many ways by overplaying the “Patriots Way” with the Broncos, which alienated some players and others in the organization.

McDaniels repeatedly has said he learned from the experience in Denver. It is on the Raiders to sort through the situation and decide for themselves if McDaniels adequately has grown from that experience. And from his well-publicized 11th-hour decision to back out of a commitment to coach the Colts in 2018.

Why it can: Synergy at top

The Raiders appear intent on creating a tandem among their coach and general manager by pairing two candidates who have a previous working relationship. It stands to reason that if McDaniels is the choice as the coach, the Raiders will pair him with current Patriots player personnel director Dave Ziegler, who has interviewed for their general manager vacancy.

Ziegler, who appeared headed to the Broncos last year as their general manager before Belichick added more power to his position in order to keep him in New England, earned accolades for overseeing a successful Patriots draft and free-agency period last year.

His relationship with McDaniels goes back to college, where they were teammates on the John Carroll University football team. The respect and working relationship they have should create a seamless transition if they are given the chance to work together with the Raiders.

Why it can’t: People skills

The Raiders could be taking a big risk if McDaniels is merely saying all the right things about his maturation over the past 12 years, only to revert to a true self once he gets settled in.

If McDaniels replicates his time with the Broncos by overly playing the “Patriots Way” and arrogantly handling the draft in an “I know better than you” manner, the experiment won’t just be a disaster, it would set the Raiders’ franchise back four or five years.

Why it can’t: Unproven leader

Ignoring the unique challenges of earning the respect of perfectionists like Belichick and Brady — who chew up and spit out unqualified co-workers — what if McDaniels truly is just the beneficiary of the greatness around him in New England?

To take it a step further, history is littered with coaches better suited as assistants rather than head coaches. While McDaniels might fit well in and around the structured environment of New England, maybe he isn’t cut out to be the chief decision-maker.

Why it can’t: Too disruptive

Bringing in McDaniels and a general manager could lead to too much change, disrupting the solid foundation the team already has in place.

His hiring almost assuredly means a changing of the guard among his coaching staff, which could lead to wholesale changes on the defensive staff, which oversaw significant improvements this season.

While McDaniels is known as an offensive guru, the choices he makes to lead his defense could have a profound effect on the operation. And it can’t be ignored that could be for the worse.