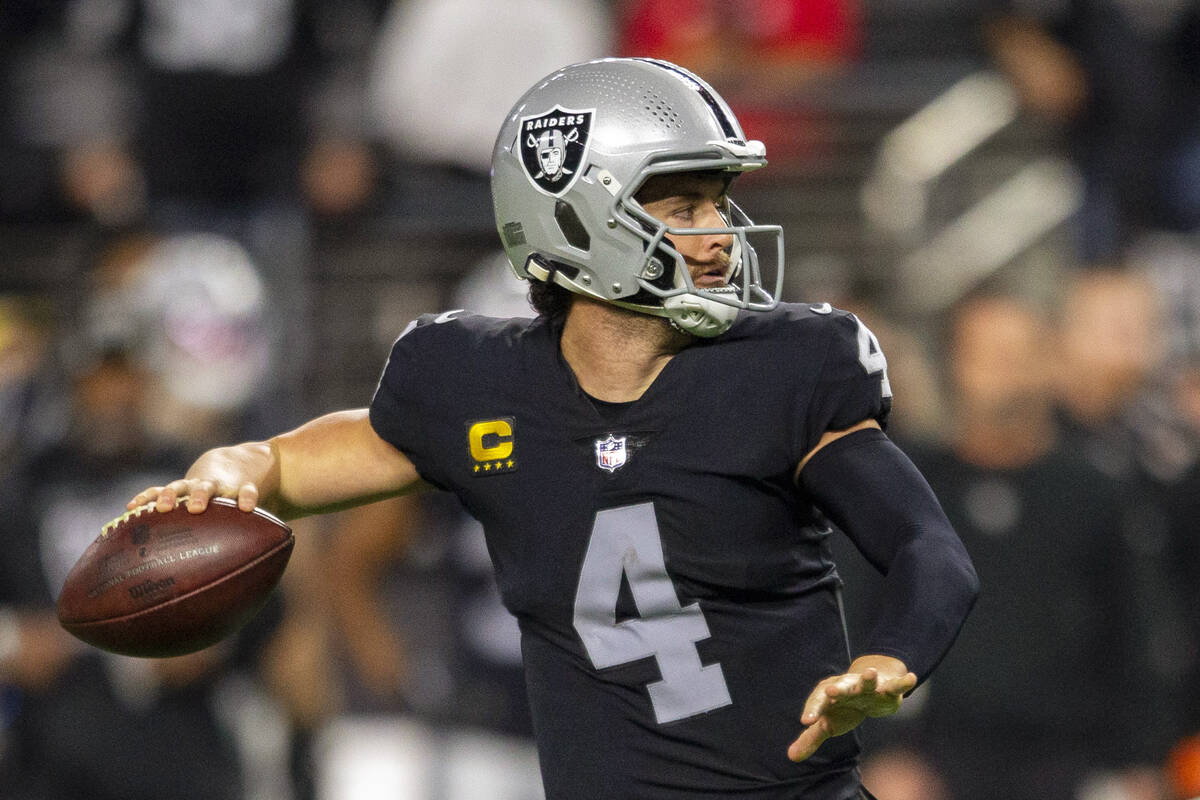 There are franchises in the sports world that take postseason appearances for granted. The Raiders are not one of them, particularly in a year marked by controversy, tragedy and more peaks and valleys than the Himalayas.

Saturday’s AFC wild-card game at Cincinnati will mark the Raiders’ first playoff game since the 2016 season and just the second since the Super Bowl loss to Tampa Bay in January 2003.

That it will happen despite so many outside factors working against the team and just weeks after they dropped five of six games should be appreciated as an accomplishment. But it’s still not the ultimate goal.

“I would say that our motto the whole year is that we’re after victory, and victory for us is being at our best, so that’s what we’re shooting for,” defensive coordinator Gus Bradley said. “We feel like if we play our best, the wins will take care of themselves. … We’ve done some very good things. We’re more consistent, but we haven’t reached victory yet.”

They can get one step closer when they take the field against the Bengals for a 1:35 p.m. kickoff at Paul Brown Stadium.

Bradley and the rest of the coaching staff want to make sure the team understands there is still work to be done.

The players insist it won’t be a problem.

Running back Jalen Richard was an undrafted rookie on the 2016 team that made the playoffs and hasn’t been back since. He has his sights set higher than just making another appearance in the tournament.

“Making the playoffs is just the first step, but the Super Bowl is what we have our eyes on,” he said.

Cornerback Casey Hayward knows these opportunities don’t come along often. He has played in eight postseason games with the Packers and Chargers, coming as close to the ultimate goal as an NFC Championship Game with Green Bay after the 2014 season.

Hayward said one benefit this year’s Raiders have is in how they closed the season. The team has been in playoff mode for a month, knowing it needed to win its final four games to qualify, so they’re used to playing with their backs against the wall.

“We’ve been needing to win to even get in, so we’ve had that mentality,” he said. “We just have to keep that going and win these games. It’s one and done now, so that’s what it is.”

Perhaps no player on the roster has more reason to appreciate the moment than quarterback Derek Carr.

In his eight years at the helm, the Raiders have made the postseason just once before. It was in that 2016 season when the team had big aspirations for a deep run before Carr, an MVP candidate at the time, was injured and was unable to play, instead having to watch his team lose from the sidelines.

He will be under center on Saturday with the opportunity of a lifetime.

“It’s something I’ve dreamed of since I was drafted,” he said. “That’s all I want to do is get to the playoffs and try and win a championship. The fact that we’re in the tournament, it’s really cool.

”But at the same time, my goal wasn’t just to make the playoffs … You always have bigger goals and bigger dreams and you’re always trying to achieve more. So, for me, it’s exciting, but still trying to keep that laser focus on the job at hand.”

Try to stay focused on every rep despite the stakes.

“The intensity has to go up, but it’s about doing the little things,” he said. “Back to basics. Pad level, hands, feet, good technique and gap sound. It’s about everybody doing what they have to do at a high level.”

They will have to do it against the Bengals, who are in a similar situation. They are seeking their first playoff win since January 1991.