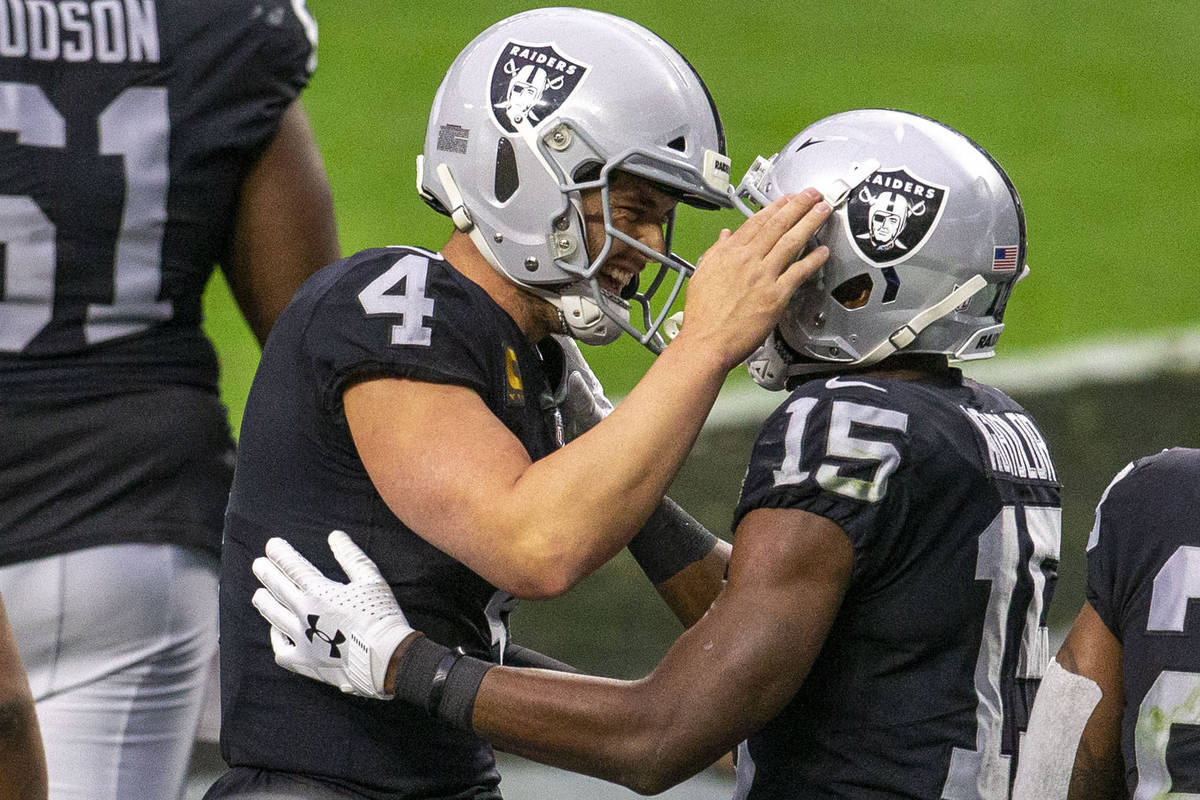 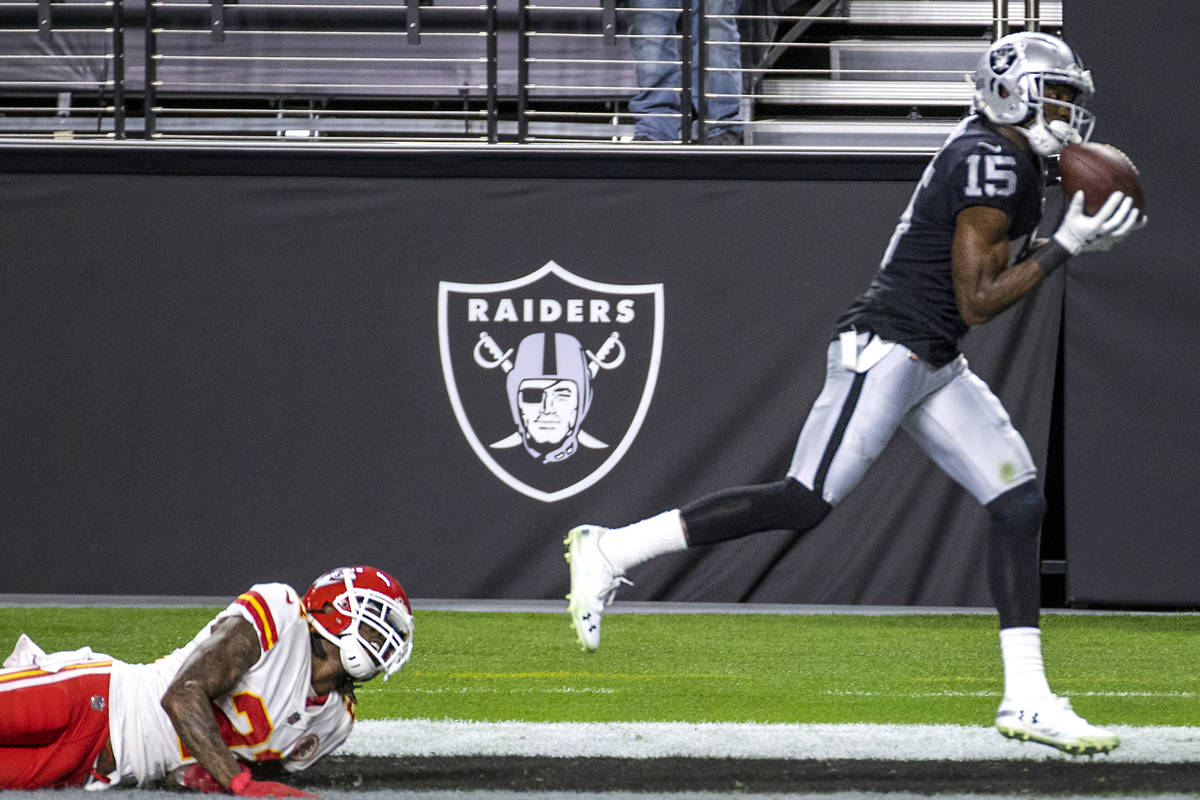 The Raiders clearly don’t want Sunday’s season finale against the Denver Broncos to be the last game Nelson Agholor wears the silver and black.

“I think he can be one of the best receivers in football,” Raiders head coach Jon Gruden said of the wide receiver, who becomes a free agent after this season. “He can run. He’s tough. He’s smart and he’s become one of the true leaders on this football team. He’s got it all.”

Quarterback Derek Carr agrees. “Nelly is someone that, what he can do on the field is only scratching the surface of what he brings to a football team.”

That is something Carr immediately picked up on while observing his new wide receiver interact with teammates. Prior to spending time with Agholor, Carr’s only real reference point was highlight footage and statistical data.

It painted Agholor as a speedy playmaker whose numbers during his four seasons with the Philadelphia Eagles were OK but not great. The high water mark occurred in 2017 and 2018 when he caught 126 passes for 1,504 yards and 12 touchdowns.

As Carr would soon find out, Agholor’s stats and highlight footage created only a snapshot of what Agholor is really all about.

“I found out he was just so much more than that,” Carr said. “He was a leader. His work ethic is second to none.”

All of which carried over to the field, with Agholor going from a complementary piece in Philadelphia, where his final season was marred by a handful of key drops, to a focal point in Las Vegas. It was a timely development for a team that was counting on rookie Henry Ruggs to quickly emerge as a go-to weapon.

Ruggs, though, has struggled to find his footing while dealing with injuries, COVID-19 and the finer points of the wide receiver position.

Ruggs’ slow development, coupled with the season-ending injury to Tyrell Williams in training camp, meant a bigger than expected role for Agholor. To his credit, he seized the opportunity.

But it will cost the Raiders to keep him. He clearly outperformed the one-year, $1.4 million contract he signed last March, and his development as one of Carr’s most trusted and productive weapons certainly creates a more lucrative market for him across the NFL.

He’s attractive as a free agent not just for the body of work he produced this year while accumulating 47 catches for 839 yards and eight touchdowns, but as someone the Raiders and others in the league now believe still has room to grow.

The question is, how does all that affect what it will cost the Raiders to keep him?

From his perspective, a likely starting point could be the four-year, $44 million contract Williams signed with the Raiders in 2019, with $22 million guaranteed. In essence, the Raiders would merely flip Williams’ contract to Agholor if and when they cut ties with Williams.

But with COVID-19 wreaking havoc on NFL revenue this year and a salary cap that may shrink by as much as 11 percent, according to most estimates, that seems unlikely.

That means 2021 free agents are bound to feel the pinch. So Agholor is likely looking at a deal that falls somewhere in between the two-year, $20 million contract wide receiver Robby Anderson received from the Jacksonville Jaguars and the one-year, $6.5 million wide receiver Breshad Perriman got from the Tampa Bay Buccaneers in March.

In other words, two years and a fully guaranteed $15 million could be the compromise.

It would leave a still marketable 30-year-old Agholor in a position to enter a less volatile market in 2022. More importantly, it would mean Agholor was remaining with the Raiders the next two seasons. No longer would he be a leaguewide surprise but a trusted cog in the Raiders’ attack.

“I think once I saw that work ethic, once I saw how he works, those big plays and highlights were no shock to me,” Carr said.