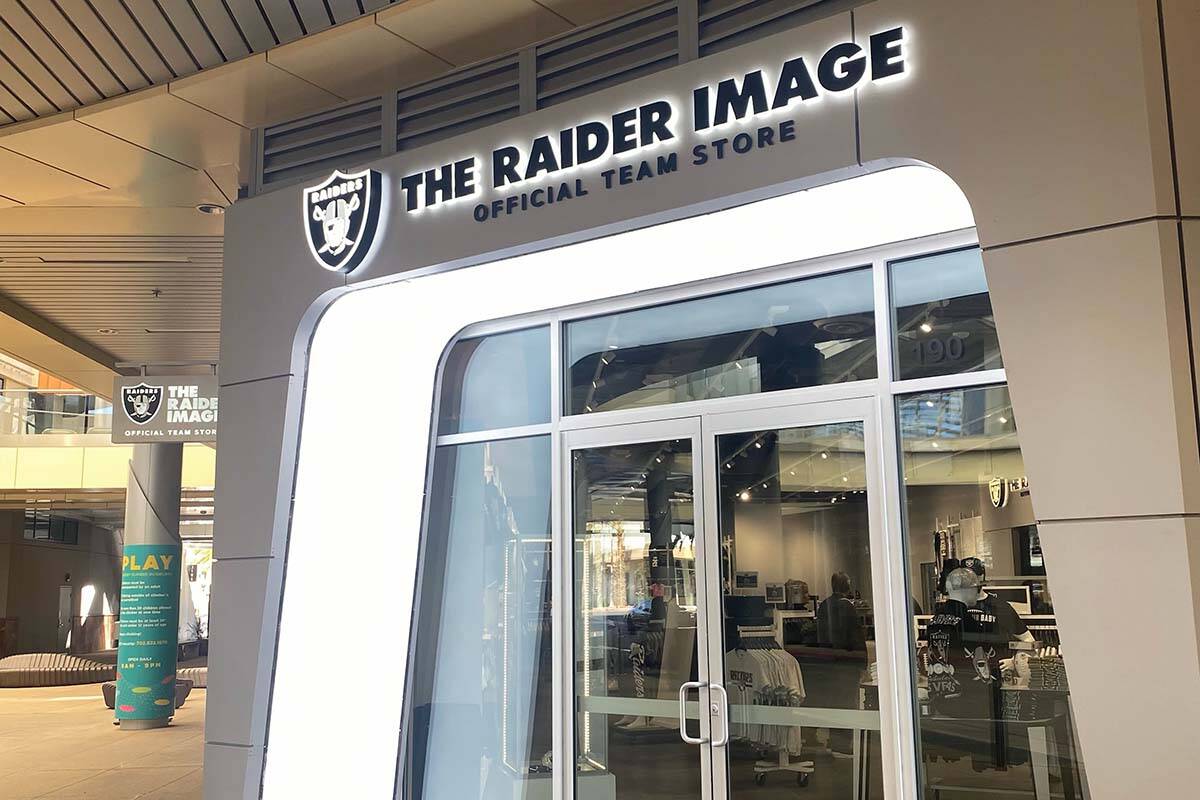 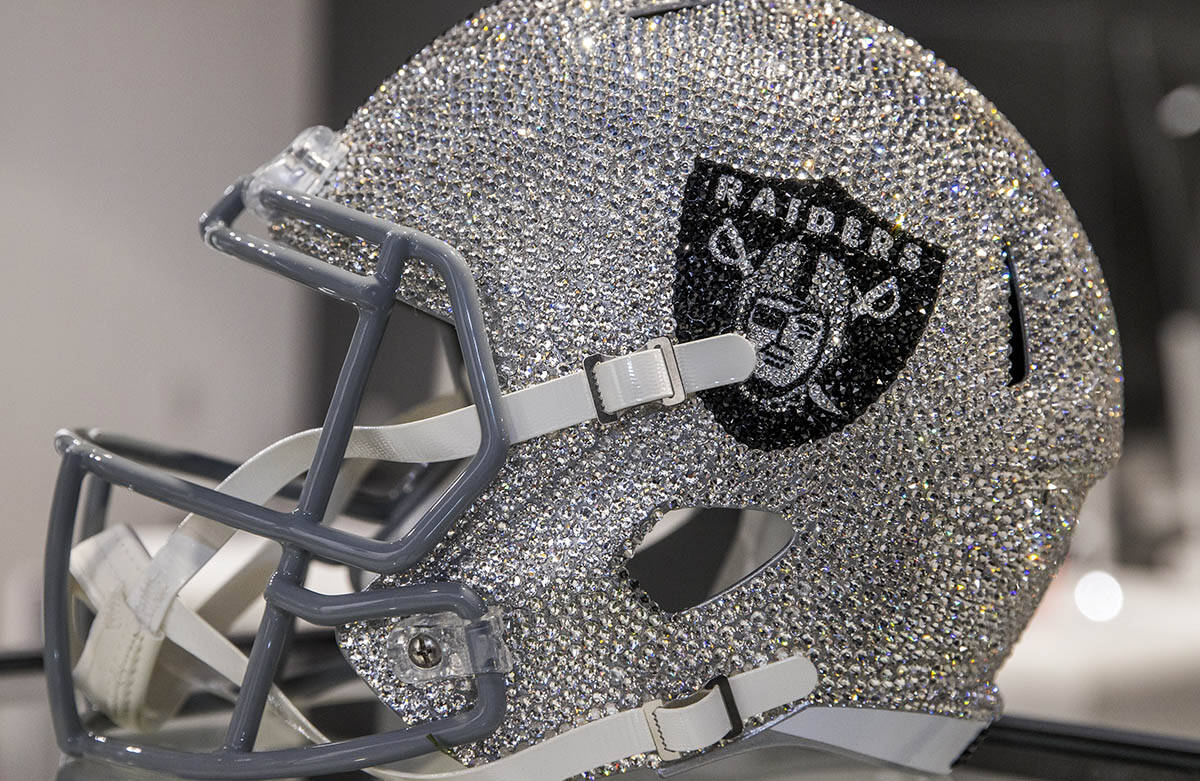 A crystal-covered Raider's helmet for $7,700 is on display at The Raider Image official team store inside of Allegiant Stadium, Sept. 15, 2020, in Las Vegas. (L.E. Baskow/Las Vegas Review-Journal) @Left_Eye_Images

Fans of the Silver and Black now have two more Southern Nevada locations to pick up gear from their favorite team.

A pair of Raider Image stores opened their doors recently, one in Downtown Summerlin and the other in the C Gates of Harry Reid International Airport.

The Downtown Summerlin location opened last month and is located next to Sunglass Hut under the covered canopy.

Raider Image is the Raiders official team store and carries various team-themed items, including many that are exclusive to the stores.

There are now eight Raider Image locations in the Las Vegas Valley, with their flagship store located inside Allegiant Stadium. Others include at the Galleria at Sunset mall in Henderson, Town Square outdoor mall, Mandalay Place, Fashion Show Mall, Miracle Mile Shops. There is also a Raider Image kiosk located in the D Gates of Reid airport.