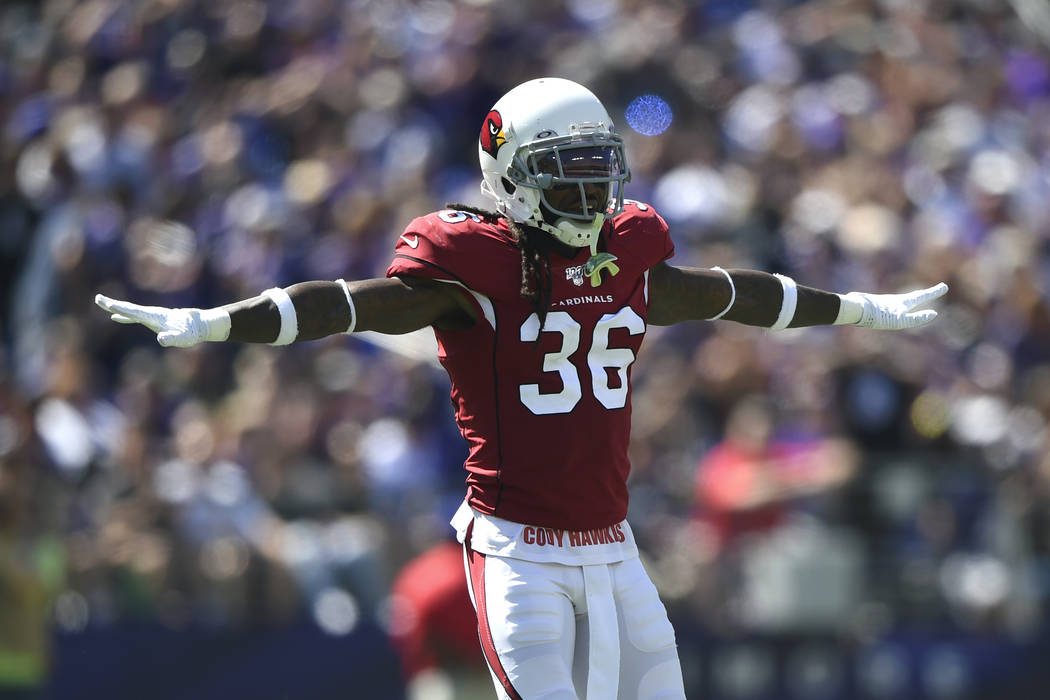 Safety D.J. Swearinger, seen plaing for the Arizona Cardinals, is expected to be active for the Raiders this weekend. (AP Photo/Gail Burton)

Safety D.J. Swearinger and defensive end Dion Jordan have only been around the team for a few practices, but head coach Jon Gruden said he expects both to be active on Sunday.

“We’re going to get those guys up and start the process,” Gruden said. “We need them.”

Defensive coordinator Paul Guenther had positive impressions of both from their first couple of practices. Guenther said Swearinger’s familiarity with similar systems helped get the safety up to speed quickly.

“He’s a smart guy to begin with so he’s picked it up really good,” Guenther said.

And while Jordan hasn’t played at all this season while serving a suspension, Guenther said the defensive end has been impressive in practice.

“He should really help us out. He’s real smart and he’s picked up the playbook quick,” Guenther said.

“We looked at him as an inside and outside rusher,” Gruden said. “I don’t know what his overall football shape is without OTAs, training camp, missing 10 weeks of the regular season. But he did come in and really look the part.”

A former No. 3 overall pick in 2013, Jordan has 8½ sacks in 43 career games. Swearinger has 14 career interceptions, nine forced fumbles and 4½ sacks in 94 career games.