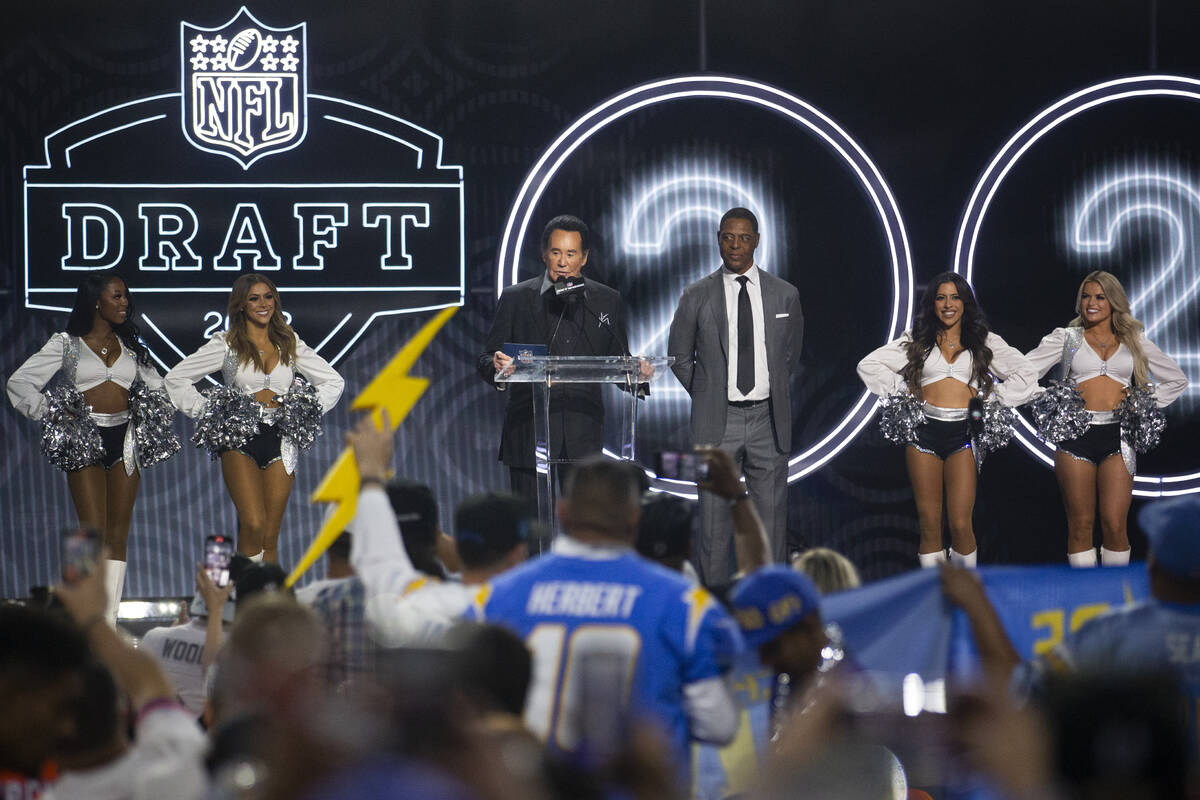 The Raiders’ new regime was given high marks by NFL draft experts for making the most of not having their first- and second-round picks, acknowledging that getting Davante Adams was worth losing those selections.

Here is what those experts had to say:

Comment: “This is one of those draft classes where it’s important to keep in mind that we are grading how well teams did with what they had. The Las Vegas Raiders didn’t pick until the third round and still managed to get good prospects who should compete to fill holes they have on the roster.”

Comment: “We didn’t get a Raiders pick until No. 90 overall, and they still had a quality draft. The first four selections were solid picks. … The last two picks, albeit late, weren’t fantastic.”

Comment: “The new front office in Las Vegas has made a bunch of changes, most notably trading for star wideout Davante Adams, which depleted its draft class. Without a first- or second-round pick, this is tough to grade. Even so, Raiders general manager Dave Ziegler must be an ESPN.com reader, because he used two of his first four picks on my favorite prospects in this class. … Adams obviously is a proven star, and (offensive line Dylan) Parham and (defensive tackle Matthew) Butler are my guys, so this is a solid B class, even without volume of picks.”

Comment: “Trading for Davante Adams was worth the premium picks. Parham’s strong base, mobility and ability to play center or guard made him a solid third-round selection that strengthens a lacking interior offensive line. (Running back Zamir) White is a speedy back with power who could have been picked in the third round. The Raiders took (running back Brittain) Brown in the seventh round to make sure they have plenty of options at that position. (Defensive tackle Neil) Farrell brings a strong anchor to the defensive line, while Butler is more apt to win with quickness inside.”

Comment: “The Raiders went to work late after giving up their first- and second-round picks for Davante Adams. They got the ideal run blocker inside in Parham, and White can be more of Josh McDaniels’ type of running back. Throw in Farrell, and they did right by their board for new GM Dave Ziegler.”

Comment: “This is what you’d expect out of a pick-starved class. The Raiders took some big swings at SEC players who can compete for jobs right away. Just because a team is out of early-round picks doesn’t mean they have to throw their hands up.”

Comment: “They needed to improve the blocking in front of QB Derek Carr and obtained Memphis G Dylan Parham in Round 3. Georgia RB Zamir ‘Zeus’ White arrived in the following round and might be taking over for (Josh) Jacobs in a year. And, incidentally, the Silver and Black also got the best receiver in the game – All-Pro Davante Adams – for their first- and second-rounders, and that’s really what Carr and Co. care about.”

Comment: “The Davante Adams trade gives this class some heft before a pick was even made. And once the Raiders were on the clock, GM Dave Ziegler and coach Josh McDaniels went after a few problem areas (offensive and defensive line), added backfield depth and generally got good bang for their buck.”