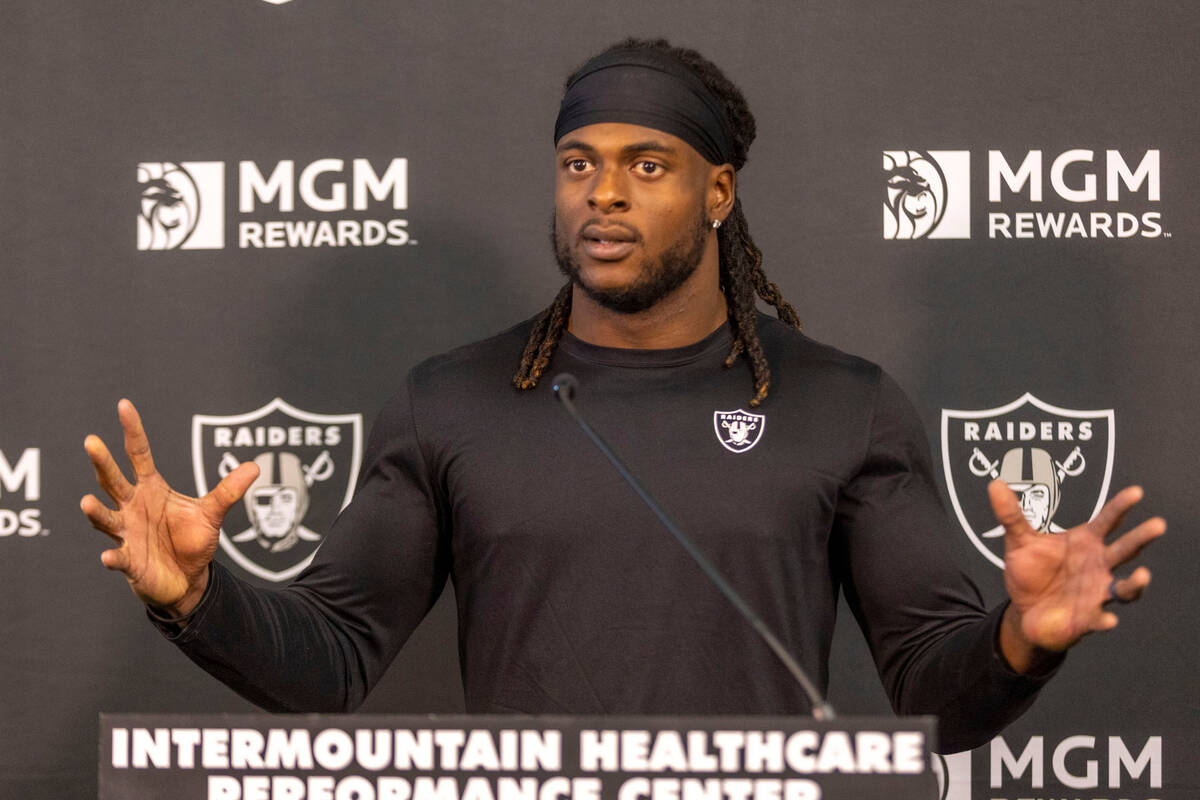 The NFL is likely to wait to levy any penalty against the Raiders’ Davante Adams until after the legal ramifications of his case are resolved.

Adams is facing possible league discipline for his involvement in shoving incident after last Monday night’s game against the Chiefs in Kansas City. According to a league spokesman, the Adams’ situation “remains under review pending developments in the case.”

Adams is facing a fine, suspension or both by the league. He has a court date scheduled for Nov. 10.

Adams on Wednesday was charged with a Kansas City ordinance assault violation over the shoving incident, which occurred between the wide receiver and a cameraman immediately following the team’s loss to the Chiefs on Monday night.

The violation carries a potential fine of $250 to $1,000 or up to 180 days in jail — or both, according to Benita Jones of the Kansas City Municipal Court division.

In the citation, Adams, 29, was deemed to have by “intentional overt act, inflict bodily injury or cause an unlawful offensive contact” upon pushing the victim, Ryan Zebley, to the ground.

Zebley, also known as “Park,” is a 20-year-old Missouri-Kansas City student, according to multiple media reports. He was carrying a small video camera on a tripod at the time of the shove, which caused him to fall backward onto the ground just inside the players’ tunnel to the visitors’ locker room.

Zebley was working for ESPN’s “Monday Night Football” crew at the time, the reports said.

The Raiders are on their bye week and return to action next Sunday against the Houston Texans at Allegiant Stadium.