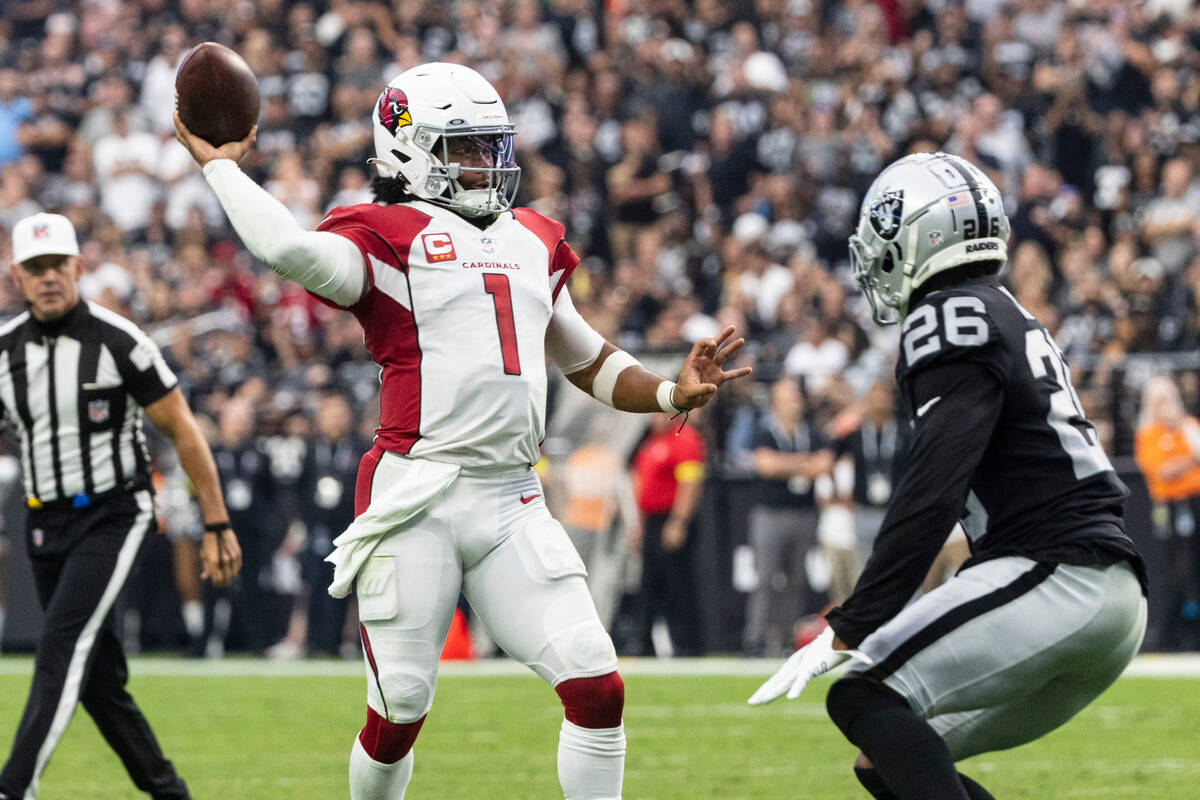 Speaking Wednesday for the first time about being struck in the face by a fan during the Arizona Cardinals’ celebration of Sunday’s comeback victory over the Raiders at Allegiant Stadium, quarterback Kyler Murray sounded as if he is ready to put the incident behind him.

“Stuff happens fast,” Murray said at his weekly news conference about the scene at the end of the Cardinals’ dramatic comeback win. “I don’t know. I know every person I’ve hit in the face, I did it for a reason.”

As for the fan who hit him, Murray said, “I don’t know if he probably didn’t know where he was — it was a pretty live game. Vegas is Vegas. I’m sure he was having fun. But — I don’t know — I don’t think any player should be getting touched in that manner.

“But no hard feelings toward the guy. If I see him, I’ll shake his hand. But it is what it is.”

Video shows Murray celebrating with fans who were standing inside the Wynn Field Club, which is just beyond the back of the north end zone. Only a 4-foot wall separates the club area from the field of play.

As Murray exuberantly celebrated with the fans, an open hand can be seen coming straight down on his face.

Murray quickly turned and tried to confront whom he thought was responsible, but he appeared to be targeting his anger mistakenly at someone other than the fan who struck him.

Teammates quickly restrained him, and the situation de-escalated.

Las Vegas police are investigating an incident in which a fan struck a player, though Metropolitan Police Department policy doesn’t allow it to identify specific victims of such alleged attacks.

Murray said he doesn’t regret heading to the area to celebrate after a wild overtime ending to a dramatic comeback and 29-23 victory.

“I would do it all over again if I could,” he said.

3
Bettors load up on one side of Raiders-Titans game