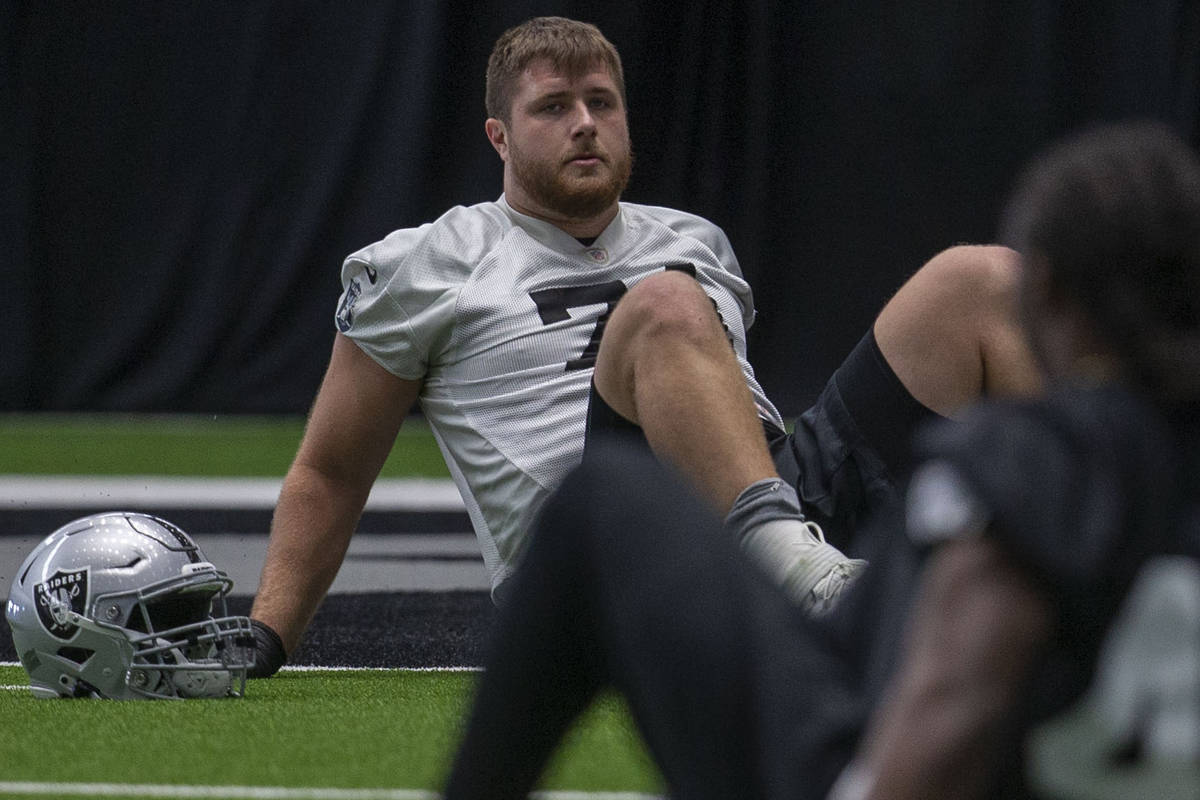 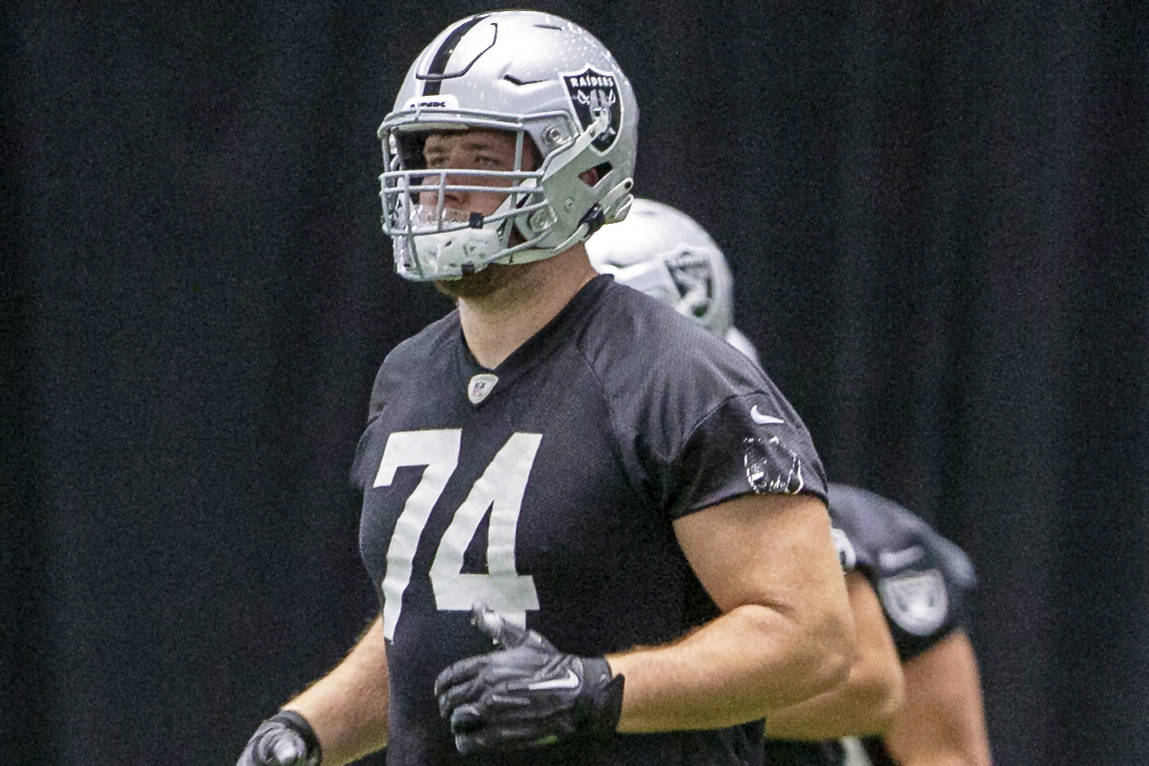 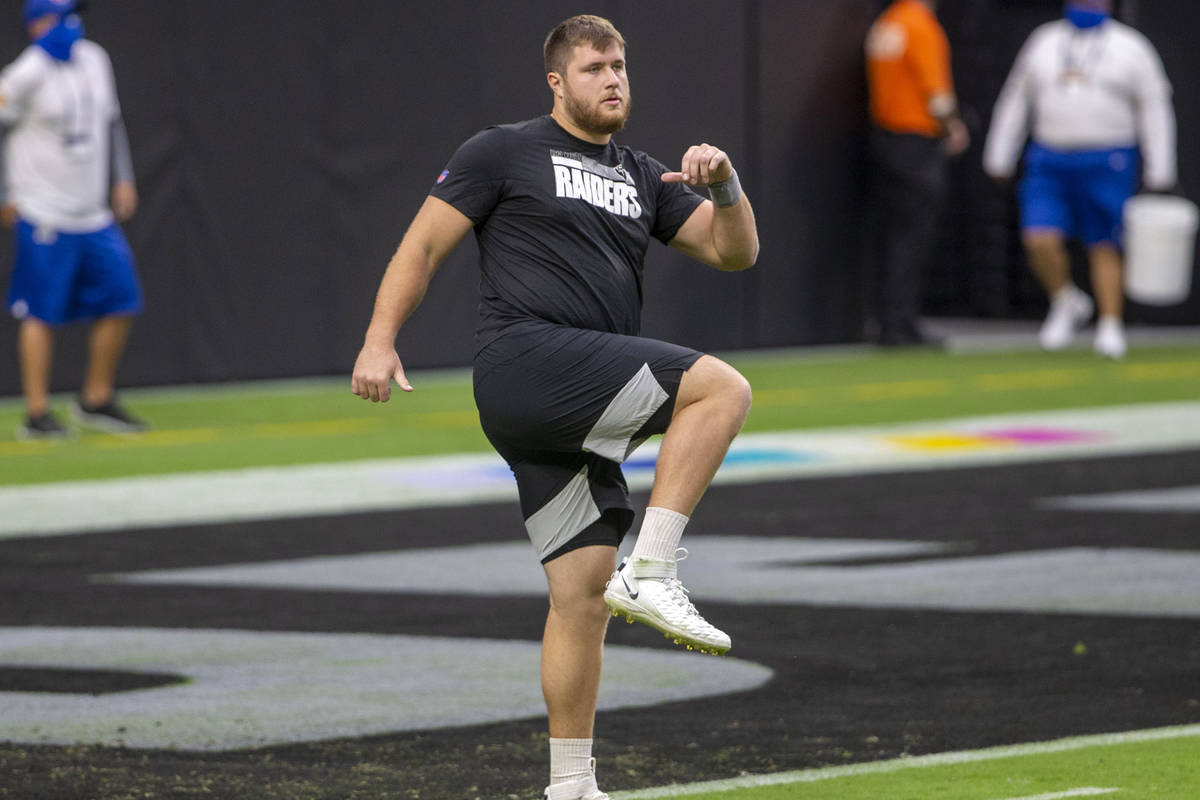 The relative blink of an eye that it took Kolton Miller to go from first-round draft reach to the cornerstone of the Raiders’ offensive line isn’t lost on the former UCLA standout.

That the three-year contract extension he signed on Friday coincides with the overnight overhaul of the veteran offensive line beside him is indicative of how has fast life truly moves in the NFL.

“Things got moved around a lot,” Miller said. “But that happens with teams.”

As a result, the formerly young pup is now the elder statesman of a position group that has undergone a transformation over the last month. The trades of veteran stalwarts Rodney Hudson and Gabe Jackson have left big shoes to fill at center and right guard. And while Trent Brown only played in four complete games season, his departure to New England creates a hole at right tackle.

It’s left an unsettled framework from which offensive line coach Tom Cable will rebuild around Miller, who represents the only certainty. After recovering from a rocky first season in 2018, Miller has developed into one of the better left tackles in the NFL.

Until a victor is decided between Andre James and veteran Nick Martin to replace Hudson at center, the pecking order is determined among Richie Incognito, Denzelle Good and John Simpson at guard and the Raiders identify a right tackle to take over for Brown, unsettled is the state of the Raiders’ offensive line.

Using his own rise from a draft pick that so many pundits mocked to the first player from his draft class to sign a long-term extension, Miller has faith that it will all work out. The ace up his sleeve is the grizzled offensive line coach who aided his transformation over the last three seasons.

He comes to that conclusion with open eyes, not only as a beneficiary of Cable’s teachings but also from his experience playing alongside Incognito and Good over the last two seasons. Miller also is excited about the potential ofJames, his former UCLA teammate who the Raiders have been grooming behind the scenes the last two seasons.

The Raiders haven’t outright declared James the heir apparent to Hudson, and Martin isn’t about to easily concede the job to him, but the contract extension the Raiders awarded James signals a level of confidence.

“They’re putting extra time off the field during this offseason,” Miller said. “He’s really doing all he can to make those big strides.”

Right tackle remains the biggest question mark. While there is still hope that 2018 third-round pick Brandon Parker can find his NFL footing, the Raiders are likely to add a veteran free agent while focusing on the draft to find the long-term solution.

Drafting 17th in the first round, the Raiders are well-positioned to reel in an impact Day One starter. Virginia Tech’s Christian Darrisaw, Oklahoma State’s Teven Jenkins and Notre Dame’s Liam Eichenberg are among the players to keep an eye on.

“Obviously, there’s going to be competition ,” Miller said. “We’re just going to work hard together. We’re going to continue to invest that trust.”