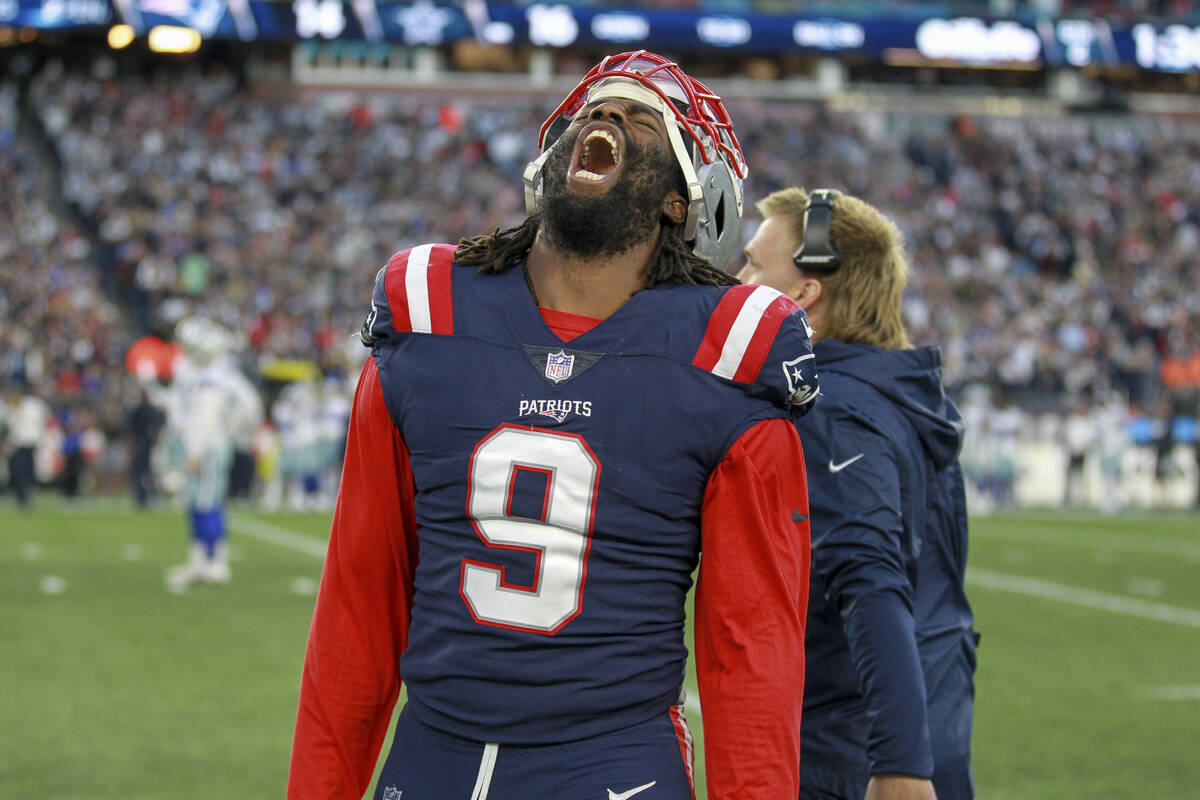 Patriots star Matthew Judon’s face lit up and his voice changed when asked if he had any thoughts on Josh McDaniels being named head coach of the Raiders.

“Mickey-D is my guy,” the outside linebacker exclaimed shortly after practicing with his AFC Pro Bowl teammates at Las Vegas Ballpark on Friday.

McDaniels was the offensive coordinator of the Patriots until last week when the Raiders hired him.

Judon, who is making his third straight Pro Bowl appearance, just signed with the Patriots last offseason and didn’t play on the side of the ball McDaniels was coaching.

That didn’t stop the coach from having a big impact on Judon, who had a career-high 12.5 sacks.

“Josh is my dude,” he said. “It definitely hurt to see him leave, but I think he’s going to do wonderful out here.”

Judon fully believes McDaniels is ready to jump back into head coaching more than a decade after his disappointing first stint in Denver.

From the player’s perspective, the fact McDaniels went back to being a coordinator for an extended period of time and bided his time for the right opening suggests things will go much better this time around.

McDaniels has spurned overtures from teams over the years, but ultimately decided the Raiders and Las Vegas were a good match for him and his family.

“I think the best thing for him is he wasn’t ready to leave,” Judon said. “He was comfortable doing his job. I think that’s what you need as a head coach, somebody that’s not just doing it to look good for the next organization. So I think him being that type of person is great for him.”

It also helped McDaniels that his good friend and former college teammate Dave Ziegler was coming with him to be the Raiders’ general manager.

Ziegler was essentially in that role in New England, but didn’t have the title because coach Bill Belichick is in charge.

The 44-year-old Ziegler became director of player personnel for the Patriots during last offseason and oversaw a spending spree that brought several big-name free agents to town.

New England spent a $163 million in guaranteed deals before the 2021 season and also drafted quarterback Mac Jones in the first round.

The moves, partially overseen by Ziegler, paid immediate dividends. The Patriots improved by three wins and made the playoffs after a down year.

Jones, who made the Pro Bowl as a rookie, was a big factor. So was Judon, who was a big part of the class Ziegler helped bring to New England.

The former Ravens star helped the defense to a solid year in his first season with the Patriots.

Judon spoke highly of Ziegler, who helped put their rebuilding plans in action.

“He’s a really good guy,” Judon said. “Straightforward and honest. He will always tell you what he’ll expect of you. The Raiders are getting a real good dude. I was sad to see him leave, but I was glad he got an opportunity to kind of manage his own team.”

Time will tell if McDaniels and Ziegler can put their plan in place and build a consistently successful franchise like they one they came from. But those who have worked with them, like Judon, continue to express belief that they can.