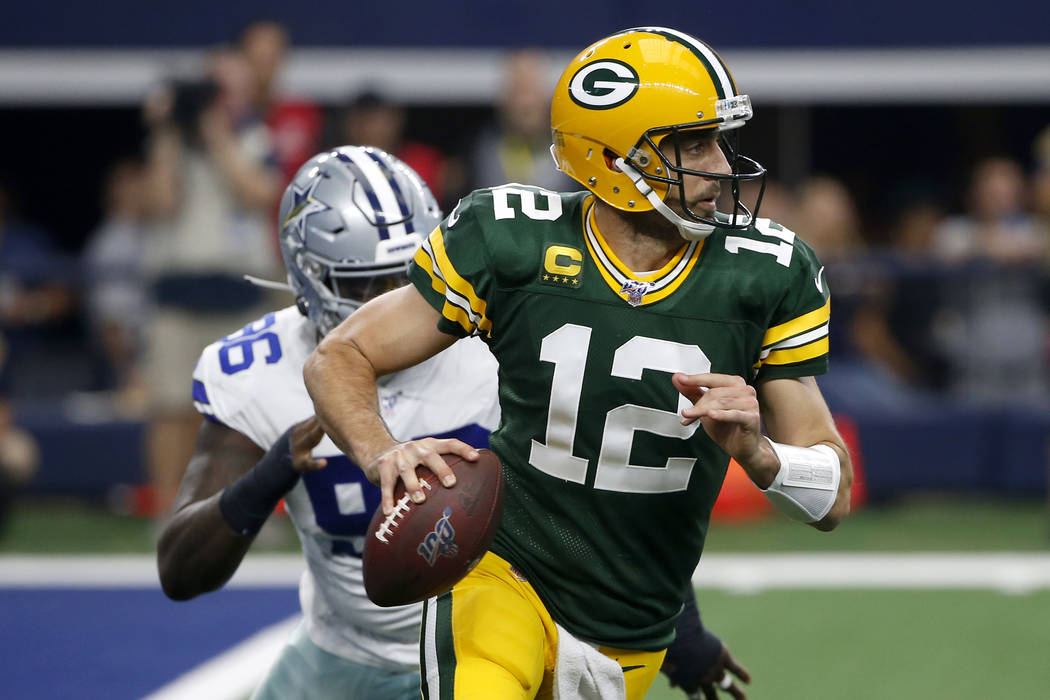 Derek Carr is quietly putting together a strong bounce-back season for the Raiders. There’s still a reluctance to take chances, but he’s moving the chains and has been good on the deep shots he does take. The Packers have Aaron Rodgers.

This is a close call. Josh Jacobs has been everything the Raiders have hoped for when they selected him in the first round of the draft. He said he is feeling as good as he has all season after getting the bye week, and Carr said he is trying to get Jacobs more involved in the passing game. Aaron Jones has had some massive games and gives the Packers a legitimate running game but has been inconsistent. He lost touches to Jamaal Williams on Monday after an egregious dropped pass and a fumble, a week after a four-touchdown performance at Dallas.

There’s no question the Packers have a better receiving corps when both units are healthy. Neither team is anywhere close to full strength, however. The No. 1 options, Green Bay’s Davante Adams and Oakland’s Tyrell Williams, are out. Tight end Darren Waller has emerged as the Raiders’ go-to receiver, but he needs help. Marquez Valdes-Scantling and Geronimo Allison, who was previously listed as doubtful, have a chance to play for Green Bay. That would tip the edge to the Packers. Even without them, Rodgers tends to make his receivers look good.

The Packers’ line is average, but that’s all the team needs from it. Rodgers is so good at subtle movements in the pocket and even better when the protection breaks down and he has to improvise. Oakland’s offensive line is a strength, but it has yet to be at full strength. The Raiders get a big boost from the return of right guard Gabe Jackson, but are expected to be without star right tackle Trent Brown.

The interior of the Packers’ line has been a mess at times in the team’s base defense, though the frighteningly bad numbers against the run have started to improve in the last two weeks. The Raiders continue to make progress at the line of scrimmage on defense, particularly with the emergence of Maxx Crosby.

Za’Darius Smith and Preston Smith, acquired by the Packers in free agency in the offseason, have been a nightmare for opposing offensive lines in the passing game. They are hybrids on the edge and create havoc off the edge. Tahir Whitehead has filled in admirably for the suspended Vontaze Burfict and will continue to fill the role for the Raiders.

The Raiders’ Erik Harris has had a positive impact on a unit that is showing positive signs since the disaster against the Chiefs, but Rodgers will be a true test of exactly how far it has come. Jaire Alexander has become an elite corner on one side for the Packers. The difference might be in the slot, where Lamarcus Joyner continues to struggle for the Raiders and Tramon Williams has thrived for Green Bay.

Both teams are in the middle of the pack in the NFL, according to Football Outsiders special teams rankings, with Green Bay 13th and the Raiders 17th. Rookie punter A.J. Cole is getting plenty of distance on his kicks, but allowing too many returns to put his net average at the bottom of the league.

The Raiders are off two consecutive wins and a bye week, and the banged up Packers had a short week after surviving a Monday night scare from the Lions with a little help from the officials. Rodgers is 2-0 against the Raiders, but has posted pedestrian numbers in both games.