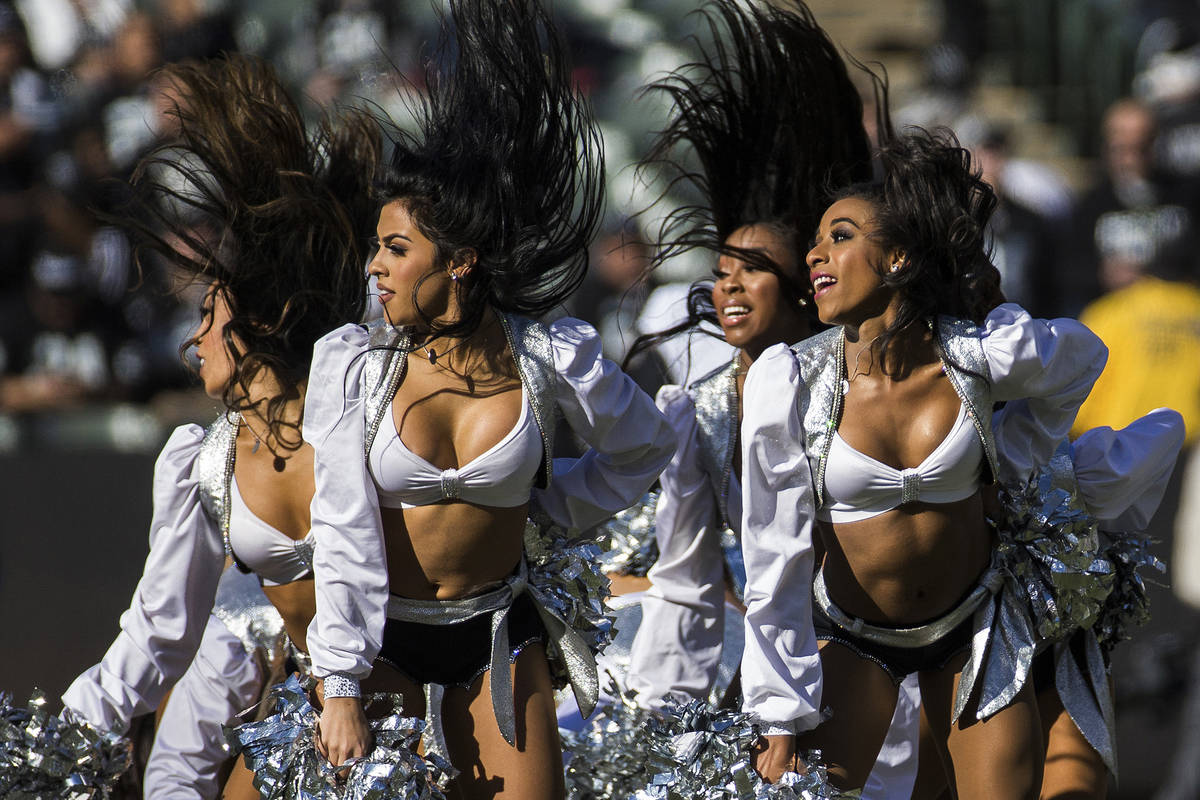 The Raiderettes perform during a break in the first quarter of an NFL football game with the Jacksonville Jaguars at the Oakland Coliseum on Sunday, Dec. 15, 2019, in Oakland, Calif. (Benjamin Hager/Las Vegas Review-Journal) @benjaminhphoto 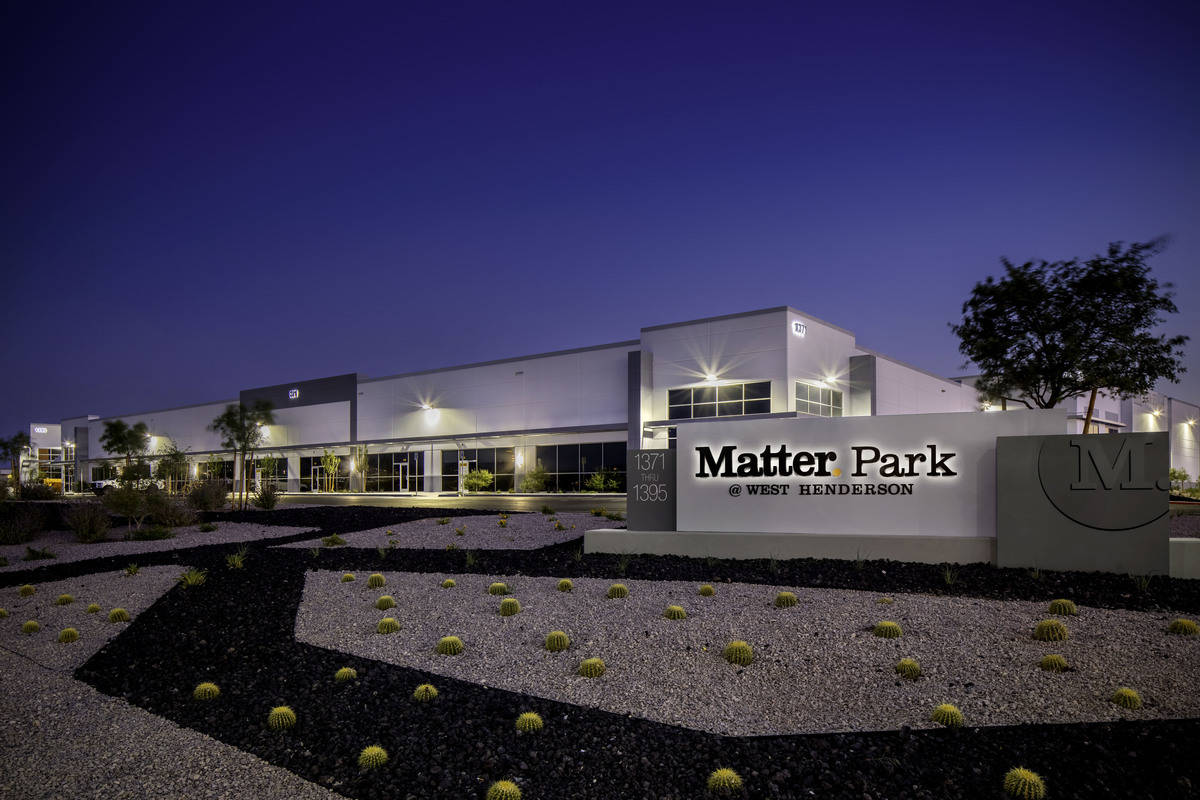 Matter Park @ West Henderson will be the new headquarters for the Las Vegas Raiderettes. The park is located across the empty dirt lot on Raiders Way in Henderson from the franchise’s nearly finished headquarters and practice facility in Henderson, Nevada.

A Derek Carr Hail Mary pass away from where the Raiders will hone their game, “Football’s Fabulous Females” will have a space of their own in their new hometown.

The Raiderettes signed a lease with Matter Park at West Henderson for a 20,000-square-foot space to be used as the headquarters for the Raiders cheerleading squad.

The park is located across the empty dirt lot on Raiders Way in Henderson from the franchise’s nearly finished headquarters and practice facility.

The Raiderettes’ headquarters makes up a portion of the 300,000 square feet of the first phase of Matter Park, according to Tom van Betten, vice president of Matter Real Estate Group, who developed Matter Park.

“The Raiders coming to Las Vegas is one of the most exciting things to happen in the city in years,” van Betten said. “We are thrilled to be a part of this historic chapter by welcoming the silver and black of the Raiderettes to their new home at Matter Park at West Henderson.”

Las Vegas-based architecture firm Leo A Daly — which also played a role in designing the look of the Raiders’ practice facility — created the design for the Raiderettes’ soon-to-be home, van Betten said.

“That project recently got a permit from the city of Henderson, so they’re just now starting on the construction,” van Betten said. “They’re looking at almost four months to build it, so they’re talking about an October grand opening.”

The Raiderettes join convention services company Creative Technology, which has a 100,000-square-foot space at the park, and interior design company The Idea Room, which also will occupy the new complex.

An additional 500,000 square feet is to be added in Phase Two, set to open in summer 2022. At full build-out, the $90 million development will span 37 acres with seven buildings offering office, flex and showroom space, in addition to warehouse and distribution space.

Aside from Matter Park, Matter Real Estate is developing other projects in the Las Vegas Valley, including the UnCommons mixed-use development breaking ground this spring in southwest Las Vegas. The $400 million development is designed for the modern workforce’s desire for a workplace that enhances lives through rich amenities, open space and connectivity.

The 2020 Raiderette squad has yet to be finalized, as the group held virtual tryouts amid the COVID-19 pandemic. The field of prospective cheerleaders has been broken down to 65, from which the finalists will be picked.