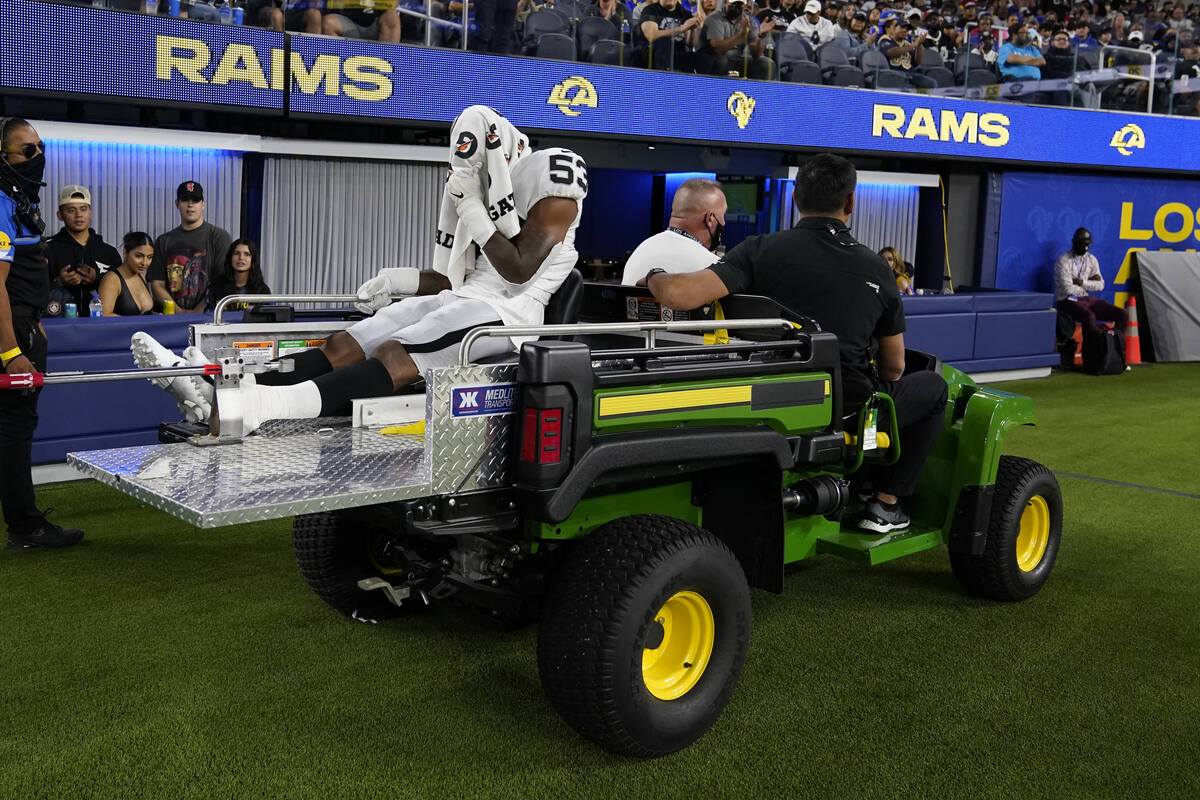 Las Vegas Raiders linebacker Javin White (53) is carted off the field after an injury during the second half of a preseason NFL football game against the Los Angeles Rams Saturday, Aug. 21, 2021, in Inglewood, Calif. (AP Photo/Ashley Landis)

The Raiders activated linebacker Javin White, the former UNLV standout, from the injured reserve list to the active roster Monday.

White has been on injured reseve all season after injuring his knee during training camp.