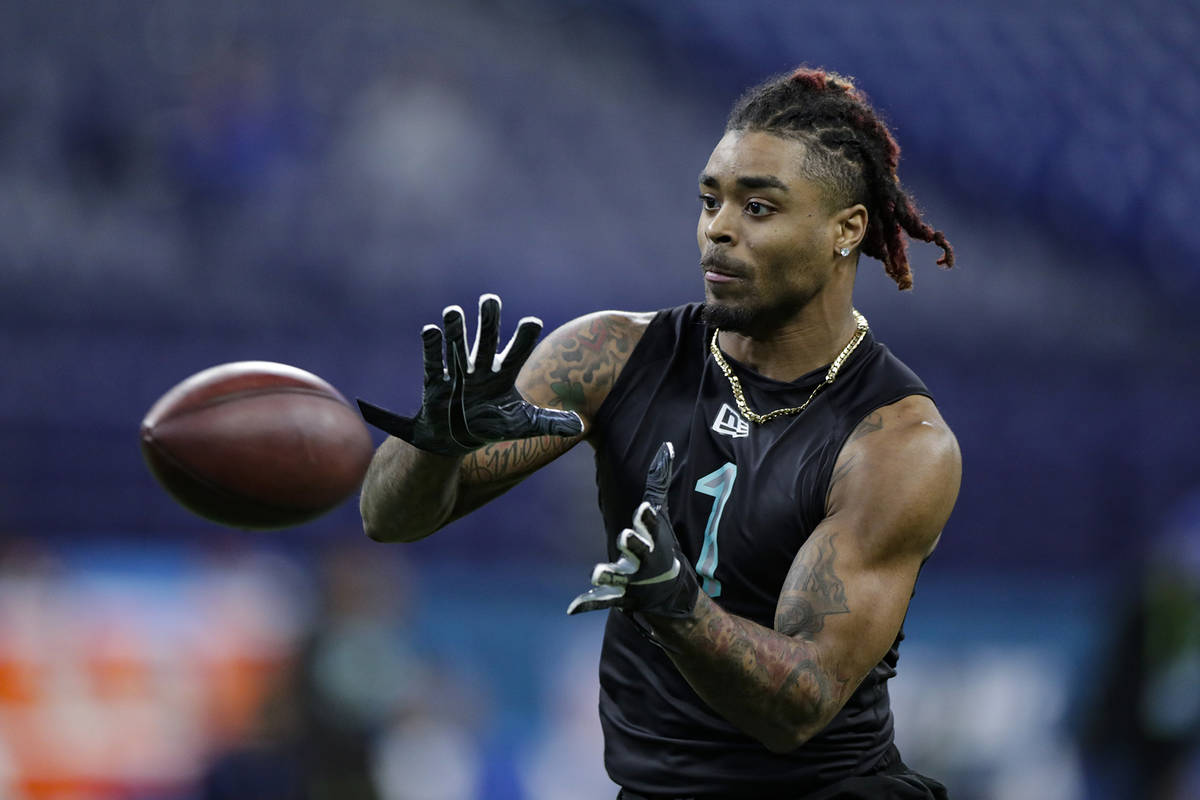 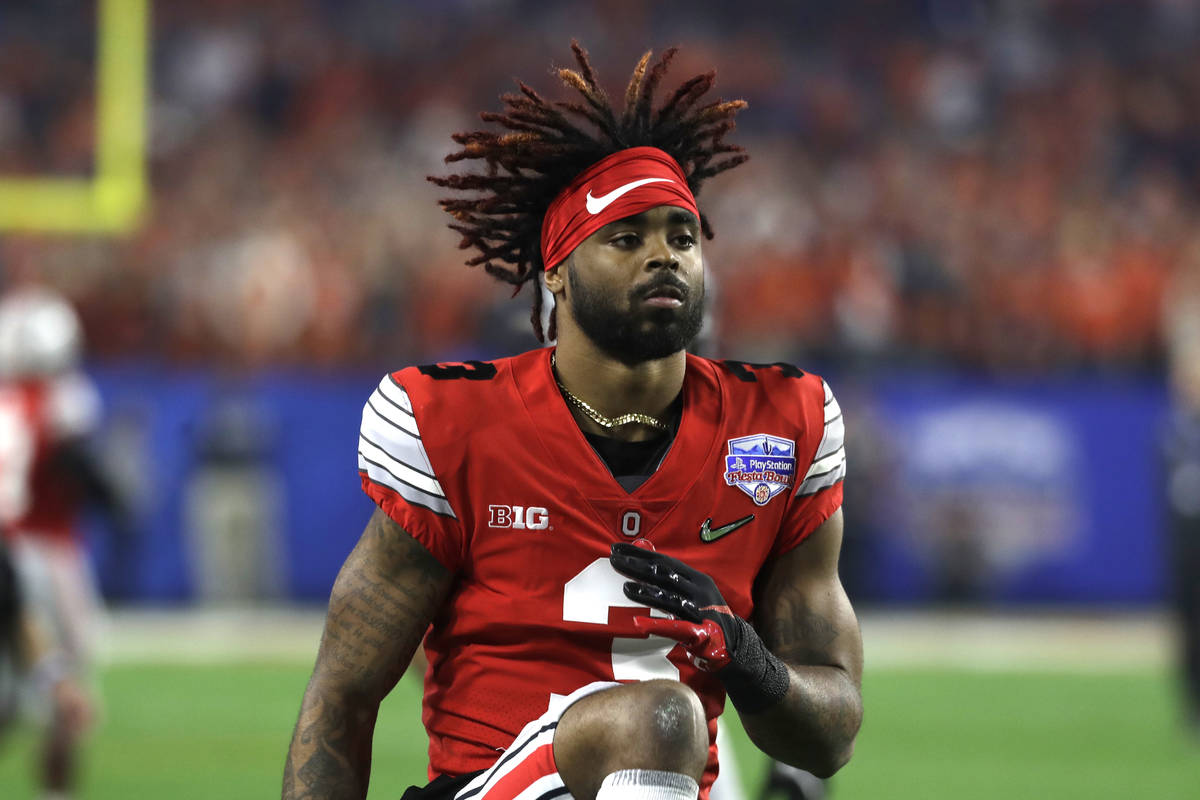 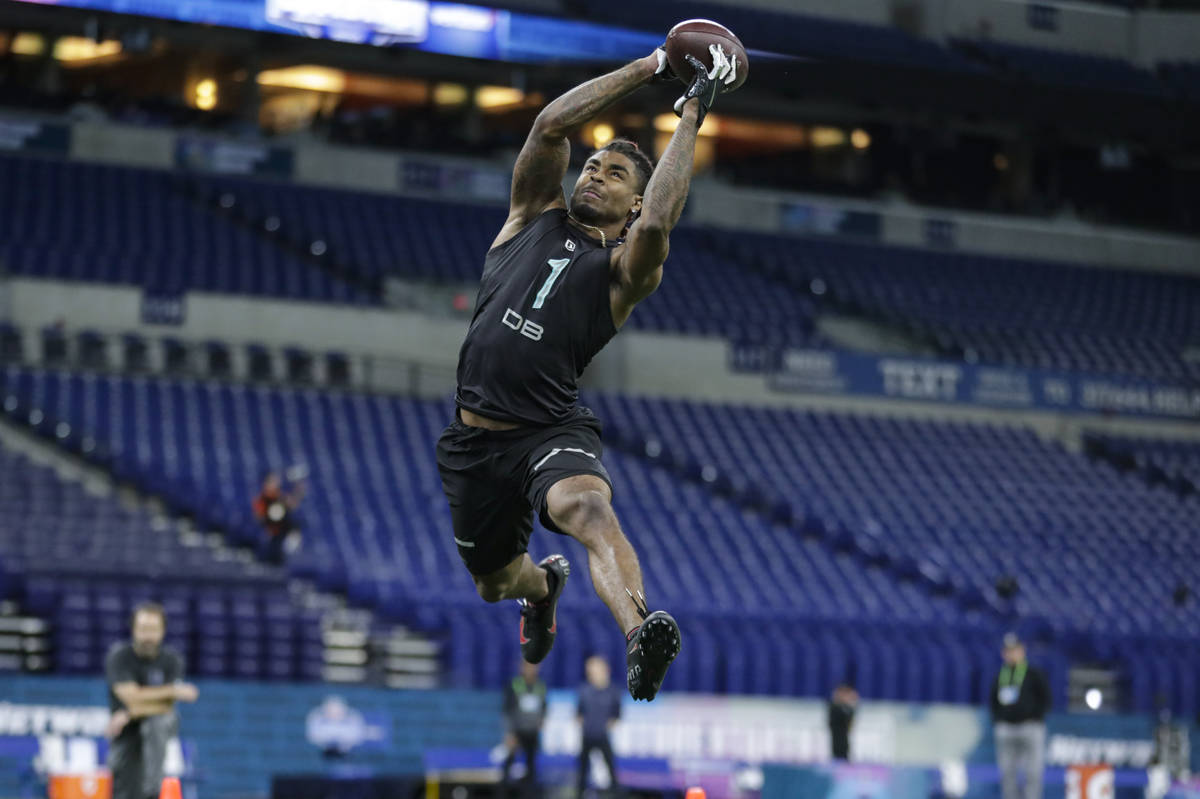 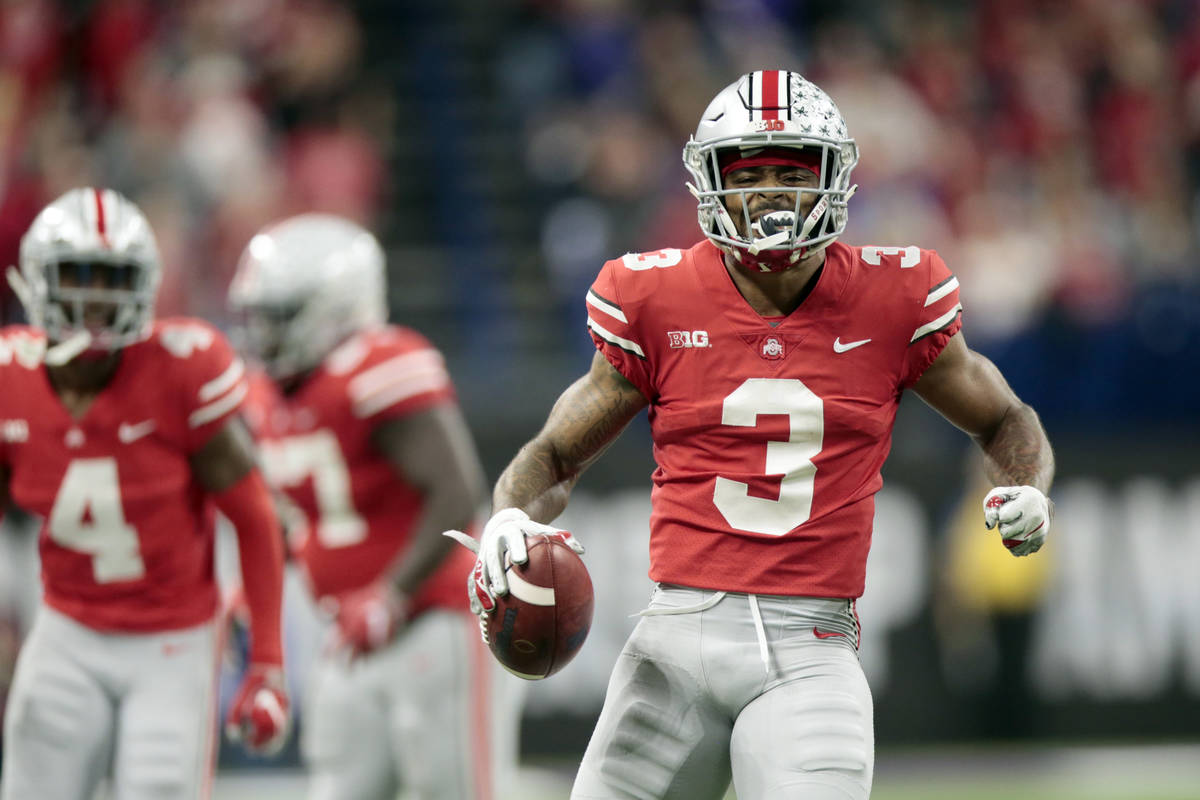 FILE - In this Dec. 1, 2018, file photo, Ohio State cornerback Damon Arnette (3) celebrates after an interception during the second half of the Big Ten championship NCAA college football game against Northwestern in Indianapolis. The Las Vegas Raiders selected Arnette with the 19th pick in the first round of the NFL draft Thursday, April 23. (AP Photo/AJ Mast, File)

Damon Arnette was finished with Ohio State. The cornerback was getting ready to announce he was forgoing his senior season when he received a phone call.

The person on the other end? NFL Hall of Fame wide receiver and fellow Buckeye Cris Carter.

“He said, ‘Man, I don’t care what your NFL grade was, you’re not no All-American,’ ” Arnette told elevenwarriors.com. “He said that as I was on my way to Columbus to get the rest of my things to leave, and that just weighed really heavy on my heart, and he was right.”

Arnette used his senior season to enhance his draft position, to the point that the Raiders took him with the 19th pick of the first round Thursday.

The 6-foot, 195-pounder was the fourth cornerback taken and the second from Ohio State after the Detroit Lions drafted Jeffrey Okudah at No. 3.

The Raiders were expected to pursue help in the secondary, and especially at cornerback, after they loaded up on defense in free agency but were unable to secure a deal with covermen Byron Jones, Eli Apple and Chris Harris Jr.

“We’ve got four or five young corners who we’re kind of intrigued by,” Raiders general manager Mike Mayock told NBC Sports. “Now, do we think that we need to get better there? Yeah. But you always have to be careful to see how the board will fall. I think the biggest mistakes people make is trying to reach for need. So the board will fall whatever way it falls, and if we’re fortunate enough to get a corner, that’d be great.”

Still, Arnette’s pick was a surprise to analysts. ESPN’s Mel Kiper had Arnette rated as an early second-round pick, and others had him lower than that.

“For me, Arnette was my eighth corner, so I think people had (cornerbacks) in all different orders,” NFL Network’s Daniel Jeremiah said on the broadcast. “One thing I’ll say about Arnette is, even though I’m surprised he went this high, he’s very competitive. That fits with what this team has tried to do the last couple years.”

Arnette’s aggressiveness in run support and as a bump-and-run defender were among his strengths, according to several talent evaluators. But they question his top-end speed after he ran a 4.56 40-yard dash at the NFL scouting combine.

He was a consistent player throughout his college career and finished with 133 tackles, 21 passes defended and five interceptions as a three-year starter.

As a senior, playing with a cast on his right hand after breaking his wrist in fall camp, he allowed opponents to complete 45.1 percent of their passes thrown his way for 279 yards, according to Pro Football Focus, despite a heavy workload lining up opposite Okudah.

That was on the heels of a junior season in which 67.4 percent of opponents’ passes were completed against him.

Arnette credits maturity and the birth of his son, 3-month-old Tyson, with helping his development.

“Wherever I land, I’m just going to be thankful,” he said during the combine. “I know it’ll be better than it would have been last year. … My mentality is so much different than it was a year ago.”