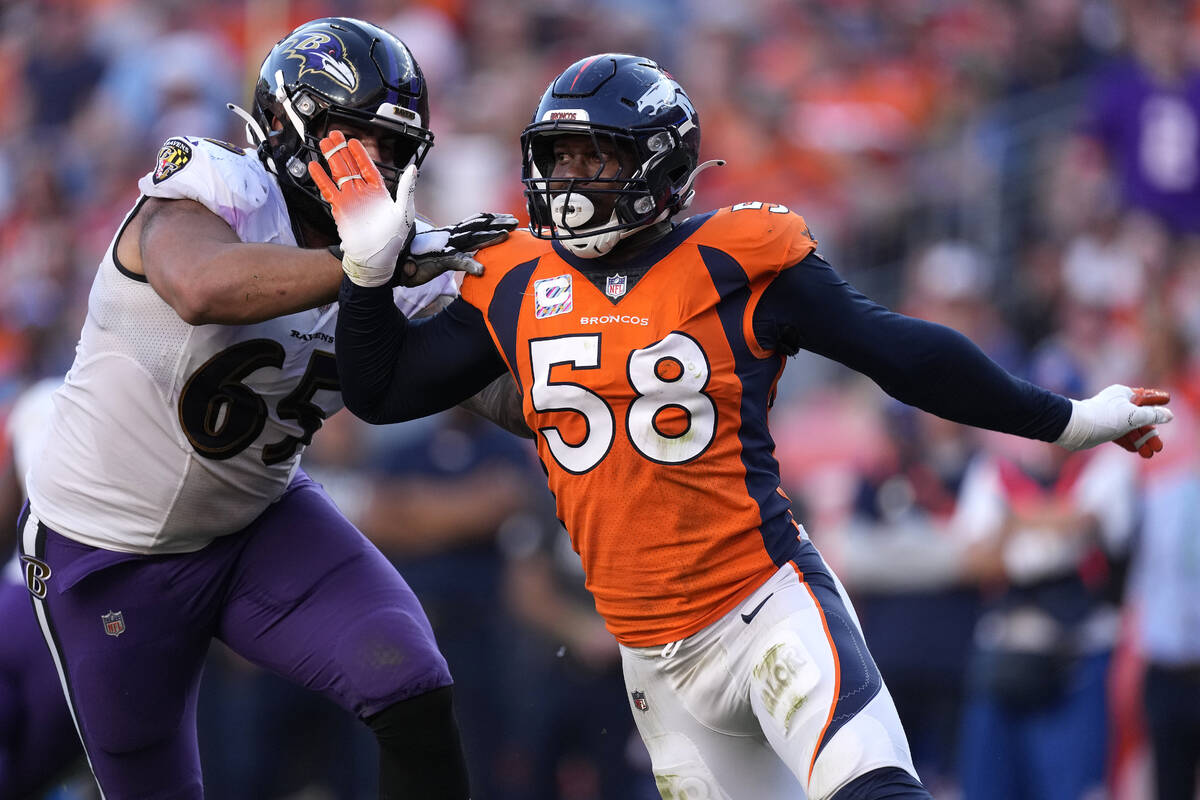 ENGLEWOOD, Colo. — One of the Raiders’ biggest rivals just gave up a major piece of their team.

A person with knowledge of the deal tells The Associated Press that the Denver Broncos are trading star linebacker Von Miller, the franchise’s career sacks leader and Super Bowl 50 MVP, to the Los Angeles Rams for two 2022 draft picks.

Speaking on condition of anonymity because the teams hadn’t announced the trade, the person confirmed the deal first reported by ESPN.

The Rams are sending the Broncos a second- and third-round pick in the 2022 draft for the eight-time Pro Bowler, who led Denver to a 24-10 win in Super Bowl 50 following the 2015 season, Peyton Manning’s last.

Miller missed Sunday’s 17-10 win over Washington with a sprained ankle.

He was the AFC’s Defensive Player of the Month for September when he had four sacks. He only had a half sack in October, but was still seen as a major gem for contending teams.

In LA, he joins fellow stars Aaron Donald and Jalen Ramsey, the type of talent he hasn’t had around him since the Broncos were regular Super Bowl threats during Manning’s four seasons in Denver from 2012-15.