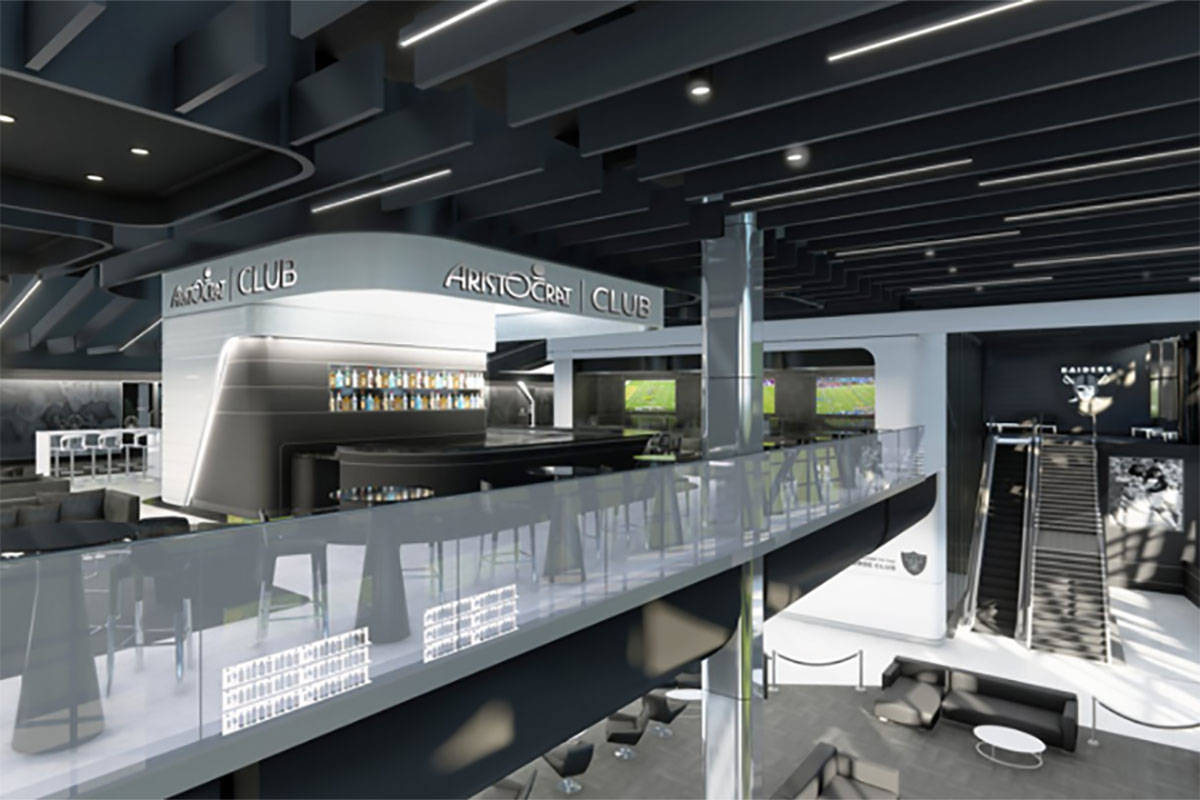 A rendering of the Aristocrat Club at Allegiant Stadium (Courtesy) 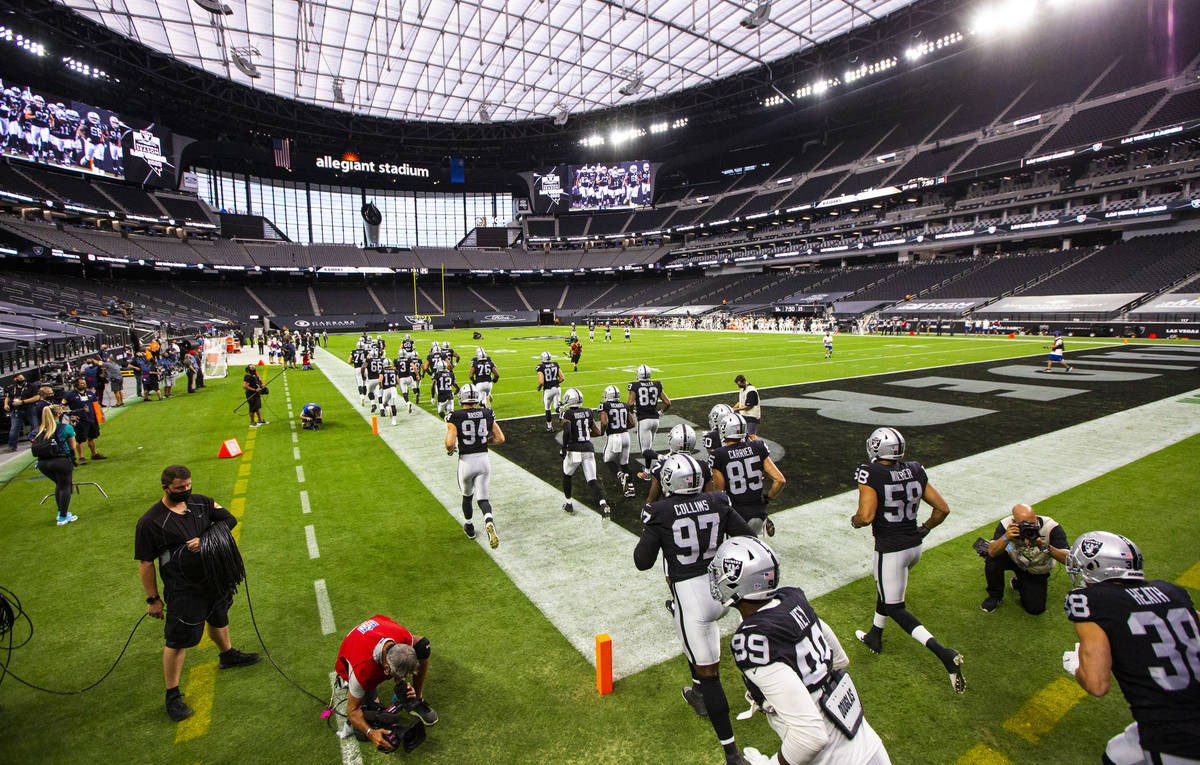 Las Vegas Raiders players run on to the field for the start of their home opening NFL game against the New Orleans Saints at Allegiant Stadium in Las Vegas on Monday, Sept. 21, 2020. (Chase Stevens/Las Vegas Review-Journal) @csstevensphoto

The Raiders and Aristocrat Technologies Inc. scored a partnership deal that includes the Silver and Black’s new home, Allegiant Stadium.

Aristocrat, an Australia-based manufacturer of gaming machines, announced Thursday it is an official partner of the Raiders and Allegiant Stadium, a deal that includes signage throughout the 65,000-seat facility, including in-stadium and in-game branding and naming rights to the Owners East Club.

“We felt like it fit within our core competencies to bring the partnership to life,” said Hector Fernandez, president of Aristocrat Americas.

The partnership includes the Aristocrat Club at Allegiant Stadium, an exclusive area with a full-service premium bar, luxury lounge and upgraded stadium seating for game viewing. The club spans between the 20-yard lines on one side of the stadium.

Aristocrat, which has a growing presence in Southern Nevada, also secured 100-level tickets and field access passes at the stadium, which it can use for customers to get an up-close Raiders game day experience.

Aristocrat will also serve as the presenting sponsor of the Raiders’ 50/50 Raffle. A 50/50 raffle is a common occurrence in sporting events, where fans can purchase raffle tickets, with 50 percent of the total collected at a game going to a lucky fan chosen in the raffle and the other 50 percent going to charity.

“The Raiders are excited to welcome Aristocrat Technologies as our newest partner,” Raiders President Marc Badain said in a statement. “Aristocrat is a great match as evidenced by their innovative technology and commitment to team up with the Raiders in giving back to the community.”

Although not in the works currently, the partnership does open the door for a Raiders-branded slot machine through Aristocrat.

“We’re always looking for opportunities to invite people to come play our games, and at this point we have no plans for a Raiders-branded slot machine,” Fernandez said. “But just like any business decision, we’ll always evaluate what makes sense.”

“The league does not prohibit use of team marks in connection with slot machines,” McCarthy said.

Although Aristocrat has suites at various event venues, such as T-Mobile Arena for Golden Knights games, the deal marks a first for the company.

“This is really the first foray into this type of partnership,” Fernandez said. “We view this partnership less about having a suite, but we really view this as a symbiotic relationship where the Raiders’ fans, their demographic are very complementary to what we do every day.”

Fernandez said the stadium will be used to present new products to its customers and host other special events at the premier event space in Las Vegas.

“During non-NFL games we’ll be able to bring slot machines in demo mode to showcase new products,” Fernandez said. “We intend to make this a strategic partnership where we will do potentially new product launches, showcase things that we’re working on and make it a fun, Vegas-type innovative experience.

“What the Raiders allows us to do is host a massive evening party (at the stadium) and potentially put slot machines on the 50-yard line and really build a holistic experience for our customers so they can start to feel what a player is going to feel playing that game,” Fernandez said. “Instead of renting out a restaurant or bar, we have the unique capability to actually do this in arguably the greatest stadium that’s ever been built.”