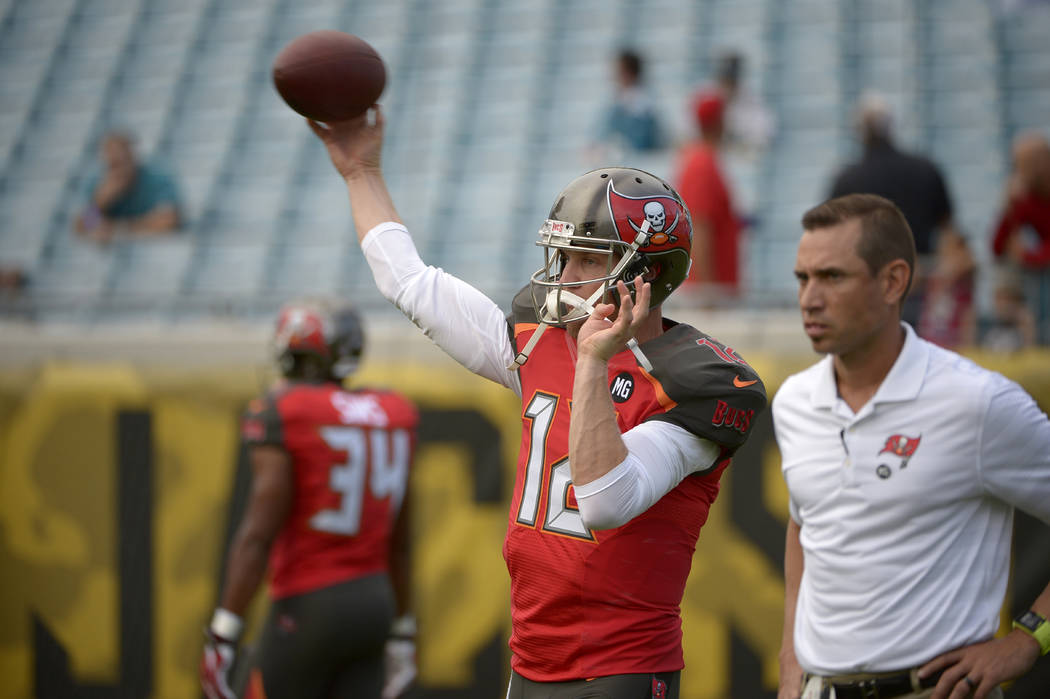 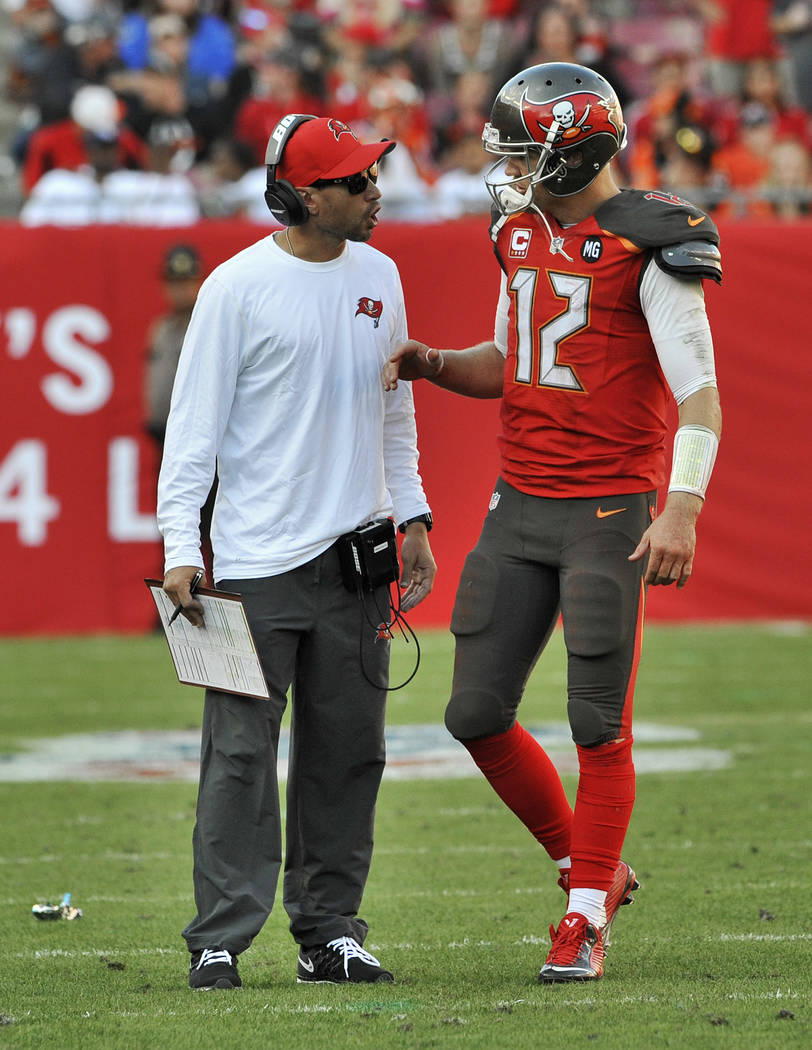 ALAMEDA, Calif. — Raiders backup quarterback Mike Glennon was in his second NFL season in 2014 with the Tampa Bay Buccaneers when his young career crossed paths with Marcus Arroyo, who was introduced as head coach at UNLV on Friday.

Glennon said the impression Arroyo left on him convinces the veteran quarterback the Rebels are in good hands.

At the time, Arroyo was a 33-year-old quarterbacks coach for the Buccaneers, which left him one year younger than Buccaneers starting quarterback Josh McCown. Shortly into the season, offensive coordinator Jeff Tedford got sick, and Arroyo, who was in his first season in the NFL, was put in charge of the offense.

It was a daunting challenge, but according to Glennon, Arroyo never blinked.

“For a guy that had never been in the NFL before, calling plays wasn’t an easy task,” Glennon said. “But he did a great job.”

After leaving Tampa Bay after the 2014 season, Arroyo made a stop at Oklahoma State before landing at Oregon, where he spent the last three seasons as the Ducks’ offensive coordinator. Glennon believes Arroyo’s experiences, including helping groom Oklahoma State quarterback Mason Rudolph and Oregon’s Justin Herbert, make him a great hire for the Rebels.

“They’re getting a guy that’s young, high energy, I think he’ll recruit real well,” Glennon said. “He’s got kind of a swagger to him and he’s got a good offensive mind. He’s kind of one of those young guys that understands offense, and quarterbacks.

“He’s a guy that had a great track record and I think he fits the Las Vegas persona. I think he’ll do really well.”