RJ App
Vegas News, Alerts, ePaper
OPEN
Are the Chargers looking for revenge versus the Raiders? 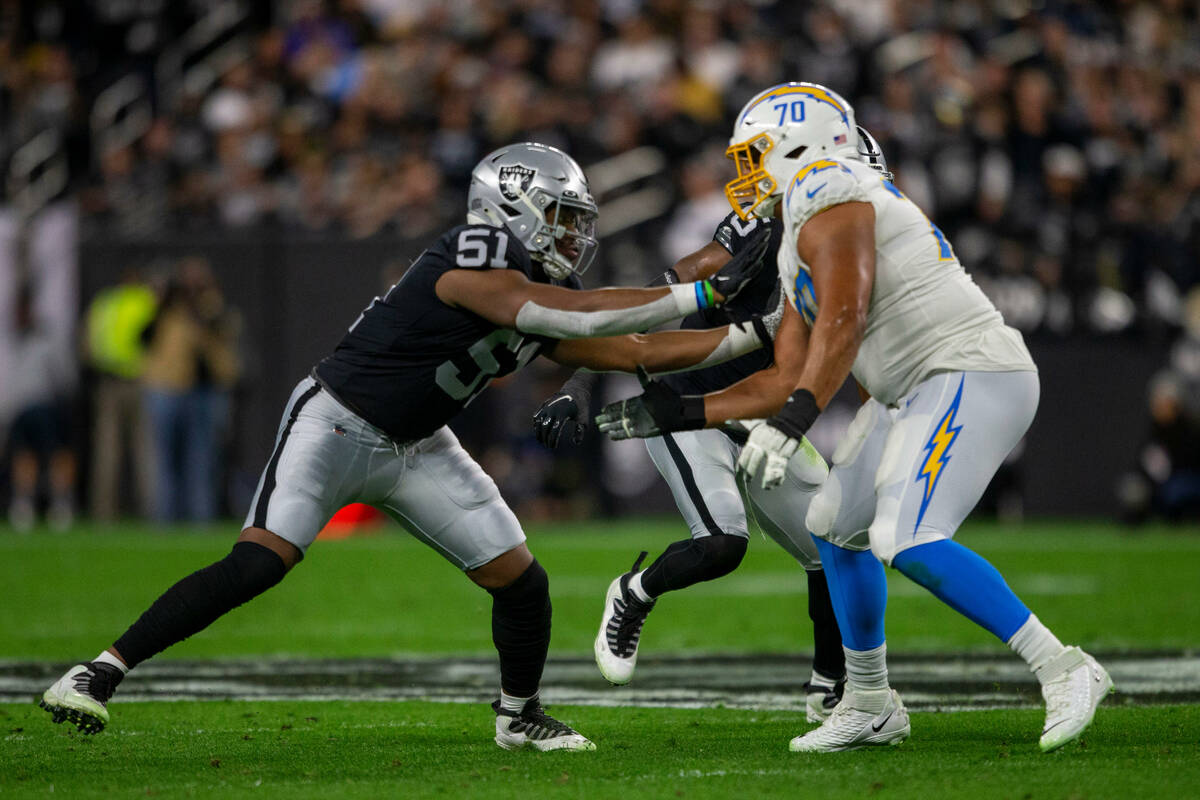 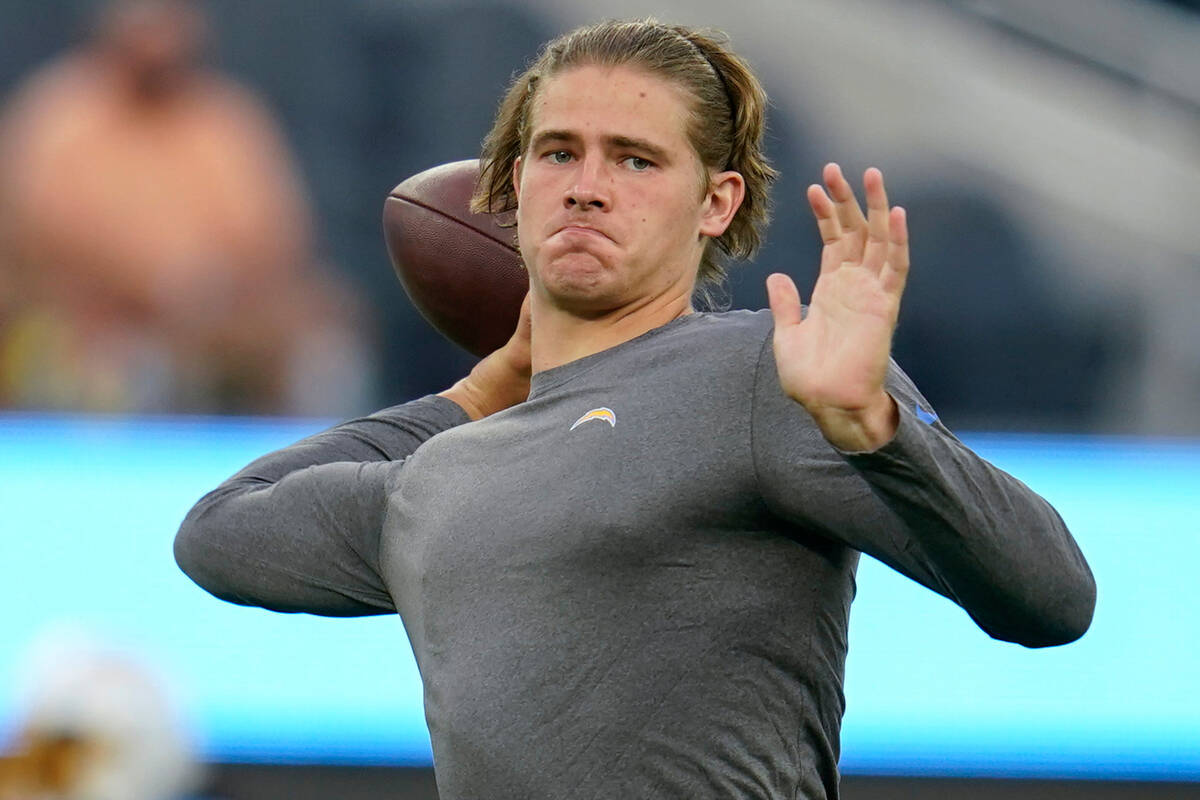 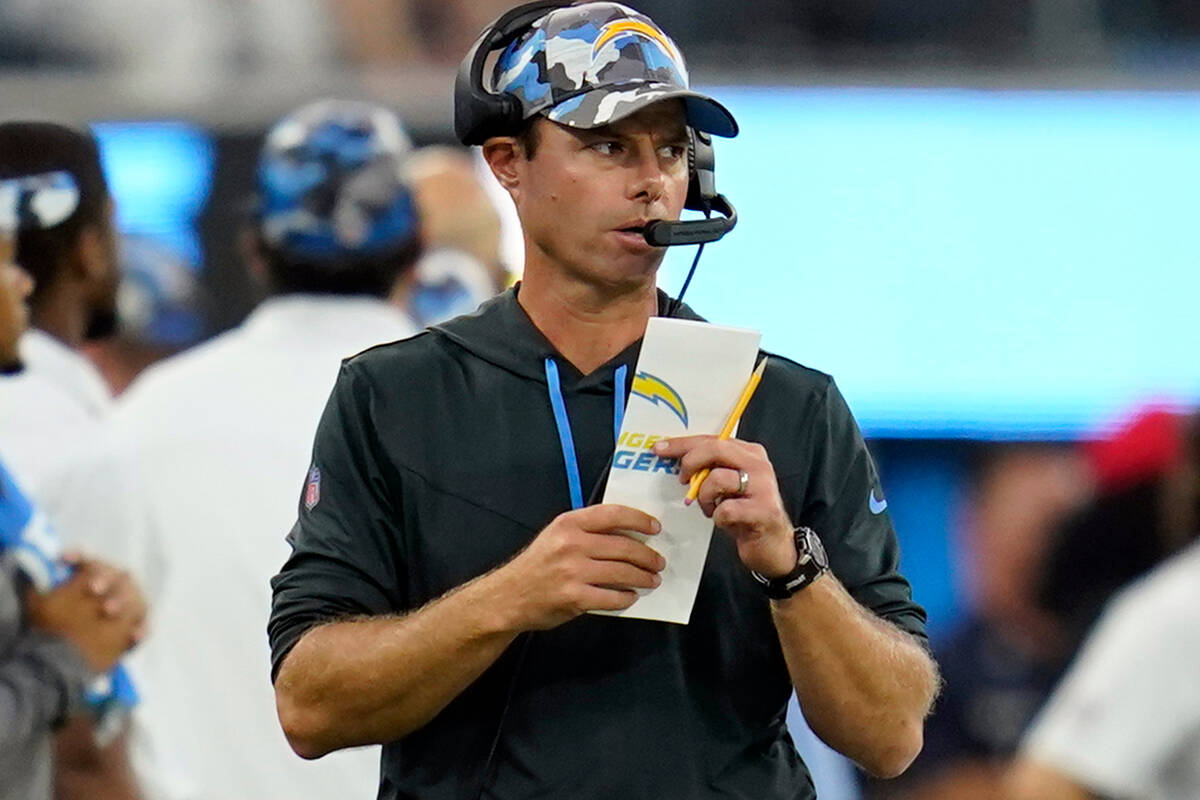 The last time the Chargers stepped on the field in a competitive setting was a memorable game that sent the Raiders to the playoffs and left Brandon Staley’s team wondering what went wrong in a lost season.

It was the last game of the NFL’s 2021 regular season and perhaps the most entertaining affair of the entire 18-week slate. The Raiders secured a 35-32 triumph late in an overtime game in which both teams would have advanced to the postseason if it had ended in a tie.

While the Chargers have had months to stew about what could have been, they return to competitive action looking forward rather than back when they open the season on Sunday hosting the Raiders at SoFi Stadium in Inglewood, California, at 1:25 p.m.

“I know personally, I’ve been thinking about this one for the past six or seven months, however long it’s been,” the Chargers’ emerging star quarterback Justin Herbert said.

Now it’s time to try to turn the page.

“It just happened a long time ago. A long, long time ago,” said Staley, who enters his second season as head coach with expectations soaring. “Everything is different about right now. Everything. It’s about this week and pouring our team into this week of preparation and treating this week like it has a life of its own.”

The Chargers have made significant improvements after the disappointing end to last season, bolstering the offensive line in front of Herbert and adding star power on defense.

But the Raiders didn’t exactly stand pat after losing in the first round of the playoffs, just a week after that thrilling victory over the Chargers.

The Raiders also signed reinforcements and turned over the administrative and coaching staffs.

Coach Josh McDaniels gets his second chance at running a team, more than a decade after what he called a failed stint in Denver.

He’s excited about what his team can do and believes there was enough change in his building that this won’t be a continuation of last year’s season finale. But he did have a close eye on that game even from afar.

As the offensive coordinator of the Patriots at the time, the fortunes of his team also hinged on the outcome in Las Vegas.

“It was a great football game,” he said. “I thought it was well-coached. … We’ve watched that game, we’ve seen it. As you know, the scheme on their end may be a little bit more similar to that game than ours will be. But I think there’s been so much change relative to the personnel on both sides. They have a new team. We have a new team, like there is every year.”

While it’s just the first game on the schedule and the stakes aren’t quite as high as last season’s loser-goes-home shootout, both teams are aware of just how good the AFC West has the potential to be this season and how much of a hole one team will fall into by dropping a divisional game right out of the chute.

“I feel like we have 30 new guys and so do they,” Raiders’ wide receiver Hunter Renfrow said. “It’s two totally new teams. So we’re going to play them twice this year, we know that. We’re just getting ready for whatever they’ve got.”

Even though Renfrow has moved on, the memory of that game will linger.

“When you’re in the moment, it’s another game,” he said. “But you have friends and they’re saying it was so cool. How it was all set up, it was the last game of the year and everyone was watching us. As a football fan, you love playing in those games and you love being a part of them.”

The Raiders hope the result is the same in Sunday’s rematch, but they are an underdog and the Chargers are hungry to send a message.

“What I remember about that game is walking off that field. For me, just that feeling,” Chargers safety Derwin James said. “I was disappointed. Nobody in the locker room wanted the season to end like that. Now we get a new opportunity, a new chance this year to make it right, where it doesn’t have to come down to that.”

That starts on Sunday.