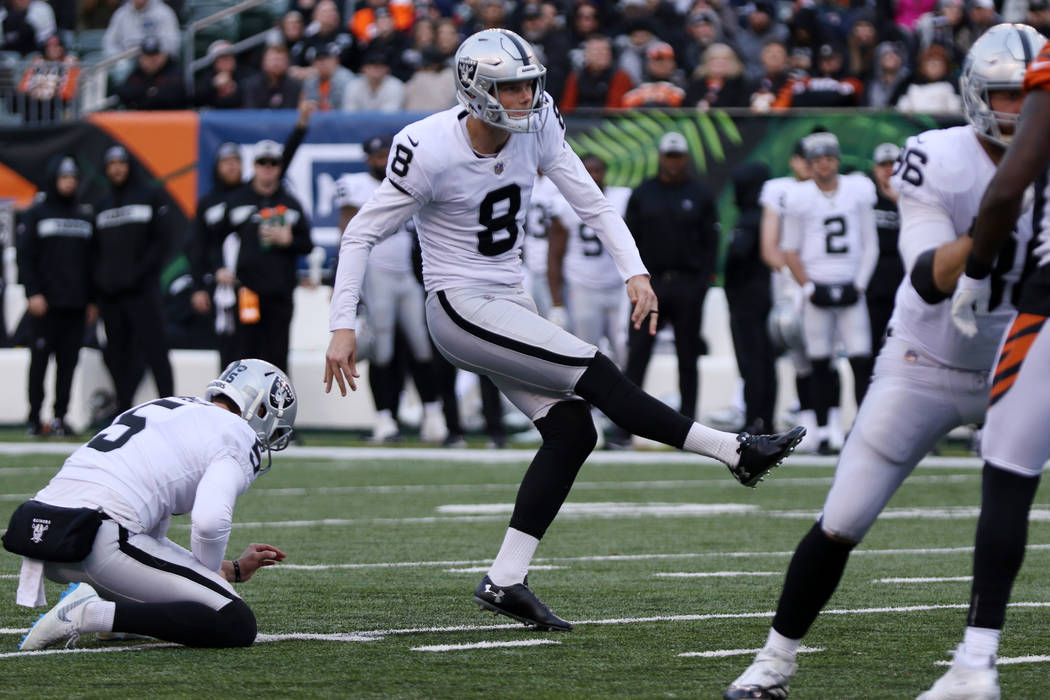 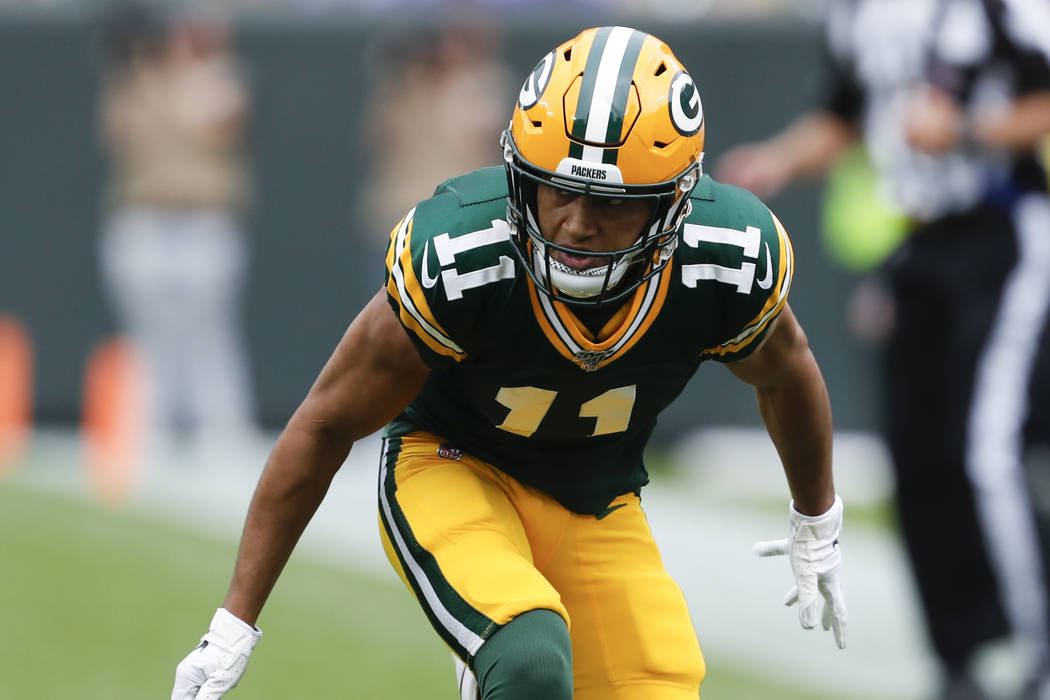 Green Bay Packers' Trevor Davis is seen during the first half of an NFL football game against the Minnesota Vikings Sunday, Sept. 15, 2019, in Green Bay, Wis. (AP Photo/Matt Ludtke) 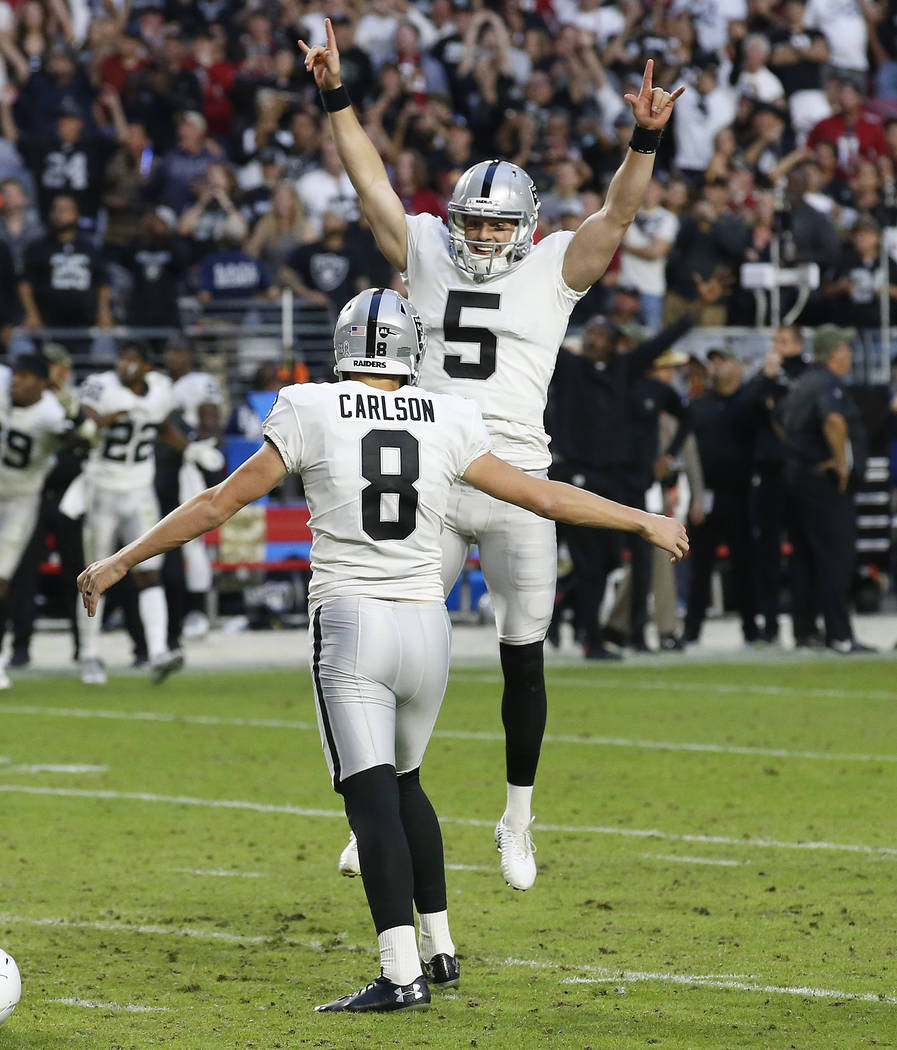 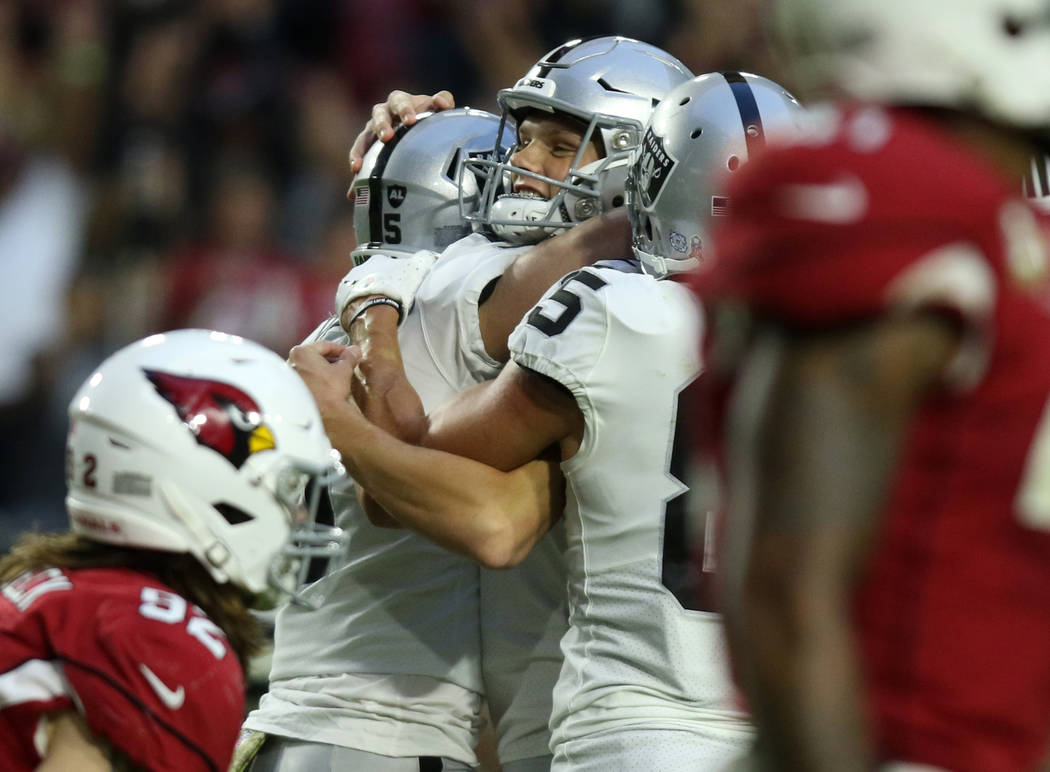 ALAMEDA, Calif. — Under coach Mike Zimmer, the Vikings have become notorious for their problems with kickers. One beneficiary has been the Raiders.

The Vikings selected Daniel Carlson in the fifth round of the 2018 NFL draft after he became the all-time leading scorer in SEC history in four seasons at Auburn. After defeating Kai Forbath in a preseason competition, Carlson connected on his three extra points and one field goal attempt in Week 1.

But in Week 2, Carlson missed three field goals from 48, 49 and 35 yards as the Vikings and Packers tied at Lambeau Field. The next day, the Vikings waived Carlson and signed veteran kicker Dan Bailey.

The Raiders then picked up Carlson before their Week 8 contest with the Colts and he went on to set a franchise record by connecting on 94 percent of his field goal attempts.

Bailey, his replacement in Minnesota, finished the year just 21-of-28 on field goals, good for 75 percent. And Bailey has gotten off to an ever rockier start in 2019, missing a 47-yard field goal and having one of his extra points blocked in last week’s loss to the Packers.

Nevertheless, Zimmer said in a conference call with Raiders media on Wednesday morning that he’s happy for Carlson and his success.

“Do I have regrets? I mean, I like our kicker that we have now. But did I second guess it? Sure,” Zimmer said of his decision to release Carlson. “I think he’s a very, very talented kid. I wish him well — just not this week. But, no, I’m happy for him. In retrospect, I guess, yeah, I’ve thought about it many times.”

In the locker room after Wednesday’s practice, Carlson said he realized his past with Minnesota would be a story this week and understood why. But for him, the focus is solely on helping the Raiders leave U.S. Bank Stadium with a victory.

“Sometimes you learn from those bad experiences, and I definitely have learned a lot from how that went down,” Carlson said. “I think I’m in a great situation now and am excited for the Raiders and what we’re doing in the future.”

“He’s an ice man,” Raiders coach Jon Gruden said. “He’s kicked the ball in clutch situations. We really are proud to have him.”

With return specialist Dwayne Harris injuring his ankle in Sunday’s loss to the Chiefs, the Raiders have responded by acquiring wide receiver/return specialist Trevor Davis from the Green Bay Packers, according to a report from NFL Network.

A Packers fifth-round pick in the 2016 NFL draft, Davis has averaged 11.2 yards per punt return and 22.6 yards per kick return in his four-year career. He did return two kickoffs for touchdowns in college at Cal.

Davis suffered a pair of hamstring injuries in 2018 that kept him out for most of the season, appearing in just two games.

Under a new coaching staff in 2019, Davis caught one pass for 28 yards in the Packers’ 10-3 Week 1 victory over the Bears and fielded three punts in the season’s first two games. He also appeared in the Packers’ preseason matchup with the Raiders, catching five passes for 78 yards and a touchdown.

Harris did not participate in Wednesday’s practice. While the Raiders will not declare an official injury status until Friday, coach Jon Gruden said Harris is questionable for Sunday’s game against the Minnesota Vikings.

Prior to the trade, Gruden said the plan was to use rookie wide receiver Hunter Renfrow and backup running back Jalen Richard as returners if Harris was unavailable.

Aside from Harris, the Raiders were without starting right tackle Trent Brown for Wednesday’s practice, as he continues to nurse a sore knee.

“He’s a tough guy,” Gruden said. “Hopefully he’s ready to go. We sure need him.”