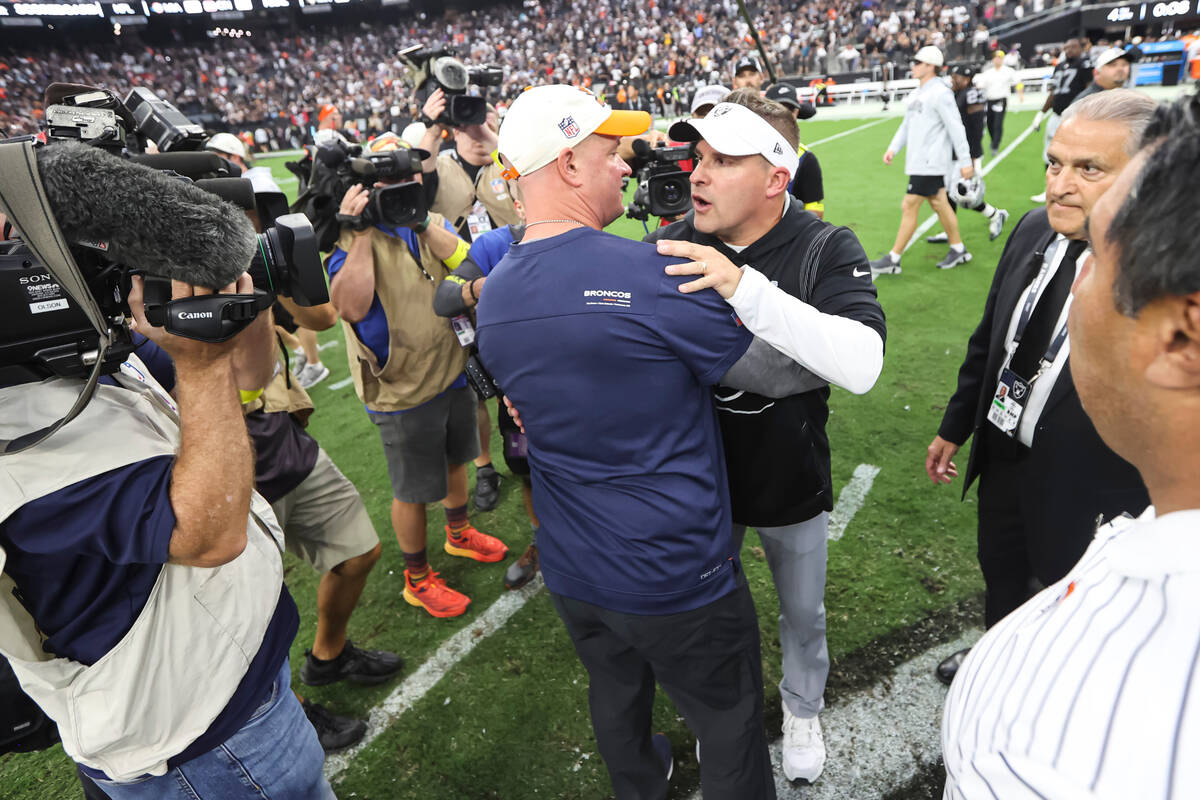 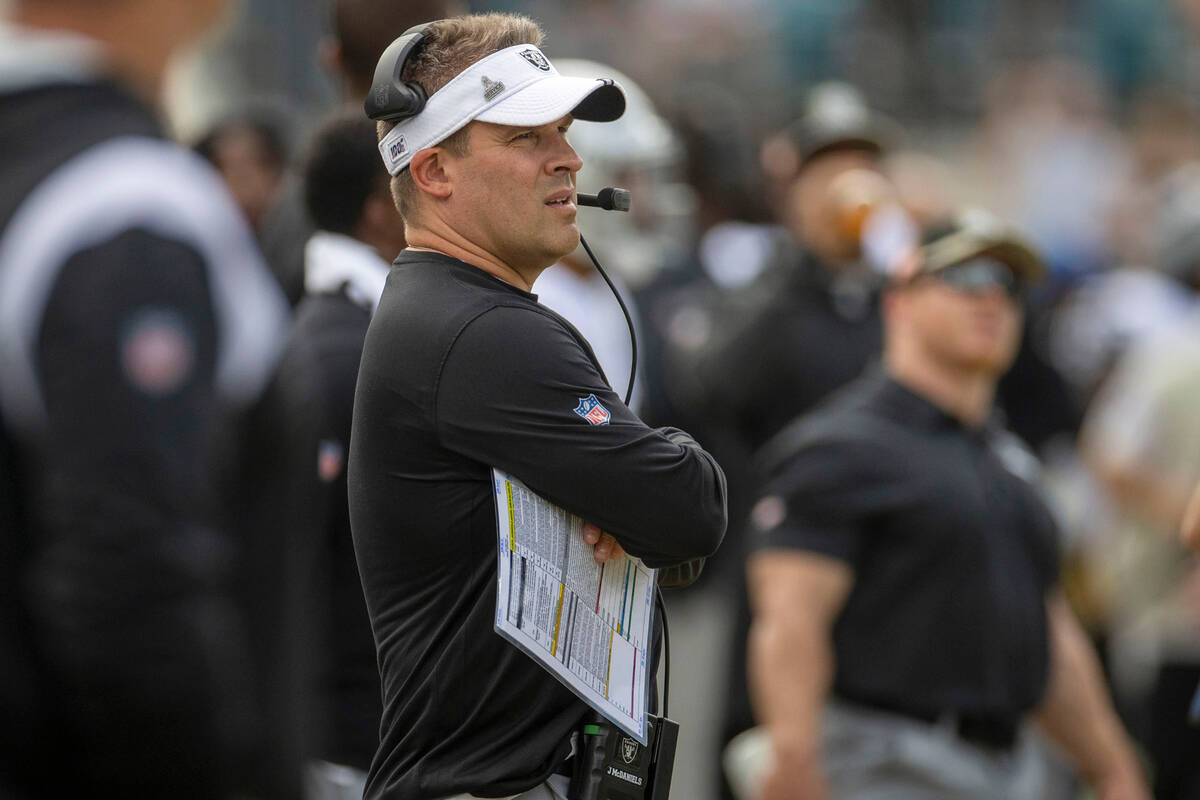 Raiders head coach Josh McDaniels looks on from the sideline during the first half of an NFL game against the Jacksonville Jaguars at TIAA Bank Field on Sunday, Nov. 6, 2022, in Jacksonville, Fla. (Heidi Fang/Las Vegas Review-Journal) @HeidiFang

First-year NFL head coaches have had mixed results this season.

Both teams made significant offseason moves — the Raiders traded for star wide receiver Davante Adams, and the Broncos acquired star quarterback Russell Wilson — and were expected to contend for the AFC West title. But that hasn’t been the case.

The Raiders are 2-7 and the Broncos 3-6. If the season ended today, the Raiders would have the No. 2 pick in the 2023 NFL draft. The Broncos would pick seventh, but they traded their first-round pick to the Seahawks to get Wilson.

Other teams aren’t doing well under first-year coaches, either. The Bears are 3-6 under Matt Eberflus, and the Jaguars are 3-7 under Doug Pederson.

On the flip side, Mike McDaniel and the Dolphins are 7-3, Kevin O’Connell and the Vikings are 8-1, and Brian Daboll and the Giants are 7-2.

Why the discrepancy, though?

Of the seven teams that brought in head coaches from outside their buildings, six were offensive-minded coaches, including McDaniels. In terms of improving their offenses, the Dolphins (20.1 to 25.2 points per game), Giants (15.2 to 20.8) and Jaguars (14.9 to 21.6) have made significant improvements.

The Broncos’ woes are head-scratching considering the addition of Wilson. He was expected to add a much-needed uptick to Denver’s passing game, but between a downturn in his level of play and how awkward the passing game looks under Hackett, it hasn’t happened.

“Unfortunately, it has been a bunch of different things,” Hackett said. “We need to be more consistent across the board on the play-calling and on how I adjust things for (Wilson) and get him and I on the same page.”

In the Raiders’ case, it has come down to not executing with the game on the line. They are 0-6 in one-score games after going 7-2 in those situations last season, when they made the playoffs.

“If you look at a lot of these games that we’re losing, it’s just kind of coming down to the execution of some of these critical moments, and if we just were to find a way to pull it off, it’d be a completely different feeling around the building,” Adams said.

Injuries have played a part in the Raiders’ record, too. They have played a total of 43 plays with Adams, running back Josh Jacobs, tight end Darren Waller and wide receiver Hunter Renfrow on the field together. To put that in perspective, that’s 7.9 percent of the offense’s 576 snaps.

“That’s obviously an area where we haven’t been able to stay as healthy as we would have liked, but we’re not the only team like that,” McDaniels said.