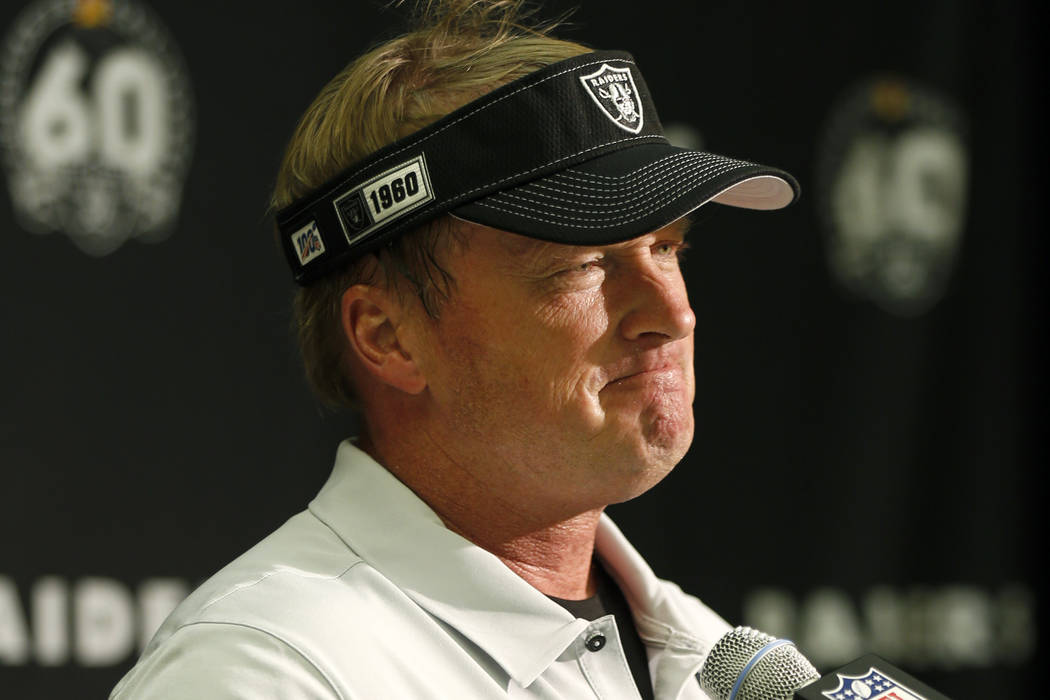 ALAMEDA, Calif. — Raiders coach Jon Gruden lost another challenge on Sunday to fall to 0-6 on the season when he asks for replay review.

It’s not going to make him stop reaching for his red flag.

“We’re challenging things that we think are plays that are going to be overturned and we’re going to trust the process,” he said Monday at the team facility. “So far, I’ve been given the Heisman. I’ve been stiff-armed. I’m 0-for-27, I think. But when I listen to people (in the booth) tell me they’re going to overturn a call because it’s the wrong call, I believe in the process. And I still believe in it.”

Gruden, who has been on record as both an analyst and coach as being in favor of eliminating instant replay from the NFL, believed Zay Jones was contacted early by Detroit’s Jahlani Tavai on a deep pass down the middle.

Gerry Austin, a longtime NFL referee who serves as a consultant to Gruden on such matters, agreed.

So Gruden challenged the call.

Gruden was referring to a call against Trevor Davis on a play where he was flagged while trying to get open for what turned out to be a 20-yard completion.

The Raiders lost that challenge, as well.

He’s lost them all.

Gruden was 3-4 on challenges last year in his return to the sidelines. Historically, around 38 percent of replay challenges are overturned.