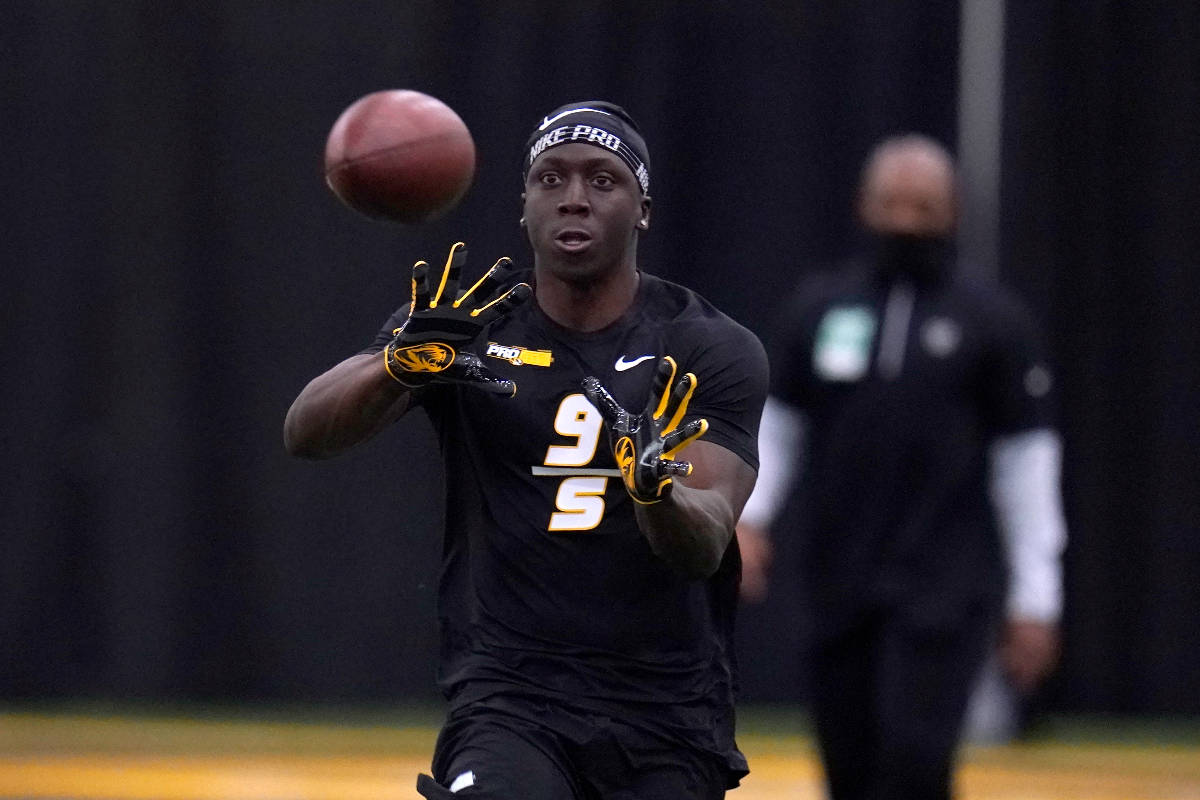 The Raiders kicked off the second phase of organized team activities Monday by coming to contract terms with three rookie draft picks.

Gillespie is expected to compete for time at both safety positions. His career with the Tigers included 146 tackles, 6.5 of them for a loss, 12 pass breakups and two sacks.

Hobbs made 34 starts at Illinois and finished with 168 tackles, 12½ of them for loss, with three interceptions and 18 pass breakups. He is expected to compete for a rotational role, though he could force himself into the picture at slot cornerback.

Morrissey was originally a walk-on at Pitt, but ended up being a four-year starter and three-time All-Atlantic Coast Conference selection. In his final two seasons, he allowed a total of two sacks.

The 6-foot-3-inch, 305-pound Morrissey probably will spend his first season on a developmental track. Andre James is expected to start at center for the Raiders in 2021, though veteran Nick Martin will compete for the job in training camp. He is on a one-year contract.

The Raiders’ seven-player draft class is expected to be in Henderson this week for the second phase of OTAs. While the Raiders, acting on the urge of the players union, voted to boycott the in-person phase of OTAs, a person familiar with the process indicated player participation is expected to be strong. It was estimated that about 70 players attended Monday’s opening.

Under new rules for this season, Phase 2 was changed from three weeks to one and includes all virtual team meetings and, for the first time this offseason, allows in-person on-field drills. Coaches are allowed to be on the practice field with players, but the offense and defense can’t line up opposite each other.

Phase 3 of the offseason program begins May 24 and ends June 18. It includes the option on in-person meetings and on-field practices in which coaches are allowed and the offense can practice against the defense.