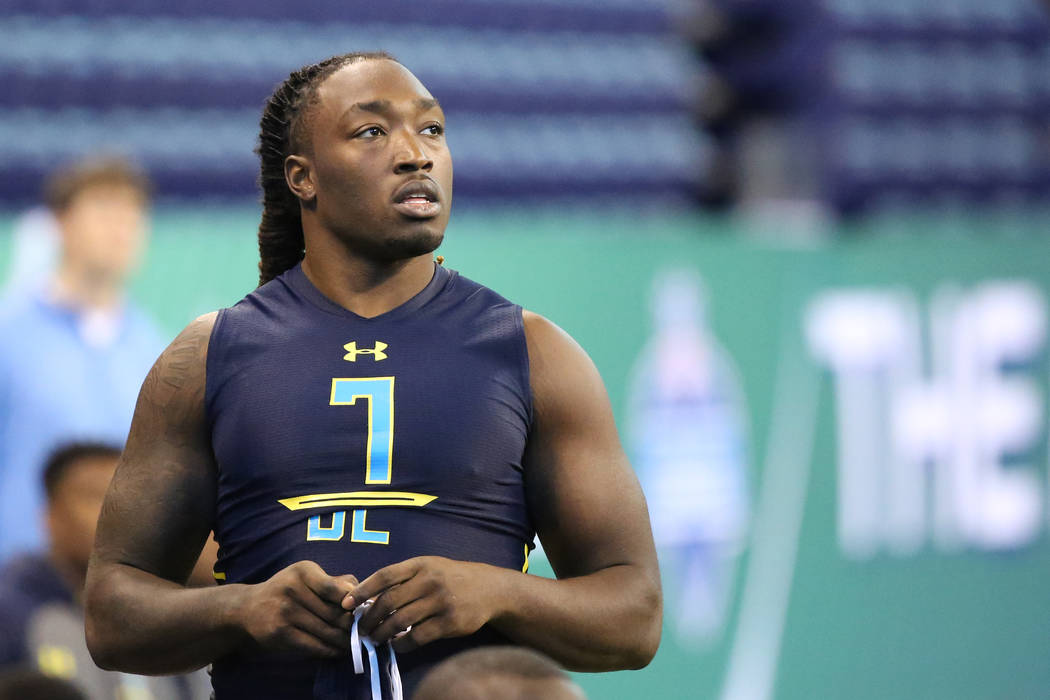 ALAMEDA, Calif. — Raiders defensive end Fadol Brown spoke on the phone this week with John Dorsey, the Cleveland Browns’ new general manager. The New England Patriots reached out Thursday morning to express interest. The Houston Texans have been in touch, too.

Brown, an undrafted rookie, ran through his list of suitors Thursday afternoon while sitting at his locker following practice.

“I don’t think I’m going to be here next week, to be honest,” he said.

NFL teams typically carry 10 players on their practice squad. A club is permitted to sign a practice-squad player from another team onto its own 53-man roster. Brown has attracted ample interest for such a move and said that he welcomes an opportunity to play this season, however and wherever the chance might come.

Brown, 24, received a $1,300 signing bonus upon finalizing a three-year contract with the Raiders following the April 27-29 draft. On Sept. 2, he was waived as part of the team’s roster cutdown from 90 to 53 players. A day later, he cleared waivers and signed a standard practice-squad contract, which features a $122,400 annual salary.

It could not provide him playing time.

Brown has waited his turn, developing as part of the Raiders’ scout team. He was neither asked Thursday nor did he offer comment about a recent team transaction, but it is notable that the Raiders promoted a defensive lineman Wednesday from their practice squad with defensive end Mario Edwards Jr. nursing an ankle injury. Darius Latham, not Brown, was it.

So Brown was left to continue to wait, continue to develop while keeping a watchful eye for updates regarding an opportunity that soon might come.