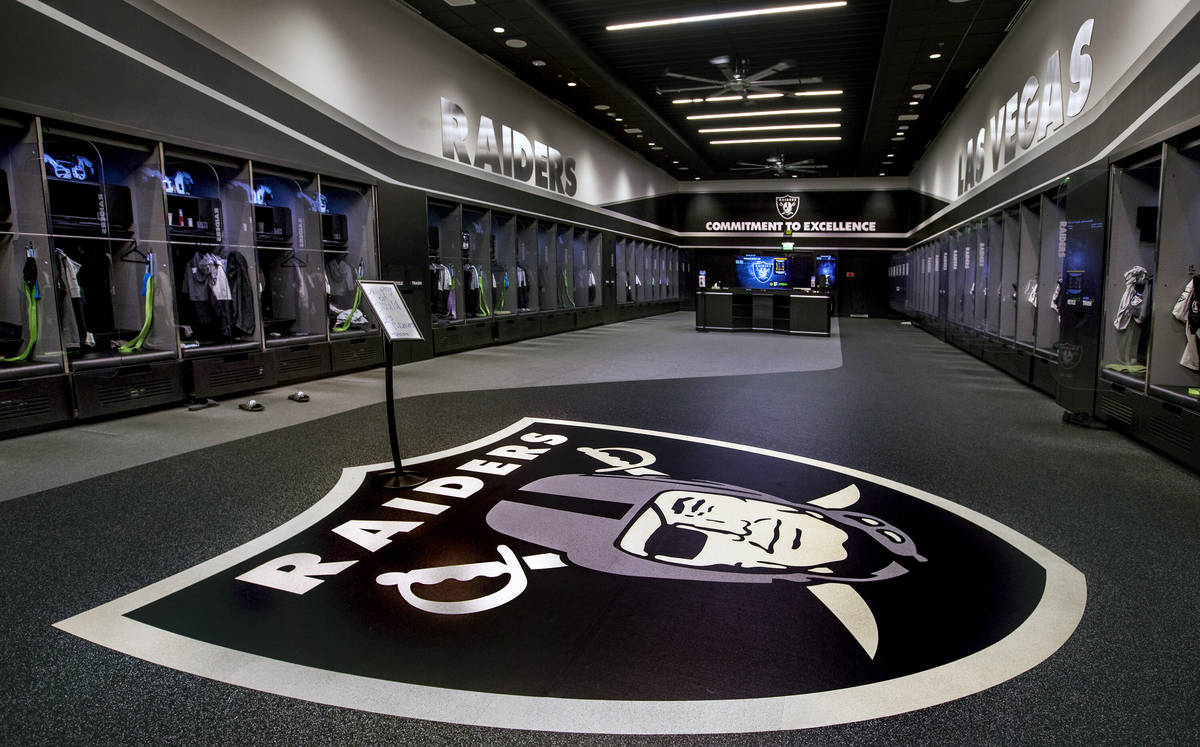 A large logo is painted on the floor in the expansive locker room within the Las Vegas Raiders headquarters on Wednesday, April 14, 2021 in Henderson. A sign says if you step on it you owe 25 push-ups as payback. L.E. Baskow/Las Vegas Review-Journal) @Left_Eye_Images 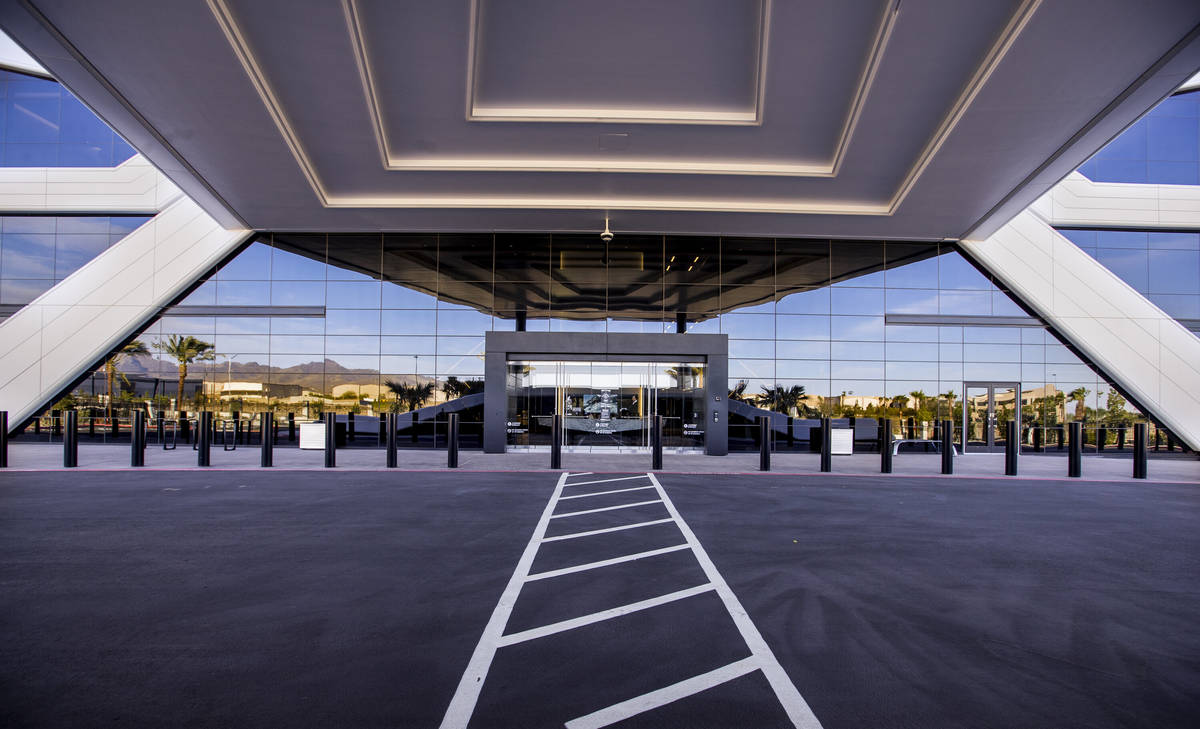 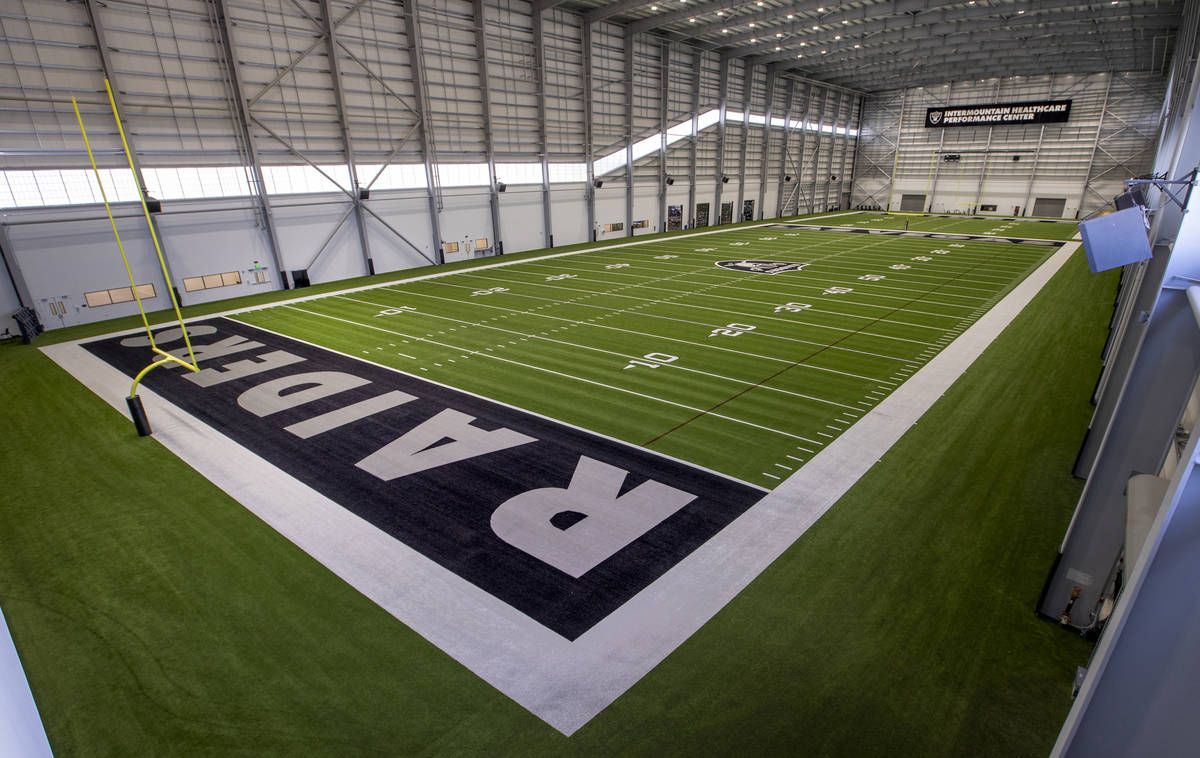 With pandemic restrictions loosening around the country, the NFL is allowing teams to conduct training camps outside of their team facilities.

The Raiders, however, are staying put in Henderson, a person with knowledge of the situation confirmed Friday.

Because of COVID-19, all training camps were held at team facilities last season, although the Arizona Cardinals did hold their camp at State Farm Stadium in Glendale, Arizona.

For years, the Raiders have held camp in Napa, California, about 50 miles north of Oakland. But because of the pandemic, they held their first training camp last year as the Las Vegas Raiders at their facility in Henderson. The plan worked out so well, they will do it again.

No official dates have been announced, but NFL teams typically begin camp during the last week of July.

As far as how training camps will unfold this year with COVID-19 still a concern, that has not been determined either.

However, the league sent a memo Friday to all 32 teams indicating an openness to clubs conducting camps at a location other than their home facility or home stadium. The league is asking teams that fall into that category to submit a full Infectious Disease Emergency Response Plan explaining how the club will comply with the NFL-NFLPA COVID-19 protocols at the alternative locations — including any hotels and transportation that will be needed.

Teams interested in doing camp at an alternate site must submit the plan no later than June 11.