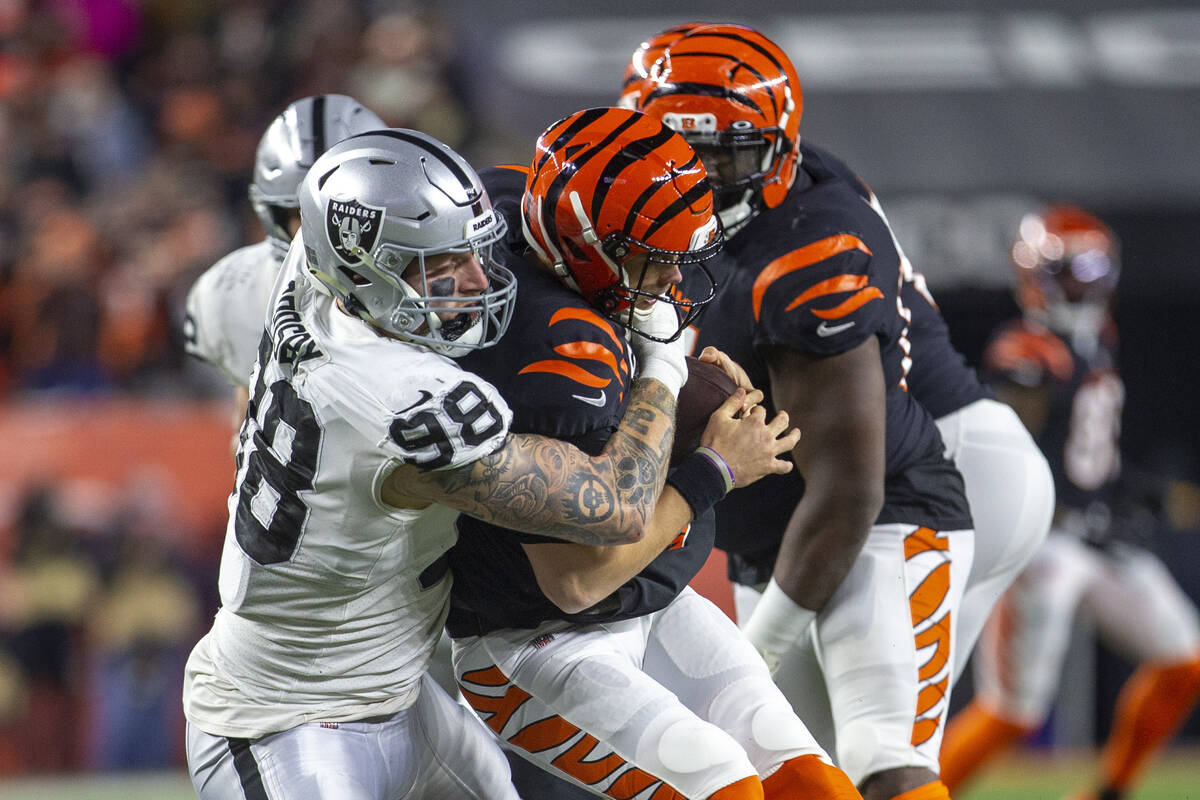 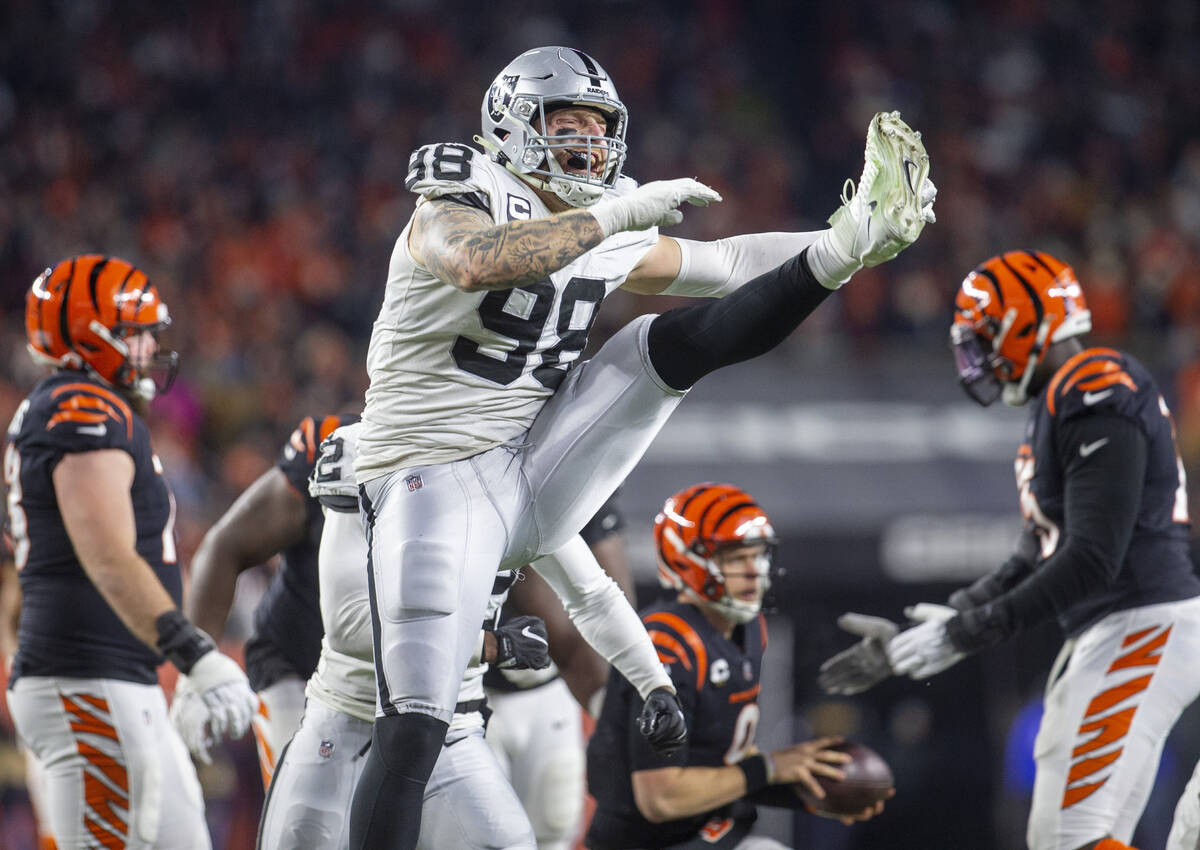 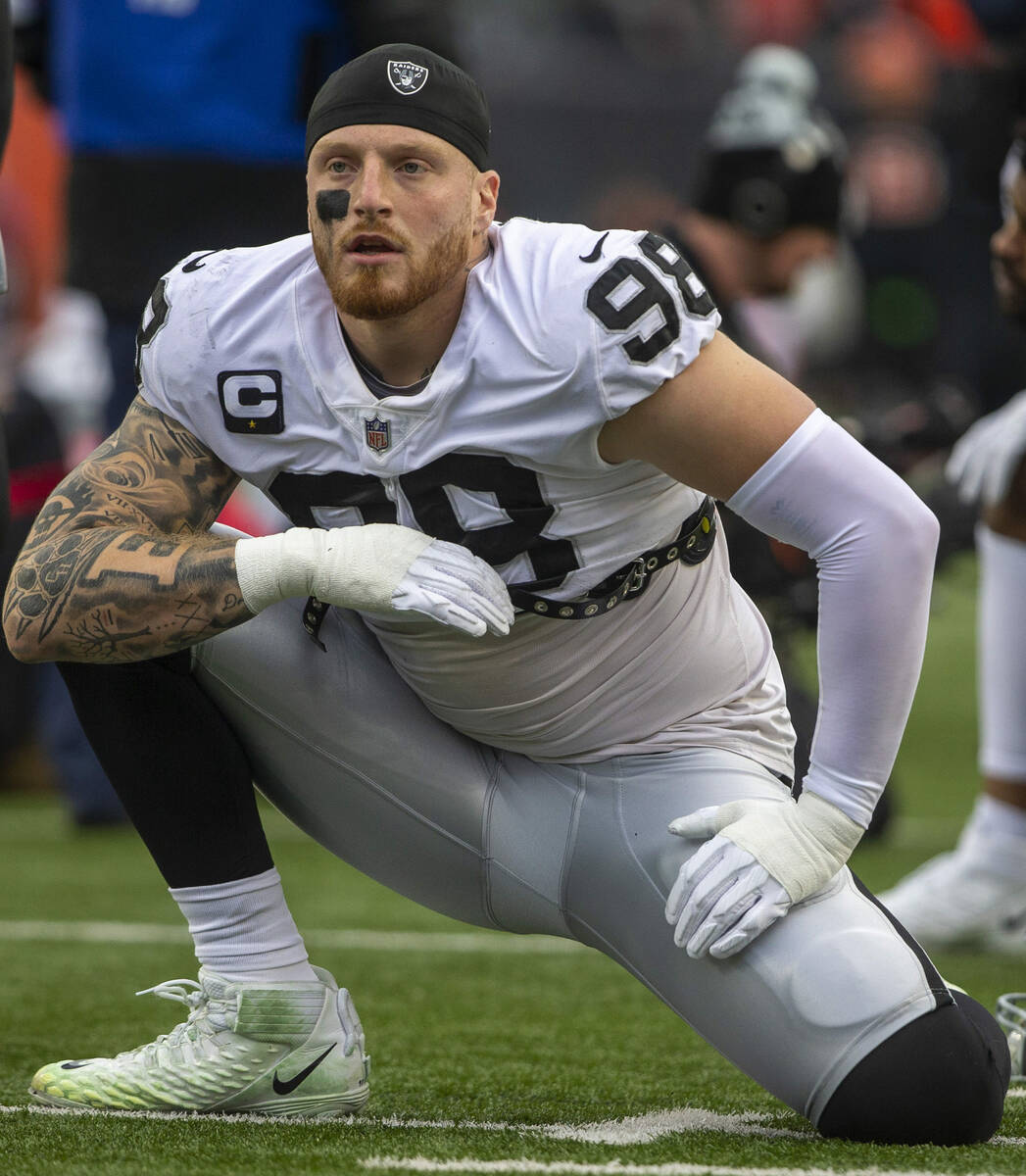 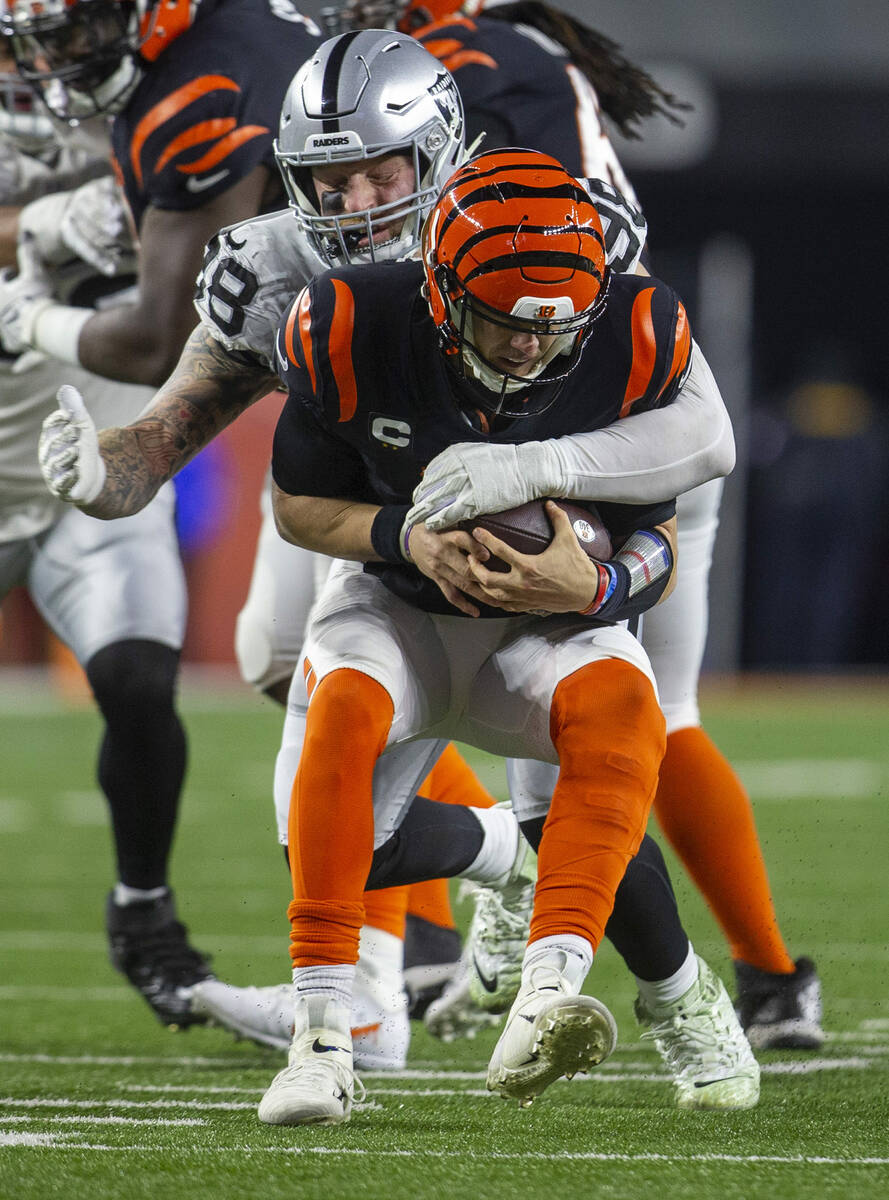 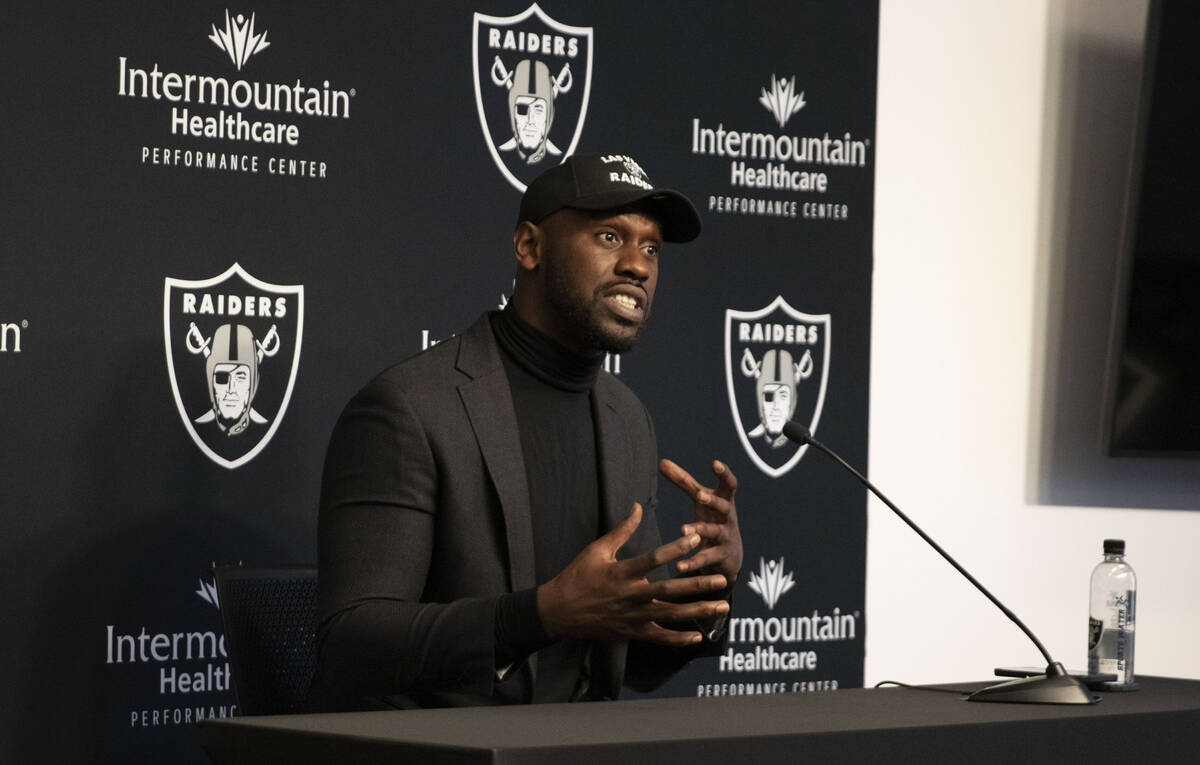 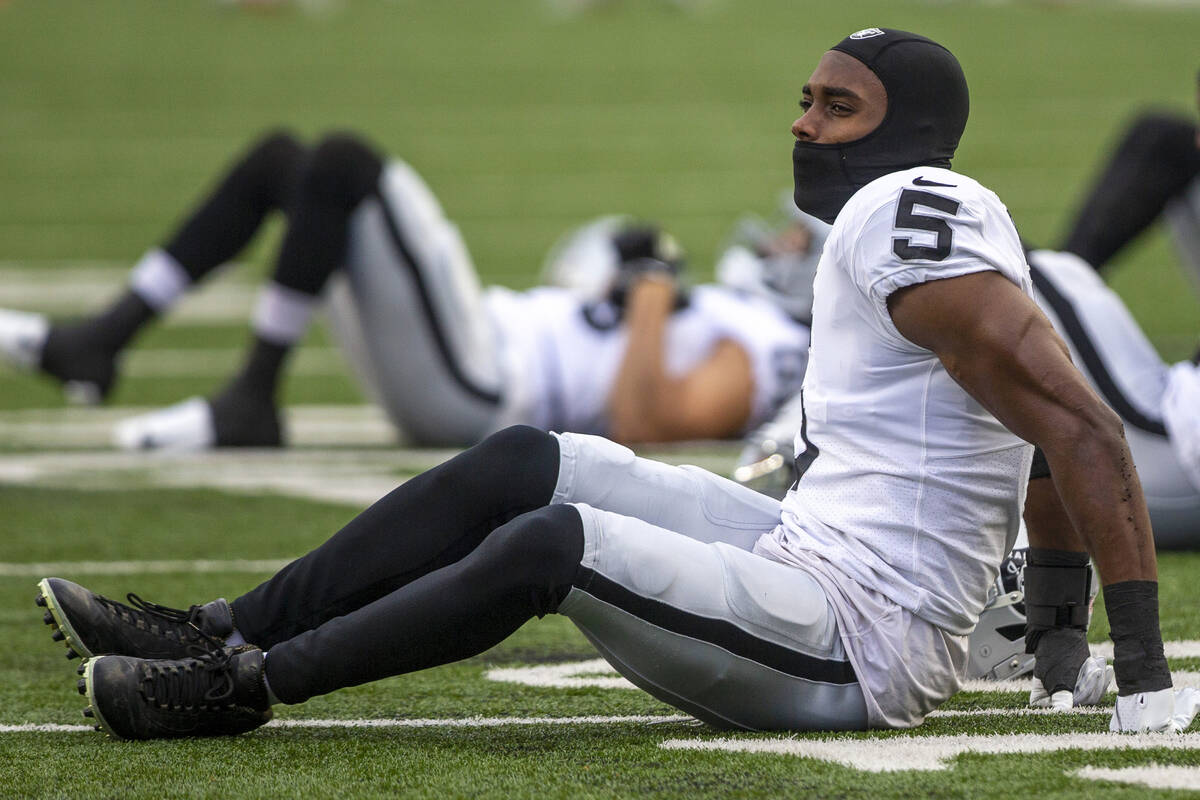 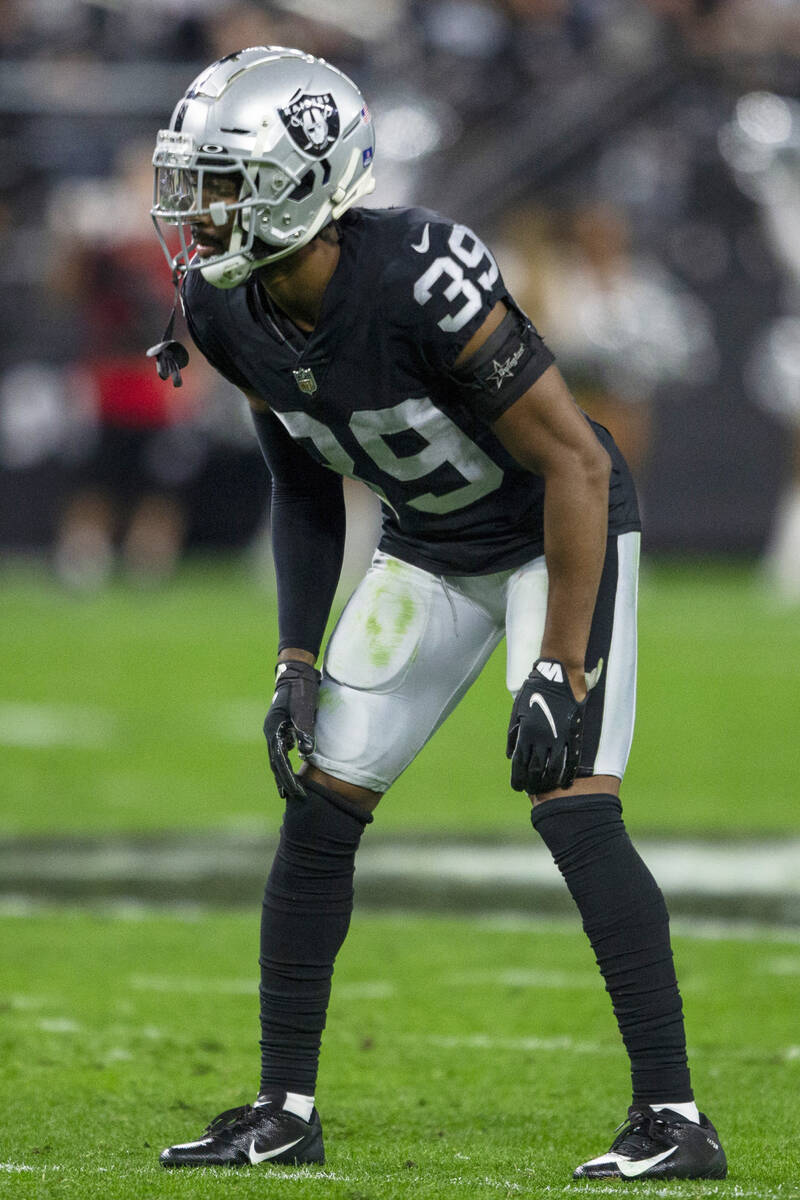 Raiders cornerback Nate Hobbs (39) prepares to defend during the second half of an NFL football game against the Los Angeles Chargers on Sunday, Jan. 9, 2022, at Allegiant Stadium in Las Vegas. (Heidi Fang/Las Vegas Review-Journal) @HeidiFang 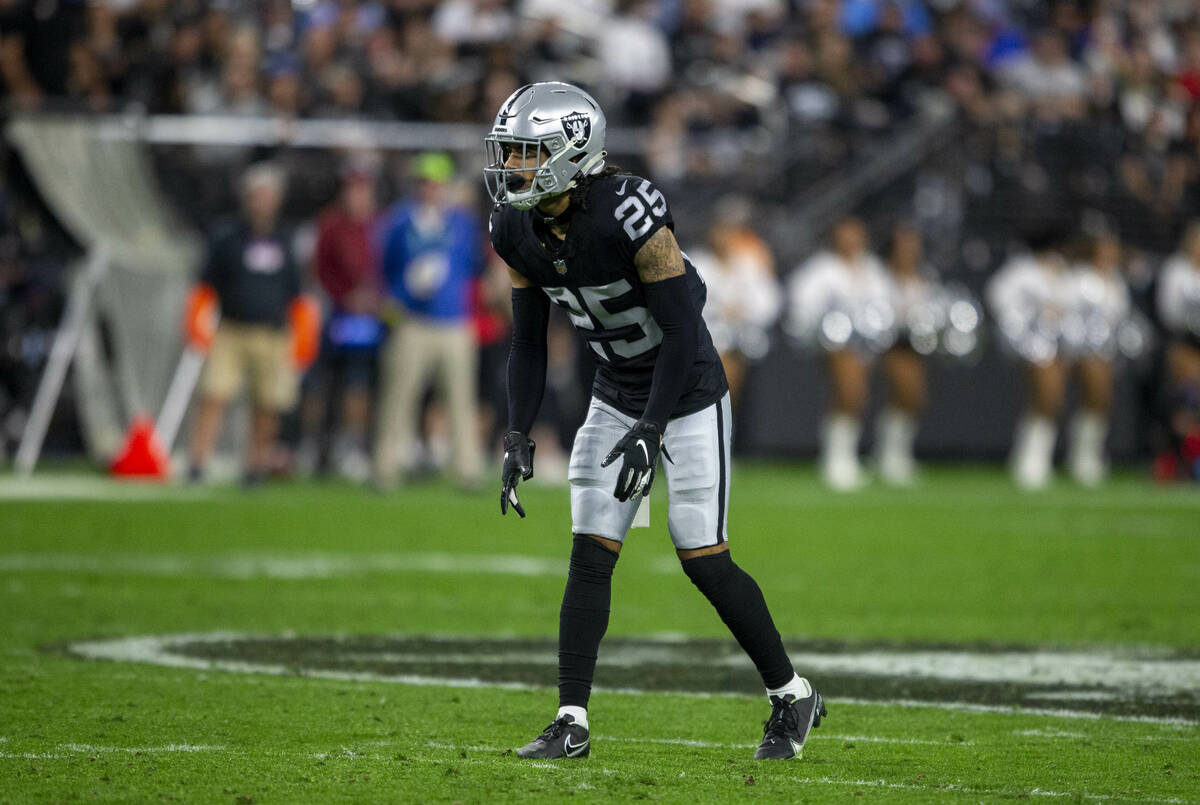 Raiders free safety Trevon Moehrig (25) gets in position during the second half of an NFL football game against the Los Angeles Chargers on Sunday, Jan. 9, 2022, at Allegiant Stadium in Las Vegas. (Heidi Fang/Las Vegas Review-Journal) @HeidiFang 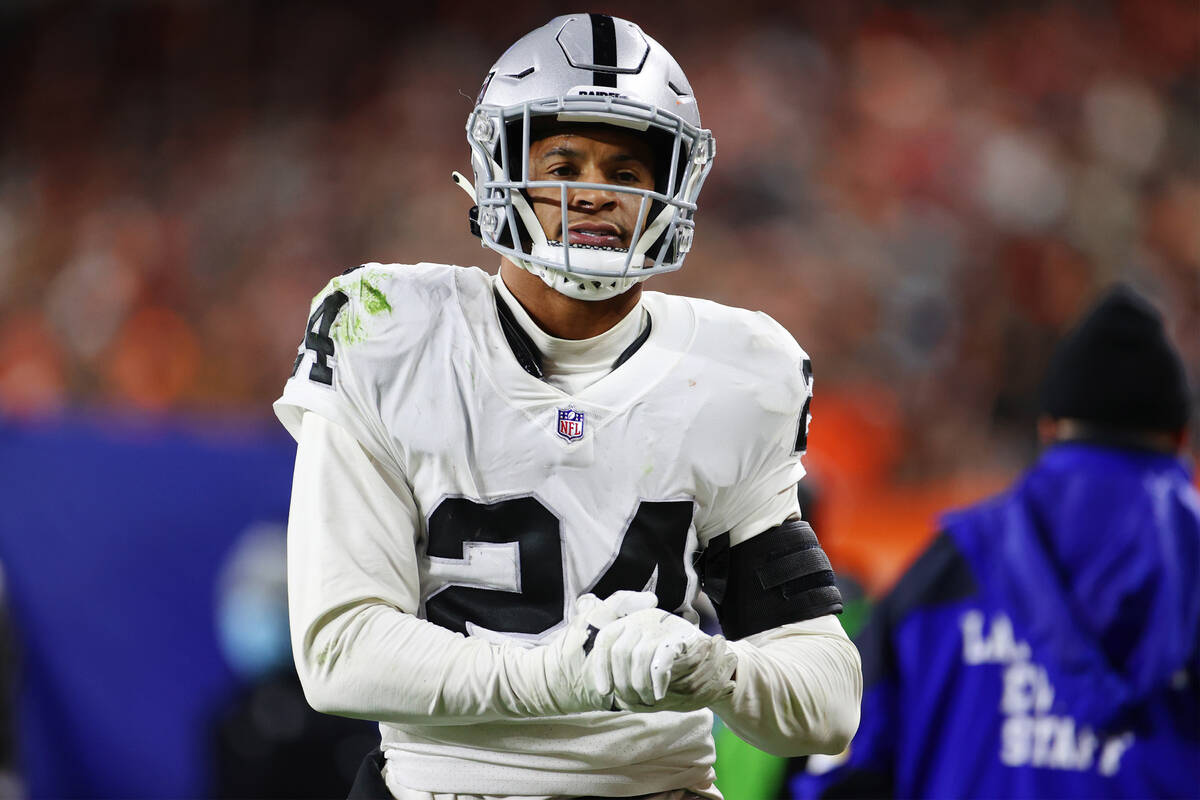 Raiders safety Johnathan Abram (24) leaves the field after an injury during the second half of an NFL football game against the Cleveland Browns at the FirstEnergy Stadium in Cleveland, Ohio, Monday, Dec. 20, 2021. (Erik Verduzco / Las Vegas Review-Journal) @Erik_Verduzco 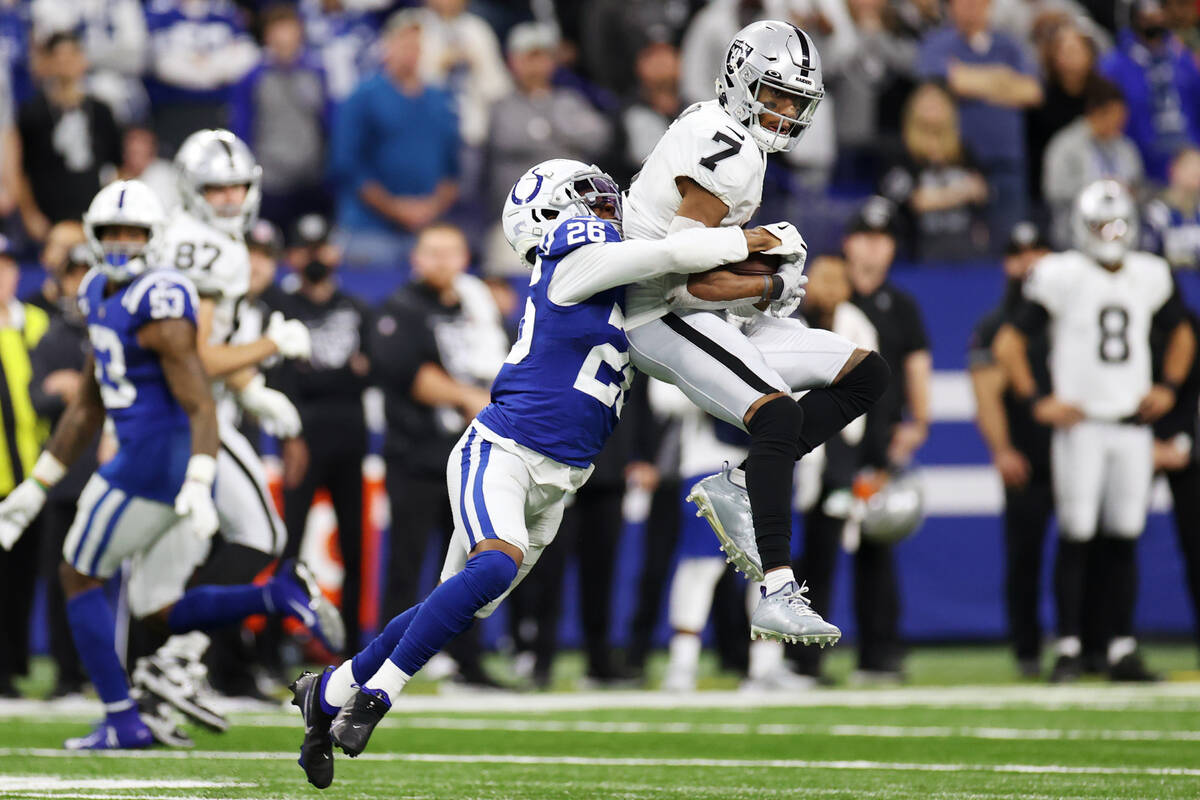 The Raiders’ moderate improvement on defense last season was the difference in pushing their win total from eight to 10 and making the NFL playoffs.

That said, the change at coach from Jon Gruden and Rich Bisaccia to Josh McDaniels also means Patrick Graham replacing Gus Bradley as defensive coordinator. And that means a change in scheme, with the Raiders expected to move to a base 3-4 defense from the 4-3 alignment they played under Bradley, whose defense allowed 25.9 points per game last season, a four-point improvement from 2020.

The scheme change — and the pledge to be a matchup defense that changes its fronts depending on the offensive look — is reflected in some of the team’s additions. That’s especially the case at defensive line and linebacker, positions that have undergone massive changes in the past three months.

Here is a position-by-position look at where the defensive roster stands:

Analysis: The Raiders added size and strength, especially in the interior of the line, with the additions of Vernon Butler, Peko and Farrell through free agency and the draft and by retaining Hankins. The flexibility of additions Matthew Butler and Nichols is indicative of the Raiders’ plan to have the necessary skill sets to play matchup defense. Crosby will be interesting to watch, as he traditionally has been a hand-in-the-dirt end but could be used as an upright edge defender in a 3-4 look. Koonce could line up with his hand on the ground or as an outside linebacker, depending on the personnel grouping.

Moving forward: The Raiders created some line security by extending Crosby’s contract, signing Nichols and drafting Butler and Farrell. By declining the fifth-year option on Ferrell, the bulk of the remaining linemen are set to be free agents after the season. Koonce has three years left on the rookie deal he signed last year.

Analysis: With the Raiders making the move to a 3-4, it will be interesting to see who lines up opposite Jones at outside linebacker. Could that be Crosby on early downs? Or maybe Koonce makes the switch to that spot? Keep an eye on Fackrell, who could find his way onto the field as a situational edge rusher. Deablo finished his rookie season strong last year and has the inside track on claiming a starting role along with Perryman. Brown and Kiser have starting experience and add depth and rotational value.

Moving forward: Outside of holdovers Perryman and Deablo, the Raiders built their linebacker room on the fly this offseason. Only Jones and Deablo are under contract beyond this season, meaning the team will be retooling next season. As a one-year group, the Raiders should be OK. But work remains long range.

Analysis: Mullen underwent surgery this past week, and while he didn’t specify any details, he missed most of last season with a toe and foot injury. He’s a question mark at this point. That could motivate the Raiders to look for help, which could lead them to James Bradberry, expected to be cut by the Giants. If not, they will roll with a young cornerback crew in which Mullen, Ya-Sin, Averett, Phillips and LeBlanc are set to become free agents after the season. That will create motivation among a young but talented group. Hobbs was sensational as a rookie, and Robertson faces a make-or-break year as he enters his third season. Moehrig had a solid rookie season, and the future is bright. The Raiders are eager to look at a healthy Gillespie, who could push for playing time. Harmon is an established veteran who will add experience. Abram is a wild card. He was playing solid football before suffering a season-ending shoulder injury late last season — the second time in three seasons he has suffered a season-ending injury — and it remains a question how he fits into the big picture, especially transitioning into the third system in three years. Graham has a good track record of understanding his players’ strengths and putting them in a position to accentuate them, so Abram has a chance to make an impact.

Moving forward: The Raiders didn’t pick up Abram’s fifth-year option, so this season could be his final one with the franchise. Gillespie, under contract for three more years, has a chance to prove he’s a long-range answer alongside the ascending Moehrig.