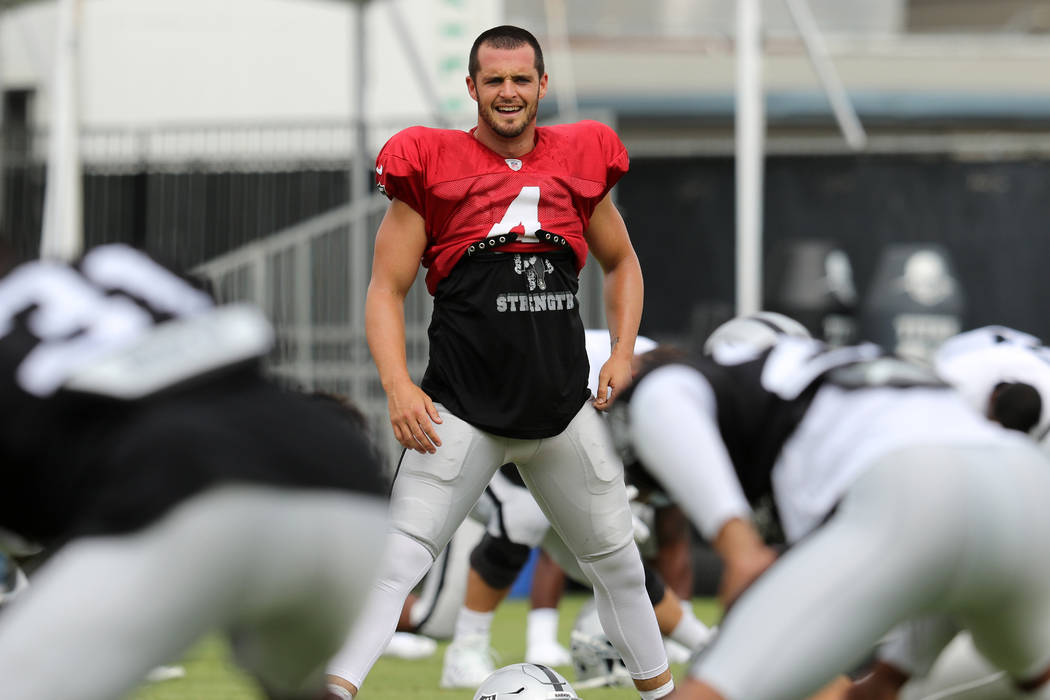 NAPA, Calif. — There is a stereotype about most Southern Nevadans not knowing their neighbors.

Derek Carr won’t have to worry about that when he moves to the valley next year.

The Raiders quarterback confirmed a comment from his brother on NFL Network this week that he is building a home next door to coach Jon Gruden for when the team moves to Las Vegas.

“That will be fun,” Carr said after Saturday’s practice. “Hopefully a lot of knocks on the door. Maybe we can carpool. That would be good for us.”

Perhaps Carr is aware of the new HOV lanes running throughout his future hometown.

He soon might become more familiar with the strict homeowners’ associations after joking about potential alterations to his property.

“We might knock down the fence and just make it one (big backyard),” he said, laughing.