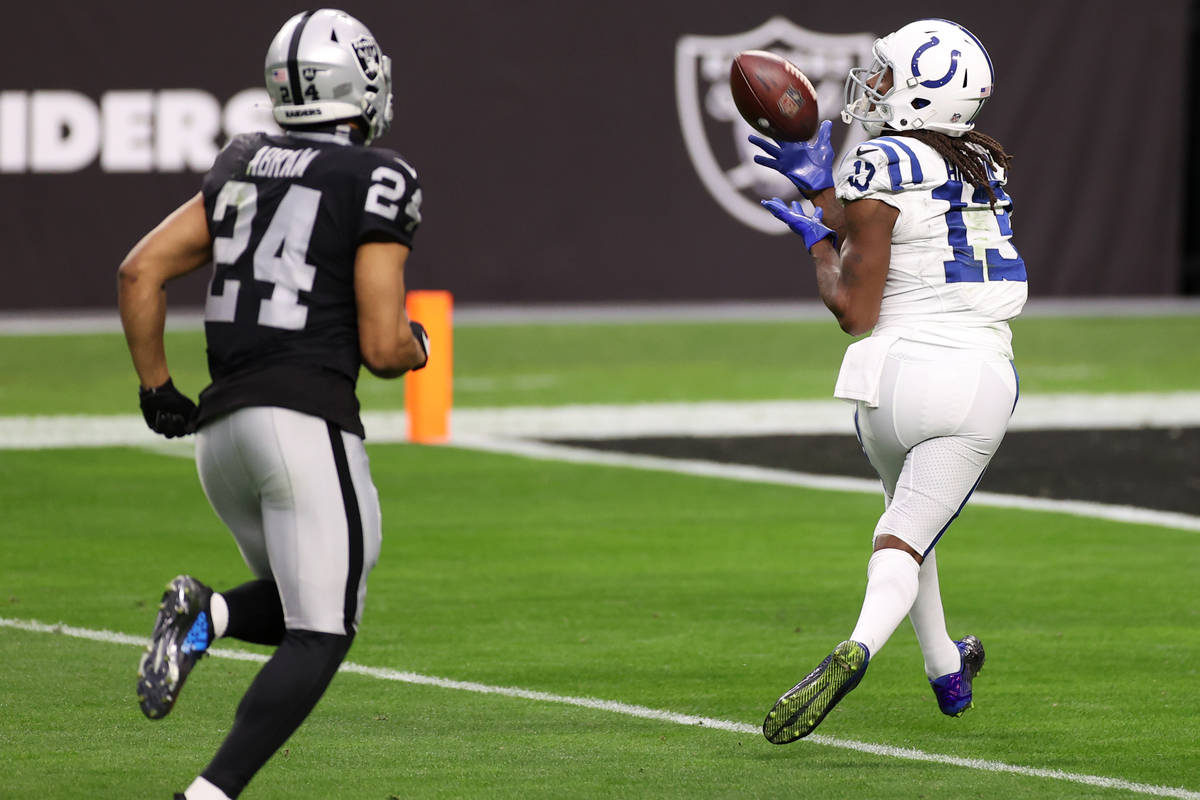 Three takeaways from the Raiders’ 44-27 loss to the Indianapolis Colts on Sunday at Allegiant Stadium:

1. No margin for error

While it’s difficult to imagine the 7-6 Raiders as a playoff team after this performance, they still have a glimmer of hope.

Miami’s loss to Kansas City on Sunday, which dropped the Dolphins to 8-5, certainly helped.

But the truth is the Raiders must play significantly better than they have in losing three of their past four games — the one victory a miracle at the winless New York Jets — if anyone is to take them seriously as a playoff team.

They not only have to play better, the Raiders probably need to win out. With a final stretch that consists of the Los Angeles Chargers, Dolphins and Denver Broncos, it’s doable but far from likely.

Few thought before the season the Raiders were playoff contenders. During this crucial part of the season, they are proving those doubts were not unfounded.

This was supposed to be a different, better team than the Raiders squad that collapsed late season, losing five of its last six games.

For Raiders fans, this is all too similar. All too familiar.

It’s not exactly breaking news to say the Raiders’ defense has struggled this season, so what happened against the Colts was the least surprising part of the day.

Which makes it even more urgent for Raiders coach Jon Gruden and general manager Mike Mayock to look hard at upgrading that side of the ball, including what to do with the coaching staff after defensive coordinator Paul Guenther was fired Sunday.

To be fair, they tried last offseason, but most of the moves (see: Littleton, Cory) fell woefully short.

The Raiders seldom got much pressure on opposing quarterbacks, allowing those such as the Colts’ Philip Rivers to pick apart their constantly banged-up secondary. He completed 19 of 28 passes for 244 yards and two touchdowns.

Worse, the Colts had their way on the ground, rushing for 212 yards and two TDs.

The Raiders gave up a 62-yard touchdown run and a 31-yard run in the fourth quarter that set up a Colts touchdown and gave them a crucial two-score advantage while the outcome was still in question.

It wasn’t after that.

Even if the Raiders somehow make the playoffs, it’s doubtful their defense would allow them to make any kind of run.

Raiders running back Josh Jacobs decided sometime before the game was a good time to pull a prank on fantasy-league owners.

He made it sound like he wasn’t playing, even though all indications were to the contrary. Jacobs was on the active roster.

The Raiders were getting ready to play their most important game of the season against a team they were competing directly with for a playoff spot. It was a moment that called for focus.

Not the kind of questions that NFL teams should be asked any time, but especially in December.