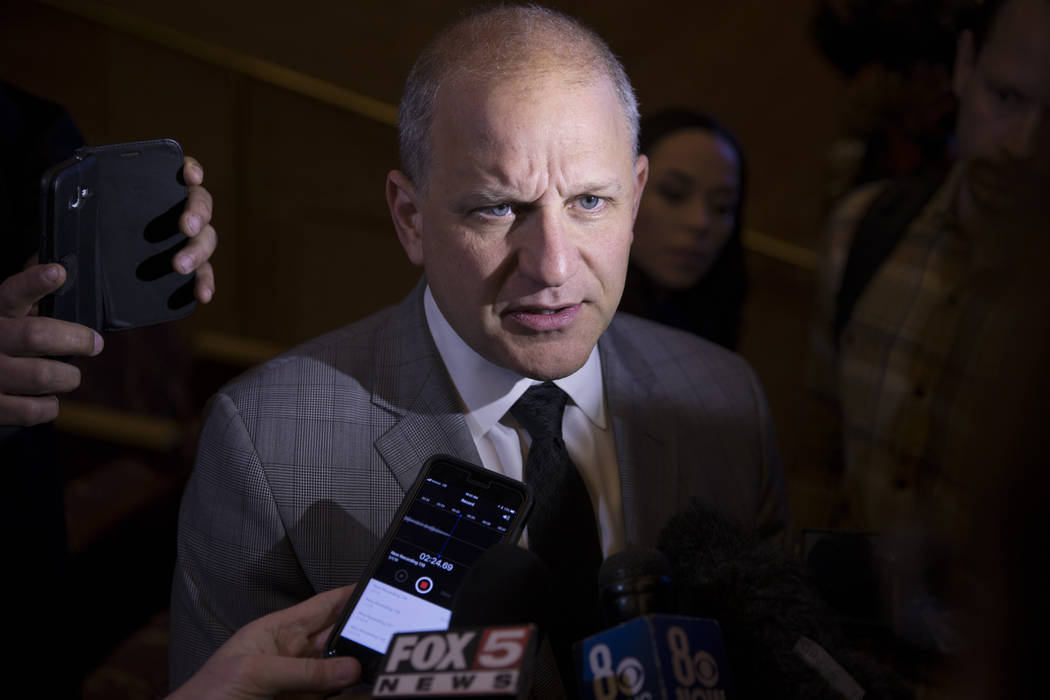 For much of Wednesday night, there were cheers for the Henderson Raiders.

Oakland Raiders President Marc Badain said his football team couldn’t be happier with the neighborhood that the team will move to in 2020, when the Raiders relocate from the Bay Area to the desert.

“It’s great. There are neighborhoods in every price range all around, there are retail areas, we’re right next to the airport for those who want to fly in private planes, and we’re just 10 minutes from the stadium,” Badain said in an interview after he and Henderson Mayor Debra March greeted local business owners and talked football.

Badain said the team is still exploring ideas for what to include in the $100 million headquarters and practice facility that will be built on the southwest corner of St. Rose Parkway and Executive Airport Drive, near Henderson Executive Airport.

There are plenty facilities across the NFL that the Raiders could replicate.

The Dallas Cowboys’ practice facility has a small stadium — which it allows high school teams to use — a hospital, a hotel and office space. The Minnesota Vikings collaborated with health care providers to incorporate a sports injury treatment facility at their suburban Minneapolis headquarters.

Badain said the Raiders’ Henderson facility would have executive offices and an indoor practice facility that wouldn’t be used for competitive games but an outdoor field that could. He said it’s possible the facility would house a Raiders hall of fame to celebrate the franchise’s history.

The team is certain a residential development won’t be part of the 55-acre, mixed-use complex, Badain said.

March said she’s hopeful there would be additional retail or commercial development, possibly a hotel. March said she views the Raiders facility as an economic development play for the city.

The Henderson City Council in January voted to sell the acreage, valued at $12.1 million, to the Raiders for $6.05 million. March said she believes the return on that sale will more than make up for offering it at a discount.

She pointed to the 250 Raiders employees — including players, coaches, executives and staffers — who will move to Henderson by the time the facility is finished in spring 2020. Henderson officials estimate the facility will generate more than $35 million in revenue for the city over 30 years.

A contractor has not been selected for the facility, Badain said.

During a question-and-answer session, Badain got one of his most common queries: What are you going to do about stadium parking?

“I don’t have any doubt that we’ll have it solved by the September deadline” imposed by Clark County, he said.

He said the team is still looking at the Bali Hai Golf Club site on the south Strip, which he said could provide more than enough space for parking. He said the team also has talked with property owners near the stadium site at Interstate 15 and Russell Road and nearby resorts about providing parking on game days.