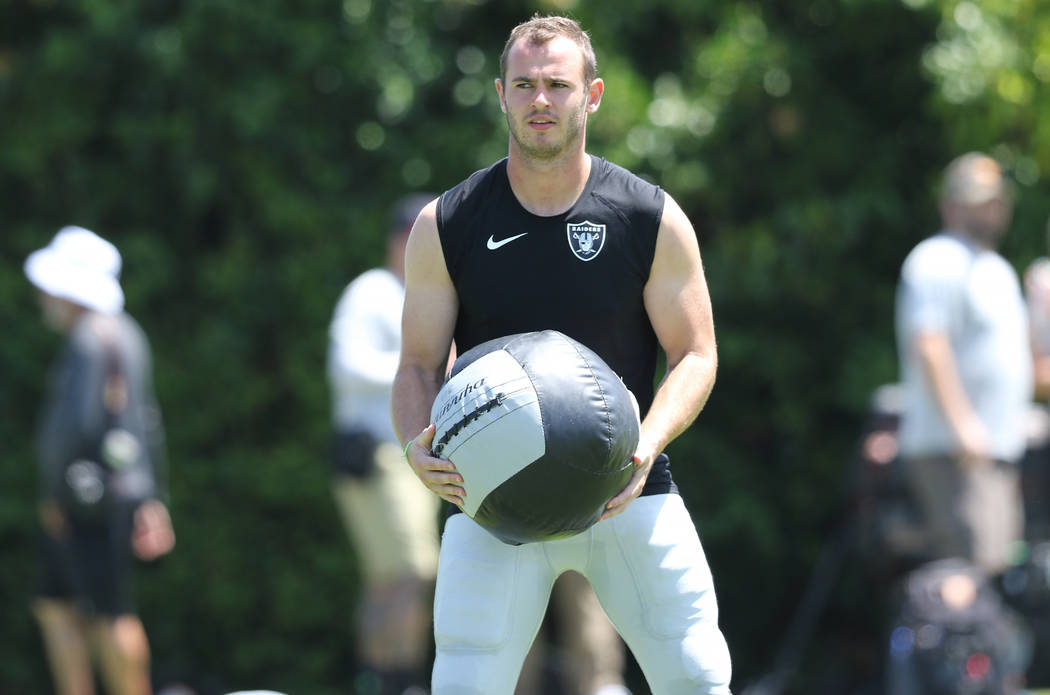 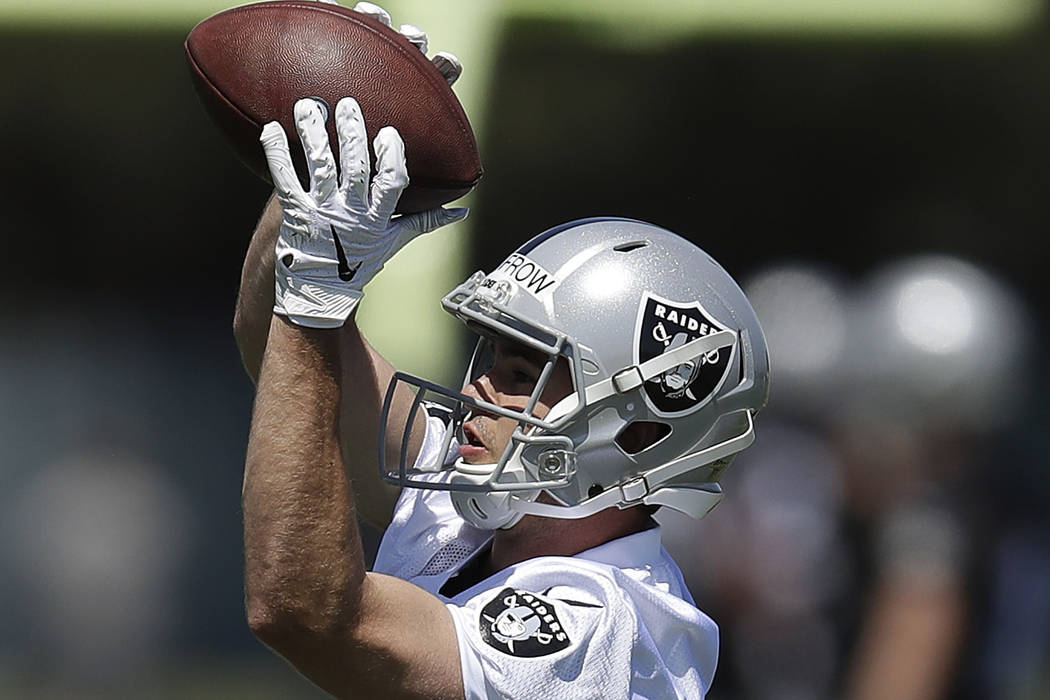 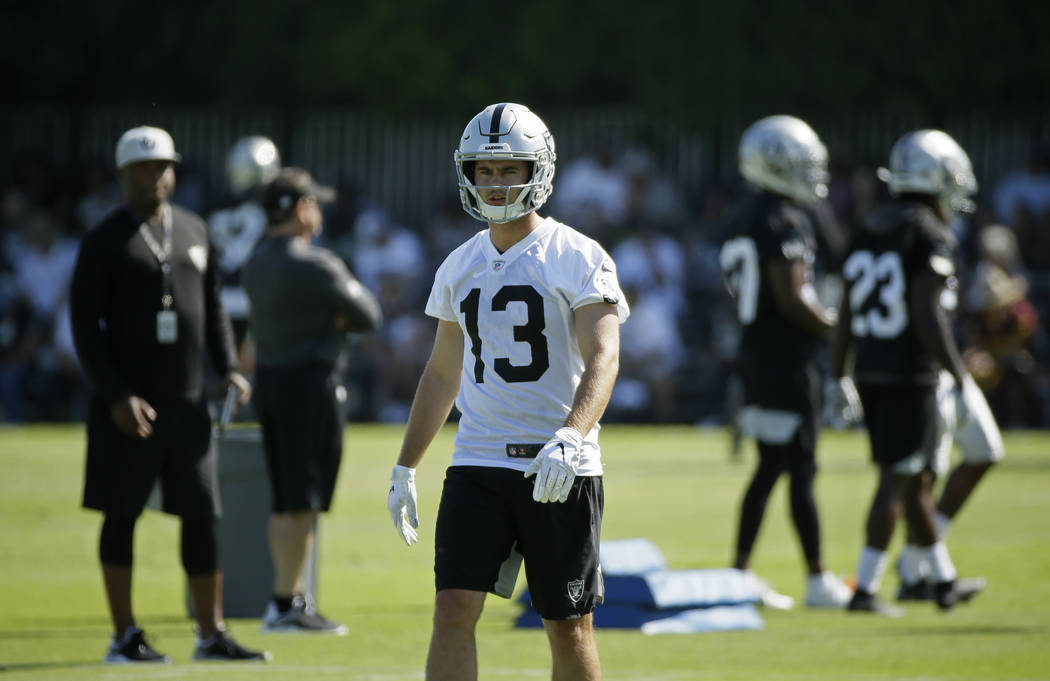 ALAMEDA, Calif. — While one Raiders wide receiver has dominated the headlines this week, there will usually be one or two more on the field with Antonio Brown on Monday night.

Free agent signee Tyrell Williams will be one of them on the outside, having recorded 155 receptions for 2,530 yards with 17 touchdowns as a member of the San Diego/Los Angeles Chargers. But in the slot, Raiders offensive coordinator Greg Olson said rookie Hunter Renfrow will share time with veteran wideout Ryan Grant.

“We’re happy with where we’re at with the slot position,” Olson said. “But both Hunter and Ryan do different things. Some things better than others. So we’ll have a plan for both of them.”

Renfrow is a 2019 fifth-round pick out of Clemson, where he caught the game-winning touchdown pass to defeat Alabama in the 2017 College Football Playoff championship game.

Grant, a fifth-round pick in 2014, spent the first four years of his career with Washington under Raiders coach Jon Gruden’s brother, Jay. He played for the Indianapolis Colts last year, picking up 334 yards on 35 receptions with a touchdown.

Olson said reserve receivers J.J. Nelson and Dwayne Harris — who serves as the Raiders’ return specialist — also could play a role depending on the packages the Raiders decide to deploy during the game.

Defensive coordinator Paul Guenther has a pair of rookies expected to be heavy contributors on his unit in No. 4 overall pick defensive end Clelin Ferrell and No. 27 overall pick safety Johnathan Abram.

What advice does he plan on giving the pair as they get ready for their first professional action?

“I always say to them in the locker room, ‘How long have you been playing football? Your whole life,’” Guenther said. “This is another game. Don’t try to be Superman out there. Do what you’re supposed to do. Play sound, play effective and have fun.”

Both Ferrell and Abram are listed as starters on the Raiders’ unofficial depth chart, and should receive plenty of playing time in Week 1 and beyond this season.

The Raiders are relatively healthy going into their first game, with starting right guard Gabe Jackson (knee) the only player expected to miss the contest against the Denver Broncos due to injury.

The final injury report of the week will be issued Saturday, which will give the status of each player headed into Monday’s contest.