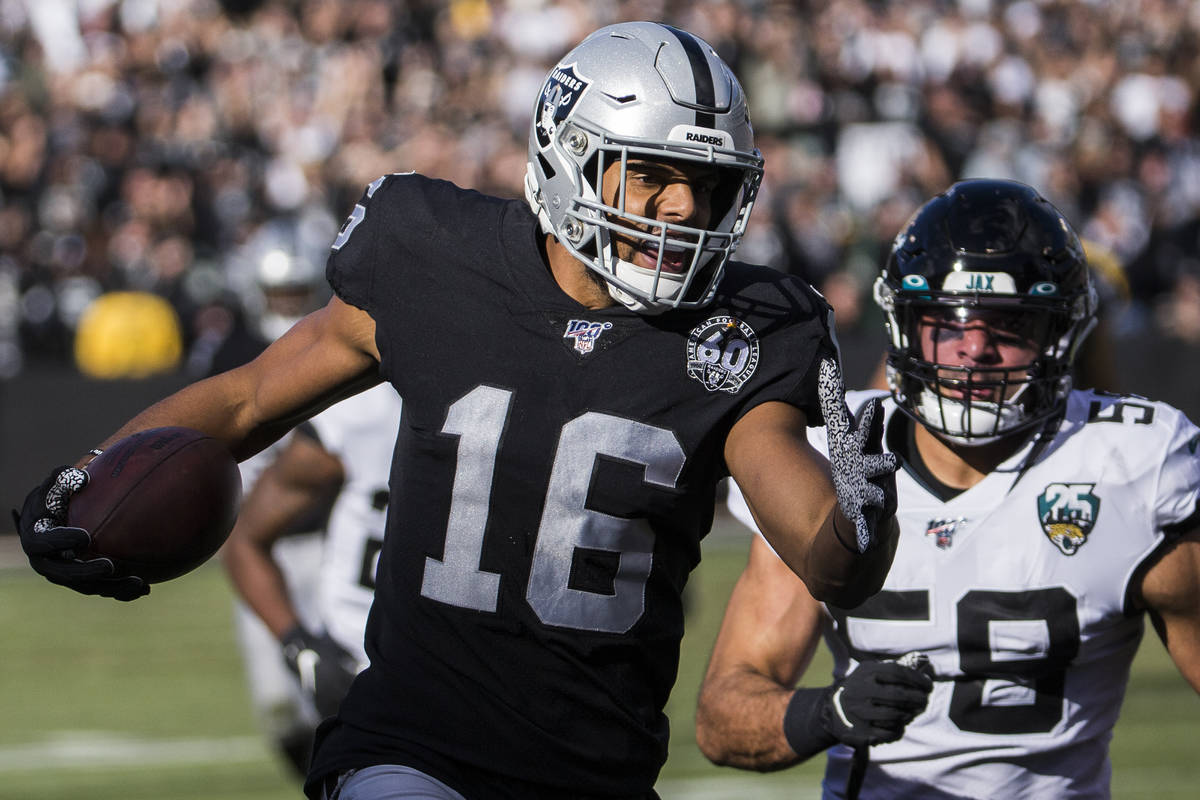 The Raiders plan to release wide receiver Tyrell Williams when the new league year begins in March, the NFL Network reported on Thursday.

Williams signed a four-year, $44 million contract before the 2019 season and played in just 14 games over the first two seasons of the deal.

He didn’t play at all in 2020 after suffering a torn labrum in his shoulder that required surgery.

The 28-year-old played in all 16 games in each of his last three seasons with the Chargers before entering free agency.

The Western Oregon alum scored in each of his first four games with the Raiders before suffering a foot injury that forced him to miss two games and hampered him the rest of the season.

The Raiders selected two receivers in the 2020 draft, with Henry Ruggs going in the first round and Bryan Edwards in the third.