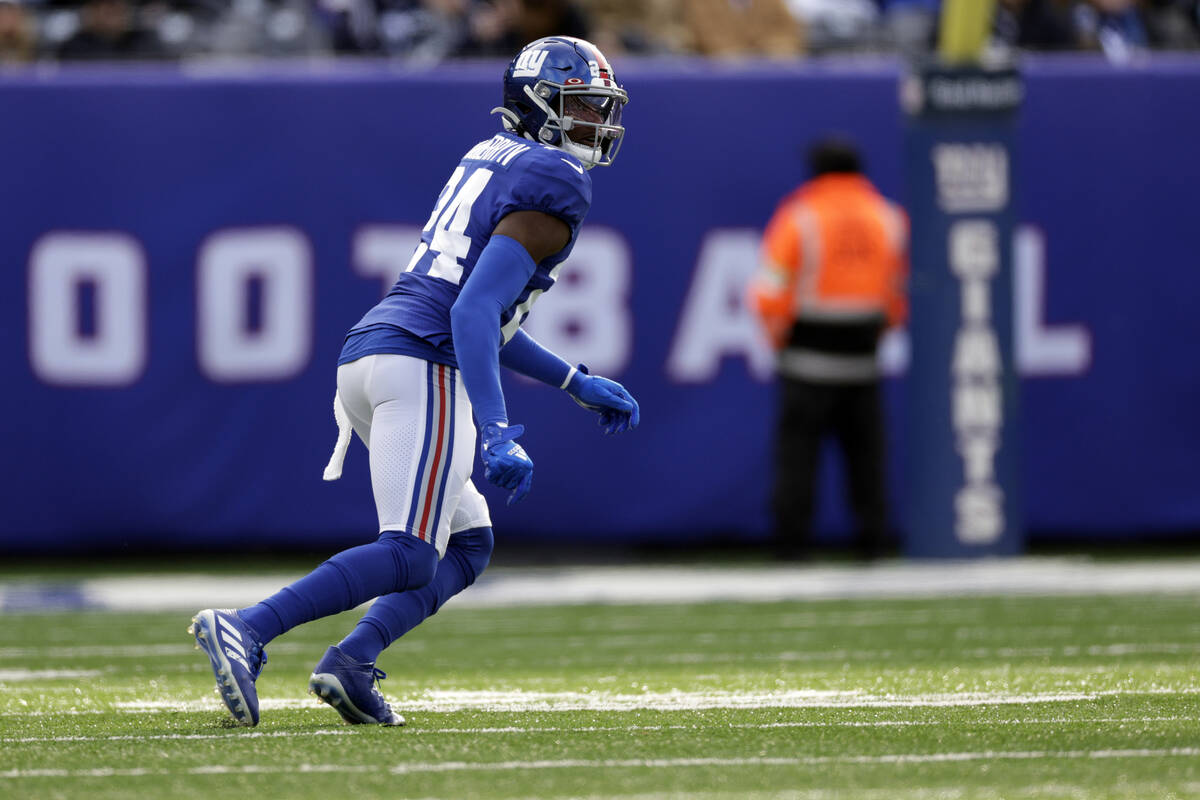 The draft is in the books and the heavy lifting of free agency is complete. But as the Raiders forge ahead in their offseason program — Phase 3 of OTAs begins in two weeks and a mandatory minicamp is scheduled for June 7-9 — the roster might not be complete.

Meanwhile, with Trayvon Mullen disclosing he underwent minor surgery, there is a question mark now at one starting cornerback position. With the Giants likely set to release James Bradberry, should the Raiders pursue the veteran cornerback?

That is one of many questions from Raiders fans in this week’s mailbag. Here is a sampling of what arrived in the mail:

@renfrow_stan: Will the Raiders be pursuing any free agent defenders like James Bradberry or veteran linebacker help soon?

Vincent Bonsignore: Giants general manager Joe Schoen said this week that a resolution concerning Bradberry was imminent, and all signs point to the Giants releasing the veteran cornerback. The move is not indicative of Bradberry’s talent. He is undoubtedly a viable NFL starting cornerback. The issue is financial. The Giants’ salary cap leaves no room to sign their draft class. The Giants have to shed salary and Bradberry’s $21 million cap charge makes him a logical move.

If Bradberry is released, then he immediately becomes a free agent. This will not be a situation where he has to clear waivers. And since Bradberry’s 2022 salary is not guaranteed, he would be starting from zero in terms of negotiating a new deal.

The Raiders are expected to show interest in Bradberry, who played the past two seasons in New York under Raiders defensive coordinator Patrick Graham and, now more than ever with Mullen a question mark, in need of a cornerback.

The Raiders sit $5 million under the salary cap. But keep that will grow to more than $25 million after June 1 when Cory Littleton and Carl Nassib’s contracts officially come off the books.

Between the need, the connection and the favorable salary cap situation, expect the Raiders to be players for Bradberry if he hits the open market.

Ryan Sakamoto (BEASTwriter): Who was your favorite Raiders 2022 draft pick and why? I like NT Neil Farrell but I’m biased.

VB: The Raiders did a pretty good job with the draft capital they had after trading a first- and second-round pick for Davante Adams. Farrell is an interesting player since the Raiders need more space eaters that can help plug running lanes and occupy blockers in order to free up other defensive players to make plays.

Dylan Parham, the third-round pick from Memphis also is very intriguing. Upon doing some film study, he jumps out as an extremely athletic and agile interior offensive lineman. Also, the ceiling is pretty high considering he only has played the position for four years.

Kyle Brass (@kylebrass27): Are the Raiders set with Bryan Edwards as the No. 2 guy outside? Are Demarcus Robinson and Mack Hollins going to eat into his snap count?

VB: Edwards, the third-year wide receiver from South Carolina, has a chance to take a big step forward while operating alongside Davante Adams, Darren Waller and Hunter Renfrow. With the field opening up to him, he has an opportunity to flourish. No doubt, though, he will have to fight to earn his place on the field. One thing to keep in mind about Josh McDaniels’ offense: There will be an incredible amount of versatility and multiplicity in terms of schemes and personnel groupings. Expect to see McDaniels figure out ways to incorporate players like Robinson and Hollins into the game plan as the Raiders attack opponents.

Alan in Vegas (@alaninvegas): More of an NFL question. Any remarks from the head honchos about the draft weekend in Vegas? Was it a success?

VB: Yes, absolutely. The NFL was undoubtedly ecstatic with how everything went and multiple NFL executives have expressed gratitude to Las Vegas for being a great partner.