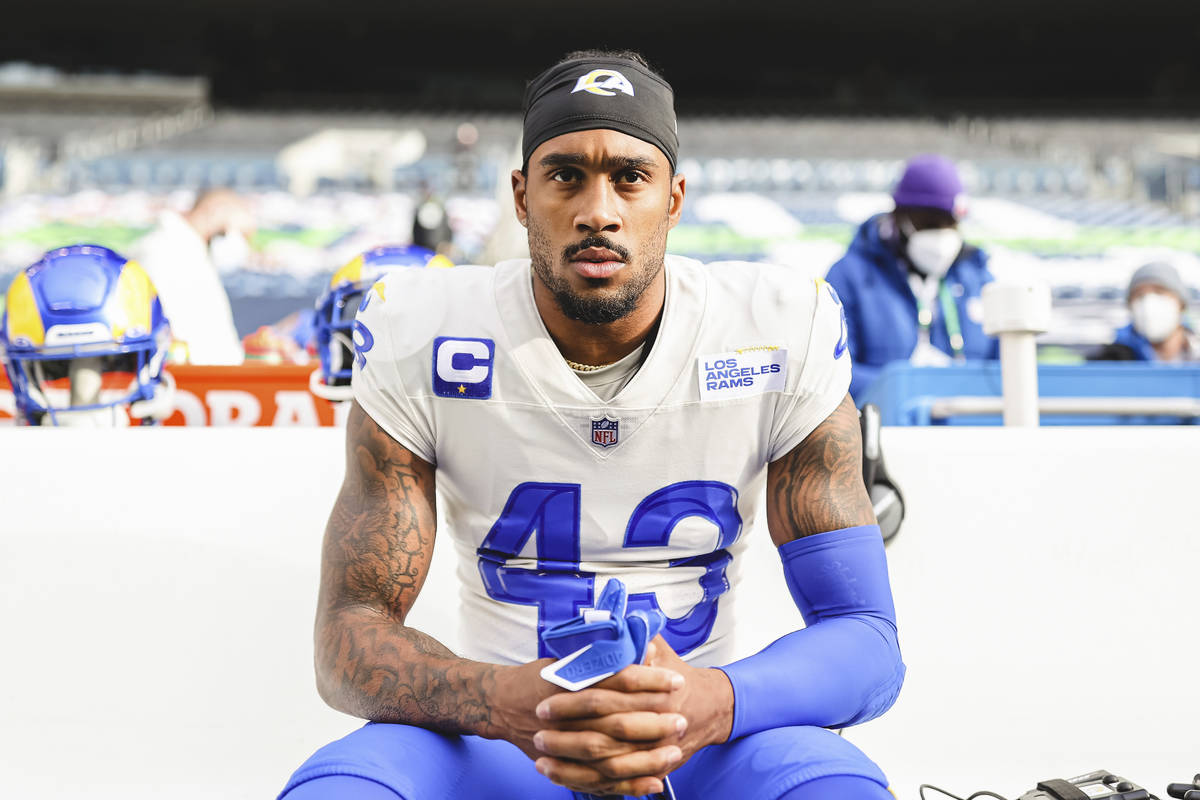 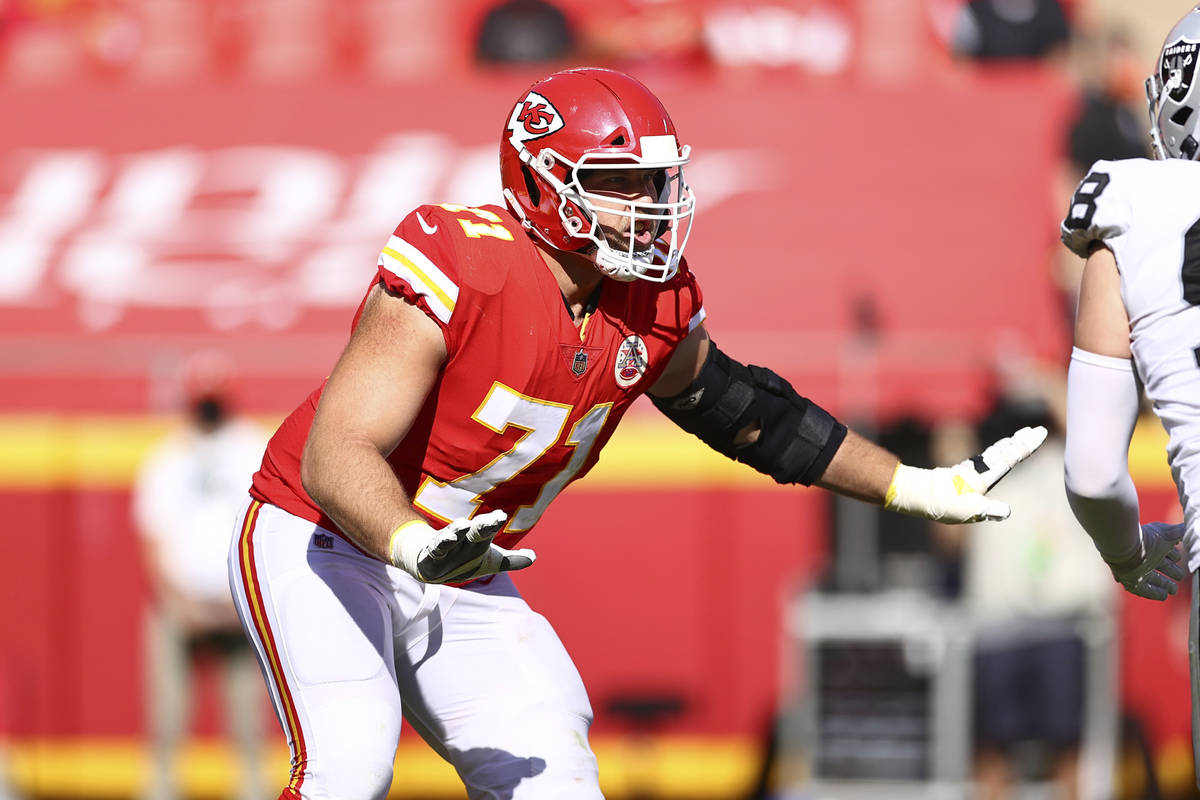 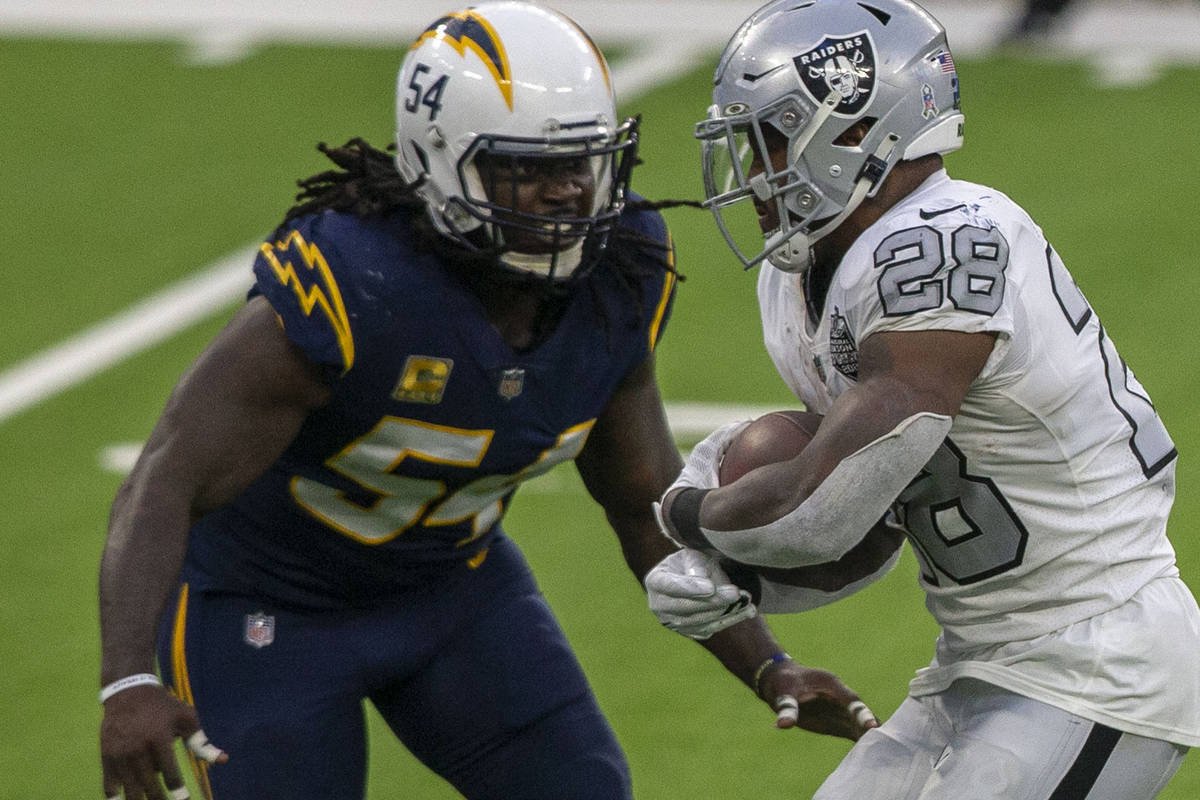 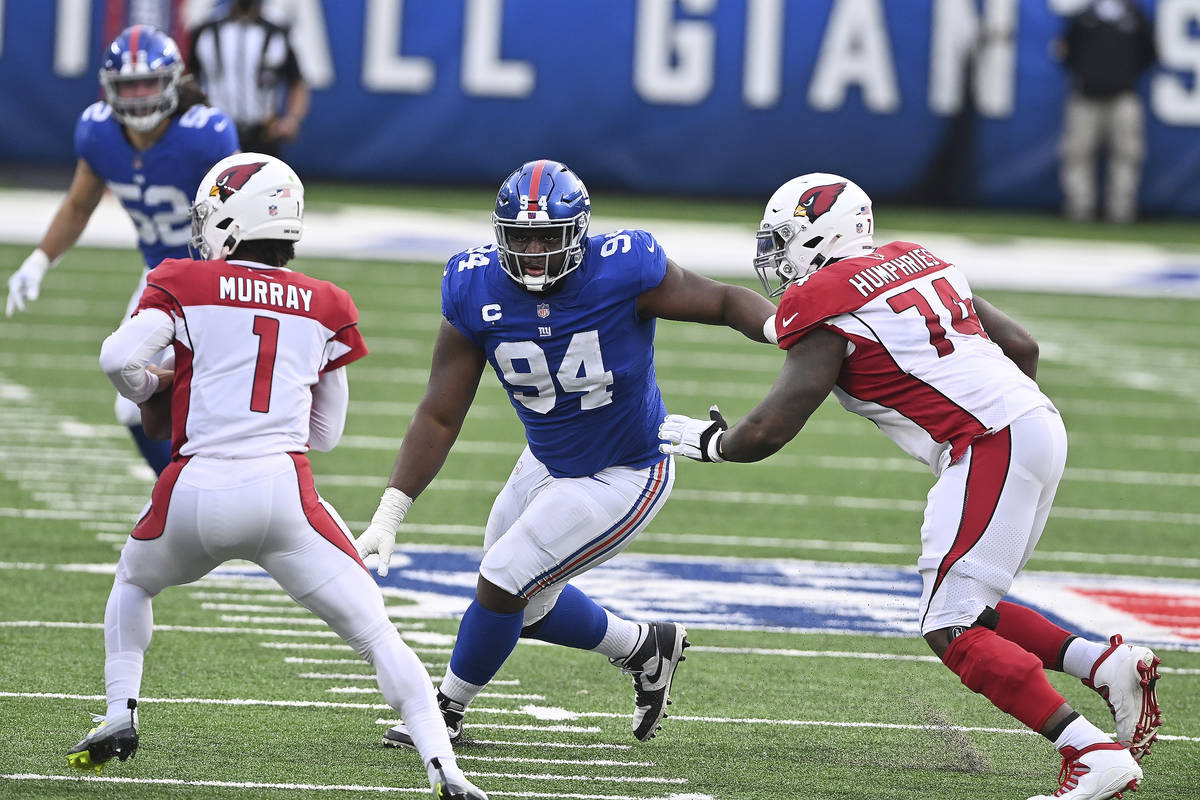 With free agency set to begin on Wednesday and the Raiders now sitting $40 million under the cap after restructuring the contracts of Cory Littleton and Nick Kwiatkoski, they are in excellent position to make a splash both on the big-player free agency front and on the secondary market.

Littleton and Kwiatkoski, who both signed to three-year deals last year, each agreed to restructure their deals and collectively shaved $7.1 million off the books.

Keep in mind that cap space should grow to more than $50 million with the expected trade or release of quarterback Marcus Mariota. That will only add to the Raiders’ buying power as they go about filling holes at free safety, cornerback and the offensive and defensive line while also making sure to keep some of their own free agents.

There is a lot of work to be done, and enough money to take care of business. But it will take a combination of aggressiveness and patience as the Raiders prioritize some must-need positions with big-bang additions and fill other holes by dipping into a deep pool of veteran talent.

How he fits: The Raiders desperately need an upgrade at safety and a leader of their secondary. Johnson checks off both boxes. His addition wouldn’t just significantly improve a major area of need, the ripple effect would benefit young cornerbacks Damon Arnette and Trayvon Mullen and free up fellow safety Johnathan Abram to be used in a way that better suits his skill set.

Competition: New Chargers head coach Brandon Staley, who was the Rams’ defensive coordinator last year, has gushed about Johnson since taking over the Chargers. L.A.’s other team has plenty of cap space, and the idea of pairing Johnson with young safety Derwin James is appealing.

Prediction: Frankly, this is a must-have player for the Raiders. With the Chargers potentially in pursuit, reeling him in would not only strengthen the Raiders but also keep him away from a division rival. Johnson lands in Las Vegas on a four-year, $51-million contract, with $26 million guaranteed. The lack of state tax in Nevada helps offset the Chargers’ offer.

How he fits: Tomlinson has always been an elite run defender and a willing double-team eater who frees up edge teammates to better rush the passer. But he improved his pass rush last year, He was ranked 20th among his peers in that category, according to Pro Football Focus. Teamed with emerging defensive tackle Maurice Hurst, Tomlinson could be part of a formidable interior tandem.

Competition: The Cowboys, Patriots and Jaguars all figure to be in the mix for the 26-year-old interior disruptor, so there will be no shortage of suitors.

Prediction: The Raiders shore up a big hole on a four-year, $50-million deal, with $25 million guaranteed.

How he fits: Provided he’s beyond his knee injury, Ingram can still bring it off the edge. Having played under Gus Bradley, the Raiders’ new defensive coordinator, he is an ideal fit as a veteran pass rusher who understands the system. Ingram could split time with young defensive end Maxx Crosby in a rotation that keeps both players fresh and effective.

Competition: The Raiders should be in good shape with the relationship Ingram has with Bradley, the opportunity that awaits him in Las Vegas and the money they can offer him.

Prediction: With edge rush so important in the NFL, Ingram figures to have options. But a deep pool of veteran players makes this a buyers’ market. The Raiders get their veteran pass rusher on a three-year, $25-million deal, with $16 million guaranteed.

How he fits: By trading Trent Brown to the Patriots, the Raiders opened up a big hole at right tackle. Schwartz, who the Chiefs cut last week in a salary cap dump, is still an effective player and would help solidify the Raiders’ tackle position opposite Kolton Miller.

Competition: A deep draft class and growing group of free agents at tackle will benefit the Raiders, as the available talent could be greater than the suitors. The 49ers could be in the mix for Schwartz ifTrent Williams leave San Francisco.

Prediction: The Raiders upgrade at right tackle on a two-year, $16 million contract, with $11 million guaranteed.

Why he fits: The Raiders received great value from Agholor on the one-year deal at the veteran minimum. Paired with Derek Carr in Jon Gruden’s offense, he became a go-to receiver and a veteran presence. The Raiders can ill afford to take a step back offensively, and Agholor offers reliability, production and a deep ball threat in an otherwise young Raiders receiving corp.

Competition: The market will be flooded with wide receivers, and a deep draft class only adds to the talent pool. Agholor will have suitors, but no one is expected to overpay.

Why he fits: Good filled in admirably for Trent Brown at right tackle and Richie Incognito at left guard last year, and with Gabe Jackson likely out the door and Incognito no longer on the roster — for now — the Raiders need Good and the continuity he brings.

Competition: Good offers great value for a number of teams, but with an overstocked market both in free agency and the draft, his options outside of the Raiders will be limited.

Prediction: The Raiders bring Good back on a two-year $3-million deal.

Why he fits: Morrow took a big step forward in pass coverage and run defense last year and filled in nicely when Cory Littleton and Nick Kwiatkoski were out of the lineup. He fits as an up-and-coming linebacker at a moderate cost, able to hold down a starting role in the Raiders’ base defense or, should the Raiders add a better option in the draft, a reserve off the bench.

Competition: Morrow is expected to test the market, but with a diminished salary cap and a glut of veteran linebackers available, his best bet is likely returning to a team he fits well,

Prediction: The Raiders bring Morrow back on a two-year, $6-million contract, with $3 million guaranteed.