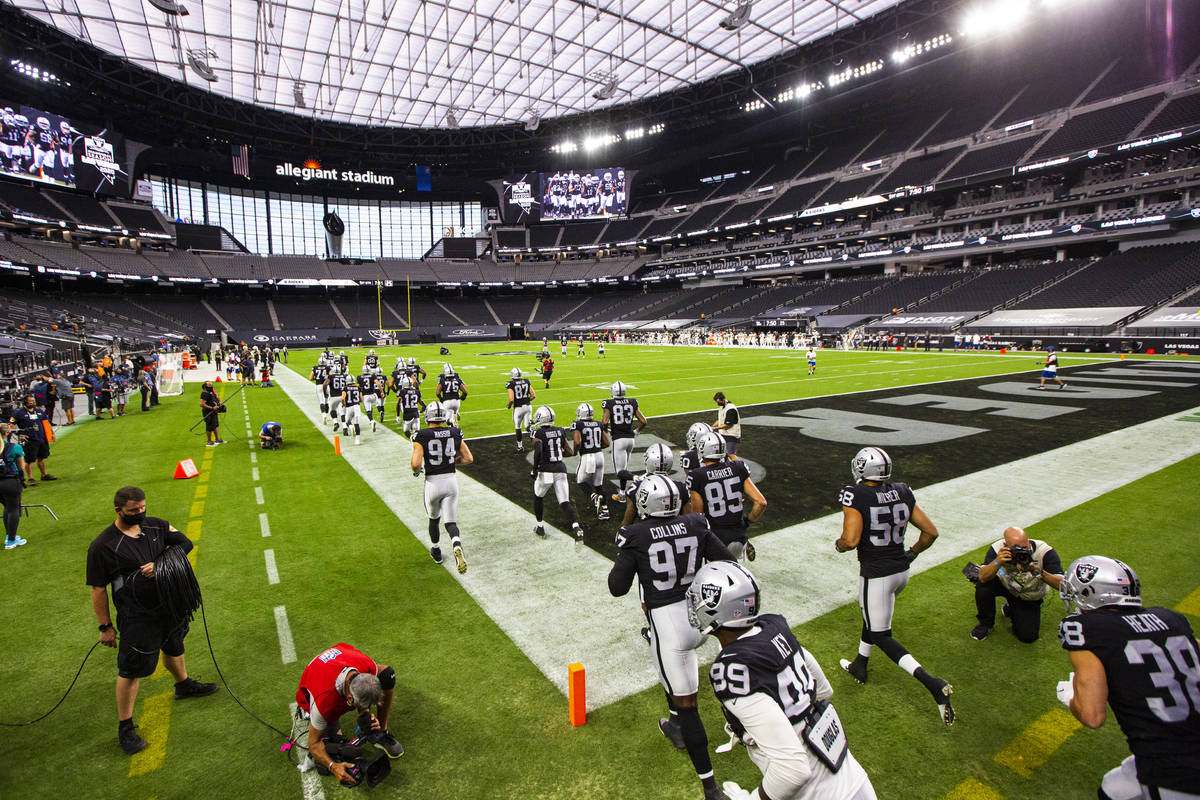 Las Vegas Raiders players run on to the field for the start of their home opening NFL game against the New Orleans Saints at Allegiant Stadium in Las Vegas on Monday, Sept. 21, 2020. (Chase Stevens/Las Vegas Review-Journal) @csstevensphoto

Allegiant Stadium will play host to an additional prime-time game this season, the league announced Monday.

The Raiders’ home game against Miami will be played at 5:15 p.m. on Saturday, Dec. 26, and will be broadcast on the NFL Network.

Both teams are in the mix for an AFC playoff berth. The matchup could be pivotal in the wild-card race.

The Raiders hosted the Saints on Monday Night Football in September, a broadcast that showcased the team’s home opener in its new venue.

Sunday Night Football brought another prime-time game to Allegiant Stadium when the Raiders dropped a heartbreaker to the Chiefs on Nov. 22.

Las Vegas lost out on hosting another prime-time game when the league moved an October game against the Buccaneers to the afternoon out of concern the game might have to be rescheduled.

Two additional games will air on Dec. 26. The Buccaneers travel to Detroit to play the Lions at 10 a.m. and the Cardinals host the 49ers at 1:30 p.m. in what could be a key NFC West matchup.

NFL Network will air the game between Tampa Bay and Detroit. The game between Arizona and San Francisco will stream exclusively on Amazon Prime Video and Twitch.

The Raiders’ game will also air locally on KSNV-TV (Channel 3).