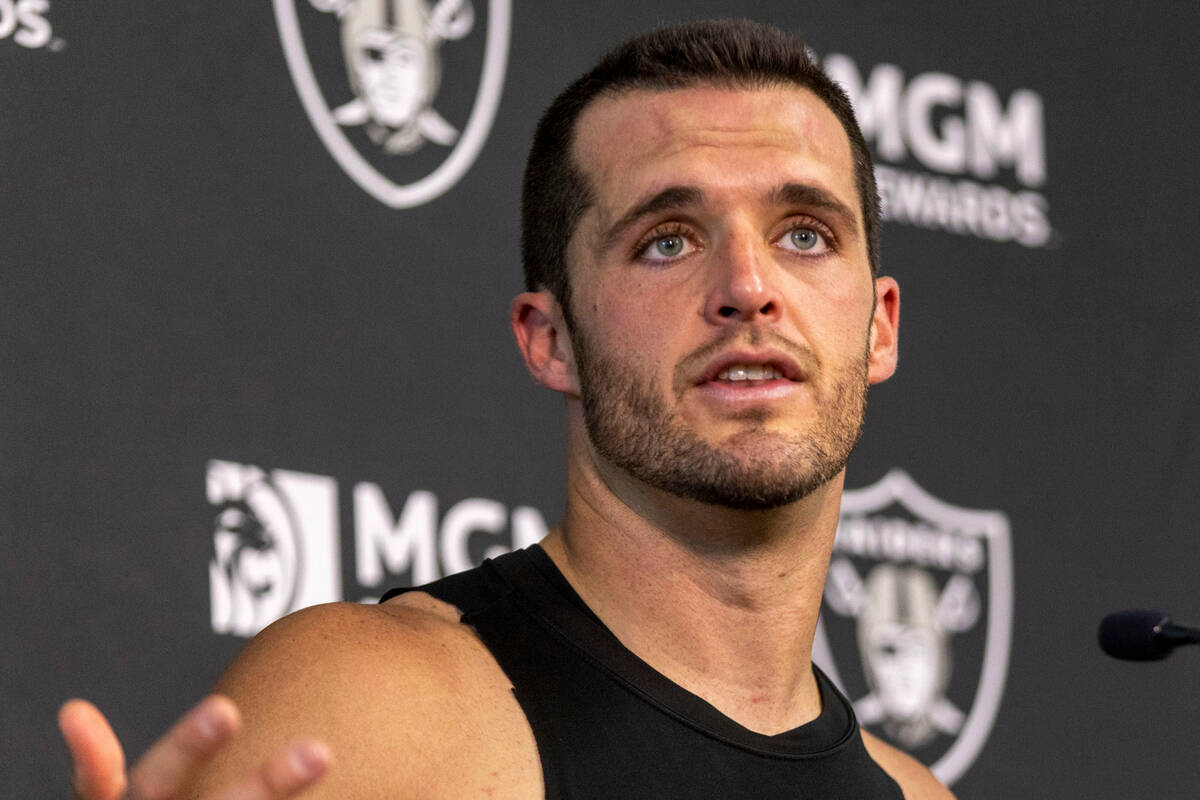 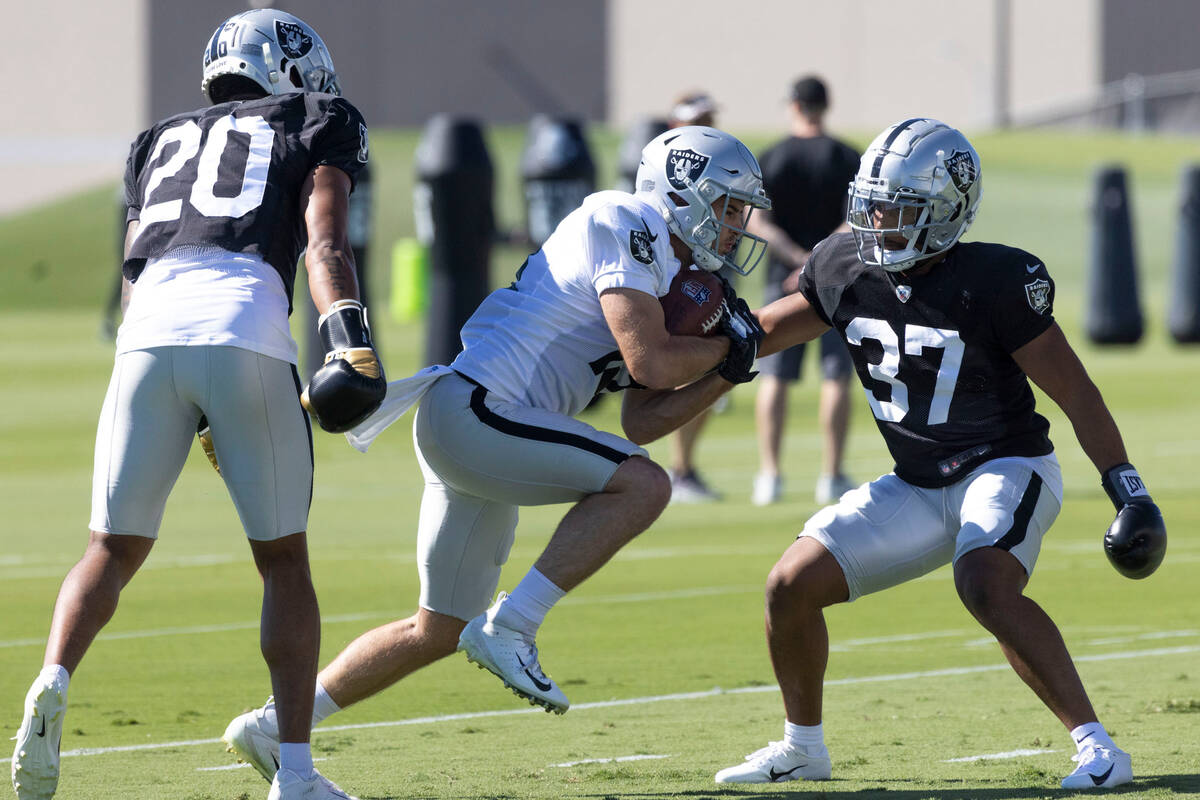 Raiders wide receiver Hunter Renfrow (13) holds on to the football as safety Isaiah Pola-Mao (20) and cornerback Tyler Hall (37) look to punch out the ball during practice at the Intermountain Healthcare Performance Center on Wednesday, Oct. 19, 2022, in Henderson. (Heidi Fang/Las Vegas Review-Journal) @HeidiFang 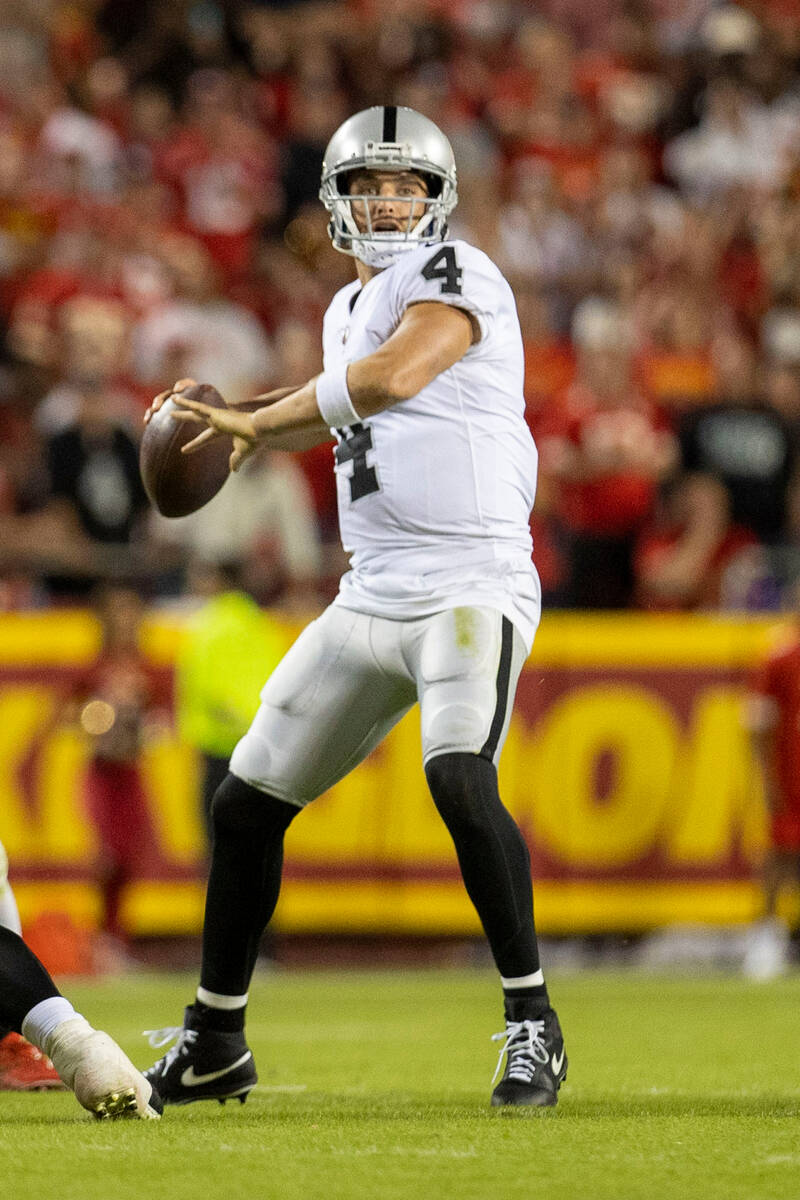 Raiders quarterback Derek Carr (4) makes a throw during the second half of an NFL game against the Kansas City Chiefs at GEHA Field at Arrowhead Stadium on Monday, Oct. 10, 2022, in Kansas City, Mo. (Heidi Fang/Las Vegas Review-Journal) @HeidiFang 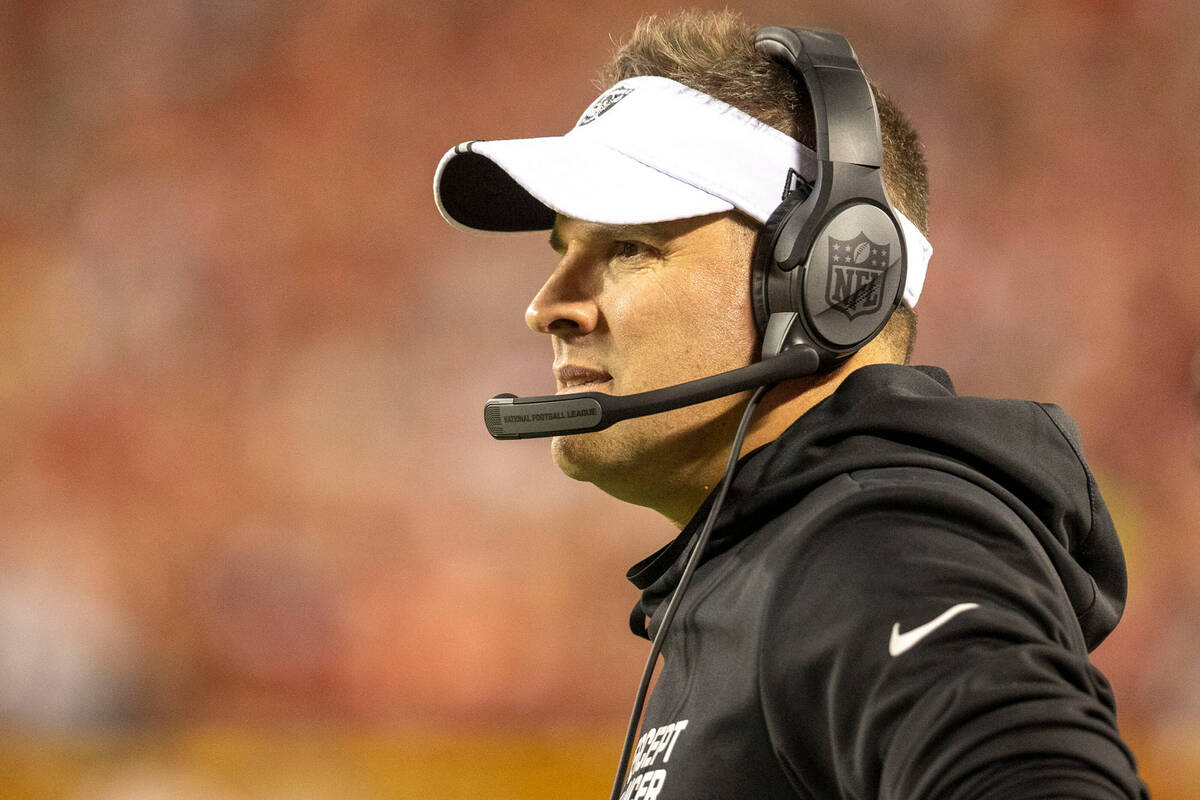 Raiders head coach Josh McDaniels looks on from the sideline during the second half of an NFL game against the Kansas City Chiefs at GEHA Field at Arrowhead Stadium on Monday, Oct. 10, 2022, in Kansas City, Mo. (Heidi Fang/Las Vegas Review-Journal) @HeidiFang 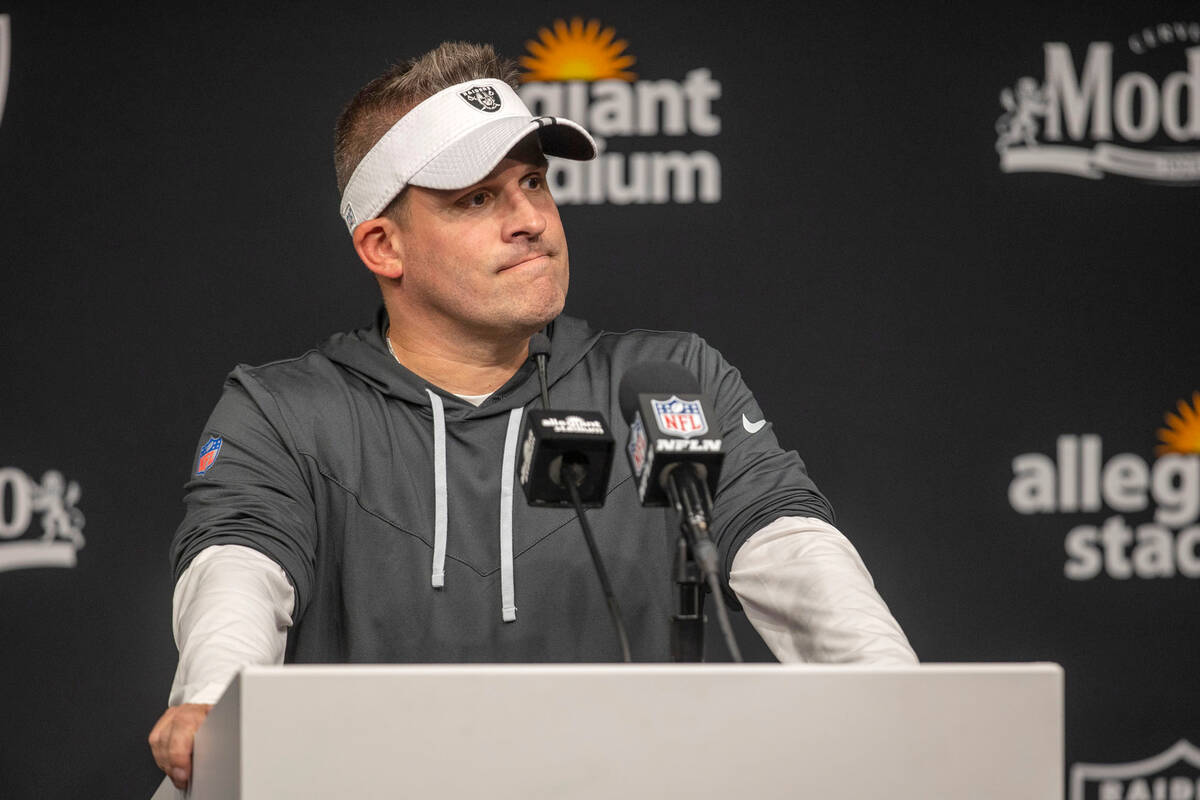 Davante Adams never did make it clear whether he approached the film study with apprehension.

Or if the Raiders wide receiver had any preconceived notions before taking a deep dive into the Raiders’ first five games of the season as part of the self and team assessment he did during the bye week.

Not that it really matters much, especially given his primary takeaway after reviewing a segment of the Raiders’ season that produced one win in five games and the second-worst record in the NFL.

Where one would imagine the feeling of hopelessness, Adams felt hope.

“I actually got a really good feeling from watching the tape,” he said.

That might sound like crazy talk given the Raiders’ 1-4 record, but Adams said he firmly believes there are numbers and analytics and things popping up on film that back up his confidence that the Raiders are close to turning things around.

“Obviously, when you look at the record, none of us are happy about that part,” Adams said.

Not far underneath the bitterly disappointing won-loss mark, though, Adams sees reason for optimism. Several NFL analysts and rating systems put the Raiders closer to the middle of the pack than the bottom.

“Not that there’s any moral victories in this, but even when you look at the power rankings, the fact that they have us where they have us after one victory shows that there’s something we’re doing out there that people are taking notice of, and just not finishing to the best of our abilities,” he said.

The failure to close the deal has resulted in four losses by a total of 14 points. Undoubtedly that is cause for frustration, but also perspective.

As quarterback Derek Carr put it: “We didn’t win as many games as we thought we would have, to this point. That’s for sure. But it’s all within so many points. We know that we’re close.”

Carr felt that in real time. But even more so during the self-reflection the Raiders did as a group during the bye week.

“To self-scout. To look at ourselves,” Carr said. “And really, just be honest about it.”

The trick now is closing games rather than letting them slip from their grasp.

As Raiders coach Josh McDaniels explained, that will require a litany of improvements in the handful of areas in that have sabotaged the Raiders.

Like the six false starts and four holding penalties the Raiders have committed among their 34 overall infractions so far.

“Which have put us in a lot of long-yardage situations,” McDaniels said. “More third-and-longs than you ever want to be in to start a season.”

Or the difficulty the Raiders have had in collectively rising to the occasion at some key moments. Darren Waller dropped what should have been a touchdown in a close loss to the Titans.

Adams and Hunter Renfrow literally ran into one another on fourth down against the Chiefs late in the fourth quarter. Rather than Adams breaking free for a touchdown or to put the Raiders in field goal position, Carr’s long throw fell to the ground, and the Raiders lost to Kansas City 30-29.

“Making smart decisions,” McDaniels said. “Playing with great technique and focus to try and limit the amount of times you’re hurting yourself offensively.”

“Our ability to play better in the red zone on both sides of the ball is obviously something that’s going to be of importance to us moving forward,” McDaniels said. “And we’re going to to to address that each day in practice.”

As the Raiders went through their first practice off the bye week Wednesday, some of those situations came up.

“And we did some of those things well,” Carr said. “And so you hope you can be a better football team as you keep correcting those things that come up.”