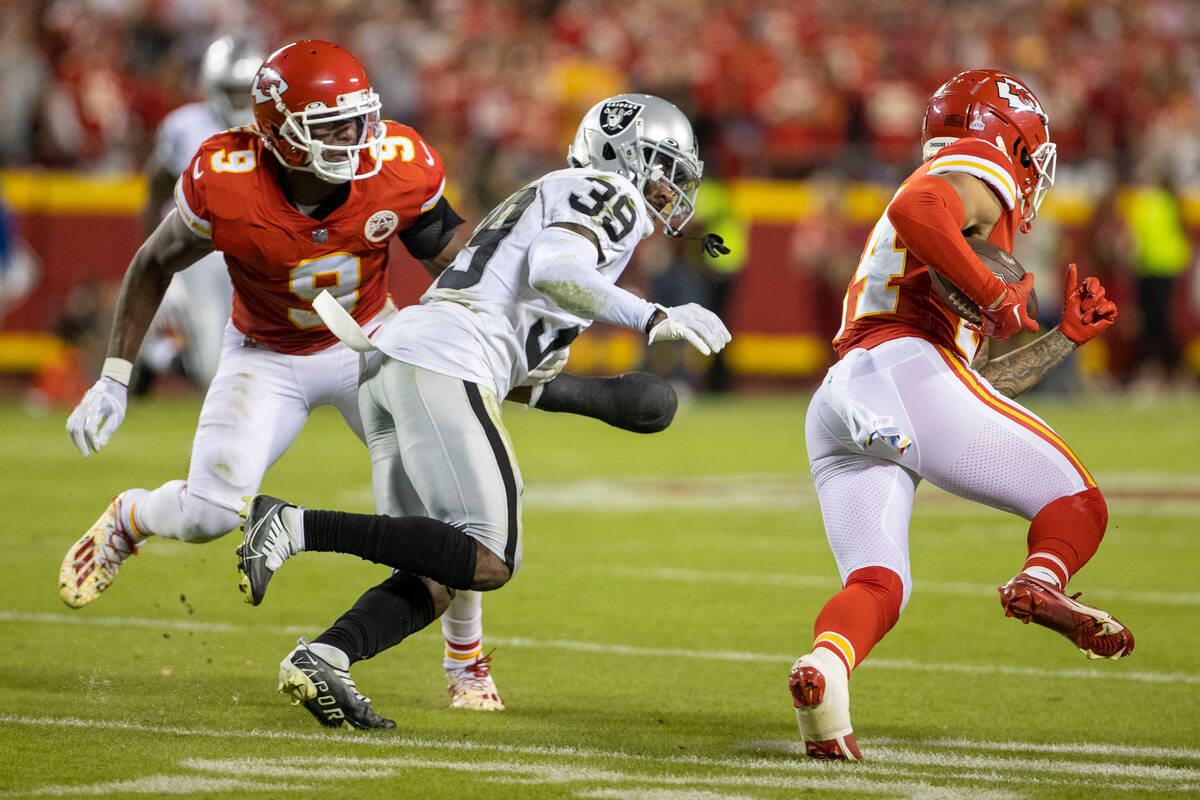 The Raiders activated cornerback Nate Hobbs to the active roster Saturday, making him eligible to play in Sunday’s game against the Chargers at Allegiant Stadium.

Hobbs has been on the injured reserve list since Oct. 17 after undergoing surgery to repair the broken hand he suffered against the Chiefs on Oct. 10. He has been sidelined for the Raiders’ last six games, including last week’s win over the Seahawks after Hobbs got sick during the week leading up to the game.

To make room on the 53-man roster, the Raiders put guard Lester Cotton on the injured reserve list. He was limited in practice this week with a calf injury.