The Raiders have not yet extended Darren Waller's contract, but the star tight end did not express frustration as he spoke to media about that at the USAA Salute to Service event during the 2022 NFL draft. (Heidi Fang/Las Vegas Review-Journal) 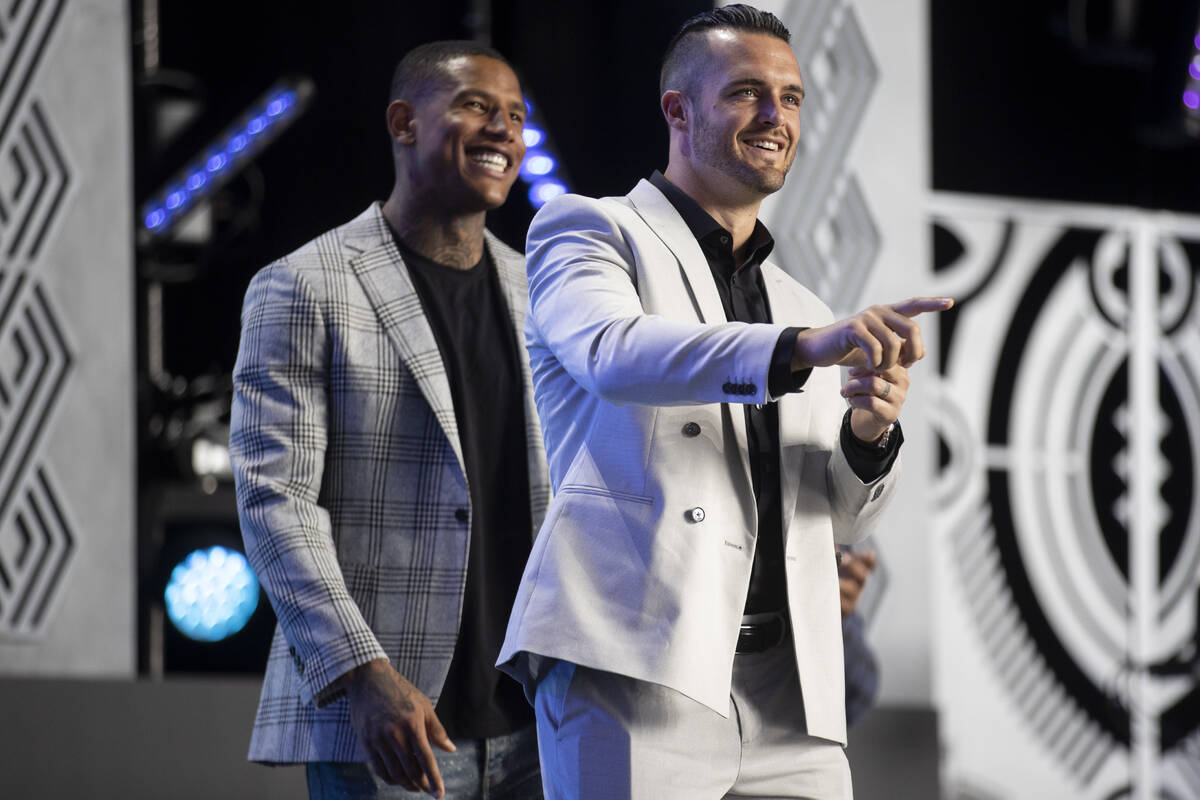 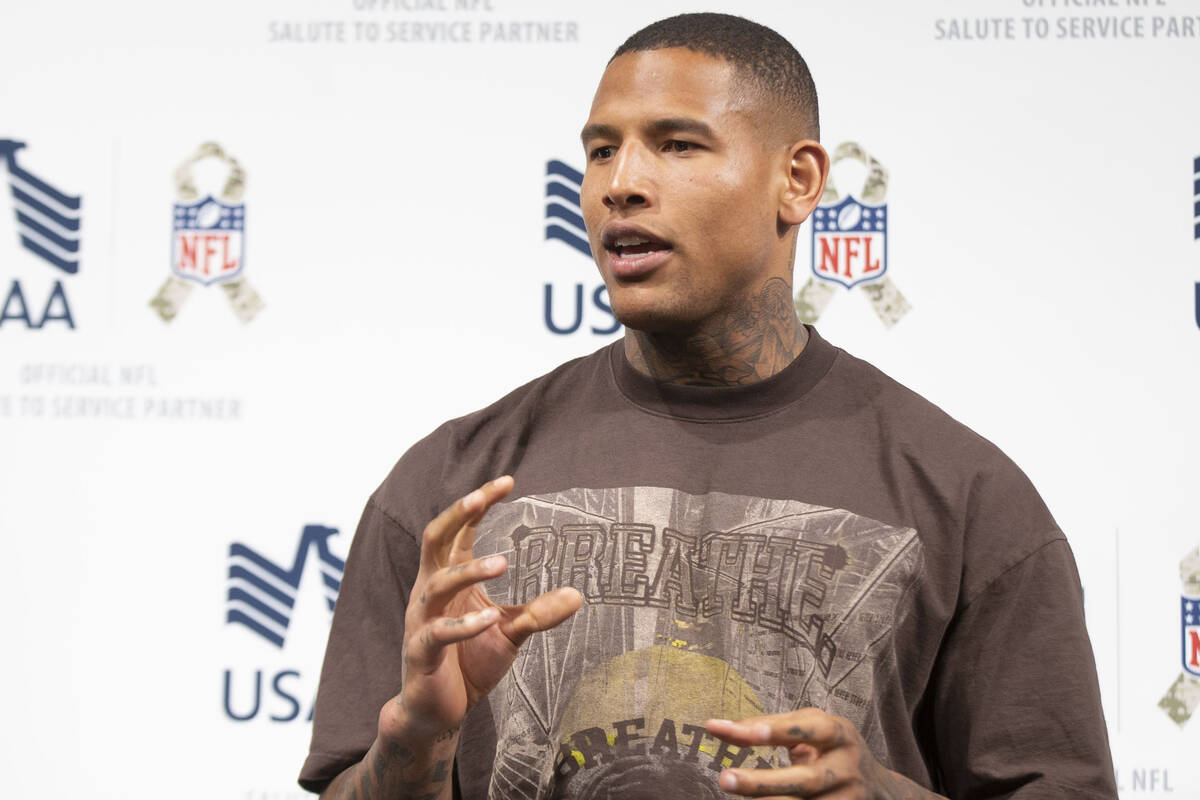 Raiders tight end Darren Waller speaks to media during an appearance at the USAA Salute to Service event during the 2022 NFL draft on Thursday, April 28, 2022, at Allegiant Stadium in Las Vegas. (Heidi Fang/Las Vegas Review-Journal) @HeidiFang

Not that there was any actual suspense about whether the Raiders would part with Darren Waller to move back into the first round of the NFL draft on Thursday.

But if you were experiencing any faint anxiety about the team trading its star tight end in the hours leading up to the draft, Raiders owner Mark Davis extinguished it by declaring there was nothing going on with Waller other than that “he’s a Raider.”

“Darren is a really important part of our team,” McDaniels said. “I’ve loved my time being around him. He’s a Raider. He’s going to be a Raider. We’re looking forward to what we’re going to do together.”

With that, any remaining speculation about a trade between the Packers and Raiders involving Waller was squashed. That left the Raiders, who sent their first- and second-round draft picks to the Packers last month to acquire wide receiver Davante Adams, to spend Thursday night tracking the first round for any falling stars and cross-checking their draft board as the first round unfolded.

What they ultimately learned is that their big board lined up with how the rest of the league saw the first 32 picks. As McDaniels explained, that is indicative of the work general manager Dave Ziegler and his staff put in over the last few months.

“Dave and his crew have done a great job of setting up the board and putting the proper grade on players,” McDaniels said. “Honestly, the guys that we thought would get selected got selected for the most part.”

That left the Raiders to gather a bit late Thursday and begin the process of preparing for Day Two. They do so confident that there is ample talent available.

“There’s some really good football players that are going to go tomorrow and going to go Saturday,” McDaniels said. “There’s plenty left on the board, that’s for sure.”

As of now, the Raiders won’t execute their first pick until the 86th selection in the third round. However, given the high number of trades that went down on Thursday, the chance of the Raiders moving either up or down isn’t out of the question.

In all, nine trades were executed on Thursday. With the Raiders drafting so late in the process, though, it wasn’t like anyone around the NFL was burning up their phone line.

“Other than them checking to make sure this was the Raiders,” McDaniels joked.

The heart of this year’s draft appears to be in the middle rounds. It would not be a surprise if the Raiders opt to turn the five picks they have into seven or eight by trading down.

As the draft moves into Day Two — which consists of the second and third rounds — there is still plenty of value on the board.

The Raiders have vowed to adhere to a best player available mandate, so they can go in any number of directions with that pick.

That said, they have big needs along the offensive line, at linebacker and in the secondary.

Among the players still available that have been slotted in and around where the Raiders pick in the third round are tackles Luke Goedeke (Central Michigan) and Abraham Lucas (Washington State), Memphis guard Dylan Parham and University of Texas-San Antonio CB Tariq Woolen.

“I think there’s enough guys up there that we’re going to have interest in,” McDaniels said. “However it falls, we’ll be comfortable.”