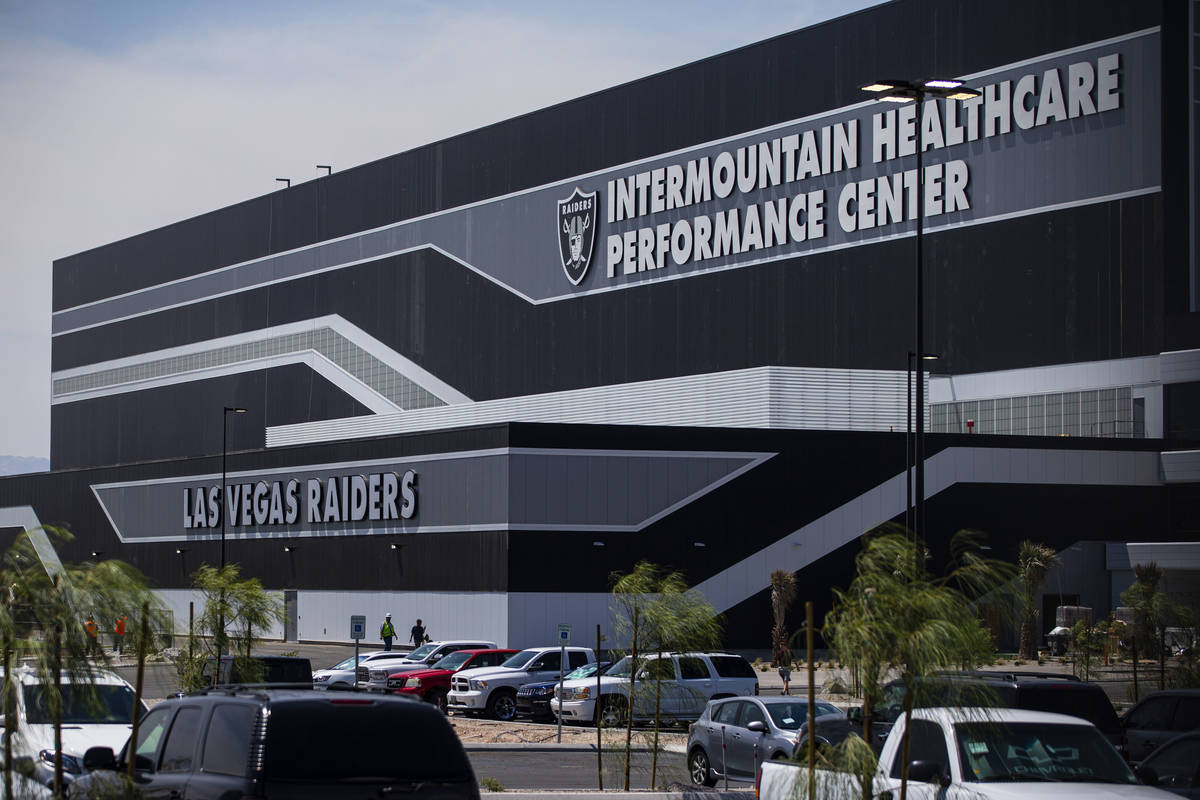 On his first day of work at the Raiders’ new state-of-the-art headquarters, Mike Mayock said he did a bit of a double take as he pulled into the parking lot of Intermountain Healthcare Performance Center.

It was just after 5 a.m. Monday and the general manager was surprised to see he wasn’t among the first staffers to arrive.

Far from it, in fact.

“There were already a bunch of cars in the lot,” Mayock said.

Monday marked the official opening of the team’s 335,000-square-foot Henderson facility to approximately 70 members of their football operations staff — among them Mayock, coach Jon Gruden and his staff.

The facility, which broke ground 18 months ago, is one of the centerpieces of the Raiders’ journey in Las Vegas. The other jewel, Allegiant Stadium, their $2 billion 65,000-seat stadium, is set to open in 39 days across the freeway from the Las Vegas strip.

It made sense that so many staff members were eager to mark the milestone.

“It’s a magnificent building,” Mayock said. “It’s hard to put into words, and honestly I have to still get used to it because it’s so big and so different from what we’re used to. But it’s amazing.”

It also was the first time the football staff met in the same building since late March, when COVID-19 forced the closures of NFL facilities across the country.

Since then, it’s been a daily dose of Zoom meetings and phone calls and text messages as Mayock and Gruden and their staffs navigated through the most unique offseason in NFL history.

That changed on Monday, when a jolt of adrenaline created a day-long buzz throughout the building.

“To me that was the biggest thing,” Mayock said. “As much as I love this new building and how much I want to get used to it and get comfortable with it, the biggest thing is just being around the guys. We’ve seen each other on Zoom calls for too long now.

“And all that was cool and it was awesome, but there’s nothing like the energy you have when you’re together. Then you combine that with the energy of the new building and everybody’s so excited. It’s really cool.”

The next step is getting the players in the building, although it’s unlikely that will happen until the opening of training camp in late July.

“I think a lot of the players, when they walk in here, they’re gonna say ‘wow’,” Mayock said. “We have so much meeting space. The food is off the charts. Our training and rehab area is completely different. I think we’re going to have the ability to give our players the first class treatment and that’s what’s really exciting.”

The backdrop, of course, was the ongoing COVID-19 crisis. Like all NFL teams in re-opening their facilities, the Raiders are adhering to many health and safety protocols. Among them, no more than 100 employees are allowed in the building, everyone gets their temperature taken and masks must be worn at all times.

Aside from the obvious safety precautions, though, there were plenty of day one highlights.

Including the lunch Mayock and some staffers took while overlooking the 150,000-square-foot indoor fieldhouse the Raiders can use it’s just too hot outside.

“Just state of the art everything,” Mayock said. “I think our energy excitement level is at an all time high.”